Accessibility links
At SXSW, Democratic Candidates Target Tech Giants, Who Are Major Party Donors Silicon Valley has emerged early as a presidential campaign issue among Democrats at SXSW. Calls to regulate tech put the party in an awkward position, given its reliance on tech donors. 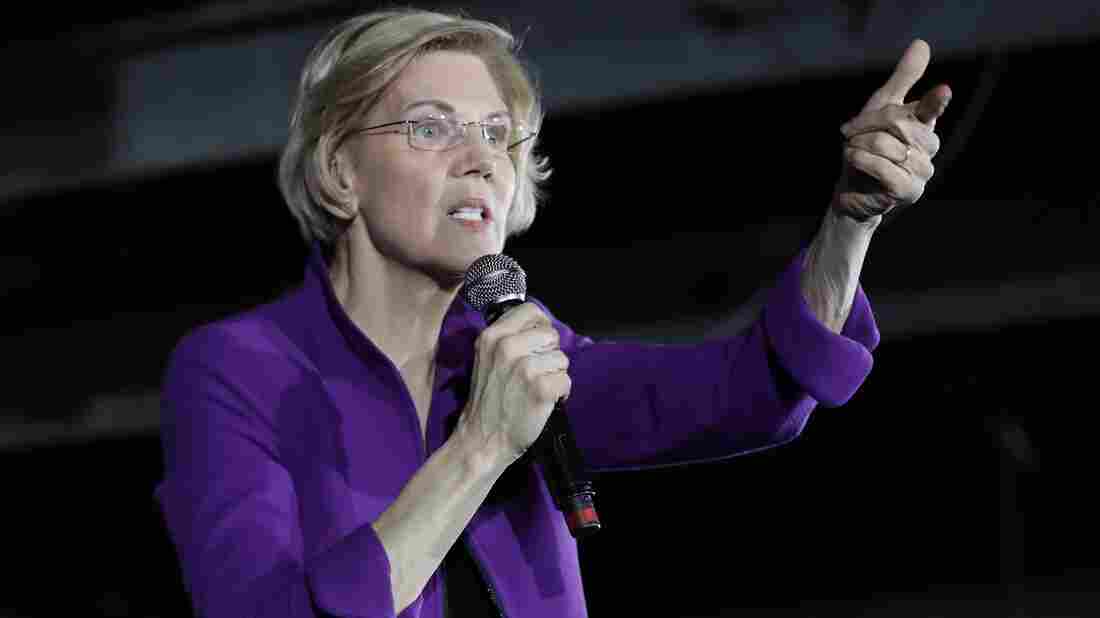 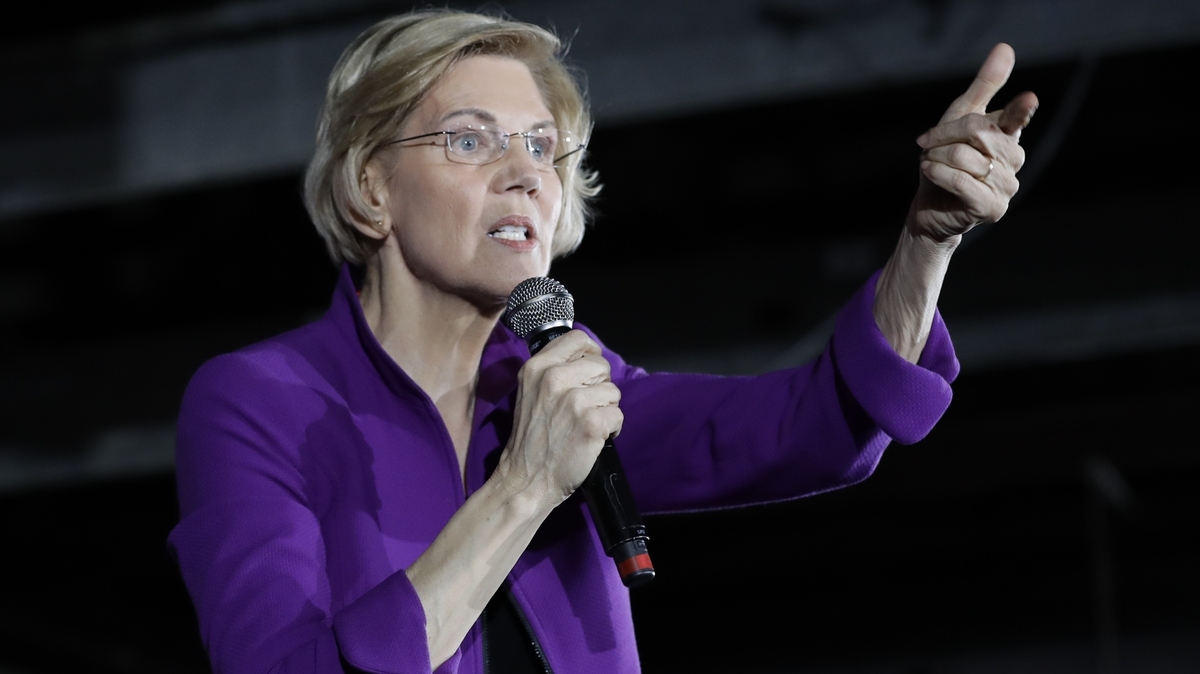 Over the weekend in Austin, Texas, South by Southwest became a major presidential forum. More than half a dozen candidates showed up to the annual music, arts and technology convention. Democrats competed with each other to be the tough-on-tech candidate, a development in line with the party's move to the left but at odds with its reliance on tech donors.

Hundreds of fans cheered as Sen. Elizabeth Warren hopped on stage. She had just rallied in Queens, N.Y., where Amazon pulled its plan to build a new headquarters in the face of protest. Now, at a conference full of tech workers, she came with the same message: Break up the tech giants; they're killing competition.

"We want to keep that marketplace competitive, not let a giant who has an incredible information advantage and a manipulative advantage be able to snuff you out," she said at the political event sponsored by SXSW and The Texas Tribune.

Amazon is her Exhibit One. The popular site for shopping is increasingly becoming the maker of products. AmazonBasics offers everything from bed frames and yoga mats to jumper cables. Warren is against a single company running the marketplace and manufacturing the goods sold because, according to her, that's too much power in too few hands.

While consumers benefit from low prices, small businesses are losing. The audience broke into laughter and thunderous applause when Warren said that under her leadership, the losers would change. "The monopolist will make fewer monopoly profits. Boo hoo!" 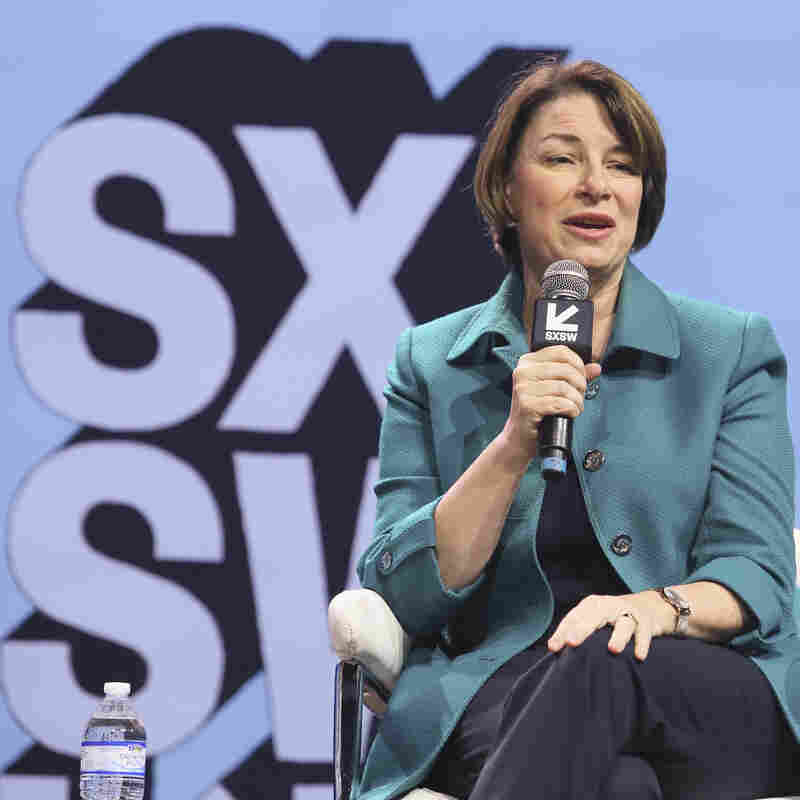 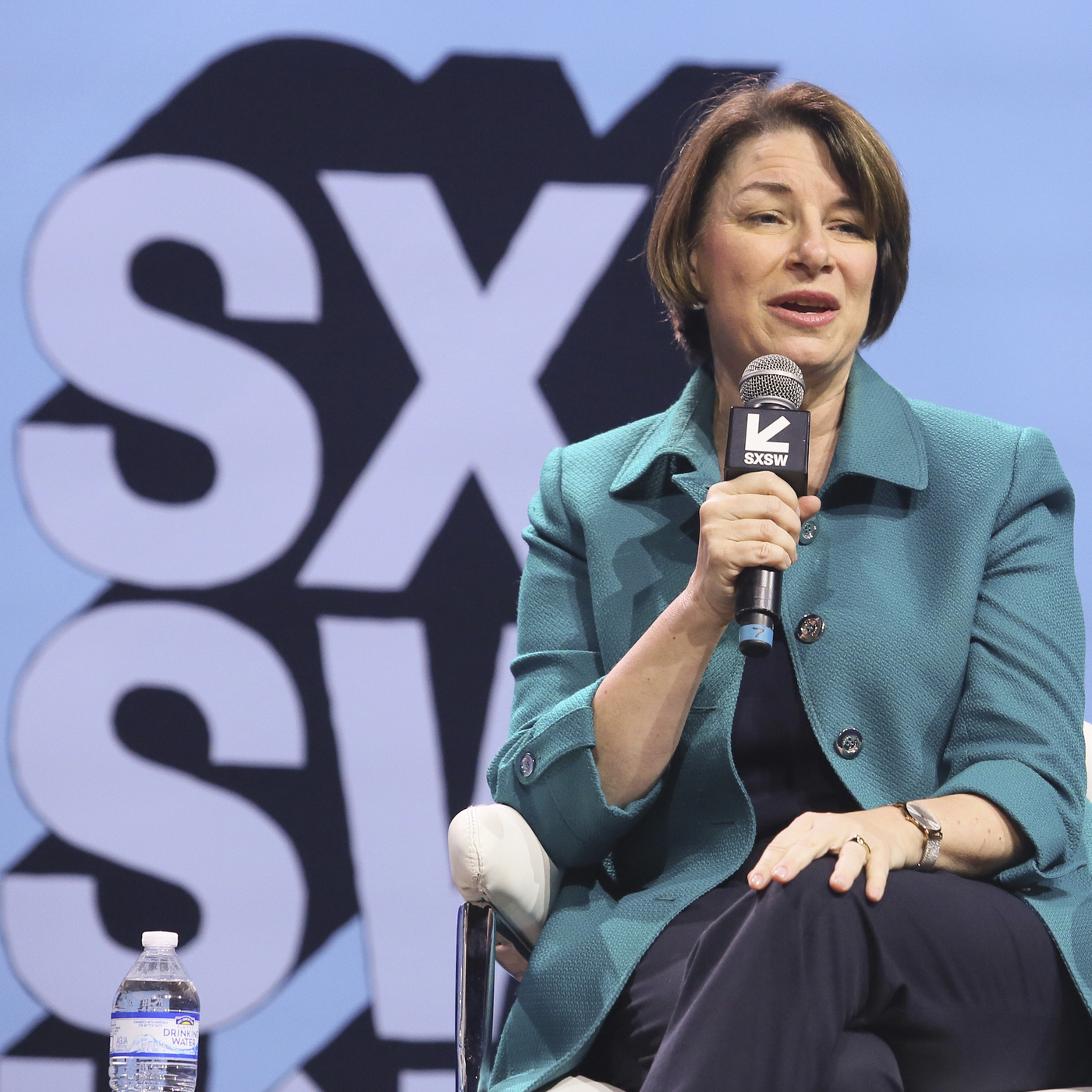 After years of scandal — privacy violations, election interference, mega hacks — Silicon Valley has emerged, early on, as a presidential campaign issue. Warren's call is pushing her party to the left, a place where many Democrats aren't ready to go given the party's reliance on tech donors.

In the 2018 midterms, tech companies clearly favored Democrats over the GOP: 69 percent of Amazon money went to Democratic federal campaigns, as did 79 percent of Facebook money and 83 percent of Alphabet (parent company of Google) money.

"It's going to be awkward," said Sheila Krumholz. "They're doing a dance."

Krumholz directs the Center for Responsive Politics, which tracks campaign finance. The dance is this: appeal to voters to raise money online, but don't burn bridges with top executives. "Not everyone will be able to depend on a strategy that deploys populist messages aimed at driving so many small online donations that together they provide a huge portion of the funds," she said.

Sen. Kamala Harris, who's leading Warren in polls, is one of the few candidates in the crowded primary with star power. Harris has spent years as a state attorney general and senator advocating for stronger data privacy. But her home base is California and, strategists say, Silicon Valley is the ATM. According Krumholz, Harris may be waiting to see whether the leftist position pays off or if a "more moderated approach" brings in more dollars.

But she also has aggressively sponsored bills in the Senate to regulate the industry, by blocking mergers and making it easier for consumers to opt out of data collection, among others. She came to SXSW with another bold new idea: every time a tech giant such as Facebook or Google makes ad money, by selling access to user eyeballs, make the company pay.

"There should be some kind of a tax on it," she said. She also acknowledged the tax proposal would not be popular among industry executives. "They're going to scream when they hear this."

While she was not prepared to embrace the call to break up big tech companies, Klobuchar says she wants to "unleash" antitrust investigations and has sponsored legislation to better fund federal regulators.

Andrew Yang, a candidate virtually unknown outside tech circles, packed his room at SXSW. While he described Warren's anti-monopoly position as "unimaginative" and "retrograde," he too believes in taxing tech. Yang says because artificial intelligence is destroying jobs, the tech industry should pay for a universal basic income.

"We have to start devising a system that helps more Americans share in the gains from growth in companies like Amazon, instead of just being able to access cheap goods," he said.

Democratic candidates are experimenting with how tech regulation translates into stump speeches. Klobuchar and Yang's messages didn't excite people as much as Warren's blunter call. Her speech ended in a mob of adoring fans, including a few tech workers, who embraced her, pledging their support and money, and asking for selfies. As a party, the challenge will be to galvanize supporters in tech while taking on the industry.