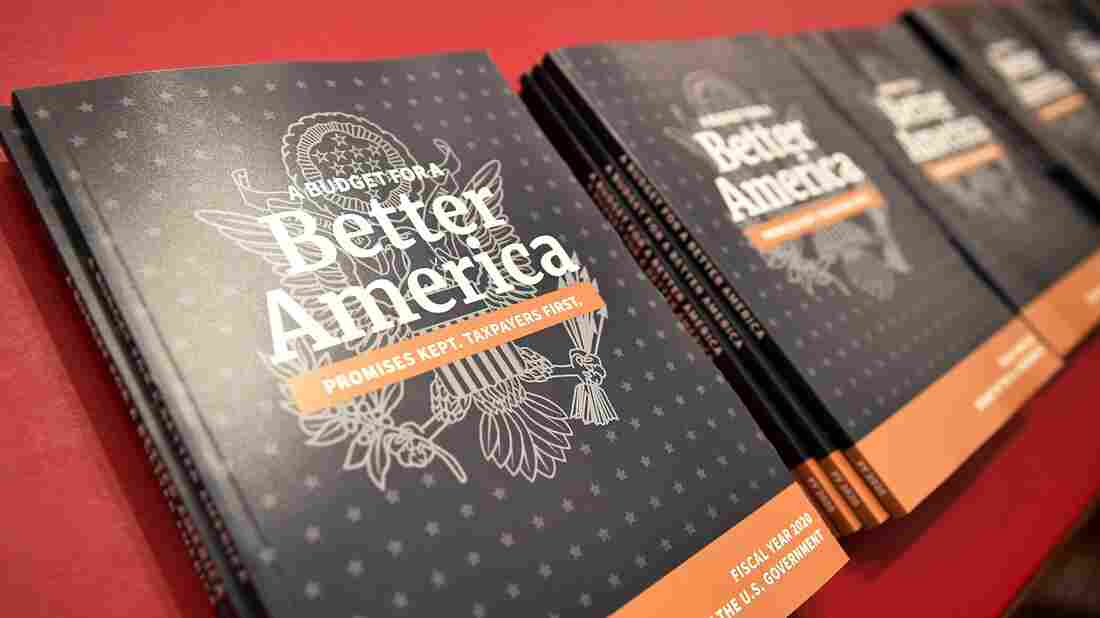 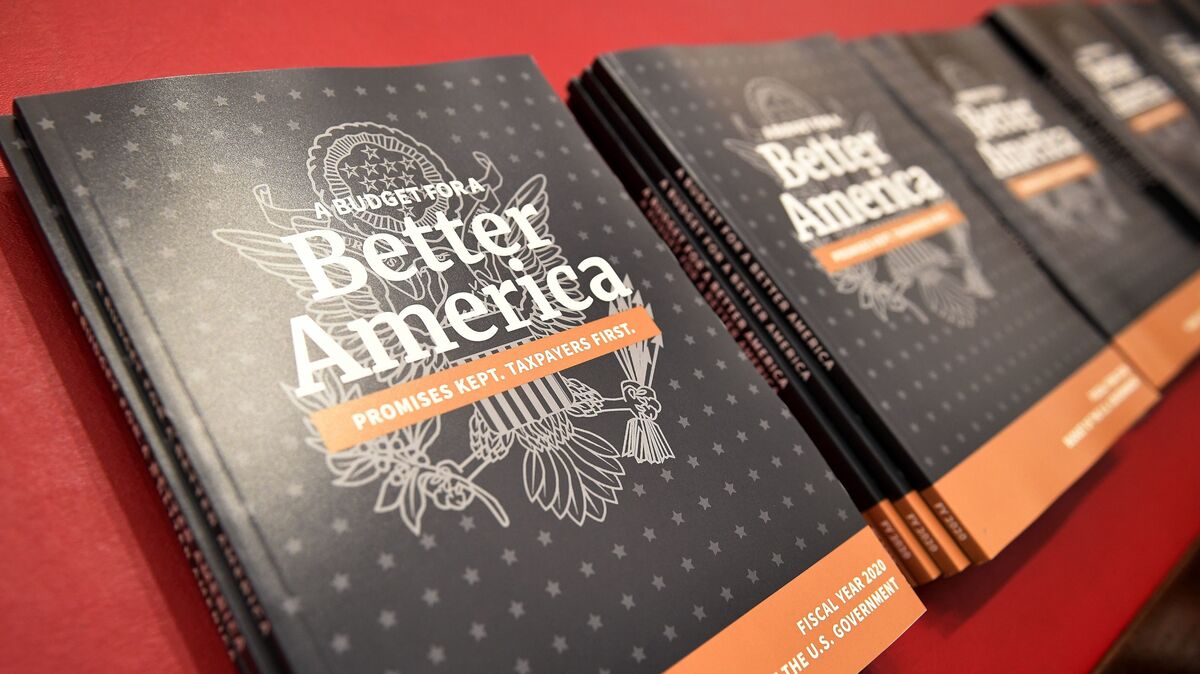 President Trump's budget proposal for 2020 calls for $8.6 billion in new border wall funding, a signal that the White House is not backing away from a demand that triggered a 35-day government shutdown.

The border wall is just one flashpoint in the president's $4.7 trillion budget blueprint. Trump is also calling for a 5 percent boost in military spending along with deep cuts to domestic programs and foreign aid.

"In a time of $1 trillion deficits, we can no longer afford some of these activities," acting White House Budget Director Russell Vought told Morning Edition.

"We need to continue to secure the country," Vought told reporters at the White House. "But at the same time, we're also going to say that we have many, many programs that are wasteful and inefficient that we can no longer afford."

Congress largely ignored previous Trump budgets, even when Republicans were in full control. That's practically certain to happen now that House Democrats have a shared grip on the purse strings.

"What the administration is saying is we need to spend a lot more in defense, but things like education and job training and environmental protection and infrastructure are unimportant for the nation's well-being," said Sharon Parrott, a senior fellow at the left-leaning Center on Budget and Policy Priorities. "I think most in Congress are going to reject that formulation, and I certainly don't think it is one that is in the best interest of the American people."

While the president's budget is unlikely to be implemented, the document does carry some weight as a signal of Trump's priorities. In addition to building the border wall, the administration wants to impose work requirements on programs such as food stamps, housing assistance and Medicaid.

In passing the Farm Bill last year, Congress rejected the idea of adding work requirements to food stamps. But the administration is working to impose the requirements on its own.

"The research really shows that these requirements don't do much to improve employment outcomes and do a lot to increase hardship among people who are already really struggling," Parrott said.

Trump promised during his presidential campaign to balance the federal budget. But instead, the deficit has ballooned on his watch as a result of increased spending and the GOP tax cut. The White House projects that the deficit will exceed 5 percent of GDP this year — unusually high for a country not mired in recession or widespread war. And despite the administration's rosy economic forecast, the red ink is expected to keep flowing long after Trump leaves office.

"Even under really heroic economic assumptions, the savings in this budget aren't enough to put us on a really sustainable path," said Maya Macguineas of the Committee for a Responsible Federal Budget. "It would still have very large budget deficits at a time when the administration is assuming very strong economic performance."