Accessibility links
DNC Picks Milwaukee For 2020 Democratic Convention, A Symbolic Choice The decision to hold the 2020 Democratic National Convention in Wisconsin is a symbolic choice for a party that's been working to reverse its 2016 losses in the industrial Midwest.

Milwaukee's The One For Democrats

Milwaukee's The One For Democrats 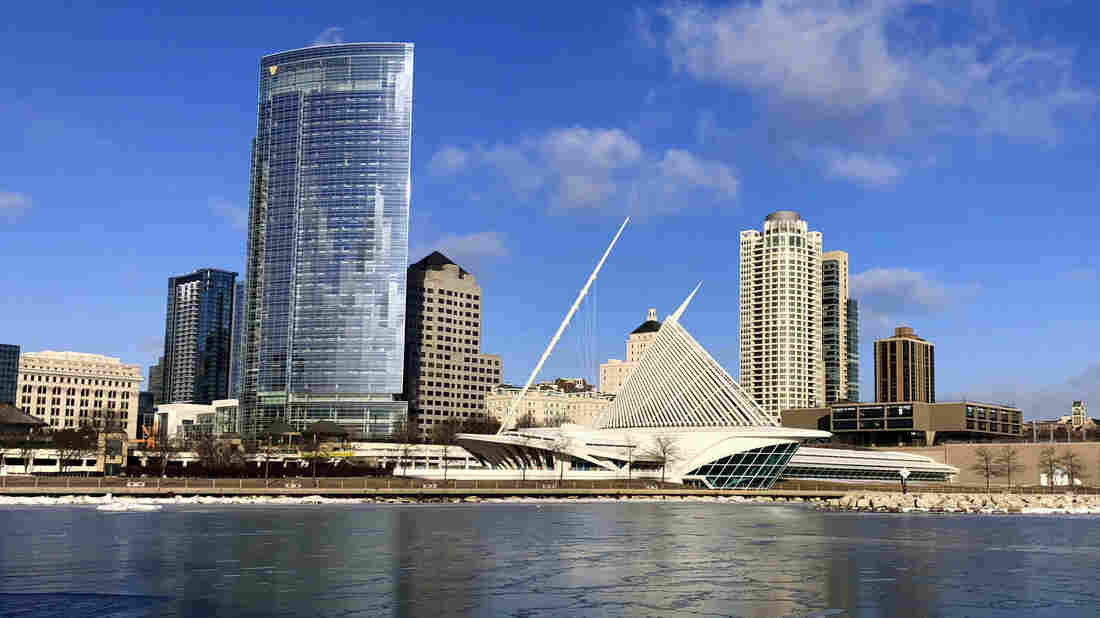 This Feb. 8, 2019 photo shows a view Milwaukee's skyline along Lake Michigan. Democrats selected Milwaukee to host their 2020 national convention on Monday, setting up the party's 2020 standard-bearer to accept the presidential nomination in the heart of the old industrial belt that delivered Donald Trump to the White House. Carrie Antlfinger/AP hide caption 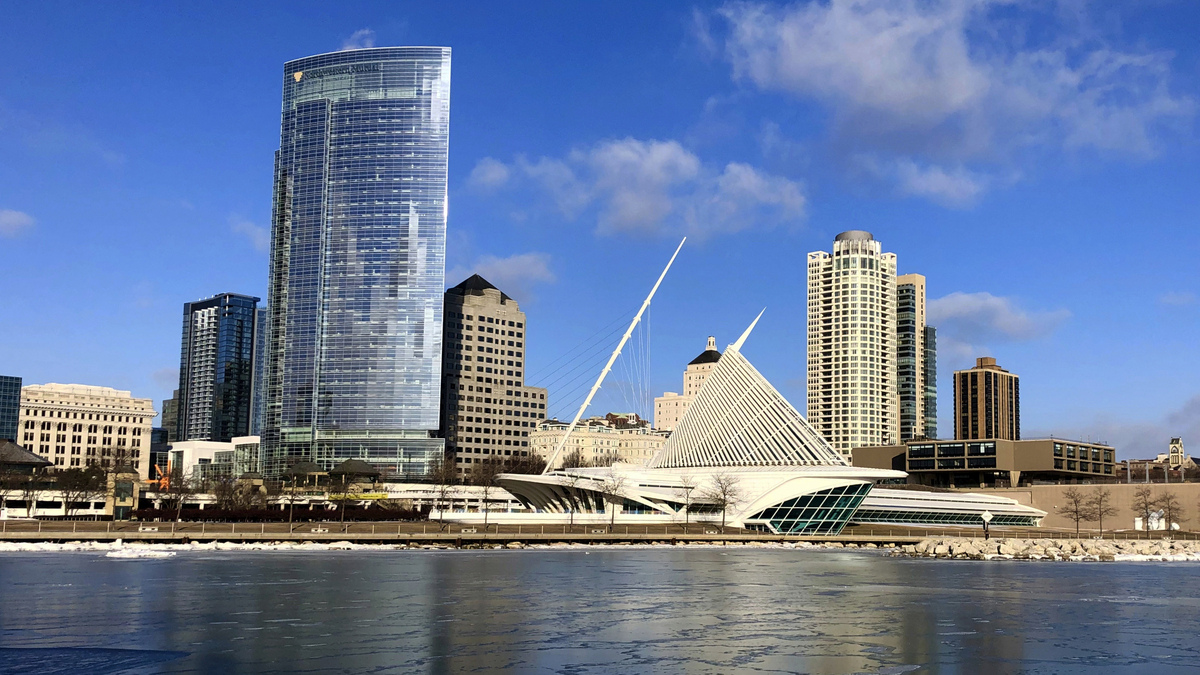 This Feb. 8, 2019 photo shows a view Milwaukee's skyline along Lake Michigan. Democrats selected Milwaukee to host their 2020 national convention on Monday, setting up the party's 2020 standard-bearer to accept the presidential nomination in the heart of the old industrial belt that delivered Donald Trump to the White House.

It wasn't the biggest city in the mix. Or the most diverse. Or the flashiest. But in the end, the winner is — Milwaukee!

Democrats have chosen the city on Lake Michigan as the site of their nominating convention to be held in the summer of 2020. It beats out two other finalists — Houston and Miami. Each of those towns had much to entice the DNC: plenty of hotel rooms, major arenas, event space, experience with major conventions. Each also has a large Latino population — voters Democrats need as a major element of any winning coalition in the next presidential election.

But Milwaukee, Wisc., while the smallest of the cities in the running, had something big going for it as well: symbolism. A chance for the Democratic National Convention to send a message that no voter will be taken for granted, that the upper Midwest is extremely important, and that the party looks to reverse Trump's very narrow, upset win in Wisconsin in the last election.

In some ways it's the Democrats looking for a "do over."

Wisconsin has long been one of those Midwestern states that the party could always count on being there for it during presidential years. In fact, for seven elections in a row, going back to 1988 when Gov. Michael Dukakis, D-Mass., was the party's nominee, Wisconsin voters awarded the state's electoral votes to the Democrats.

There was no reason to think 2016 would be any different.

Donald Trump treated the state like it was always in play. He campaigned there right up until the end (including attending five rallies in the campaign's final 100 days). By contrast, Democratic nominee Hillary Clinton left the Wisconsin campaigning to surrogates, making zero appearances there herself in the general election.

In the end, Trump carried the state by less than one percentage point — 47.2 percent to 46.5 percent.

Now comes 2020. Democratic candidates and potential candidates — Minnesota Sen. Amy Klobuchar and former Texas Rep. Beto O'Rourke — have already visited the state, more than a year ahead of the Wisconsin primary in April 2020. Others are already planning trips there according to state Democratic Party officials.

DNC Chairman Tom Perez, in a statement announcing the convention selection, described Milwaukee as a city of working people, saying the same of the Democratic Party. He pointed to the 2018 midterms, saying the Democrats used strong turnout to make gains in the state — including the defeat of two-term incumbent Republican Gov. Scott Walker.

"We saw in this last election what we can accomplish when we come together, invest, and fight for working people," Perez said, "and that was proven right here in Wisconsin."

So now comes the announcement that the Democratic National Committee, convention delegates, and hordes of media will pack hotels, sporting arenas, ballrooms, historic neighborhood bars, local restaurants (which still serve kielbasa and brats, along with trendier fare) for one of the year's marquee political events.

To be sure, it will be paired with an all-out intensive ground game by the Wisconsin Democratic Party in 2020. They know that they lost the state in 2016 because of lower than expected enthusiasm and turnout in urban areas such as Milwaukee, combined with high turnout for Trump in the state's rural areas.

A note of caution: Convention cities are a poor predictor of who wins in November. For example, the Democrats were in Philadelphia, Pa., in 2016, another hard loss for Clinton that November. In 2012, Republicans went to Tampa, Fla., while the Democrats headed to Charlotte, N.C., and both parties failed to turn their conventions into statewide victories. The track record remains checkered as you go further back in time.

Still, look for the 2020 DNC to drive home to Wisconsin voters that they are critical to denying President Trump a repeat victory in the state. We can likely count on the state to get plenty more attention from the Democratic nominee well beyond the convention, unlike last time.