Accessibility links
'Manhunt' Highlights The Teamwork That Took Down A Serial Killer A new British mini-series takes a murder that became a tabloid spectacle in the United Kingdom and transforms it into a deft primer on the unspectacular reality of police work. 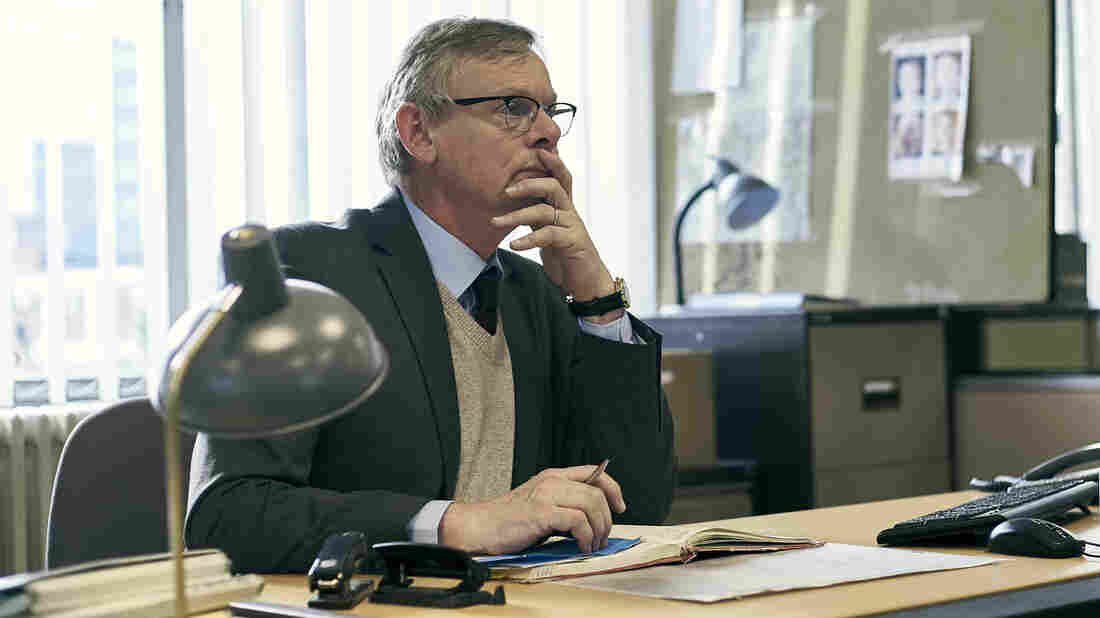 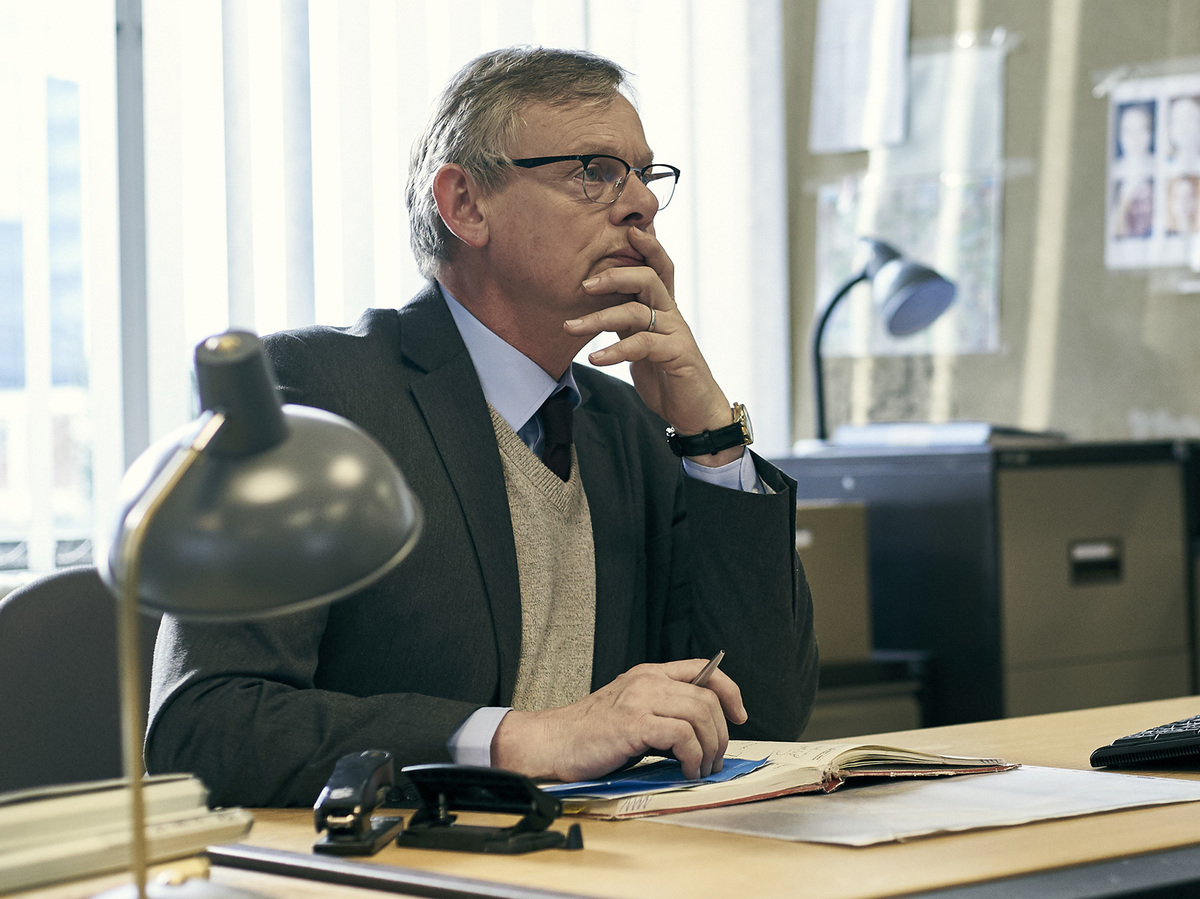 It has become the nature of television to ramp up everything, even things that don't need it — like murder. We've grown so accustomed to seeing hot-button crimes and high-powered cops that it feels almost radical when a crime show goes in the other direction and plays it straight.

Such a show is Manhunt, a new three-part series on the popular anglophile streaming service Acorn TV. Based on the true story of a serial killer working in and around Twickenham in southwest London, the show became a smash hit when it aired in the UK a couple of months ago. It takes a murder that became a tabloid spectacle and transforms it into a deft primer on the unspectacular reality of police work.

The story begins in 2004 when a man walking by Twickenham Green spots Amélie Delagrange, a 22-year-old French student who's been attacked. When she dies, Scotland Yard assigns the murder case to Detective Chief Inspector Colin Sutton, a low-key, tenacious man played by Martin Clunes — best known as the star of Doc Martin – whose face you'll recognize if you've ever turned on PBS during a pledge drive.

It's a big case that becomes even bigger when both the press and the cops start noticing similarities between Amélie's murder and the earlier unsolved murder of another young blonde woman.

But there are no witnesses or smoking guns. And so, along with his sidekick, Detective Sergeant Jo Brunt (Katie Lyons), Sutton and his team set about the laborious work of interviewing neighbors and almost literally beating the bushes to find physical evidence.

When divers recover some of Amélie's possessions in the nearby River Thames, it gives them a sense of the killer's movements after the murder and leads them to examine the CCTV footage from the streets heading in that direction. Of course, examining all that footage is a gargantuan task, for in London CCTV cameras are like Starbucks in American cities — completely inescapable.

Now, before this show, I'd never even heard of these killings. But in the UK, the case was so notorious that pretty much everybody already knew the name of perpetrator. And so Manhunt becomes less a whodunnit than a howcatchim. It unfolds in the same patient, stylistically unflashy way as the Oscar-winning film Spotlight, in which a group of Boston Globe reporters crack open that city's Roman Catholic sex abuse scandal.

The action is anchored by Sutton, who is pointedly not extraordinary. Although he possess a hint of charisma, he doesn't bristle with genius like Benedict Cumberbatch's Sherlock, doesn't wax metaphysical like Matthew McConaughey in True Detective, doesn't hit the bottle like Helen Mirren in Prime Suspect, though he does enjoy a glass of wine with his wife, Louise — nicely played by Claudie Blakley — who works for the police in Surrey and thinks her husband doesn't take her career seriously.

With his squinty eyes and sardonic mouth, Clunes is ideal for characters who are more awkward than suave, and as Sutton he gives a wonderfully modulated portrait of a good solid copper whose stubborn doggedness make him an annoying boss and a frustrating husband. But Sutton's also the kind of honorable chap who will go to France to apologize to Amélie's parents for Scotland Yard's failure to nab the serial killer before he murdered their daughter.

Every crime show presents a vision of the world, often, these days, a dark one. Manhunt is one of the rare dramas that deliberately celebrates collective action over individual brilliance. It shows how, through hard, incremental, often tedious work, a team of investigators are able to crack a tricky case in the world we actually live in — you know, the one in which no CSI lab in Las Vegas can miraculously solve every crime.

Not that things are utopian. Sutton's underlings groan at the work he demands, there's a wiseacre who second-guesses his decisions and the impatient Sutton himself tosses fire on the rivalry between the London police and their counterpart in Surrey, both of whom want to control the investigation. Wise to the politics of police bureaucracy, Louise warns him that if he doesn't catch the serial killer, the failure will be an albatross around his neck.

Yet despite this, Manhunt is reassuring to watch — and not only because Sutton and company do catch the killer who, I'm happy to say, isn't romanticized or made somehow "colorful." The show champions an idea of the social contract that has fallen out of fashion. It suggests that even though monstrous things do happen, if ordinary flawed people pull together, common decency can still prevail.