Accessibility links
Huge Cocaine Haul At New York Port Found In Shipping Container Authorities say 60 packages of the drug worth about $77 million on the street were found in a shipping container. 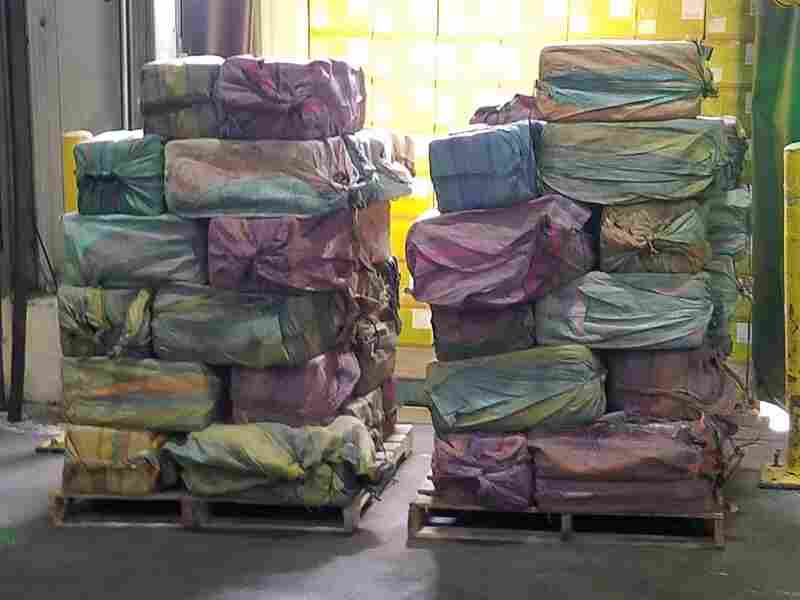 Sixty packages of cocaine were seized from a shipping container at the Port of New York/Newark. Courtesy of United States Drug Enforcement Administration hide caption 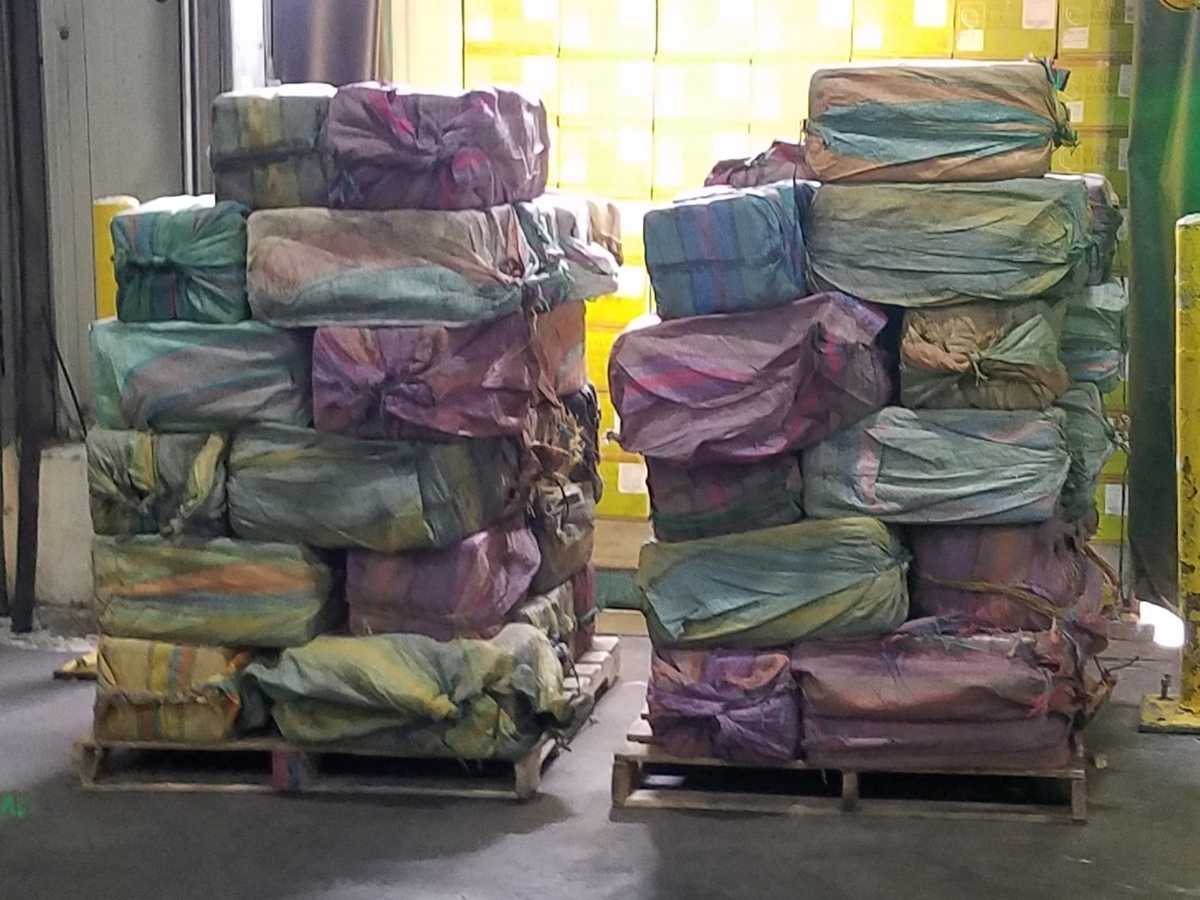 Sixty packages of cocaine were seized from a shipping container at the Port of New York/Newark.

Authorities at the Port of New York and New Jersey seized approximately 3,200 pounds of cocaine from a shipping container on Feb. 28.

Officials carried out an inspection of the shipment after they noticed tampering of several containers on a large vessel traveling from Buenaventura, Colombia, Drug Enforcement Administration special agent in charge Ray Donovan told NPR. That is when they discovered the nearly ton and a half of cocaine with an estimated street value of $77 million.

"This is the type of case that will last years. We're investigating where it came from, where it's going, everybody and everyone involved," Donovan said. "Any time an organization is moving that amount of cocaine, they've been involved for a long period of time."

"This interception prevents a massive quantity of drugs from getting to the streets and in the hands of our children," said Troy Miller, CBP Director of New York Field Operations, in a statement.

The shipment was intercepted when the vessel stopped over in New York/Newark on its way to Antwerp, Belgium. It contained a legitimate shipment of dried fruit, Donovan said. It is unclear whether the drugs were destined for the U.S., or meant to continue on to Europe.

"The cocaine was loaded on the very tail end of the shipment," Donovan explained. "That tells us it was the last thing put onto the container so that it was the first thing to be taken off, which is indicative of a very sophisticated organization that's been involved in trafficking for some time."

Donovan said the shipment is part of a larger trend in higher cocaine usage in recent years. "The cocaine market is coming back," he said, adding that authorities seized about 26,500 pounds of cocaine in 2018.