Accessibility links
For Boeing, Costs Of Grounding 737 Max Jets Have Only Just Begun Regulators around the world have grounded hundreds of Boeing's 737 Max planes. The company faces potential hits to its bottom line and its reputation. Delivery delays could affect its suppliers, too. 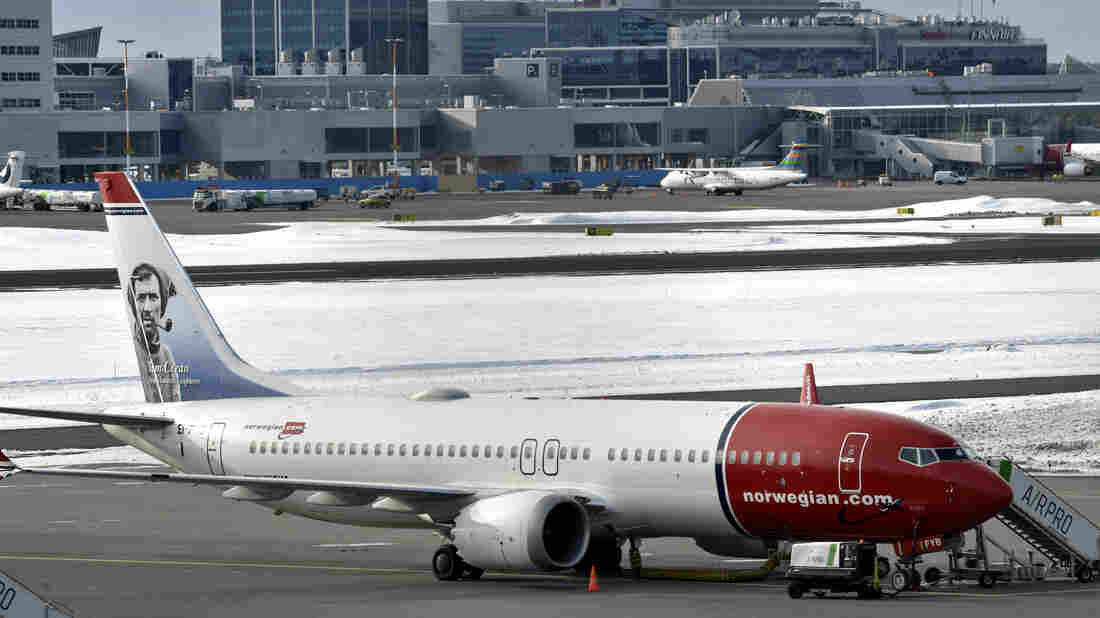 A Norwegian Air Boeing 737 Max 8 is parked on the tarmac at Helsinki Airport on Wednesday after the airplane model was grounded in most of the world. Lehtikuva/Heikki Saukkomaa/Reuters hide caption 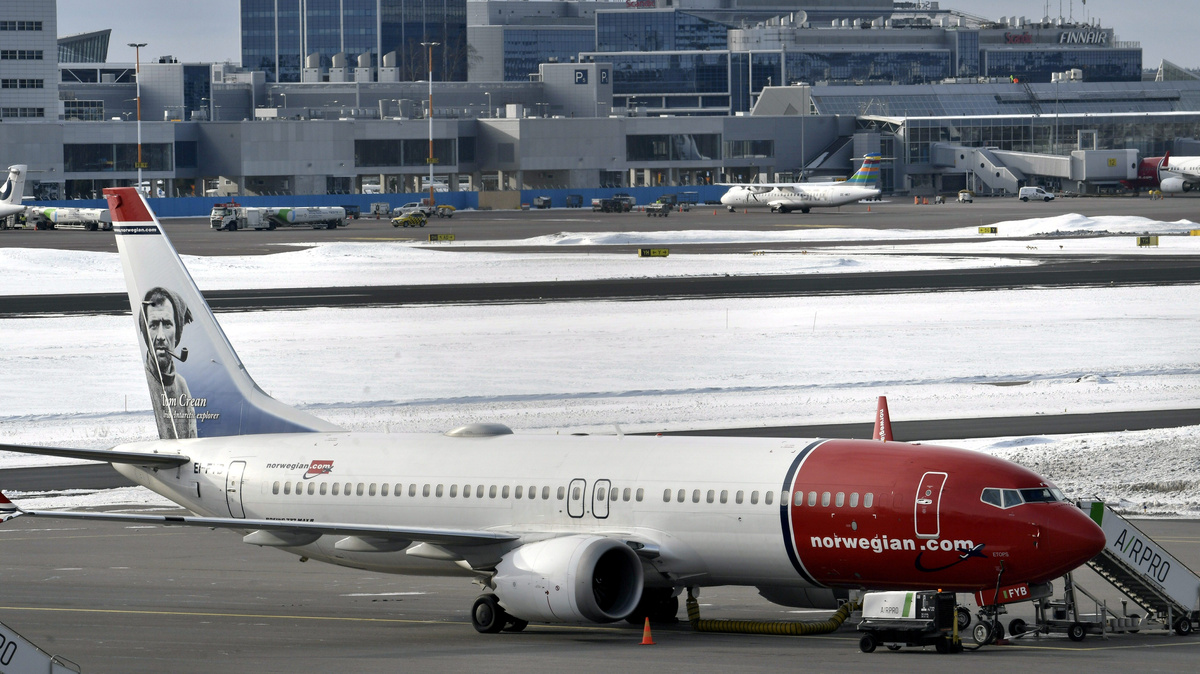 A Norwegian Air Boeing 737 Max 8 is parked on the tarmac at Helsinki Airport on Wednesday after the airplane model was grounded in most of the world.

With its fastest-selling plane grounded in the U.S. and around the world, Boeing faces potential hits to its bottom line as well as to its reputation. A lengthy delay could cut Boeing's revenues by billions, some analysts say.

On Wednesday, the United States followed Europe, China and other countries in grounding the Boeing 737 Max airplane after a plane crash in Ethiopia last weekend killed all 157 people on board.

Investigators are still working to determine exactly what went wrong, but this was the second 737 Max 8 to crash in nearly five months — a Lion Air crash killed 189 people off the coast of Indonesia in October. And there are similarities between the crashes which prompted the planes to be grounded.

From rebookings to refunds, from jetliner parking to pay for idled flight crews, plane groundings are pricey.

About 370 of the jets are grounded around the world.

"This is costing millions of dollars per day," says Phil Seymour, who runs an aviation consultancy called IBA.

And it's not just the airlines on the hook. Boeing may have to pay up, too.

"Typically, once an airline takes the aircraft, Boeing makes some guarantees in terms of the performance of that aircraft, and one of them is that the aircraft should be airworthy," says Chris Higgins, an analyst at Morningstar.

And if it's not, airlines will demand compensation.

Norwegian Air CEO Bjorn Kjos said his company, for one, plans to do so. "We will send this bill to those who produce this aircraft," he said.

"I would like to apologize to those customers who have been affected by the temporary grounding of our 737 MAX aircraft. Our customers are our main priority now," says Norwegian's CEO Bjørn Kjos. #flynorwegian pic.twitter.com/xZLmKTIa0A

And Seymour says it's important that Boeing keep those airlines happy: They're repeat customers, after all.

It's unclear how much those payments will be. But there are clues from the last time the FAA grounded an airplane in the U.S. — in 2013, when the Boeing 787 Dreamliner had a problem with lithium-ion batteries catching fire.

"Boeing had to pay out airline compensation for that grounding," Higgins says. "They never disclosed how much it was, but guesstimates at the time put it around $500 million."

And that was with a much smaller fleet of airplanes affected.

There's another way the 737 Max groundings could hurt Boeing. The company has a lot of future deliveries lined up and airlines might refuse or delay those deliveries. Boeing says it has received more than 5,000 orders for the fuel-efficient plane from more than 100 customers worldwide.

Analysts at Jefferies estimated as the groundings began on Monday that a two-month halt in deliveries could cost Boeing $5 billion in revenue.

Boeing can afford to take a hit. Last year its revenue topped $100 billion and it has been raking in profits.

Grounding Of 787s Creates Doubts About 'Business As Usual' At Boeing

"A worst-case scenario, if you see deliveries kind of level out, there's a lot of implications beyond Boeing," he says.

Boeing makes planes, but other companies make the engines, the seats, the landing gear and fuselage.

"Seventy percent, 80 percent of most aircraft that's done by the supply chain, not by Boeing," Higgins says. "There are thousands and thousands of jobs and hundreds of companies that are supplying into Boeing's final assembly lines."

The ripple effects of the groundings could hurt Boeing's suppliers across the U.S. and around the world.