Accessibility links
Review: 'Ash Is Purest White' Is A Gangster Film Mini-Epic Writer-director Jia Zhangke returns to many of his classic themes, actors and locations — this time with a new, slightly absurdist touch to reflect China's profound transformation. 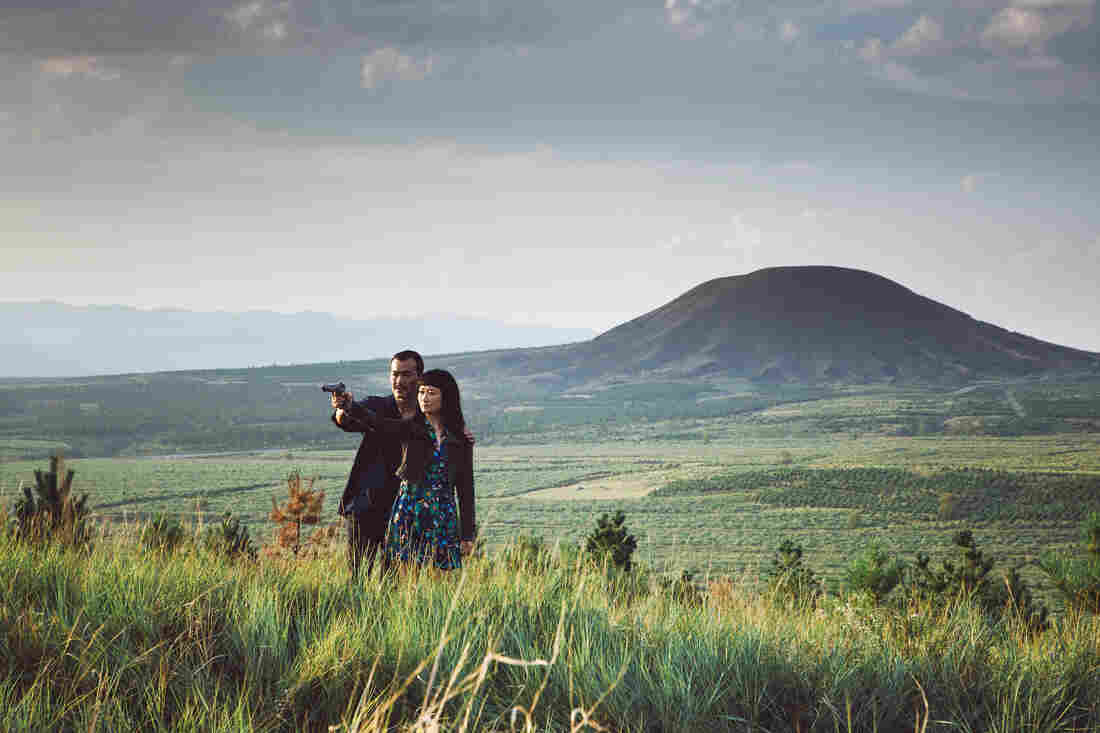 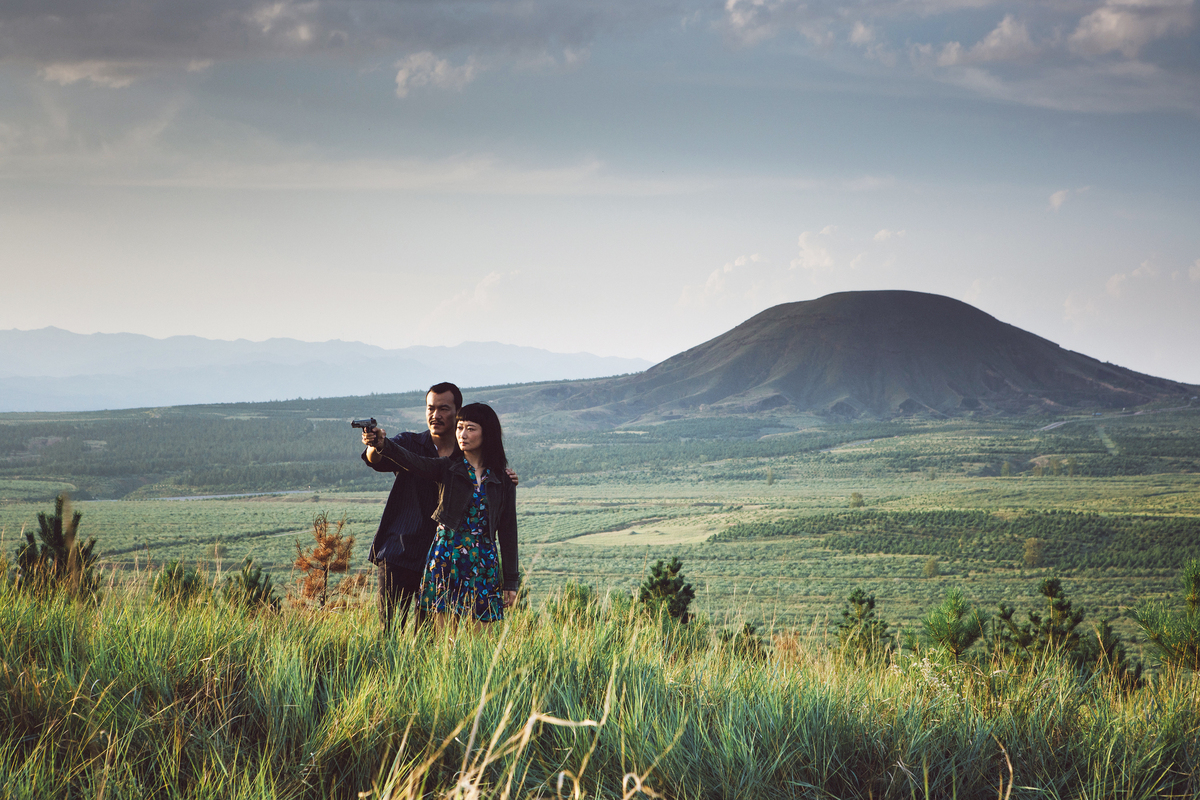 In the opening sequence of Ash Is Purest White, the female protagonist rides a clunky bus though a declining mining city. In the final chapter, the male protagonist returns to the same place on a new high-speed train. Writer-director Jia Zhangke's gently comic recent-history epic spans just 17 years, but in China that's time enough to travel from the past into the future.

In American parlance, Bin (Liao Fan) is a mobster and Qiao (Zhao Tao) is his moll. Bin has recently acquired a gun, which is illegal. But he and his cohorts seem to spend more time playing mah-jong and watching Hong Kong gangster movies than disturbing the peace. When the regional crimelord visits, it's for a demonstration of his passion: Western-style ballroom dancing.

But the boss has offended someone and is murdered, off-screen. Soon, young thugs come after Bin. In the movie's principal fight scene, motorcycle-riding toughs attack Bin with fists and shovels and appear about to kill him. So Qiao pulls out that prohibited gun and fires into the air.

A Glimpse Into The Future In 'Mountains May Depart'

A Brutal Movie From China, Ripped From The Headlines

Both Bin and Qiao go to jail, but Qiao, who refuses to implicate the man she hopes to marry, gets the longer sentence. When she's released five years later, her relationship with Bin is not the only thing that's utterly different. China is richer and more cosmopolitan — look at all the new signs in English — and more brutal.

Qiao learns that China's gangsters have gone straight, or — more precisely — that the boundary between underworld crime and official corruption has blurred into invisibility. She rises to the occasion, financing her quest to locate Bin with an impromptu scam.

Viewers who've seen several Jia films will recognize Zhao Tao, the director's usual star (and spouse). Her presence is not the only thing that links Ash to Jia's earlier work. The story begins and ends in Datong, the location of his Unknown Pleasures. The middle section is set in 2006 in the Three Gorges area, site of his Still Life. As in that movie, much of the landscape is about to vanish as the massive new dam fills — development literally submerging the past.

Jia came to prominence with 2000's Platform, which observed his homeland's transformation through the changes in one performance troupe. Chinese show-biz, an odd mix of disco, vaudeville and Maoism, remains a motif. In addition to ballroom dancing, Ash includes a small-time magician, a glam-rock band that specializes in sappy ballads, and — a Jia trademark — a Village People song. "YMCA" extols pleasures that are literally unknown to the provincial Chinese who dance to it.

Such smile-inducing moments are common in Ash, whose English-language title is not a rendering of the difficult-to-translate original Chinese. The reference is to Qiao's musing on the supposed purity of volcanic ash, a flowery reference that doesn't quite work. Contemporary absurdity, not traditional poetry, is what the movie does best.

Like China, the director's style and sensibility have become more Westernized. Ash is a Chinese-French co-production that's sprightlier than Jia's early work. The handheld camera that intimately follows Qiao across the years — by bus, boat, truck, and train, and pushing a wheelchair — is navigated by France's Eric Gautier.

The cinematographer subtly alters the film's look to mark different periods, and makes evocative use of available light, including the green neon that gives one earnest conversation an other-worldly tint. Jia's films retain their documentary-like interest in real places and actual events, but acknowledge that depicting the new China requires a touch of surrealism.