Accessibility links
Review: 'The Hummingbird Project': A Farce With Clipped Wings Two cousins (Jessie Eisenberg and Alexander Skarsgård) hatch a scheme to speed financial trading with a new fiber-optic cable in this " likably cheeky but rambling and overstuffed" comedy.

Fiber-Optic Farce 'The Hummingbird Project' Clips Its Own Wings

Fiber-Optic Farce 'The Hummingbird Project' Clips Its Own Wings 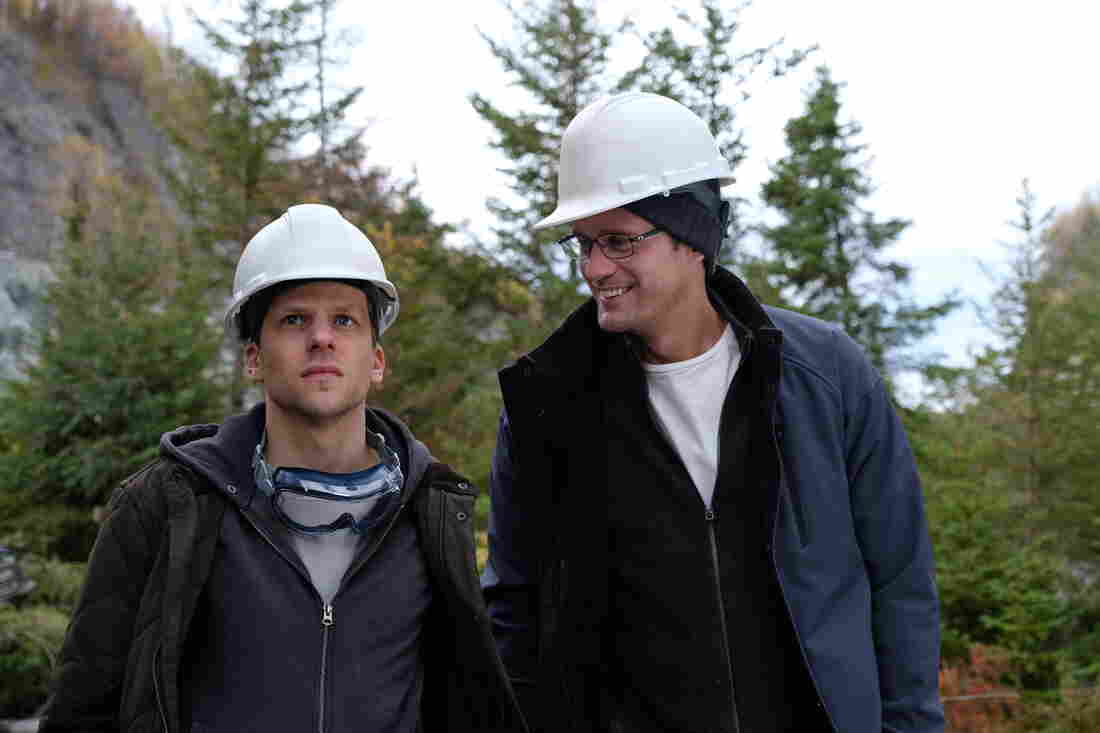 Vincent (Jesse Eisenberg) and Anton (Alexander Skarsgård) are financial traders trying to strike it rich in The Hummingbird Project. The Orchard hide caption 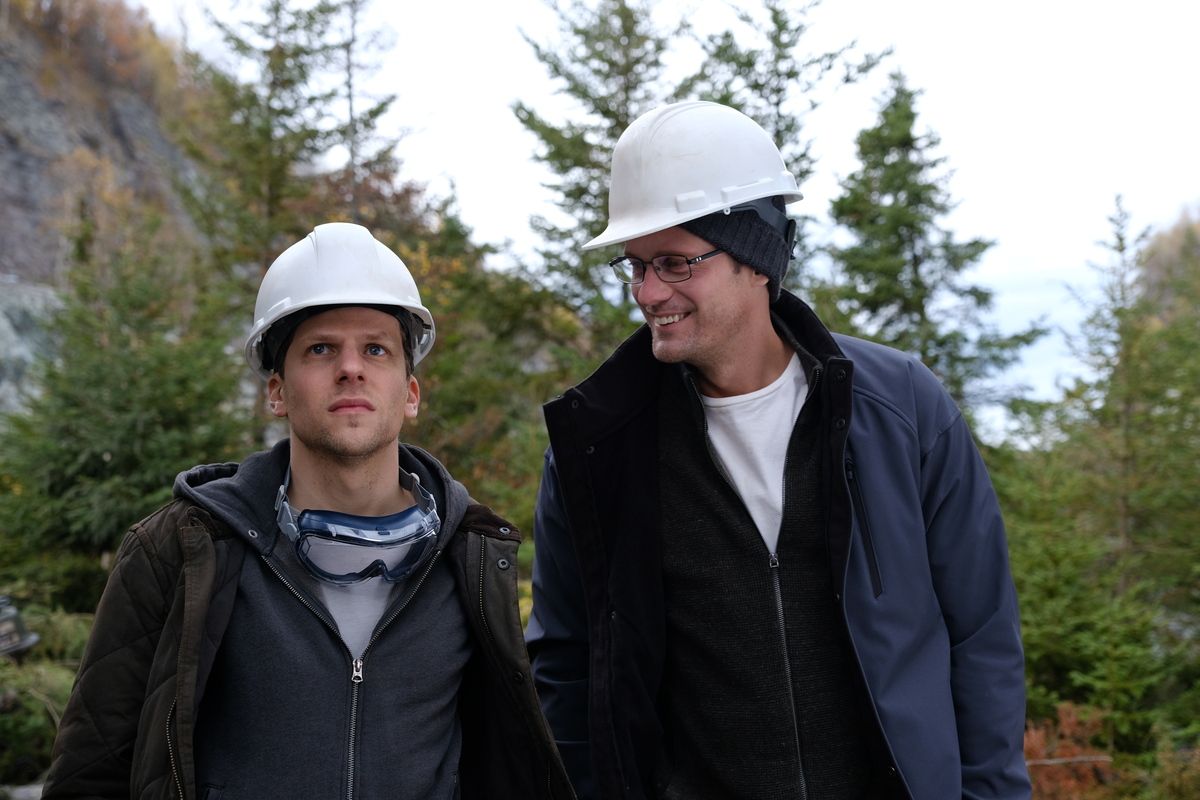 Vincent (Jesse Eisenberg) and Anton (Alexander Skarsgård) are financial traders trying to strike it rich in The Hummingbird Project.

Remember Jesse Eisenberg in The Social Network as the callow Harvard undergrad who cooked up a little thingie called Facebook because his girlfriend dumped him? Please welcome back both actor and, more or less, character in The Hummingbird Project, a likably cheeky but rambling and overstuffed hedge-fund romp by Canadian writer-director Kim Nguyen.

Representing the legions of tech-billionaire wannabes who toil unsung below the radar, Eisenberg's Vincent Zaleski is a manically oversharing hustler who's peddling a big idea for streamlining the flow of market information while lining his own pockets. We meet Vinnie parked on a bench, chattering like an express train to a taciturn fellow sitting next to him. Pay attention: In an entertaining running visual joke, Vinnie's cousin Anton, a brooding hulk with stooped shoulders and a monk's tonsure, is played — wildly against type — by the incurably pretty Alexander Skarsgård.

Though not gifted at human contact, Anton is a math genius who reluctantly allows Vinnie to harness his wizardry with algorithms into a scheme to lay a straight line of fiber-optic cable from Kansas to New Jersey. This, Vinnie is certain, will speed up the already frantic pace of high-frequency trading by one millisecond, which is equal to a single flap of a hummingbird's wings. If you're thinking, welcome to our world, be advised that this is a period piece (meaning circa 2011, which is what passes for history these days) and the technology that drives the action is obsolete as we speak.

'Caesar Must Die' Wins Top Honor At The Berlinale

What follows is a wackadoodle procedural, with Vinnie in the field stomping on the land rights of ordinary Joes who get in his cable's way, while Anton holes up in a hotel room in a ratty old bathrobe, working up algorithms for the theft of proprietary code. Among the frantically plotted obstacles the cousins face, in no particular order, are: nature and weather, Amish and Appalachians, and inevitably, the FBI. None of which comes close to the vengeful trickery of the Zaleskis' former boss Eva Torres — a gorgon in power shoulders and murderous stiletto heels played with relish by Salma Hayek — who throws up a trail of microwave towers to counter Vinnie's cable.

Nguyen is a skilled farceur, but he doesn't know when to stop. For a film about our obsession with speed, The Hummingbird Project soon bogs down in saggy repeat cycles involving flat tires, unhappy investors, and logistical snafus that even Vinnnie's stalwart engineer (Michael Mando) can't resolve. At which point the movie, already dampened by dingy visuals, veers off into a moral fable with a cancer diagnosis thrown in that makes an uncomfortable fit with the movie's overall jokey tone.

As I write, scandals are bubbling up about cheating one percenters in every public sphere from banking to college admissions, and for the sake of perspective it pays to remember that it was Vinnie and his ilk who crashed the economy in 2008. Much of what he does here is unspeakable and inflicts suffering on those around him. Yet Nguyen wants us to think of Vinnie as nothing worse than a socially unskilled scamp whose worst fault is that he thinks of himself as a plucky David among greedy Goliaths.

In fact Vinnie's just another of the Goliaths he's trying to outsmart, for whom winning is a prize even above profit. At its best The Hummingbird Project is a parable about failure, but one that ultimately undercuts itself with redeeming goo. What's at the end of the "line," and the line, for Vinnie and Anton? Enlightenment for sure, atonement of course, and an Amish-propelled chastening climax that involves grain sacks, sheds, and the dubious pleasures of simply country living. That makes for a sweet and funny — but implicitly cynical — ending that takes the edge off what might be a trenchant fable about the unrestrained venality at the heart of the gamed system we call American public life.