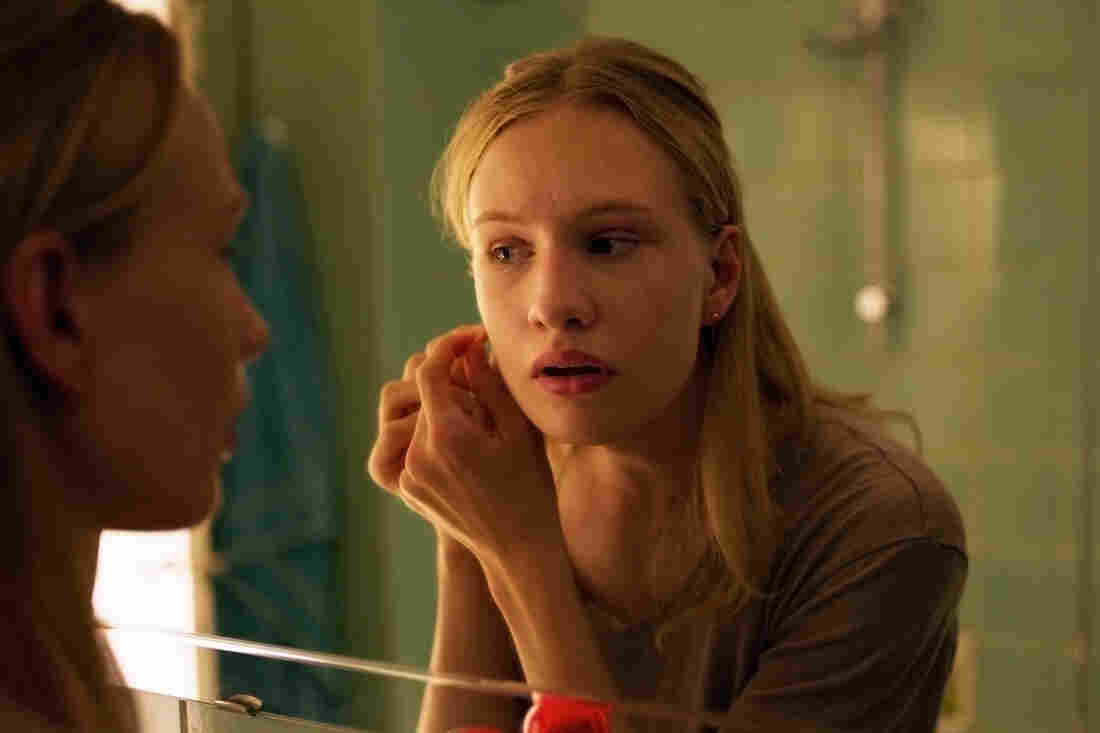 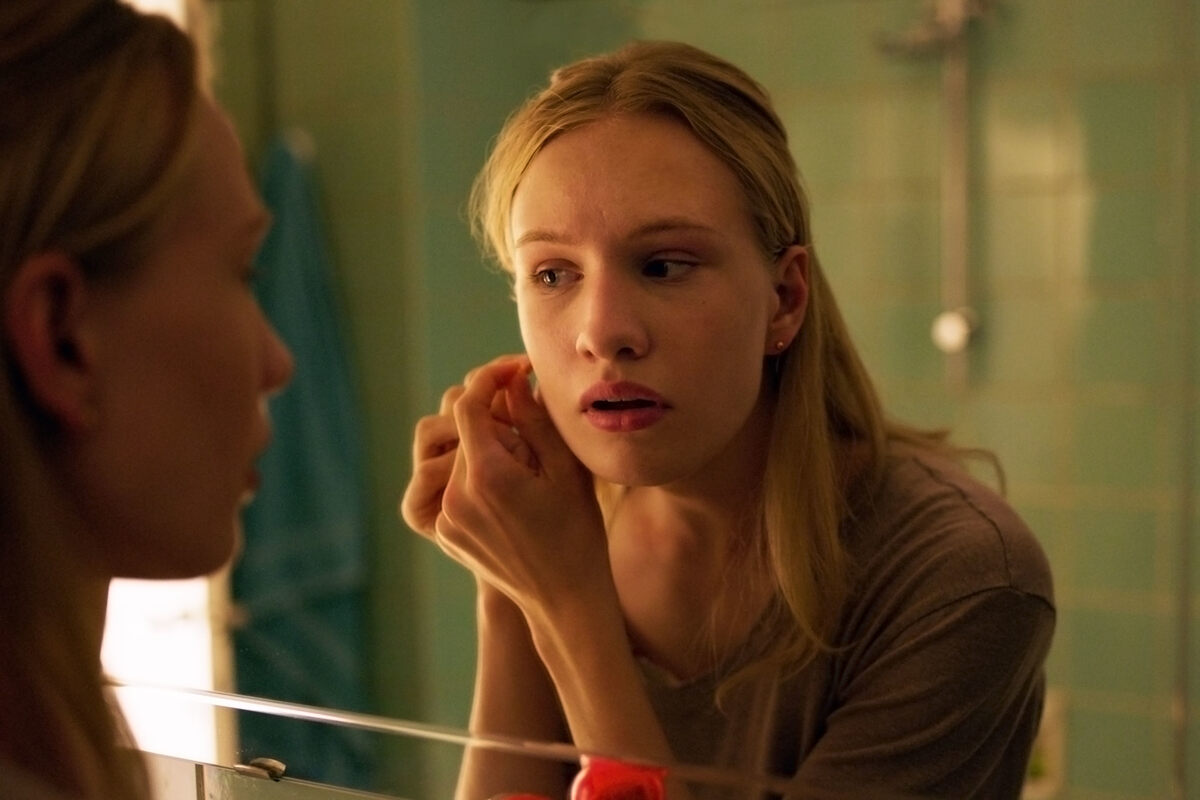 Victor Polste, a young cisgender man, plays the role of a transgender woman in Girl.

This Friday, after months of delays, Netflix is releasing the Belgian film Girl, a controversial coming-of-age drama about a transgender ballerina. Critic Andrew Lapin broke down the movie with film and literature critic Veronica Esposito, author of The Doubles and The Surrender. Fair warning: We'll be discussing a disturbing ending. Some mild spoilers ahead.

It's a pleasure to have you here to talk about Girl. We're only just getting to see it now, owing to backlash we can get to in a minute. First, let's focus on the film itself: where it's going, and whether it succeeds.

Girl is loosely based on the life of professional dancer Nora Monsecour. We follow a 15-year-old trans woman named Lara (Victor Polster) as she attends a prestigious ballerina academy. Lara is also taking hormone treatments, and she's impatient to undergo sexual reassignment surgery. But the physical demands of dance, coupled with the social pressures of adolescence and her own body dysphoria, lead Lara down a path of self-harm ... much to the distress of her father (Arieh Worthalter), who's trying hard to offer support. The film is written and directed by first-time helmer Lukas Dhont, and was borne out of extended collaboration between him and Monsecour.

A movie like this is such a delicate thing. Mainstream cinema is still (shamefully) in its infancy when it comes to believable trans protagonists. And in general, movies are so beauty-obsessed that they're often clueless on body issues. Yet Girl is a movie about a trans teen that, in many ways, is all about body image: Lara's got her whole career and life ambitions wrapped up in her body, and everywhere she looks, she sees a mirror. And she barely talks! So much could have gone wrong with depicting her character. It's like pirouetting on eggshells.

Veronica, what were your impressions of Girl? How do you think it handled Lara's journey through her own body?

It's so nice to be talking about this movie with a writer who I've long admired! You're right — Girl is hugely ambitious, taking on questions of body image, trans dysphoria, teen life, sexuality, ballet and a lot more. It may be a little too ambitious, as I definitely have mixed feelings.

Let's start with the good. Dhont nails Lara's body dysphoria, the feeling of malaise of being in the wrong body that is the primary reason transpeople transition. The scene where Lara tells her therapist she can't see herself as a girl, even though everybody else sees her that way, felt so true to me. And he brilliantly depicts how every day of a trans life gives a million reminders that you're in the wrong body — as you say, everywhere Lara looks, she sees a mirror, be it an actual mirror, or another girl's body, or her fear of reaching out to boys she's attracted to. I've experienced this kind of obsession as extremely claustrophobic and intense, and Dhont gives audiences an idea of what it's like.

But in focusing so much on Lara's body dysphoria, Dhont has shortchanged the rest of her. Lara's near-silence rings false to me — most transpeople I've met can't stop talking about their transition and gender identity. It's a deep-seated need, and we never get a good explanation why Lara lets other talk for her so much. I worry that this gives the impression that transpeople are passive and need others to be their voices. How can Lara be so empowered as a dancer and as a young transitioner, but so inert in self-expression?

Andrew: I would say that because Girl is a film about movement, Lara expresses herself through how she moves. She's a dancer, after all; body language is her native tongue. Hence her confidence in the rehearsal hall versus her unease when she showers with the other girls. I think Polster, a trained dancer and novice actor, is terrific in the role, although because he's a cisgender male, he's become one of the film's flashpoints. How did his casting work for you?

Veronica: Since as you said, so much of Lara is in her body language, Polster felt like a legitimate choice. I found his performance to be a believable trans woman. Of course there are still huge gaps in trans representation in films made about us, but Dhont had to consider a lot of different criteria when casting the lead, so I find it reasonable that he didn't cast a trans actor, particularly since this movie was made in collaboration with Monsecour.

Yet there's so much about the trans experience that can't be communicated with body language. Most transpeople in Lara's position must overcome huge amounts of shame and repression — usually that takes years. Hearing Lara's therapist and her father speak her truths, and not vice versa, felt pernicious to me — trans children have to be extremely steadfast and convincing to get to transition. I fear these scenes rob a transfeminine character of the right to assert her own truths. I left this film compelled by Lara, but also wanting to know so much more about her.

Can we talk about that infamous final scene? A lot of people know that transpeople have elevated rates of suicide and self-harm. But what many don't know is that those rates sharply decrease when we're supported. Family support, medical care, therapy: all promote resilience among transpeople, and Lara has them all. So I don't see her committing such an extreme act, which generally requires a psychotic state.

Andrew: That scene's so hard to watch. And the film's detractors hate it, along with Lara's other predilections for self-harm (like taping her genitals when she dances). Netflix was set to premiere the movie in January, after it won awards at last year's Cannes Film Festival, but the company delayed the release after many writers and advocates called the film "traumatizing" and "a danger to the transgender community."

You brought up Lara's supporters. I appreciated that Girl isn't an endless parade of discrimination and insults; Lara's conflict is almost all internal. I don't think the ending works for me, for the inconsistencies you describe. But it does enforce what is, to me, the film's most potent message: At the end of the day, people have to love themselves.

Maybe I'm being too corny? Or this could be my blind spot talking—do you agree with those who think the movie could be genuinely harmful to trans youth?

Veronica: One of Lara's major challenges is to know herself, but not in the sense of knowing what her gender is, which she's quite clear on. Making her so mute overall leaves these questions tangled up. Audiences might get the idea she still has gender confusion, whereas her real confusion is that of teenagers everywhere — who am I, and where do I fit in? I worry that the final sequence implies that Lara's path to self-love is through her genitals — her coming-of-age is about so much more.

I personally was quite triggered by that final scene — while my reaction didn't go anywhere particularly unsafe (it only gave me stomach pains), I could easily see it triggering a lot worse in other transpeople. Art should provoke, but I'm not sure that this scene will provoke worthwhile responses, so to me it feels gratuitous. I'm also troubled by the possibility that this act is a part of Lara's self-realization — it makes me really uneasy to cast self-harm in this light when so many people are fighting to mitigate their self-harm tendencies.

Could we have seen more ballet? Could coming to terms with her dancing struggles have helped Lara to better own her body? This has been my own experience — my growth in non-gendered ways helps me get through the specific challenges of being transgender, and vice versa. Maybe there was a way to synthesize the film's two major threads?

Andrew: I do wish there was more ballet, or at least a sense of what ballet meant to her. Monsecour has written elegantly about how she fully embraced her identity both as a dancer and a trans woman, but perhaps that final piece lay outside of the story this team wanted to tell.

Yet I was grateful for Girl, which I think offers a new reading on the young trans experience. I never doubted Dhont's sincerity or felt there was anything crass about his approach to the material. Sure, sometimes you can't stick the landing and your feet bleed. But that doesn't mean you should stop dancing ... does it?

Veronica: I agree about Dhont's sincerity. Maybe he took on too much, but I can't knock artistic ambition, and ultimately he gets a lot right.

Monsecour writes that "the process of creating Girl allowed me to accept myself as transgender and helped me finally love myself." This is what art has done for so many transpeople, myself included. By helping Monsecour heal by sharing her story, Dhont has done a wonderful thing that speaks to his purposes and successes. I'll be interested to see whose story he tells next.