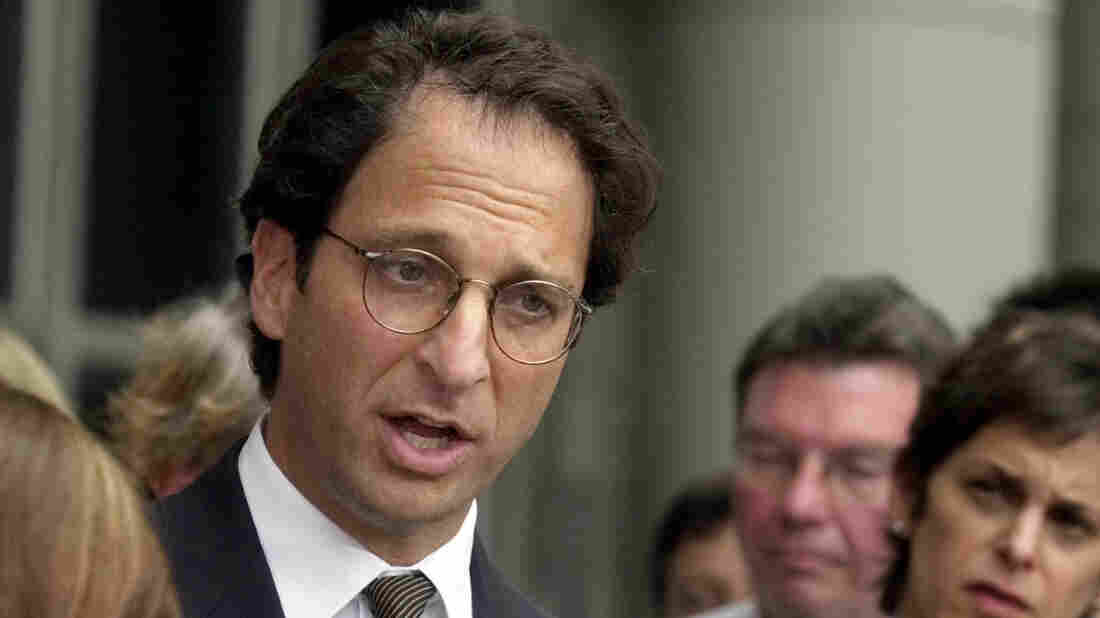 Justice Department prosecutor Andrew Weissmann during the Arthur Andersen trial in Houston in 2002. The legal veteran, whose latest post was with the special counsel's office, is stepping down. Pat Sullivan/AP hide caption 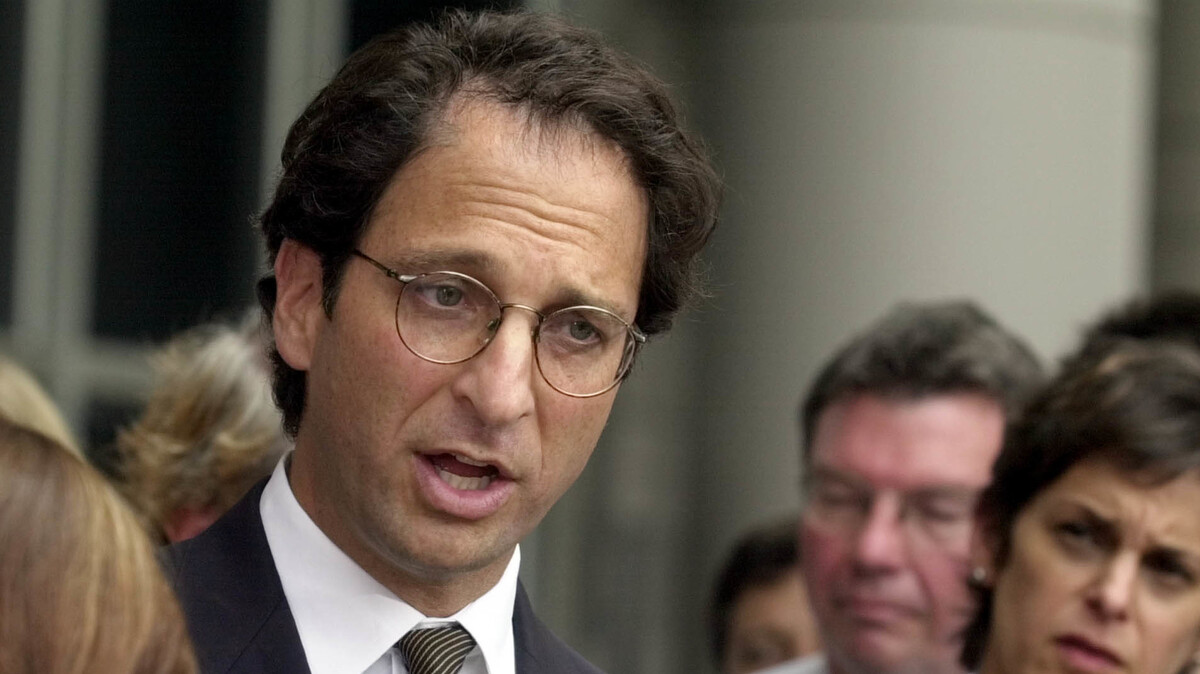 Justice Department prosecutor Andrew Weissmann during the Arthur Andersen trial in Houston in 2002. The legal veteran, whose latest post was with the special counsel's office, is stepping down.

One of the most prominent members of special counsel Robert Mueller's team investigating Russia's attack on the 2016 presidential election will soon leave the office and the Justice Department, two sources close to the matter tell NPR.

Andrew Weissmann, the architect of the case against former Trump campaign chairman Paul Manafort, will study and teach at New York University and work on a variety of public service projects, including his longstanding interest in preventing wrongful convictions by shoring up forensic science standards used in courts, the sources added.

The departure is the strongest sign yet that Mueller and his team have all but concluded their work.

Manafort has been sentenced to about 7 1/2 years in federal prison following two cases that stemmed from Mueller's investigation, although neither case involved alleged collusion with the Russians who interfered in the election.

Weissmann has borne the brunt of attacks from critics such as Rush Limbaugh and conservative legal interest groups.

They cited his attendance at Hillary Clinton's election night party in 2016 and a positive email he wrote to former Acting Attorney General Sally Yates after she refused to defend the Trump administration's first Muslim travel ban.

A later version of that ban was eventually upheld by a majority of the Supreme Court.

Former Trump adviser Steve Bannon also issued a warning about Weissmann and other senior members of the special counsel team when they were named in 2017.

Trump and his aides would be facing off against a group of "killers," Bannon reportedly said. Author Michael Wolff wrote that Bannon told him that Weissmann was like "the LeBron James of money laundering investigations."

"Andrew is attacked because he is feared; those under investigation know just how effective he is," Ruemmler said. "He has not only peerless technical skills, but the fearlessness necessary for pursuing high profile, complex cases and a passionate commitment to seeing justice is done."

Departures from the special counsel's office

Weissmann's move offers a potent signal that the special counsel investigation is all but done, one source said.

His leaving will follow the departure of the senior-most FBI agent working on the Mueller probe, who has taken his own next step. Special Agent in Charge David Archey started a new job on March 4 as head of the FBI's office in Richmond, Va.

Earlier this month, another special counsel prosecutor, Brandon Van Grack, moved on to lead a Justice Department effort to enforce compliance with the Foreign Agents Registration Act, a law that has become the subject of intense interest following charges against Manafort, his right-hand-man Richard Gates, and former Trump national security adviser Michael Flynn.

And WilmerHale, the law firm that Mueller and several other prosecutors left to help create the special counsel team, is preparing for the return of some of its onetime law partners, three lawyers have told NPR in recent weeks.

Weissmann has a long history of unraveling complex financial ties and securing cooperation from people inside corporations or mob enterprises to build criminal cases against higher-ups.

As a federal prosecutor in Brooklyn, Weissmann won a conviction against the head of the Gambino crime family, using testimony from Sammy "The Bull" Gravano and others.

He went on to lead the Justice Department task force investigating fraud at Enron Corp., a high-flying energy company whose chief executives, Kenneth Lay and Jeffrey Skilling, were convicted by a jury in Houston.

Lay died before he could be sentenced. Skilling served 12 years behind bars before his recent release.

At the time, critics said Weissmann deployed hard-nosed tactics and a "win-at-all-costs" mentality. They pointed out that his conviction against the accounting firm that did Enron's books, Arthur Andersen, was unanimously reversed by the Supreme Court, which cited faulty jury instructions.

The case helped prompt Congress to pass a new obstruction of justice statute, but it remains to be seen whether that law will prove fruitful in the ongoing Mueller probe.

Leslie Caldwell worked alongside Weissmann in Brooklyn and at the Justice Department in Washington. She said he has a reputation for getting results.

"Throughout his career, Andrew has had unparalleled success in building case after case against the most sophisticated criminals in the world," Caldwell said. "He took on New York's most feared organized crime families, unraveled the incredibly ornate frauds at Enron, and has tracked international criminals, exposing their carefully concealed financial dealings in many dark corners of the world."

Weissmann has moved in and out of public service several times throughout his legal career. He did high-profile legal work for the U.S. Chamber of Commerce and other corporate clients before rejoining the Justice Department as general counsel at the FBI when it was led by Mueller.

During that stint, Weissmann worked closely with the Innocence Project to institute a wide-ranging review of cases in which defendants might have been wrongfully convicted based on bad testimony from FBI forensic experts.