Accessibility links
Remington Can Be Sued By Sandy Hook Victims, State Supreme Court Rules Gun companies have rarely been held liable for crimes committed with their products. This lawsuit could mark a new front in the battle over gun regulations and corporate accountability. 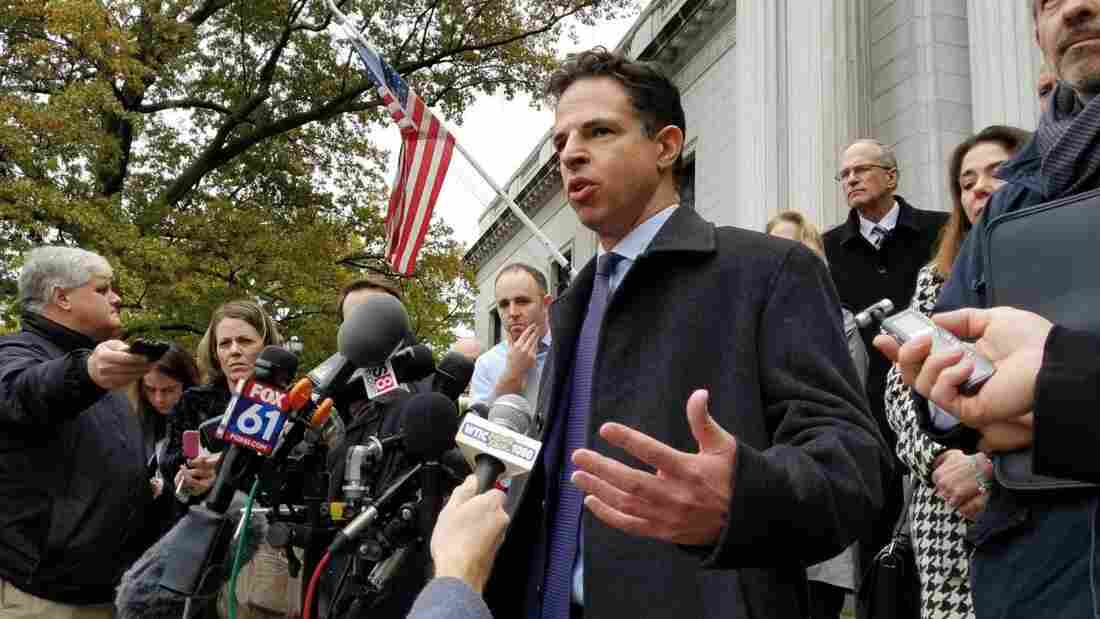 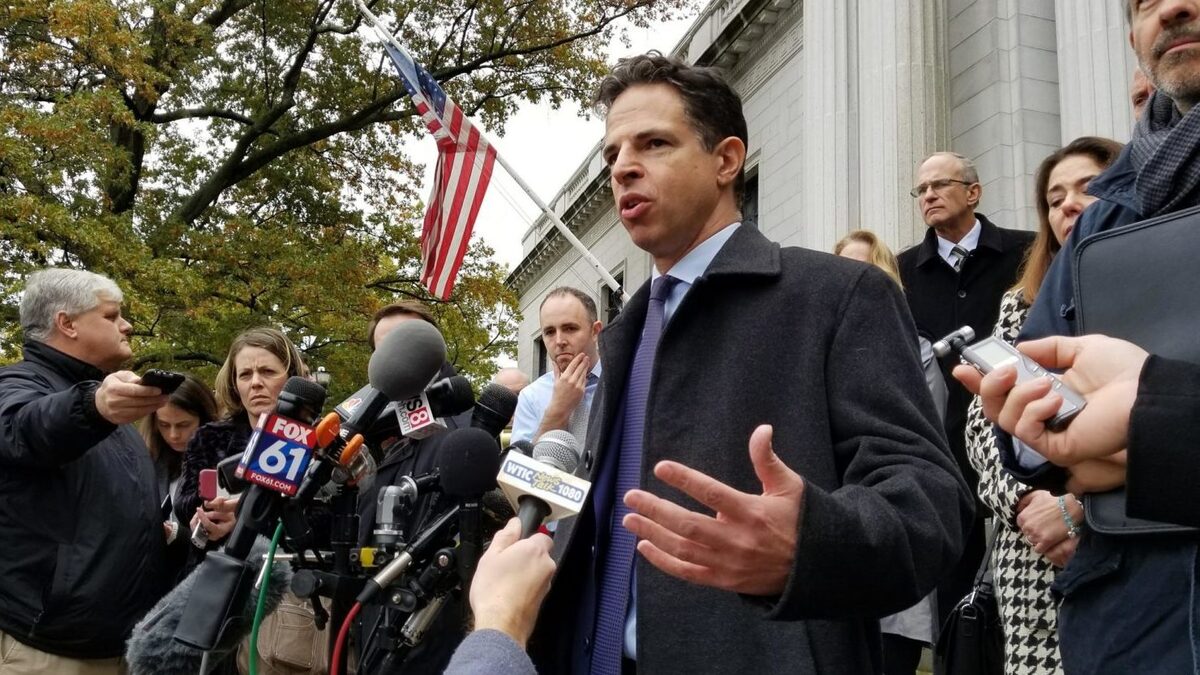 Josh Koskoff, a lawyer representing the families of Sandy Hook shooting victims, speaks outside the Connecticut Supreme Court in this file photo from 2017.

After months of silence, the Connecticut Supreme Court on Thursday reinstated a wrongful death lawsuit filed by the families of nine victims of the Sandy Hook Elementary School shooting against Remington Arms, the manufacturer of the rifle used in the shooting.

The court's narrow decision, overturning a lower court judge, rules that Remington can be sued over its marketing practices under a Connecticut state law, despite protections offered to gun manufacturers by federal law. The ruling sends the case back to the lower court.

The suit is a high-stakes challenge to gun companies, which have rarely been held liable for crimes committed with their products, and could mark a new front in the battle over gun regulations and corporate accountability. It centers on the Protection of Lawful Commerce in Arms Act (PLCAA), a 2005 law that shields manufacturers and retailers from civil liability in lawsuits brought by victims of gun violence. An eventual ruling against Remington could establish legal precedent, opening doors for more lawsuits against gun manufacturers, and expose the company's communications about its marketing plans.

"What I'm looking to find out in this whole process, essentially, is what went on inside Remington," said Bill Sherlach, whose wife Mary was the school psychologist shot and killed at Sandy Hook Elementary. "Let's see the internal documents, the internal emails, as to what the charges were to their marketing and ad execs."

The 4-3 majority largely upheld arguments made by lawyers for Remington that the company is protected from suit in many instances. The court ruled, however, that Congress did not intend the PLCAA to preclude state law. Ultimately, the majority said, the plaintiffs should have the opportunity to prove that Remington violated the Connecticut Unfair Trade Practices Act (CUTPA) by marketing a military-style weapon to civilians.

Connecticut law, the court wrote in the majority opinion, "does not permit advertisements that promote or encourage violent, criminal behavior." While federal law does offer protection for gun manufacturers, the majority wrote, "Congress did not intend to immunize firearms suppliers who engage in truly unethical and irresponsible marketing practices promoting criminal conduct, and given that statutes such as CUTPA are the only means available to address those types of wrongs, it falls to a jury to decide whether the promotional schemes alleged in the present case rise to the level of illegal trade practices and whether fault for the tragedy can be laid at their feet."

A Connecticut Superior Court judge dismissed the lawsuit in 2016, agreeing with lawyers for Remington that the case falls within the "broad immunity" gun manufacturers and sellers are afforded under the PLCAA. The state Supreme Court decision, however, paves the way for the suit to continue and for lawyers to access internal documents from the firearms companies.

Lawyers for the gunmaker argued that there was no way for Remington to assess the shooter, and therefore no way they could have known what the gun would be used for.

The lawsuit was originally filed in 2014 by nine families of the victims in Sandy Hook and a teacher who was injured in the shooting. It names gun manufacturers and distributors Bushmaster, Remington, Camfour Holdings LLP, as well as Riverview Gun Sales Inc., the gun shop where the shooter's mother purchased the Bushmaster AR-15 rifle, and the store's owner.

Remington Arms filed for bankruptcy in March of 2018, which effectively stalled the lawsuit. In May 2018, the company announced that it had emerged from bankruptcy.

"I can't say I'm excited by this ruling," said Ian Hockley, whose 6-year-old son was killed at Sandy Hook Elementary. "I wish it was never here. But what we've said from the outset is all we want is our day in court, for the law to be upheld and for a jury to decide our case."

Guns & America is a public media reporting project on the role of guns in American life. Guns & America's Lisa Dunn and Jeremy Bernfeld contributed to this report.