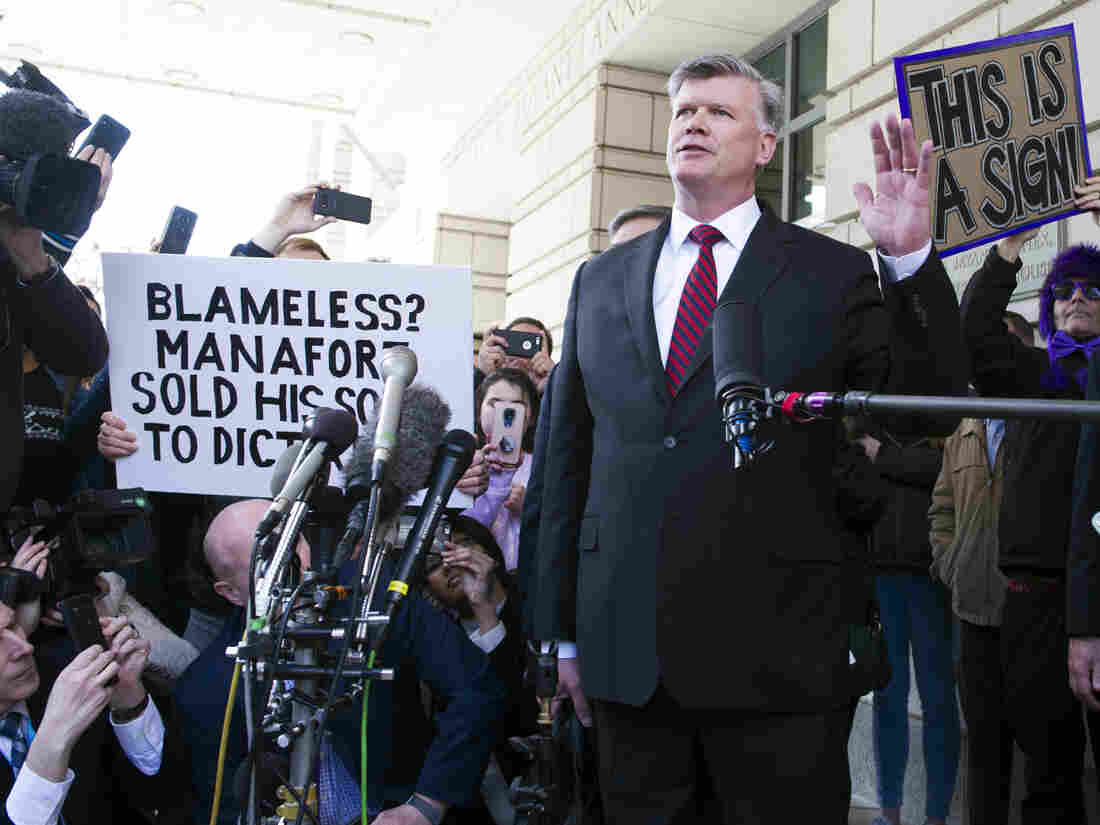 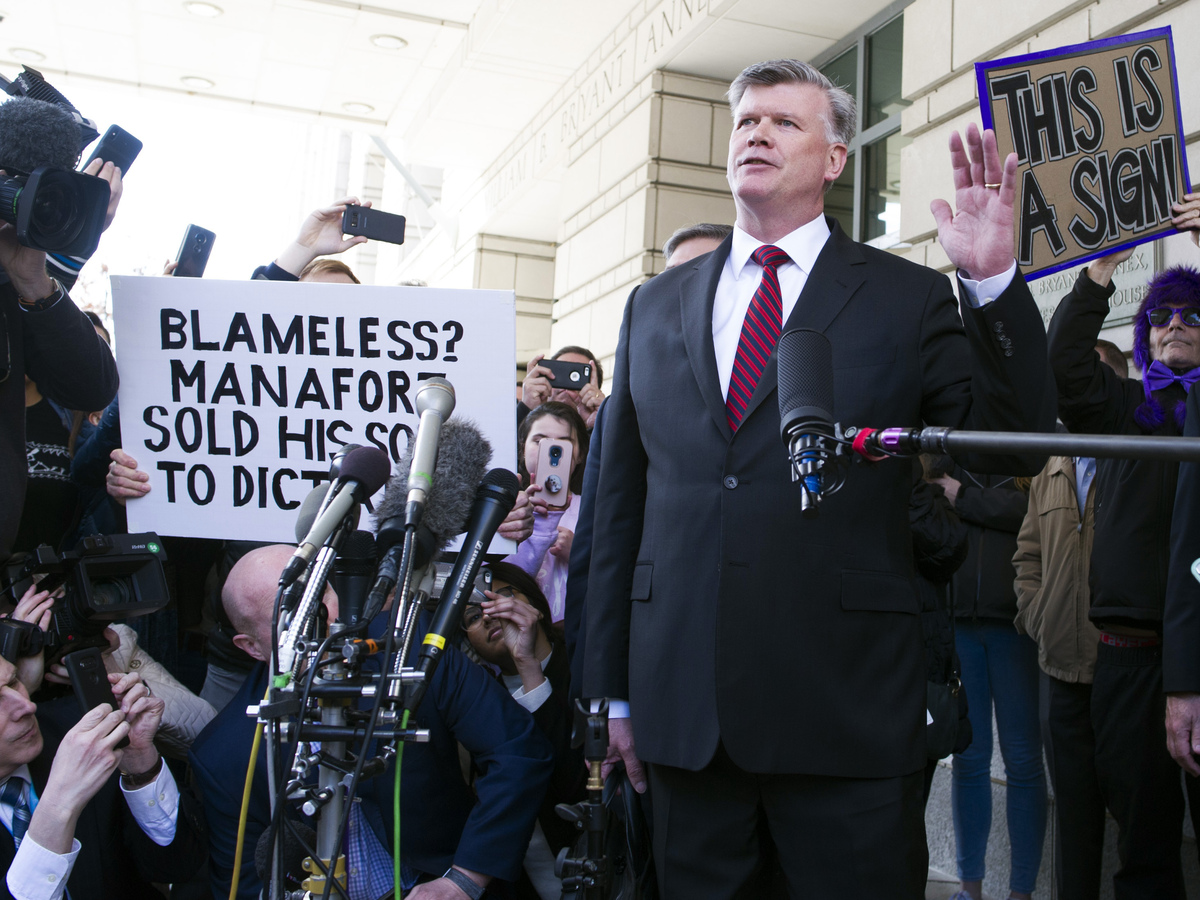 Members of Washington's elite legal community decried the "increasing politicization" of the justice system at a particularly sensitive time: as the special counsel probe of Russian election interference edges toward a conclusion.

Abbe David Lowell, a veteran of high-profile cases who has defended members of Congress and Cabinet officials, lamented that public confidence in the FBI, the Justice Department and the rule of law itself has waned, even as he offered praise for Robert Mueller, the man leading the Russia investigation.

"I don't know of a special counsel who's done it better," Lowell said at an event with other top lawyers on Thursday evening.

He added that he also has "great confidence in the career public servants" and the new team, led by Attorney General William Barr, at the Justice Department.

But Lowell also said he worried that no matter what the special counsel determines soon, those findings will be filtered through the political lens of lawmakers in the "big white dome" down the street from the Justice Department.

Members of Congress have battled over the Justice Department and FBI since not long after Mueller's appointment, accusing it of conspiracies and cover-ups. Sen. Lindsey Graham, R-S.C., renewed his call this week for a second special counsel to look into what he called the department's transgressions.

Lawyers look in the mirror

Lowell and other panelists agreed that defense lawyers themselves also can contribute to the unhealthy and polarized environment.

Their comments followed only hours after an attorney for former Trump campaign chairman Paul Manafort erroneously said that two judges handling his cases had found there was "no collusion" between the Trump campaign and Russia.

What the judges said was that because Manafort's cases hadn't involved allegations about collusion, they couldn't opine about it one way or another.

The remarks, however, triggered an immediate and public reaction: In a chaotic scene outside the federal courthouse Wednesday, lawyer Kevin Downing was shouted down by protesters, who said he was lying.

Bill Christeson, a self-described activist on democracy and climate issues who's become a familiar figure at many Mueller-related court proceedings, later posted an explanation on Twitter.

I yelled, "That's not what she said!" and, "You aren't lawyers you are liars." I revere lawyers – dictators target them. And I know the mic's are not for me. Downey lied. I used my first amendment rights. I do not apologize. But, I also do not anticipate ever doing that again.

Back at the lawyers' event, which took place at the Cosmos Club, longtime former prosecutor Mary Patrice Brown advised the audience to stay tuned, since she said Judge Amy Berman Jackson, who presided over the Manafort case, may yet respond to Downing's remarks with some action.

Jason Maloni, a spokesman for Manafort and his legal team, told NPR in an email that "anyone triggered by Downing's comments should go back and review this case."

Maloni continued: " 'Russian collusion' certainly seemed to be lurking in the background in both cases against Manafort. But when offered the opportunity to substantiate their claims and present evidence, the office of special counsel offered none. Jackson is correct — Russian collusion was not before the court in D.C. That's because no charges made by the O.S.C. related to collusion with Russian officials."

A history of political attacks 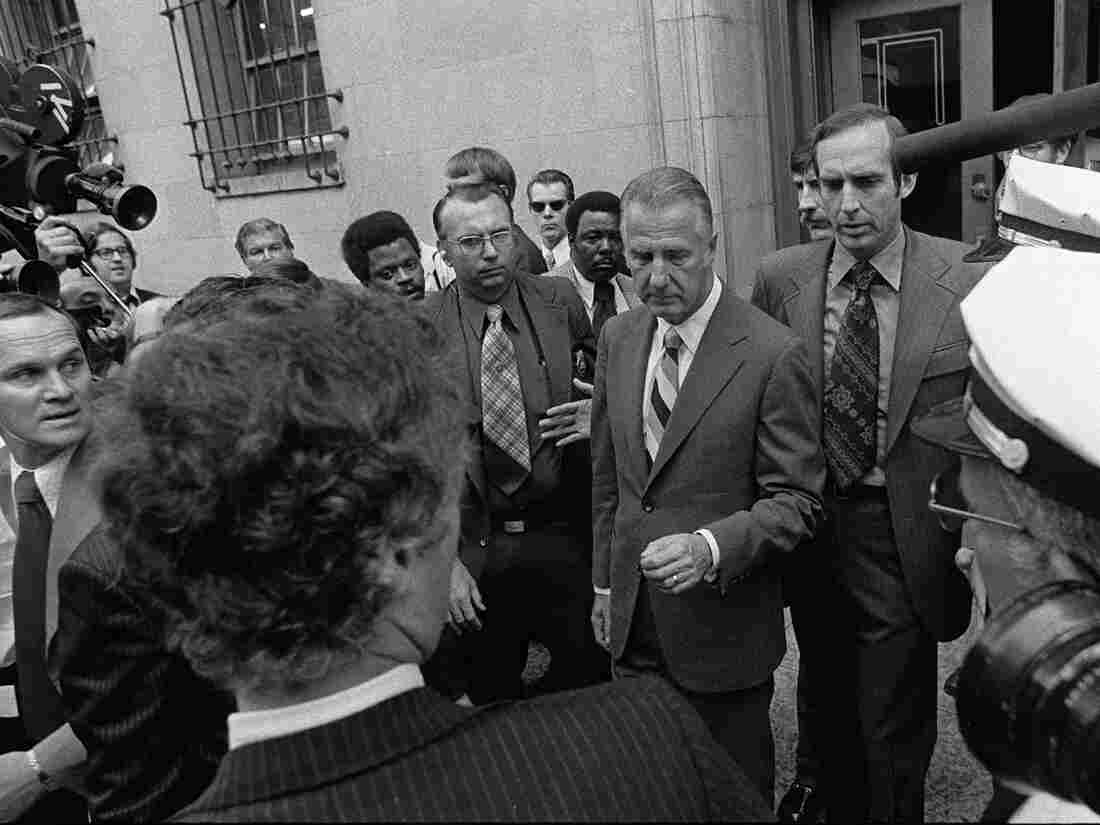 Spiro T. Agnew (center) pleaded no contest to a charge of income tax evasion — after attacks against the judicial system. Agnew resigned from the vice presidency. AP hide caption 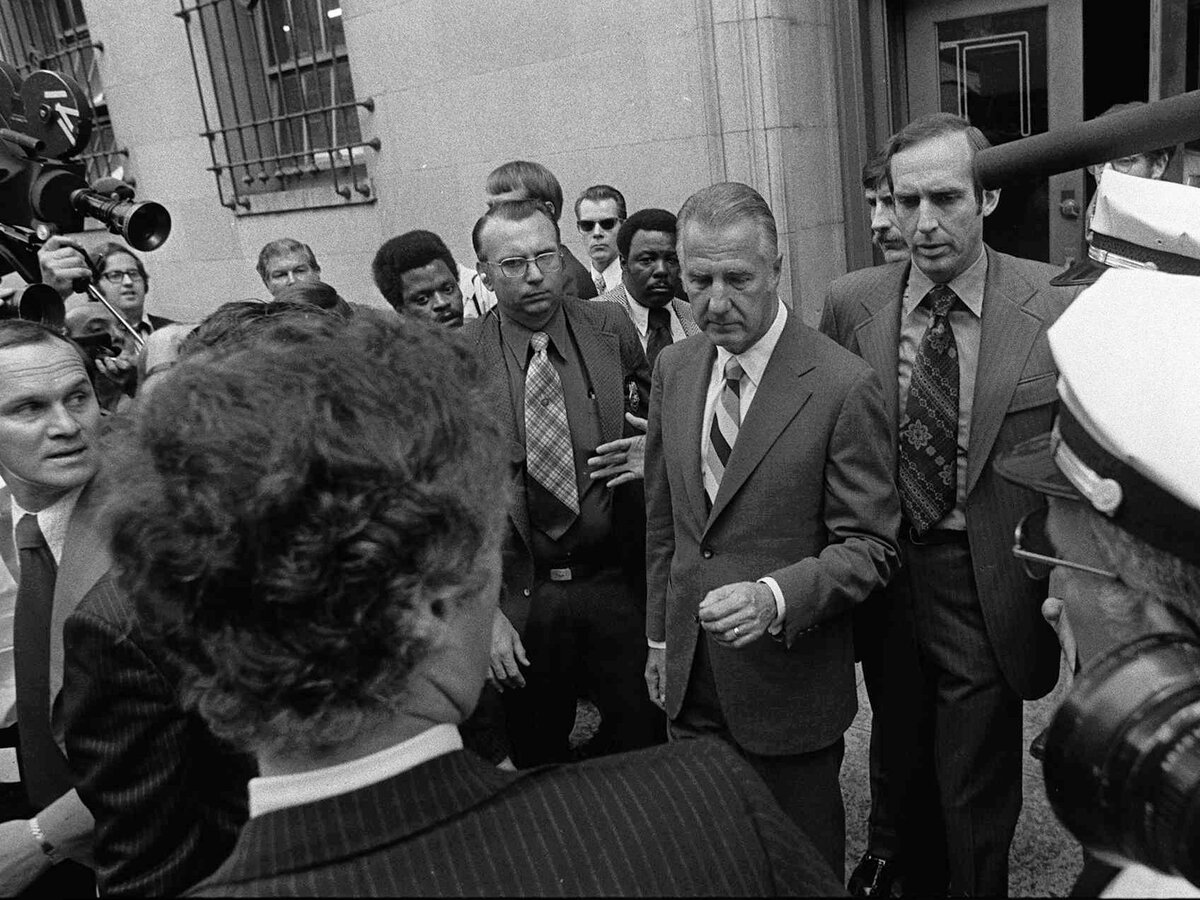 Spiro T. Agnew (center) pleaded no contest to a charge of income tax evasion — after attacks against the judicial system. Agnew resigned from the vice presidency.

The strategy of attacking the Justice Department or the system itself is hardly new, said panelist Peter Messitte, a federal judge in Maryland who was appointed to the bench by President Bill Clinton.

Messitte pointed out that former Vice President Spiro Agnew launched blistering verbal assaults against prosecutors while he was under investigation on allegations of bribery and other crimes in the Nixon era.

All the same, Messitte said, in 34 years on the bench at the state and federal level, "I have never really seen a case of partisan prosecution."

Robert S. Bennett, who famously defended President Clinton in the sexual harassment case brought by Paula Jones, told the audience in D.C. that he is still angry that independent counsel Robert Fiske was deposed by a panel of judges in favor of Kenneth Starr, whose sometimes salacious final report on Clinton provoked a significant backlash.

The event was sponsored by the law firm Searby LLP and American University's Washington College of Law.