Accessibility links
New Zealand Shootings Shocked Country With Low Crime Rates One of the most shocking aspects of the attack that has left at least 49 people dead is that it happened in a country where low crime rates are a part of its identity. 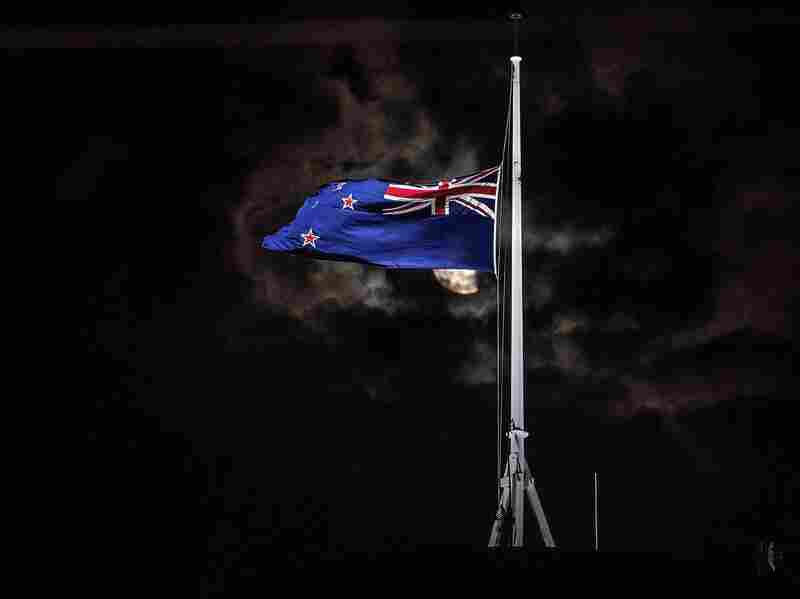 New Zealand's flag is flown at half-staff on a Parliament building in Wellington on Friday after the shootings in Christchurch. Marty Melville/AFP/Getty Images hide caption 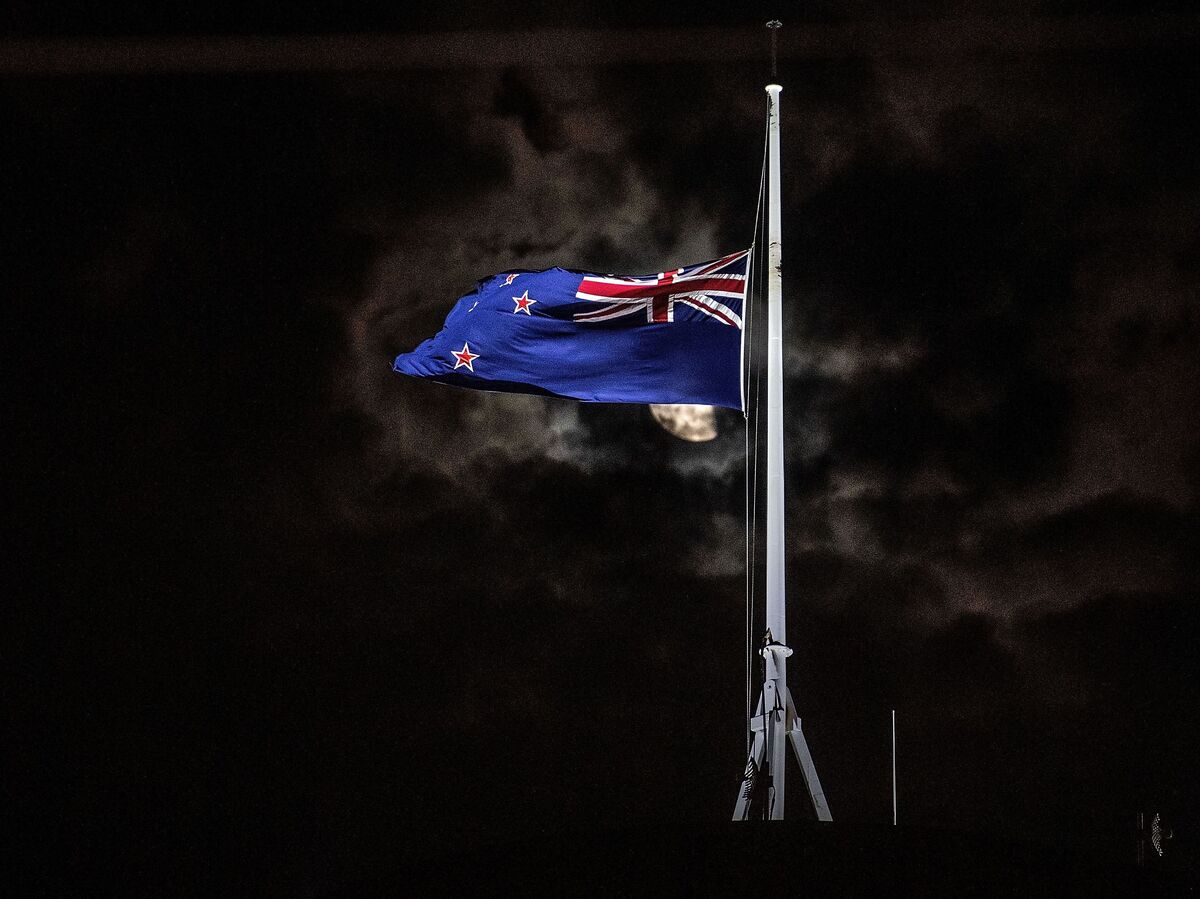 New Zealand's flag is flown at half-staff on a Parliament building in Wellington on Friday after the shootings in Christchurch.

One of the most shocking aspects of the massacre that unfolded Friday at two mosques in Christchurch is that it happened in New Zealand — a country where low crime rates are a part of its identity and mass shootings are extremely rare.

At least 49 people were killed. According to New Zealand Police, there were 69 total murders with a firearm between 2008 and 2017.

Former Prime Minister Helen Clark, who led the country from 1999 to 2008, told the New Zealand Herald that this was something New Zealand has "never ever seen."

"We have to go back 29 years to Aramoana mass shooting, but this is something that we have never ever seen — in a sense that it shatters our illusions that we are safe," Clark told the newspaper.

'One Of New Zealand's Darkest Days': Shootings At Mosques Kill At Least 49

She's referring to the shooting spree in 1990 in the small town of Aramoana, which until Friday was described by the government as the "deadliest mass murder in New Zealand history." After fighting with a neighbor and killing him and his daughter, a 33-year-old man started "indiscriminately shooting at anything that moved." The rampage left 13 people dead.

More recently, in 1997, a man killed six people at a ski lodge in what has become known as the Raurimu massacre.

The Aramoana incident prompted tightening restrictions on military-style semi-automatic firearms. But there's dispute about how those guns are defined, which, some critics say, has led to legal loopholes. As Stuff reported, the law is "now considered patchy by police, poorly written by the gun lobby, and such a 'bloody mess' when applied, a dispute over gun imports will now be settled by the courts."

And many guns don't need to be registered. "New Zealand's decision not to register 96% of civilian firearms makes it a standout exception, alone with the United States and Canada," Philip Alpers, an Australian researcher and the founding director of GunPolicy.org, said in a fact sheet.

"As the law stands, any person aged 16 or over with an entry-level firearm license can keep any number of common rifles and shotguns without an official record of those guns being kept anywhere," Alpers added. "Most guns can be legally sold on the Internet or through newspaper ads."

On Saturday, New Zealand Prime Minister Jacinda Ardern stated that "our gun laws will change." She said the "primary perpetrator" had purchased weapons legally, adding that he had two semi-automatic weapons and two shotguns. A lever-action shotgun was "also found," she said.

Gun ownership rates in New Zealand are much lower than in the U.S., and the country's rates of gun violence are generally considered very low, as Radio New Zealand reported:

"In 2016, there were nine gun murders or manslaughters in New Zealand, a rate of 1.87 per million people.

It's worth noting that the general homicide rate is considerably higher than the gun homicide rate in New Zealand. For example, based on government figures compiled by GunPolicy.org, there were 59 homicides in 2015 "by any means," and eight of those were gun homicides.

There are also some reports that crimes such as burglary, harassment and fraud in New Zealand are significantly underreported, and members of the indigenous Maori population are most likely to be victims of crime.

At a news conference Friday, New Zealand Police Association President Chris Cahill said that for almost all of the officers responding, "it will be the biggest and toughest thing they've had to deal with in their career," as NZ Herald reported.

He said that this could reawaken trauma for some officers — not from a previous shooting incident but from an earthquake. In 2011, a temblor in Christchurch killed 185 people.

Some members of the migrant communities targeted say that it was New Zealand's reputation for safety that drew them to the country.

"I always thought New Zealand was a safe place," Yasmin Ali, who would normally attend Friday prayers but stayed home on that day, told Stuff. Her family came from Somalia. "My parents ... chose this country because they knew I would have a good education, and they knew I'd be safe walking down the street with a headscarf." Now, her uncle is hospitalized after being shot.

Many police in New Zealand don't carry guns, The Associated Press noted. This incident is likely to cause some soul-searching about security, said an op-ed in Stuff, as the country's terrorism threat level was raised to high for the first time.

"Only the prime minister receives police protection; other MPs and ministers take it for granted that they can move around the country freely," the opinion piece said. "They won't be alone in questioning whether everything has changed."

The suspect reportedly "highlighted New Zealand's remoteness as a reason he chose it," the AP reported. "He wrote that an attack in New Zealand would show that no place on earth was safe and that even a country as far away as New Zealand is subject to mass immigration."