Accessibility links
Mary Lane Is Upholding The Blues Tradition: 'I Still Got It' The Arkansas-born blues singer looks back on her career and discusses Travelin' Woman, her first album in more than 20 years. 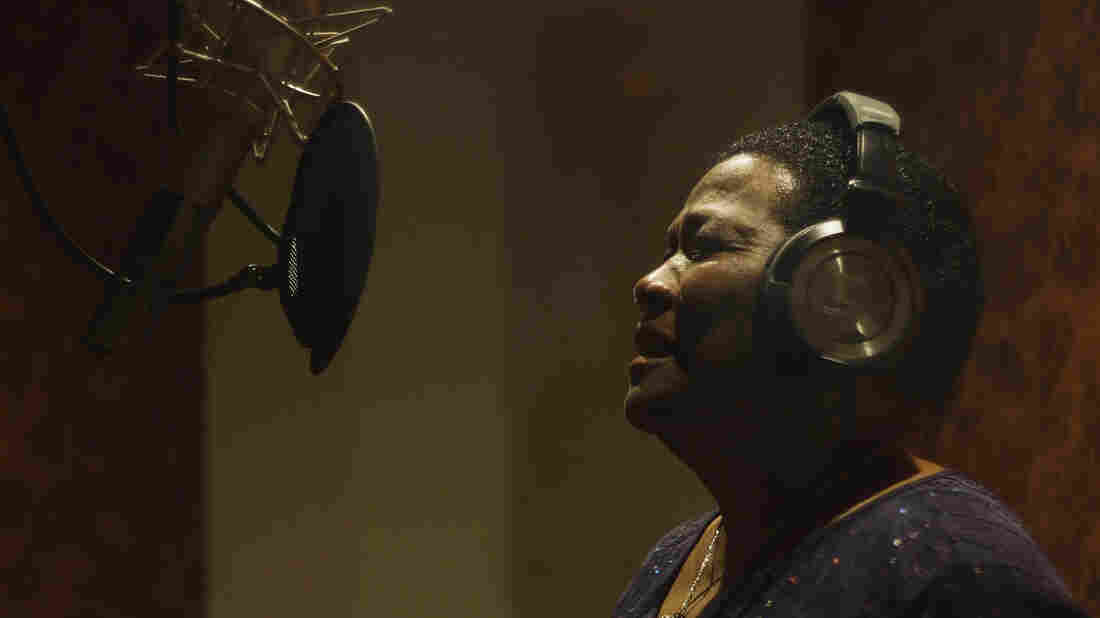 "I just sing what I feel," Mary Lane says.

Collin Susich /Courtesy of the artist

When blues legend Buddy Guy calls you the real deal, that's no small compliment. Recently, Guy bestowed that honor on Mary Lane. After years of flying under the national radar, Lane has released a new album and is getting a well-deserved burst of recognition.

The 83-year-old singer began performing as a kid on the street corners of Clarendon, Ark. before making her way north to Chicago as part of the Great Migration. There, Lane developed a local following playing in clubs, alongside members of the blues pantheon including Howlin' Wolf, Elmore James, Magic Sam and Junior Wells. Along the way, she recorded just one album more than 20 years ago. Now, Lane is back with a new collection called Travelin' Woman, out now.

Lane remembers her earliest days performing in Arkansas, where she would sing for the workers in the cotton fields. "I used to go to the field and all the people were out there picking cotton and everything. I'd always be behind. I'd be back there just singing and everybody say, 'Come and sing, Mary. Go on and sing.' And I kept on doing it for years and years as I came up."

That experience gave Lane the confidence as a teenager to perform with legendary bluesman Robert Nighthawk. "I went on over and grabbed the mic and and from then on, I was out there, I was up there with him every weekend."

Lane's talent and drive took her from the countryside of Arkansas to the city of Chicago in 1957, where she became known in the city for her showmanship, her spontaneous songwriting — "I just sing what I feel" — and working solely off the inspiration blues music gives her.

"The music got to be right. You know, I gotta feel it," Lane says. "A lot of musicians out here, they play and they sound good. But you got to have that feel for the blues."

On, Travelin' Woman, produced by Jim Tullio, Lane sings of migration, heartbreak and country troubles, all delivered with the signature expression and spirit of traditional blues greats. Lane says she still sings the blues because it upholds the tradition of what the blues meant to her generation. The younger generation of blues artists coming up now, she explains, just don't play it the same.

"For real, they haven't experienced the things that I have," Lane says. "Most of the older musicians, they singing about life and the things they feel, and that's how they play the blues and sing the blues. So the younger guys, what they got to sing about? A lot of them don't even know what the blues is."

Lane was the subject of the documentary I Can Only Be Mary Lane and released Travelin' Woman under the new Women of The Blues record label as the label's first artist. Lane is taking the recent accolades in stride. "Until I can't do it no more, I'll be out here," she says. "I still got it."