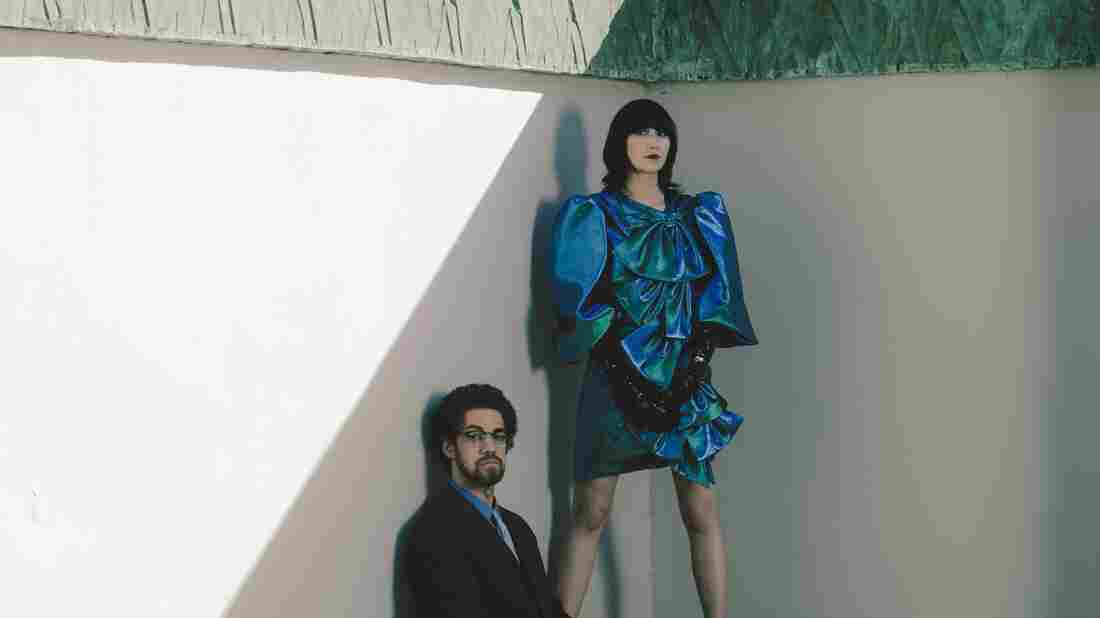 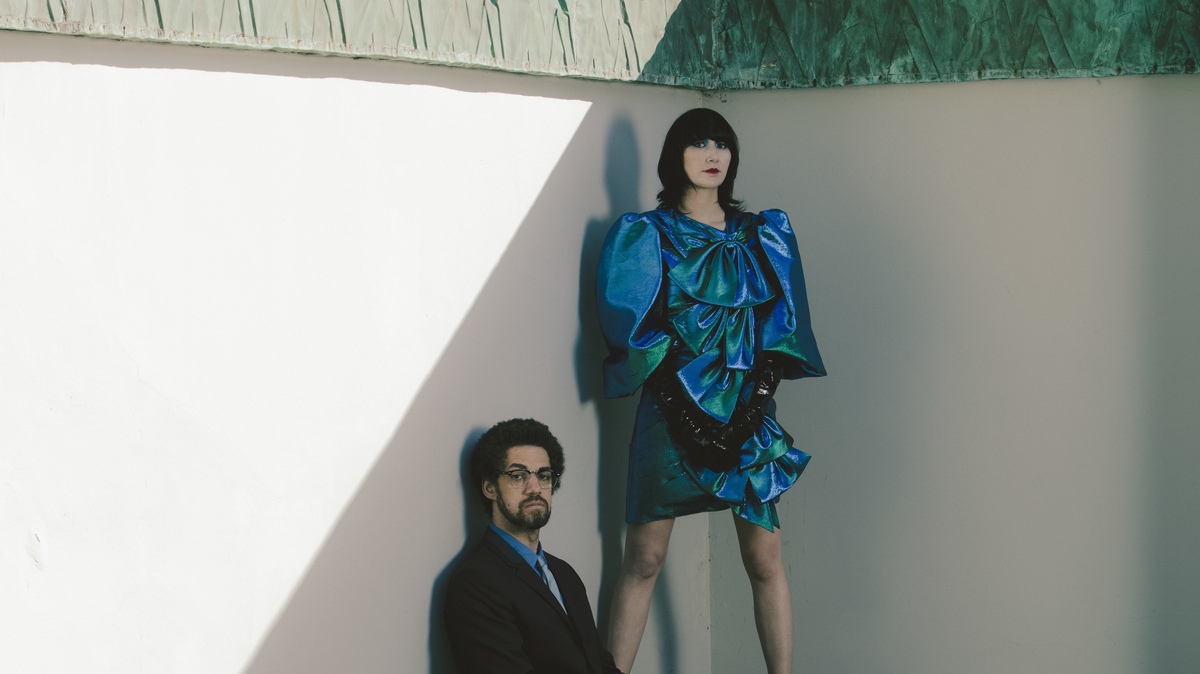 Danger Mouse and Karen O. have combined forces for the album Lux Prima.

Eliot Lee Hazel/Courtesy of the artists

Karen Lee Orzolek, or Karen O, is the stage-stomping frontwoman for the rock trio the Yeah Yeah Yeahs.

But her latest work wasn't with the American indie rock band. Instead, Karen O teamed up with Brian Burton, better known as Danger Mouse — a Grammy-winning musician who has worked with artists like Adele and The Black Keys.

In a combination of forces, the superstar duo has produced a new album called Lux Prima. The album's title track features ethereal, laid back orchestration as Karen O sings, "No sun on the glass / No darkness / No eyes / Nobody but you."

This nine-minute song is the first the pair wrote during their first week working together — it was written while they were still getting to know each other.

"That was our entry point into making music together," Karen O told NPR's Lulu Garcia-Navarro on Weekend Edition.

The ideas for the song sprang forward after they had been listening to several longer songs — such as Michael Kiwanuka's track "Love and Hate." After four or five days of trying new ideas, Danger Mouse said the song "Lux Prima" simply linked all their ideas together.

"It was our first week and it actually would be less pressure to do something that's really long like that because it can be whatever it needs to be," he said.

Neither one of them remembers how they initially met, but Danger Mouse said he remembers being in the same room as Karen O when he was DJing an event with Iggy Pop in 2004. Years later, in 2008 they were talking to each other after an event in New York City when they decided to collaborate.

"I just really wanted to work with Karen and see where it went," Danger Mouse said. "I love her voice and immediately it was just — we kind of wanted to make something beautiful."

Funnily enough, Danger Mouse admitted that he cannot actually play guitar very well. He said the guitar sounds in the song were created using a guitar note on his keyboard. Initially, he played the notes for Karen O and asked what she thought. That's when she came up with the bridge for the song.

"It's been a song that's kind of been like almost a therapeutic song for me to listen to since we wrote it," Karen O said. "It's a warm place for me."

Most of the album's lyrics didn't come as easily to the duo. Both of them admitted that lyric writing was a tough, almost torturous process.

"It's like blood from a stone with me," Karen O said. "It's a process of a stream of consciousness and also like self-editing at the same time."

The collaboration between Danger Mouse and Karen O extends beyond just this album. They plan to pair their music with an immersive art installation at the Marciano Art Foundation in Los Angeles in April. The event, which Danger Mouse called the "ultimate listening experience," is already fully booked.

"The installation is kind of crafted so it just like it's just kind of heightens all those senses that arise when you're listening to something and you're sailing into your imagination," Karen O said.

The listening experience was a big consideration for Karen O and Danger Mouse in making this album, they said — that's why the first and last song on the album are similarly orchestrated.

"It's kind of a circle and you do just want to kind of listen to it on repeat rather than just like a single song off it," Karen O said.

Even if listeners can't make it to the art installation, Danger Mouse said he hopes the album is a soundtrack that can relate to anyone's life.

"It's something that puts you into a certain place and you're like, 'Man this would be great to put myself or other people in this place too,' " he said.