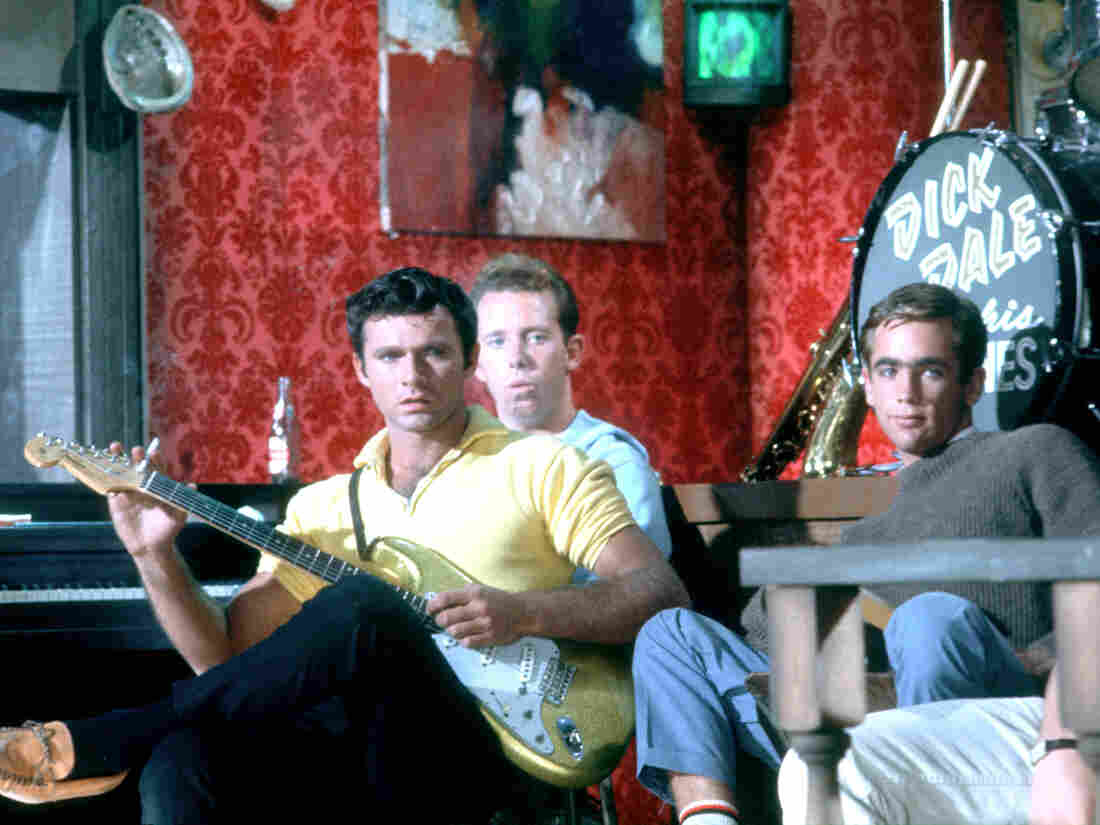 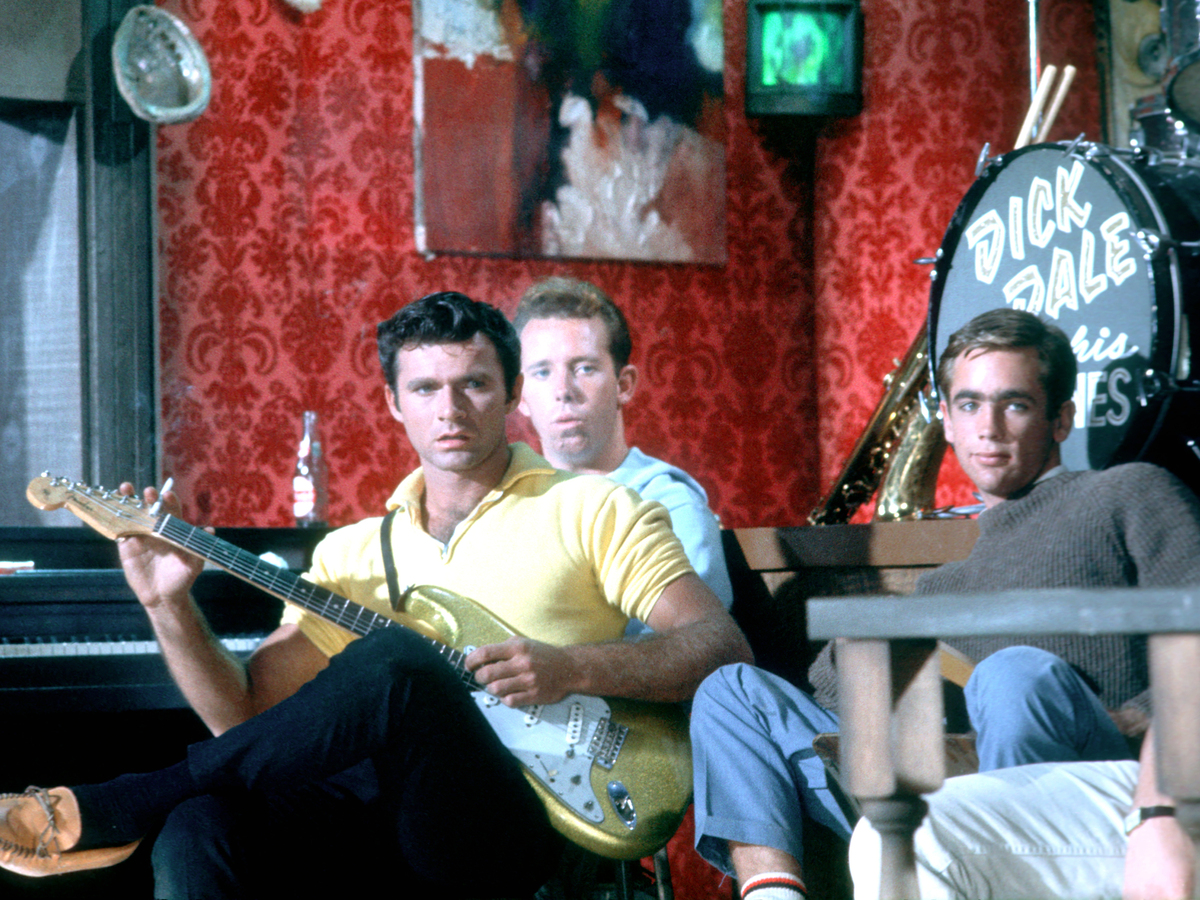 A photo of surf guitarist Dick Dale (with guitar) and his band, the Del-Tones.

Dick Dale, the surf rock pioneer who took reverb to new levels, died on Saturday night. He was 81. The guitarist's health had declined over the past 20 years due to a number of illnesses, including diabetes, kidney disease and rectal cancer. The news was confirmed to NPR by Dusty Watson, a drummer who worked and toured with Dale between 1995 and 2006, who says he spoke with Dale's wife, Lana Dale. No cause was given.

Dale, born Richard Anthony Monsour in 1937, changed the sound of rock and roll in the early 1960s when he upped the reverb on his guitar and applied the Arabic scales of his father's native Lebanon. Born and originally raised in Massachusetts, he found his aesthetic when his family moved to Orange County, California in 1954 — where he took up surfing.

His high-energy interpretation of an old song from Asia Minor, "Misirlou" (Egyptian Girl), became the most famous song of surf rock: He had learned the tune from his Lebanese uncles, who played it on the oud.

"I started playing it," Dale, who had started out as a drummer, told NPR in a 2010 interview, "and I said, 'Oh no, that's too slow.' And I thought of Gene Krupa's drumming, his staccato drumming... When we went to California, I got my first guitar, but I was using this rocket-attack, Gene Krupa rhythm on the guitar."

And that wildfire-tempo song became his signature: Dale self-released "Misirlou" as a single on Deltone Records in 1962, which led in part to a deal with Capitol Records to distribute his first album, 1962's Surfer's Choice. Dale's first album for Capitol was 1963's King of the Surf Guitar; he said that fans at an early show came up with the honorary moniker.

Dale's collaborations with guitar inventor Leo Fender also made sonic history. "I met a man called Leo Fender," he told NPR, "who is the Einstein of the guitar and the amplifiers. He says, 'Here, I just made a guitar, it's a Stratocaster. You just beat it to death and tell me what you think. So when I started playing on that thing, I wanted to get it to be as loud as I could, like Gene Krupa drums. And as I was surfing, when the waves picked me up and took me through the tubes, I would get that rumble sound."

Fender and Dale also worked together on amplifiers, Dale told Fresh Air's Terry Gross in 1993. "I wanted to get a fat, thick, deep sound," Dale remarked.

Fender kept trying options, but Dale still wasn't satisfied. "We kept on making all these adjustments with output transformers, with speakers," Dale told Fresh Air, "and that's how I blew up over 48 speakers and amplifiers. They'd catch on fire, the speakers would freeze, the speakers would tear from the coils ... So he went back to the drawing board came up and invented the Dick Dale Showman amplifier, and the dual Showman amplifier with the 15 inch Lansing speaker. That was the end result ... along with the creations that we did on the Stratocaster guitar, making it a real thick body because the thicker the wood, the purer the sound."

Three decades after he first released his most famous tune, Dale and "Misirlou" had a wave of resurgence after the song was featured in the opening credits of Quentin Tarantino's 1994 film Pulp Fiction. The movie's soundtrack sold more than 3 million copies and helped put surf rock — and Dale himself — in front of a new generation of music fans. New compilations were issued and he was even booked on the 1996 Warped Tour.

Over the decades that followed, he released two more albums and kept playing in front of live audiences. "I make my guitar scream with pain or pleasure or sensuality," he told NPR. "It makes people move their feet and shake their bodies. That's what music does."