Accessibility links
Boeing Brings 100 Years Of History To Its Fight For Its Reputation Two high-profile plane crashes. The grounding of its bestselling jetliner. How did Boeing get here, and how can it recover from this crisis of confidence? 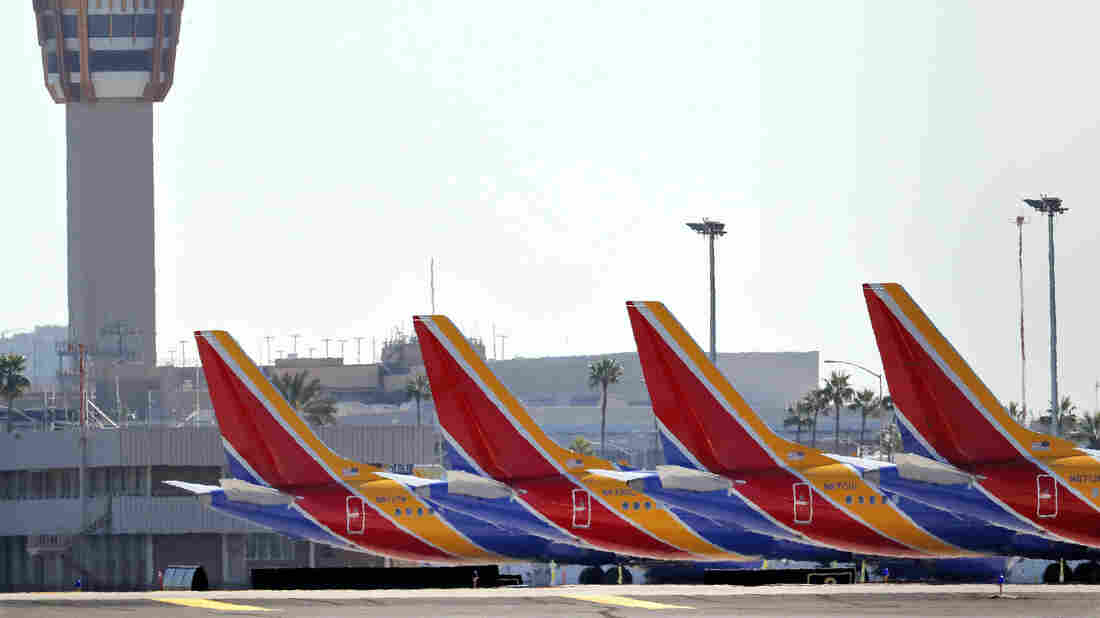 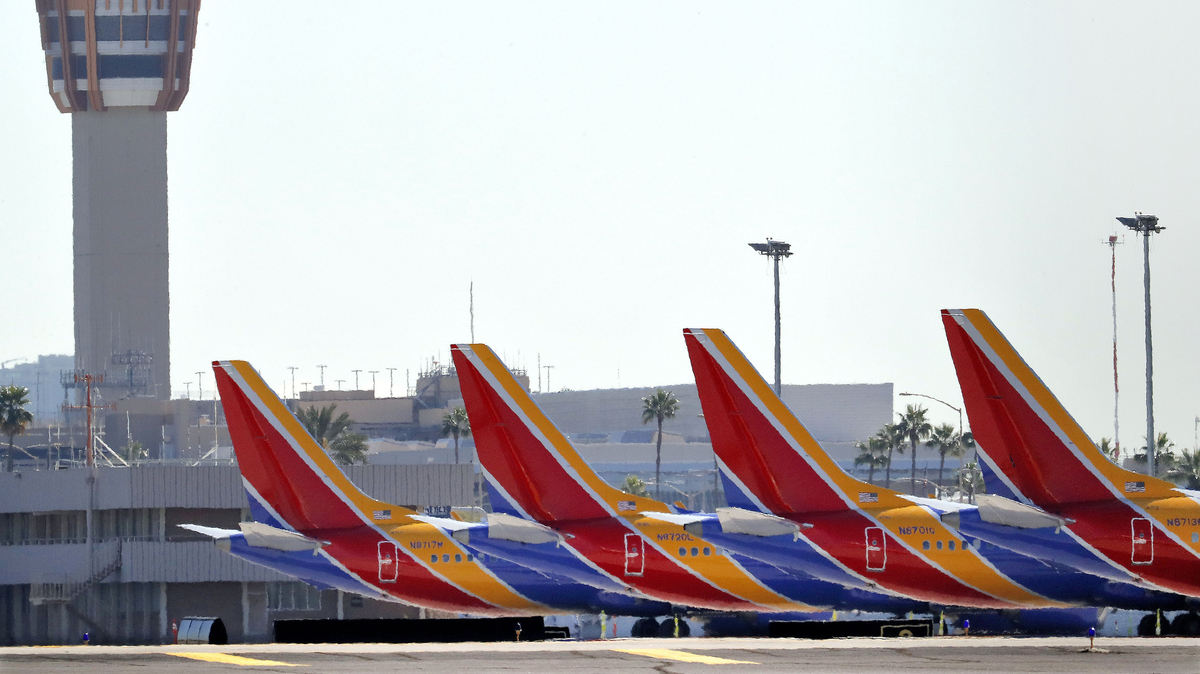 Boeing's bestselling jetliner, the 737 Max, has crashed twice in six months — the Lion Air disaster in October and the Ethiopian Airlines crash this month. Nearly 350 people have been killed, and the model of plane has been grounded indefinitely as investigations are underway.

Boeing has maintained the planes are safe. But trust — from the public, from airlines, from pilots and regulators — has been shaken.

So far, experts say, Boeing has mishandled this crisis but has the opportunity to win back confidence in the future.

Boeing bet heavily on the Max. The plane was designed to compete with a fuel-efficient jetliner from rival Airbus, and analysts have estimated it is responsible for nearly a third to 40 percent of Boeing's profits.

Reporting from The Seattle Times suggests Boeing's urgency to get the plane to market pressured the Federal Aviation Administration, which may have contributed to lax oversight on safety. Boeing disputes this.

But many people are raising questions about how cozy the manufacturer is with the FAA and how committed the company has been to protecting safety.

"I think that Boeing currently is flunking the 'can-we-trust-you test,' " says Sandra Sucher, a professor of management practice at Harvard Business School.

Trust includes multiple dimensions, she says: trusting a company to be competent, to be motivated to do the right thing, to use fair methods to achieve its goals, and to hold itself accountable when things go wrong. On every level, by her reckoning, Boeing is falling short.

It's possible to win back that trust, she says — but only if the company holds itself accountable.

"The worst thing that they could do would be to maintain their insistence that this plane is safe to fly," she says. "I think they have to start with a clear statement that they take accountability for what happened."

Boeing has supported the FAA's decision to ground its planes and is providing assistance to the ongoing investigations. But the company continues to stand behind the safety of its product. In a letter Monday, CEO Dennis Muilenburg described a commitment to making "safe airplanes even safer."

"Together, we'll keep working to earn and keep the trust people have placed in Boeing," he wrote.

Sucher says Boeing needs to start by rebuilding confidence within the company itself — convincing employees they are protected if they highlight problems. Once that trust is rebuilt, the company can start looking outward, where it has multiple audiences to convince of its reliability.

"Boeing is working in a dual lane when it comes to restoring its brand," says Shashank Nigam, the CEO of aviation consultant firm SimpliFlying.

On one hand, he says, there are "airlines and regulators, who are the key stakeholders" — those who actually purchase and monitor the planes.

But members of the general public are "the ultimate customers," Nigam says, and Boeing ultimately needs to win their confidence, too. 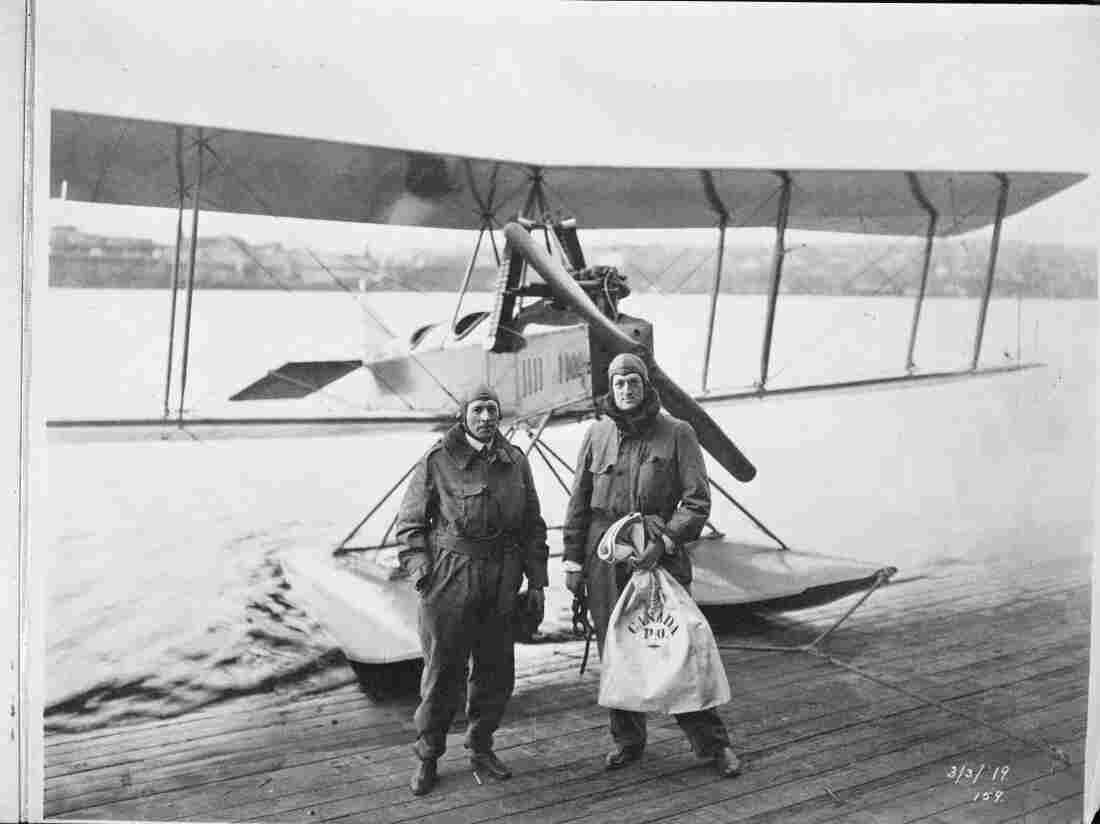 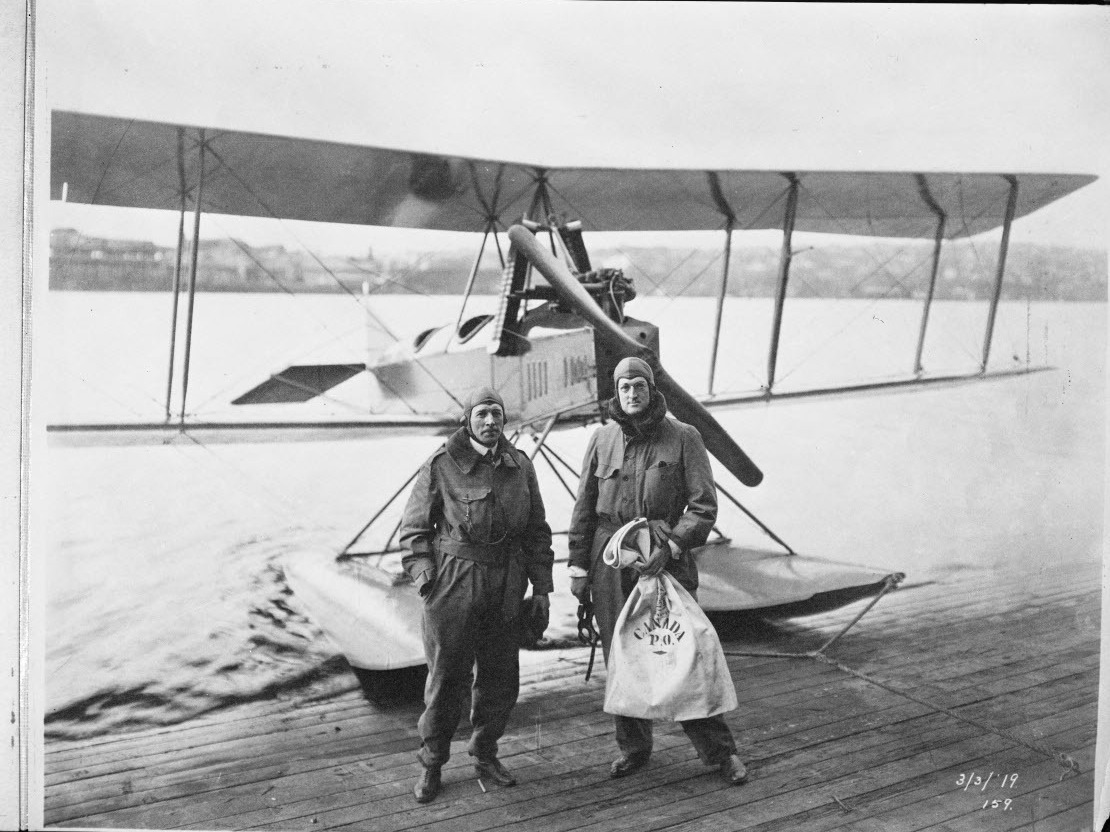 In 1919, Bill Boeing (holding the mailbag on right) and Eddie Hubbard flew the first international mail flight from Vancouver, British Columbia, to Seattle in the Boeing Model C, the company's first production plane.

A history of turbulence — and soaring success

Analysts expect Boeing to weather this storm. The company has certainly survived other rough patches in its century-long history.

It was founded in 1916, just 13 years after the Wright brothers first flew at Kitty Hawk. Bill Boeing started out making wood-and-canvas seaplanes out of a boathouse. He got a big boost from military orders during World War I, explains Russ Banham, a financial journalist and the author of Higher, a history of the company.

"Then the war ended. The government orders came to a standstill and the company actually was forced to make furniture ... and wooden boats," Banham says.

But Boeing hung on until World War II, and another infusion of U.S. military funds — and deeper ties to the U.S. government. 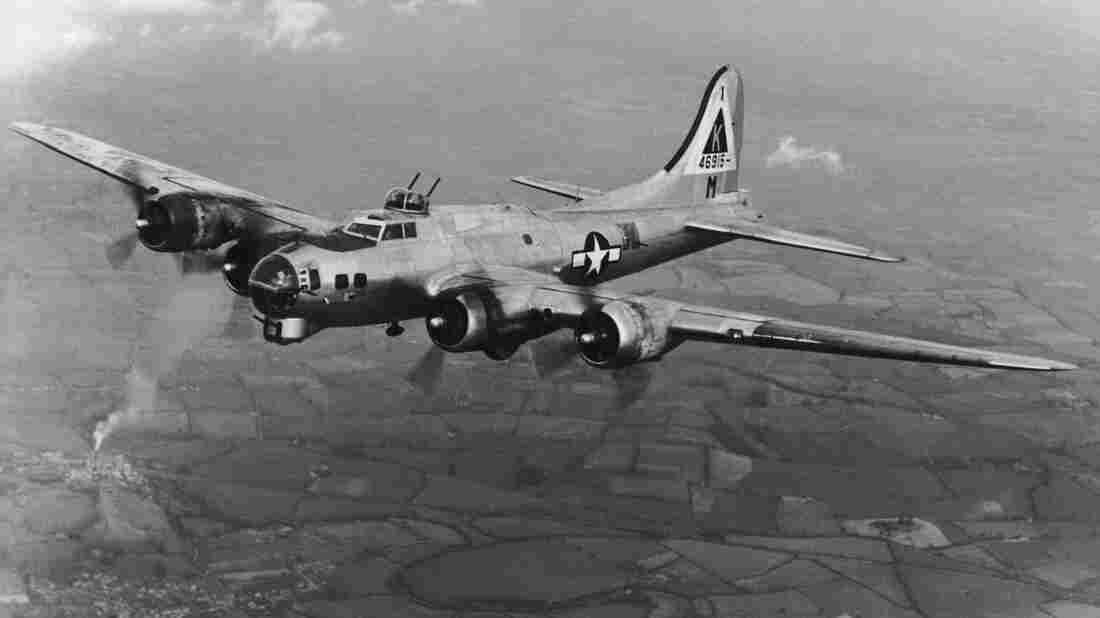 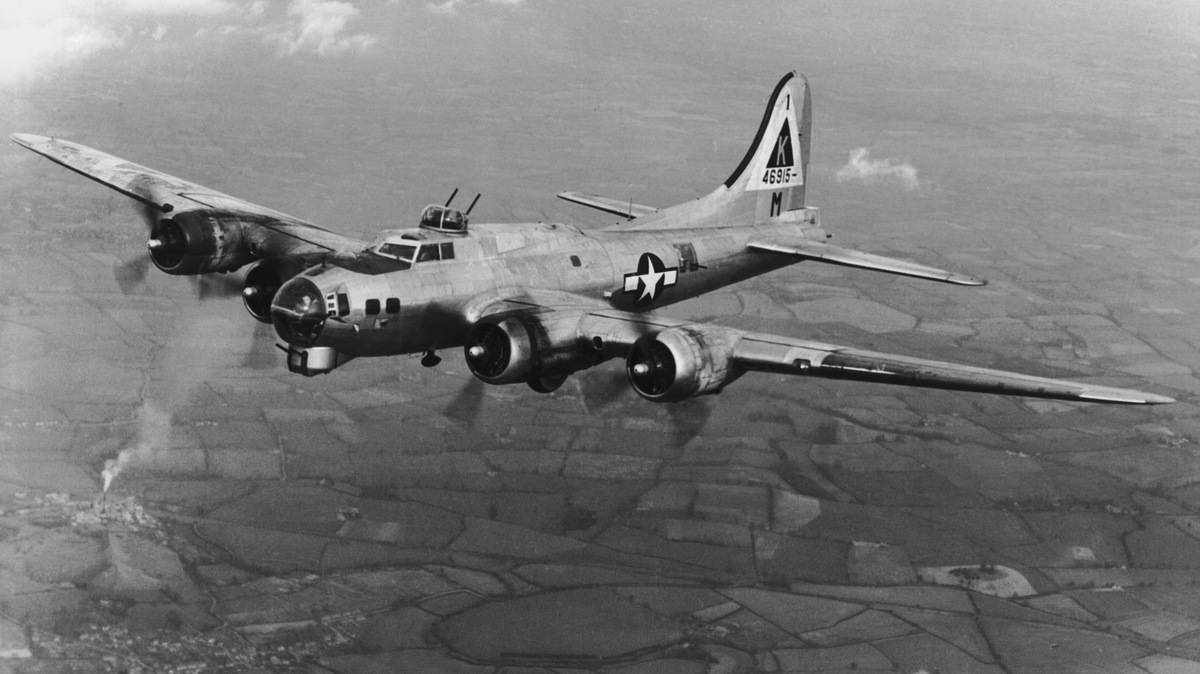 A period of postwar prosperity was followed by a low point in the early 1970s, during a recession that struck the entire aerospace industry. For a year and a half, Banham says, Boeing didn't get a single order. The company laid off so many people from its facilities in Seattle that locals put up a billboard: "Will the last person leaving Seattle — turn out the lights."

Still, Boeing was resilient, building wind turbines and even getting into the housing industry, before roaring back to become a profitable, influential industrial powerhouse. Today it's America's largest exporter.

More recently, Boeing survived the troubled launch of the 787 Dreamliner. Batteries onboard could catch fire, a problem that prompted the FAA to ground the planes. Christine Negroni, an aviation writer and the author of The Crash Detectives, called it a "fiasco."

But nobody died in the Dreamliner battery incidents. Negroni says Boeing is in a tougher situation today.

"I don't think it could be worse for Boeing right now," she says. "Two new airplanes. Two big problems, two groundings. It doesn't live up to our expectations of Boeing and it's certainly shaken the confidence of travelers worldwide."

"People are going to forget"

Passengers might be alarmed today. But historical precedents suggest that after some time has passed, the public will be willing to get back on the 737 Max.

The world's very first jetliner — the de Havilland Comet — had a fatal flaw. Three planes disintegrated, killing all onboard, before engineers figured out the problem and fixed it. A redesigned Comet 4 flew for decades.

And in the 1970s, the DC-10 (produced by then-Boeing rival McDonnell Douglas) suffered a series of crashes tied to design flaws. Problems with the plane's cargo door brought down two planes, killing nearly 350 people in the second accident. Then, in 1979, a combination of maintenance and design flaws caused the then-deadliest aviation accident in U.S. history.

But problems in the plane's design were fixed. "When they were rectified, the DC-10 went on to have a very illustrious career with multiple airlines," he says. 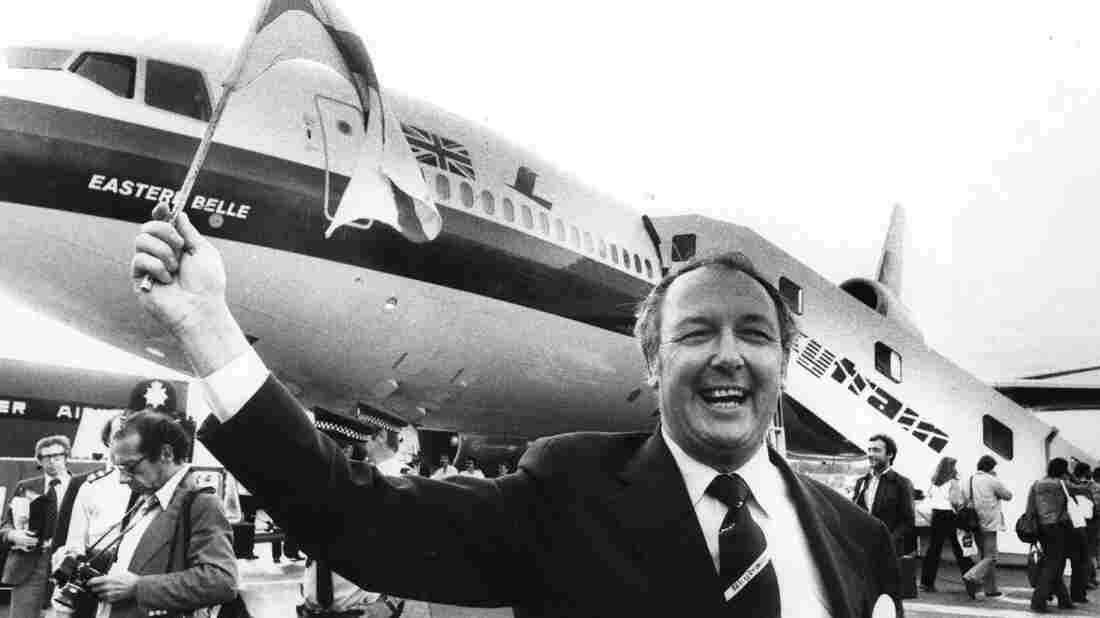 British entrepreneur Freddie Laker waves a flag in front of a Douglas DC-10 in 1977 at the launch of his no-frills "Skytrain" service. The DC-10 had already experienced multiple catastrophes as a result of design flaws, and another deadly crash came two years later. Dennis Oulds/Getty Images hide caption 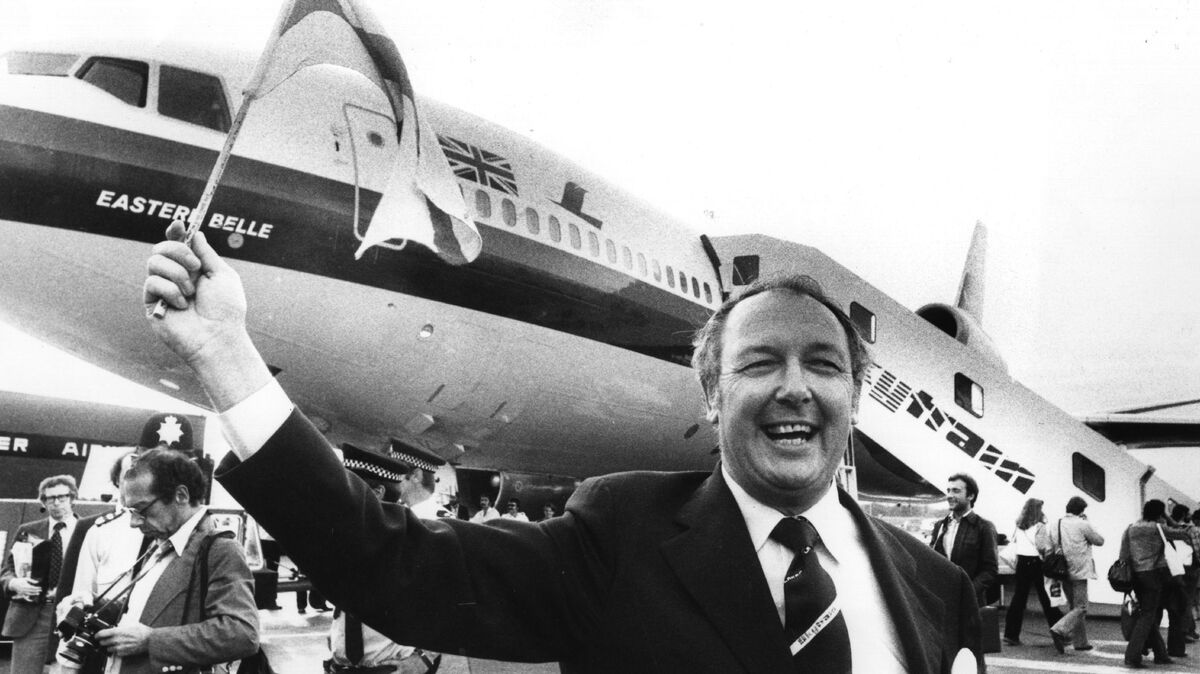 British entrepreneur Freddie Laker waves a flag in front of a Douglas DC-10 in 1977 at the launch of his no-frills "Skytrain" service. The DC-10 had already experienced multiple catastrophes as a result of design flaws, and another deadly crash came two years later.

Both the Comet and the DC-10 were eventually eclipsed by other planes with better technology, and their manufacturers were acquired by competitors (McDonnell Douglas, in fact, was purchased by Boeing). But the planes themselves spent decades in service, and a version of the DC-10 is still in use by the U.S. Air Force.

So once the investigations into the 737 Max are concluded, and problems are fixed, Leighton has a simple prediction.

Because of incorrect information provided by Boeing, a previous photo caption said the first international mail flight was from Seattle to Vancouver, British Columbia. The flight was actually from Vancouver to Seattle.