Accessibility links
Jay-Z, 'Super Fly,' 'La Bamba' Added To National Recording Registry As it has annually since 2002, the Library of Congress announced a wide variety of recordings it has selected as culturally significant and worthy of preservation. 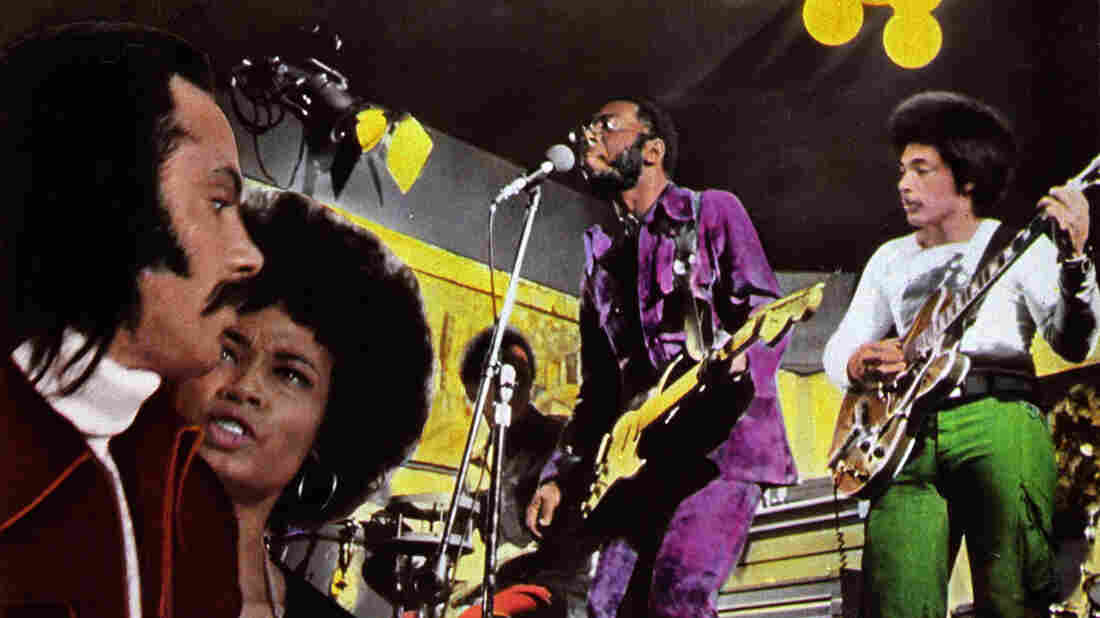 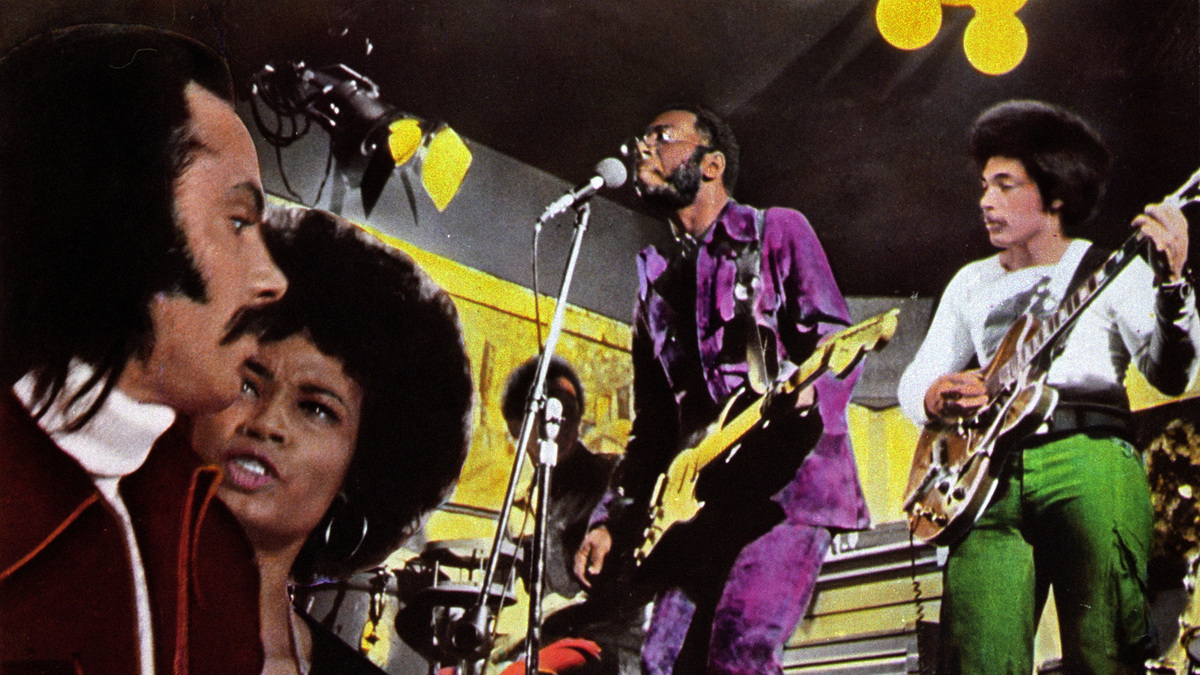 Curtis Mayfield (in purple) performs in a detail from a poster advertising the 1972 film Super Fly, for which Mayfield composed the soundtrack album.

As it has annually for 17 years, the Library of Congress picked out a wide-ranging set of recordings — songs, albums, speeches, monologues, field recordings and some very old phonograph cylinders — to add to the National Recording Registry, bringing the total number of works within it to 525.

"The National Recording Registry honors the music that enriches our souls, the voices that tell our stories and the sounds that mirror our lives," said Librarian of Congress Carla Hayden, who in 2016 became the first woman and the first African-American to lead the Library.

The most modern of this year's 25 selections is The Blueprint, Jay-Z's 2001 album that solidified the now-mogul's place in history and boosted the rise of Kanye West, who produced several of its songs. In 2002, Grandmaster Flash and The Furious Five's epochal single "The Message" became the first hip-hop recording included in the Registry, as part of its inaugural list. Since then, works from hip-hop luminaries Public Enemy, 2Pac, The Sugarhill Gang, N.W.A and Run-D.M.C. have been included in its catalog.

Nina Simone's lament "Mississippi Goddam," released in 1964 in response to the murder of civil rights activist Medgar Evers by a Klansman and the bombing of a church in Birmingham, Ala. that killed four young girls, was also added to the rolls. (Simone would later say some of her songs from the civil rights era had hurt her career).

Ritchie Valens' "La Bamba," the Chicano rock pioneer's adaptation of a Mexican folk song, made the young Valens' legacy just before he died in a plane crash at the age of 17. (A biopic of the same title was named to the National Film Registry in 2017). The song "continues to be a hallmark in American music and an influence on all Latino music that followed," says Louie Pérez, whose band Los Lobos famously covered the song in the 1980s, in a statement issued by the Library of Congress.

Two heavily grooved, disco-era classics from 1978 also made the list — Earth, Wind & Fire's song "September" (the date celebrated in the song, for what it's worth, has no meaning beyond its satisfying sound) and Sylvester's "You Make Me Feel (Mighty Real)." Another album intrinsic to that decade's sound, Curtis Mayfield's soundtrack album for Super Fly, was added as well.

Non-musical entries include Robert F. Kennedy's April 4, 1968 speech, given in response to the assassination of Dr. Martin Luther King, Jr.; the monologues of Ruth Draper, whose theatrical performances brought her, by request, to Windsor Castle to perform; the comedy-history album Stan Freberg Presents the United States of America, Vol. 1: The Early Years from 1961; and documentation of 23 tribal languages of Native Americans from the Northwest of the country.

A previous version of this story misspelled Ritchie Valens' first name as Richie.