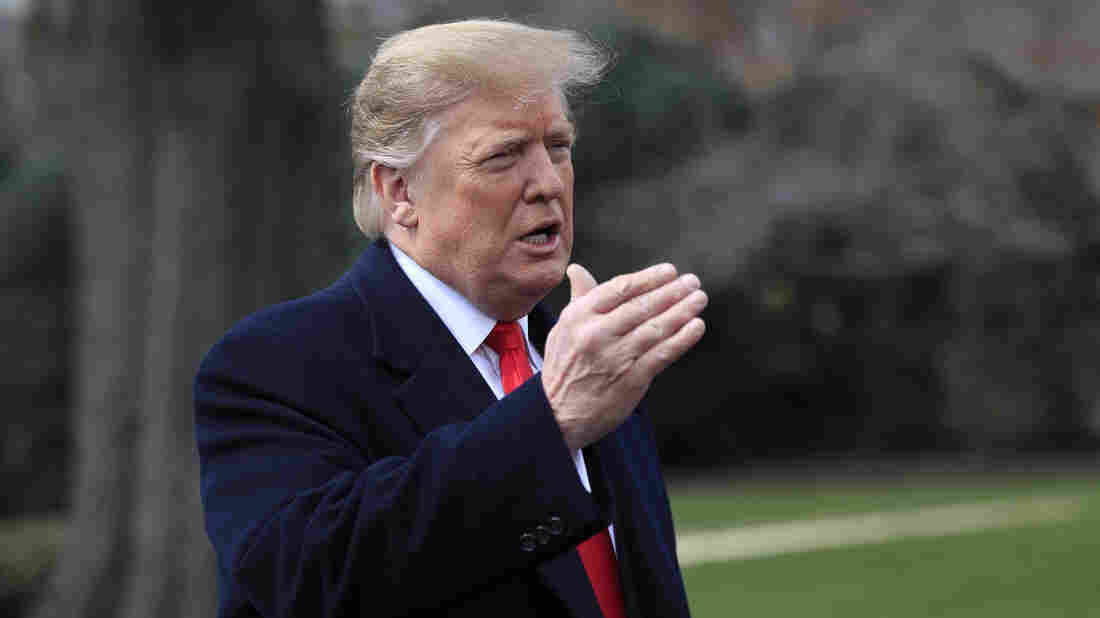 President Trump says he looks forward to seeing the report of special counsel Robert Mueller, who has been looking into Russian interference in the 2016 election. Manuel Balce Ceneta/AP hide caption 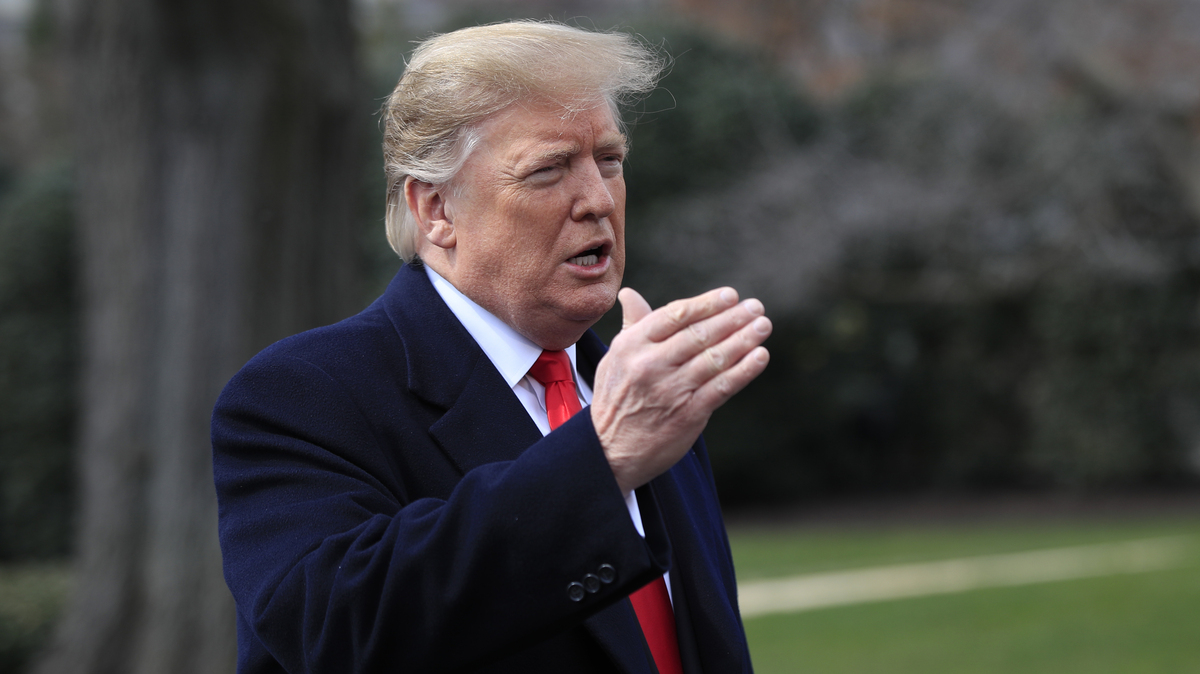 President Trump says he looks forward to seeing the report of special counsel Robert Mueller, who has been looking into Russian interference in the 2016 election.

Amid signs that special counsel Robert Mueller will soon complete his investigation into Russian interference in the 2016 presidential election, President Trump says that he looks forward to seeing the report and that it should be made public.

Answering questions from reporters on the South Lawn of the White House prior to traveling to Ohio on Wednesday, Trump said of Mueller's report, "Let it come out. Let people see it — that's up to the attorney general."

Federal law requires Mueller to present Attorney General William Barr with a confidential report upon the completion of his work.

By an overwhelming vote last week, the House called on Barr to release whatever report Mueller submits to the Justice Department.

During his confirmation hearing in January, Barr said his goal "will be to provide as much transparency as I can consistent with the law," regarding Mueller's final report, but stopped short of promising to release it.

Trump also criticized, although not by name, former Attorney General Jeff Sessions, who had recused himself from the Russia probe, leaving Deputy Attorney General Rod Rosenstein to oversee Mueller's work. Rosenstein appointed Mueller, a former FBI director, to conduct the investigation. On Wednesday, Trump said that Sessions "didn't have the courage to do it himself" and said that it was interesting "that a man out of the blue just writes a report," before again recalling his Electoral College victory in 2016.

In a previous version of this story, Robert Mueller's last name was incorrectly given as Muller in a number of references, including the photo caption.