Accessibility links
Fed Signals It May Not Change Interest Rates This Year The Federal Reserve left interest rates unchanged Wednesday and signaled that no more rate hikes may be necessary this year amid signs of economic slowing. 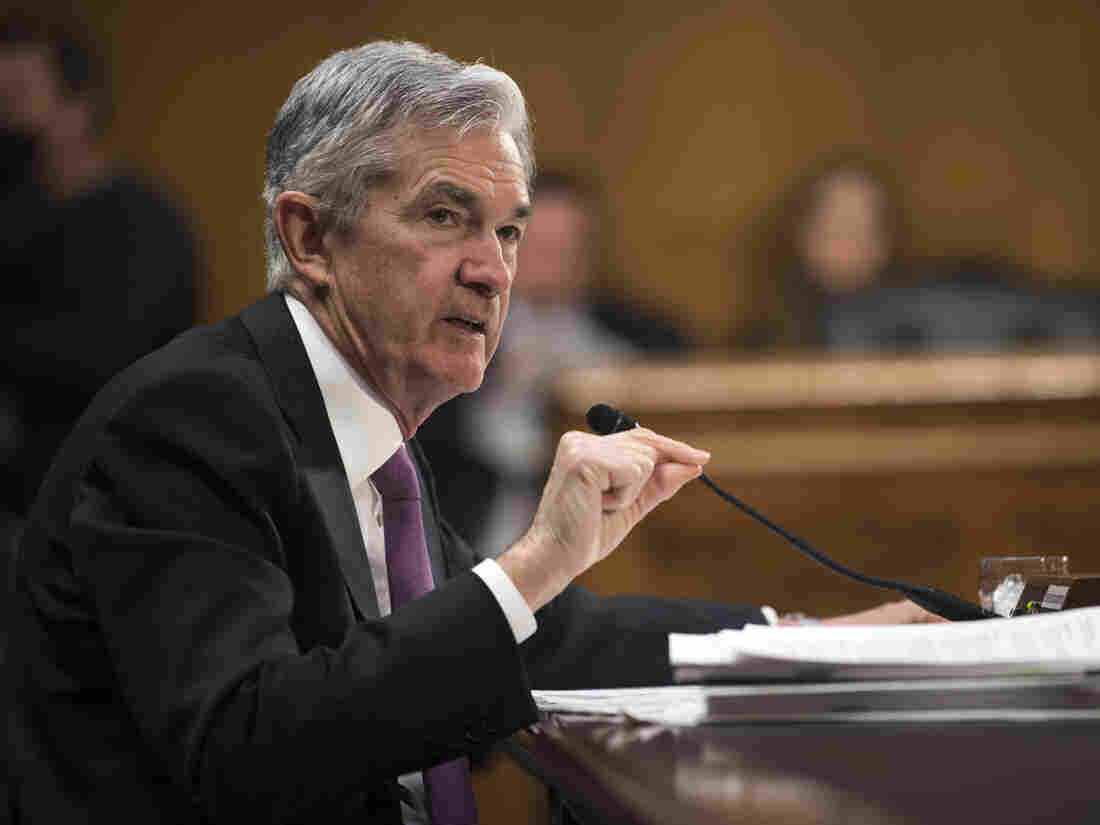 Federal Reserve Chairman Jerome Powell testifies before the Senate Banking Committee on Feb. 26. "It may be some time before the outlook for jobs and inflation calls clearly for a change in policy," he said Wednesday. Kevin Wolf/AP hide caption 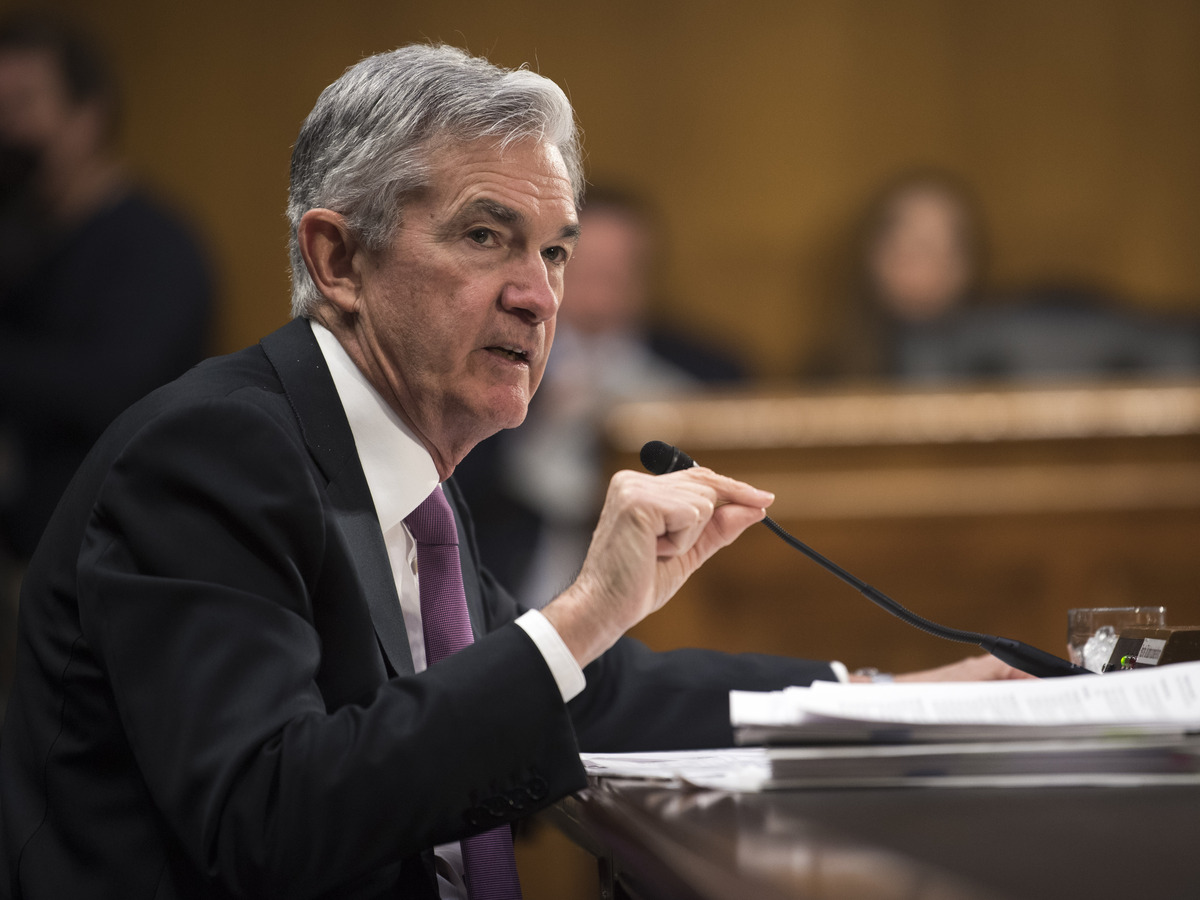 Federal Reserve Chairman Jerome Powell testifies before the Senate Banking Committee on Feb. 26. "It may be some time before the outlook for jobs and inflation calls clearly for a change in policy," he said Wednesday.

The Federal Reserve is signaling that it may be done hiking interest rates this year, amid signs of economic slowing.

The Federal Reserve's Open Market Committee on Wednesday left its target rate unchanged at 2.25 percent to 2.5 percent. More than half the committee's members signaled they don't expect any additional rate increases this year. That's a sharp change from December when the Fed was anticipating as many as three rate hikes in 2019.

"We see no need to rush to judgment," Federal Reserve Chairman Jerome Powell said in explaining the committee's wait-and-see approach. "It may be some time before the outlook for jobs and inflation calls clearly for a change in policy."

Policymakers highlighted the sluggish pace of hiring in February, when only 20,000 jobs were added, as well as a slowdown in household spending and business investment.

The Fed also lowered its expectation of economic growth for 2019 to just 2.1 percent. The forecast for unemployment rose slightly to a still-low 3.7 percent.

Despite those warning signs, Powell stressed that the outlook for the U.S. economy is still positive. Consumer spending could bounce back, for example, after a disappointing holiday shopping season.

"Given the overall favorable conditions in our economy, my colleagues and I will be patient in assessing what if any changes in the stance of policy may be needed," Powell said.

The Fed's forecast for economic growth this year is well below what the Trump administration is projecting. Powell acknowledged that the economy could grow faster if more people are drawn into the labor force.

But he added that slowing growth in China and especially Europe present "headwinds" for the United States. And ongoing trade disputes are not helping.

"There's a fair amount of uncertainty," Powell said, as businesses cope with rising costs for imported goods as well as retaliatory tariffs that hurt exports. "It's been a prominent concern among our business contacts for some time now."

Wall Street initially rallied on the Fed's dovish stance, but later backpedaled. The Dow Jones Industrial Average and the S&P 500 ended the day down, while the Nasdaq was slightly higher.

Some Fed observers warned that the committee may have boxed itself in unnecessarily, only to have to change course later this year if the economy should regain strength.

"By shifting from expecting three hikes this year as recently as last September to now expecting none, they are very exposed if wage gains continue to accelerate," said Ian Shepherdson, chief economist at Pantheon Macroeconomics.

Powell touted rising wages as a boon for the economy and said he is not immediately worried that bigger paychecks will trigger a spike in inflation.

"Wages have moved up in the last couple of years and are now running at healthier, higher levels, and that's a good thing," Powell said. "A lot of the wage gains have been going to lower-paid workers, as can happen late in the cycle, which is also a good thing."

Americans Tightened Their Belts, And It Might Hurt Economic Numbers Important To Trump

He also cautioned against reading too much into committee members' forecasts of future rate hikes.

The Fed has been slowly reducing the size of the $4 trillion asset portfolio, which it built up during and after the recession in an effort to encourage economic growth. Powell said this asset runoff is expected to slow in May and end in September.