Accessibility links
Supreme Court Justices Seem Incredulous At Repeated Bias Jury Selection In a Mississippi death penalty case, the justices were skeptical of the way the state picked and dismissed black jurors and appeared ready not to uphold the conviction. 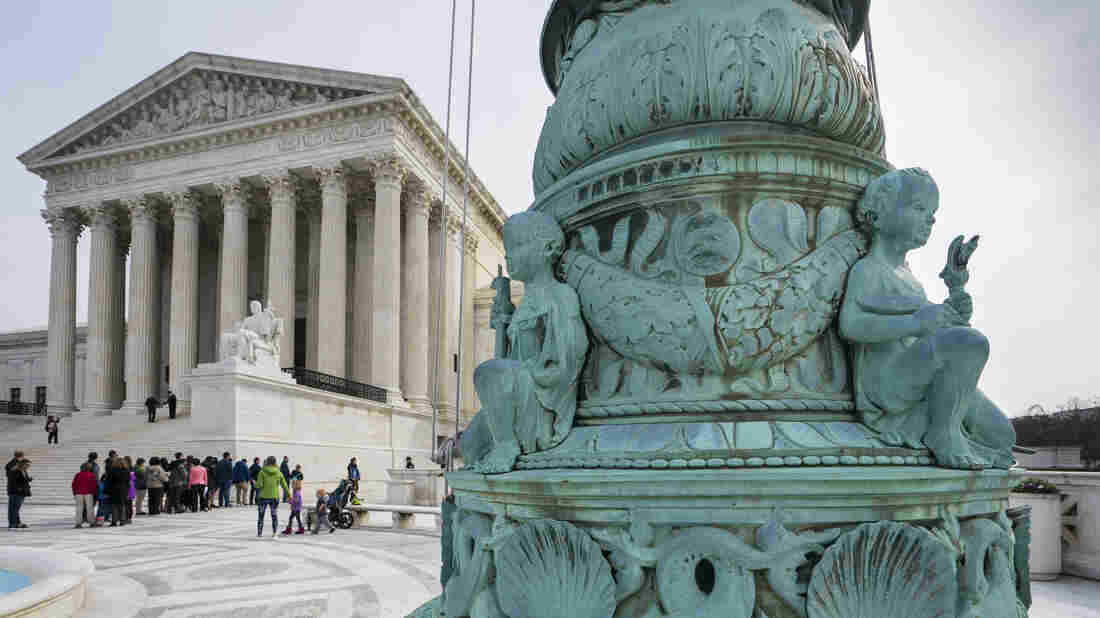 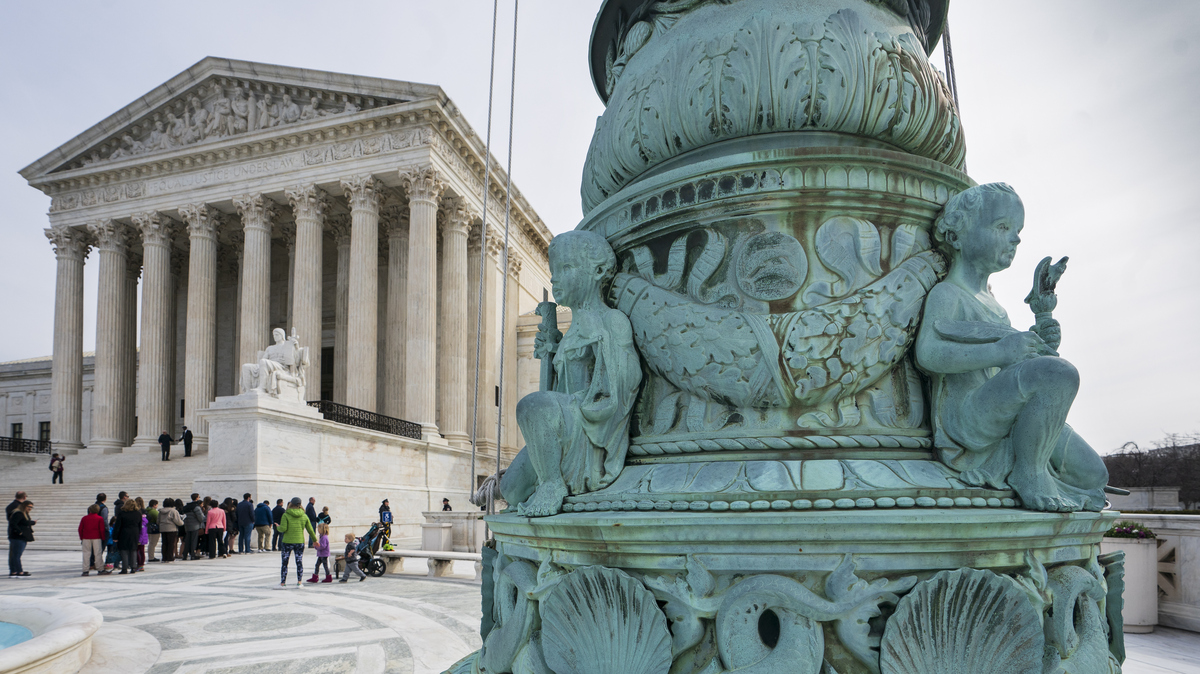 People line up to enter the Supreme Court in Washington, Wednesday.

The U.S. Supreme Court signaled strongly on Wednesday that it is likely to rule for a death row inmate in Mississippi who was prosecuted six times for the same crime by a prosecutor with a history of racial bias in jury selection.

The arguments, more passionate and fact-filled than usual, also had a surprise ending when Justice Clarence Thomas posed a question — the first time in three years.

Though his colleagues focused mainly on the prosecutor's exclusion of African-American jurors, Thomas asked whether the defense had struck any white jurors. Yes, three in the sixth trial, said defense lawyer Sheri Johnson. But when it came to black jurors, there were none left to strike. 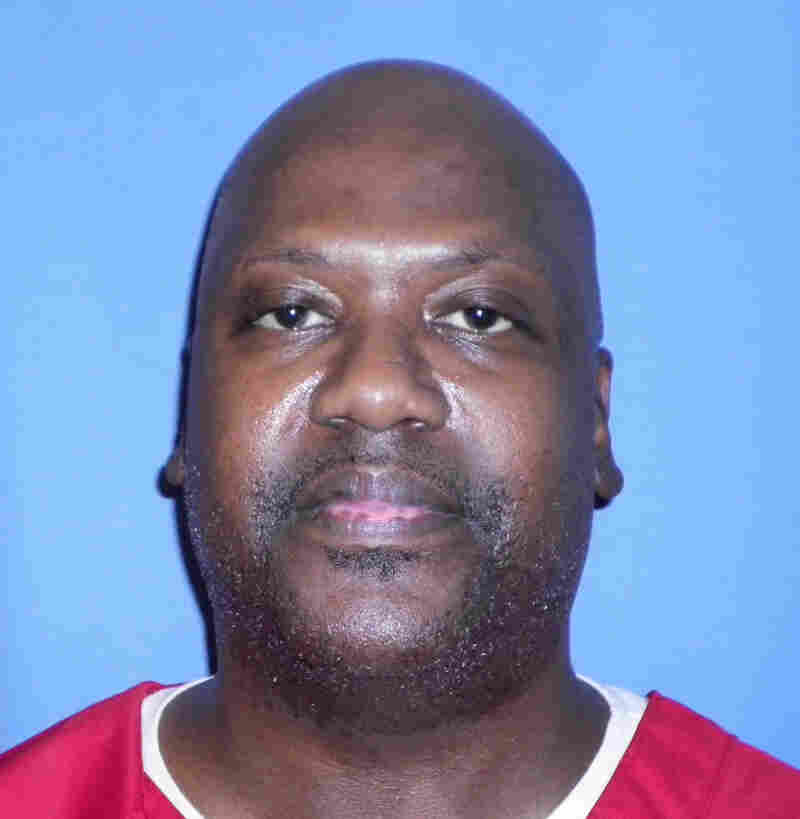 Curtis Flowers' murder case has gone to trial six times; his conviction was thrown out three times by the Mississippi Supreme Court for prosecutorial misconduct. The U.S. Supreme Court heard arguments in the case Wednesday. Provided by Mississippi Department of Corrections via AP hide caption

toggle caption
Provided by Mississippi Department of Corrections via AP 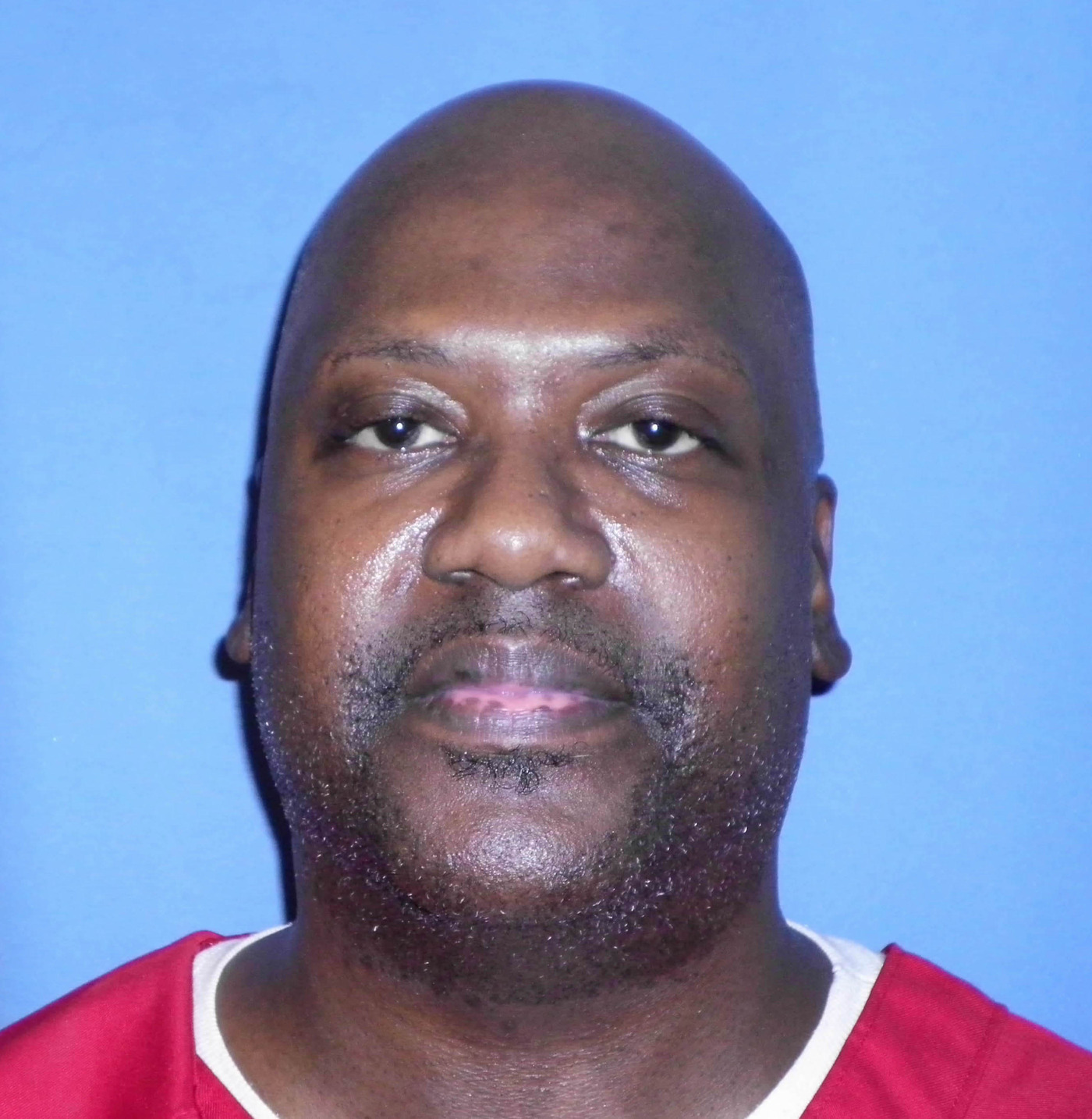 Curtis Flowers' murder case has gone to trial six times; his conviction was thrown out three times by the Mississippi Supreme Court for prosecutorial misconduct. The U.S. Supreme Court heard arguments in the case Wednesday.

Provided by Mississippi Department of Corrections via AP

For decades, the Supreme Court has wrestled with the question of racial discrimination in jury selection, setting down its most rigorous rules in 1986. But policing the application of those rules in the lower courts has proved problematic.

Wednesday's case involved the conduct of Doug Evans, a district attorney in Winona, Miss., and his pursuit of a conviction against Curtis Flowers, a black man who prior to this case had no criminal record. Months after a quadruple murder in Winona, Flowers was arraigned, tried, convicted and sentenced to death. He has been on death row for 22 years.

During that time, the state Supreme Court three times threw out his murder conviction for prosecutorial misconduct.

The misconduct was not some technicality. It ranged from misleading the jury about evidence that did not exist to striking prospective jurors based on race.

In the fourth and fifth trials, Evans ran out of strikes; at least two black jurors were seated; and the juries deadlocked. But in the sixth trial, with one black juror, the jury convicted, and the Mississippi Supreme Court upheld the conviction, ruling that this time, there had not been any racial discrimination in jury selection.

In arguments on Wednesday, most of the U.S. Supreme Court members did not seem inclined to uphold that conclusion.

Chief Justice John Roberts pressed defense lawyer Sheri Johnson to identify what rule the court should adopt for cases "not as extreme as this"?

The current rule that requires looking at the prosecutor's history is good enough, she said, but, here, the Mississippi Supreme Court didn't do that.

Mississippi Assistant Attorney General Jason Davis admitted that the history of the case was "troubling," but he insisted that aside from that, the jury selection in the sixth trial was done correctly, given that Winona is a small town, population less than 5,000, where everybody knows everybody.

Justice Samuel Alito interrupted to ask, couldn't the attorney general of Mississippi have said, "Enough already, we're going to send one of our own people to try this case, preferably in a different county"?

Yes, replied attorney Davis, but the local prosecutor would have to request that, and Evans didn't do that.

Justice Brett Kavanaugh interjected, "You said, if we take the history out of the case," but "we can't do that." Here, 41 of 42 potential African-American jurors were struck, he observed.

Davis insisted that each of the potential jurors struck in the sixth trial was struck for a good reason. That brought an astonished reaction from Justice Elena Kagan, who noted that one of the struck jurors would seem to be the "perfect prosecution juror," because she strongly favored the death penalty and her brother was a prison guard.

Kavanaugh noted that one of the reasons the court has embraced increasingly tough rules to eliminate racial bias in jury selection is the need for "confidence of the community in the fairness of the criminal justice system."

And, he asked, "against that backdrop of a lot of decades of all-white juries convicting black defendants ... can you say confidently, as you sit here today ... that you have confidence in how all this transpired in this case?"

Alito posed a similar question, asking whether, in light of the history of this case, any court could untangle what happened in the first five trials from how the jury was selected in the sixth trial.