Accessibility links
How To Fall Asleep: These Daytime Habits Will Help: Life Kit : Shots - Health News From the moment you wake up, your body starts to prepare for sleep. We show you how to adjust your daytime habits to get the best possible night of rest. 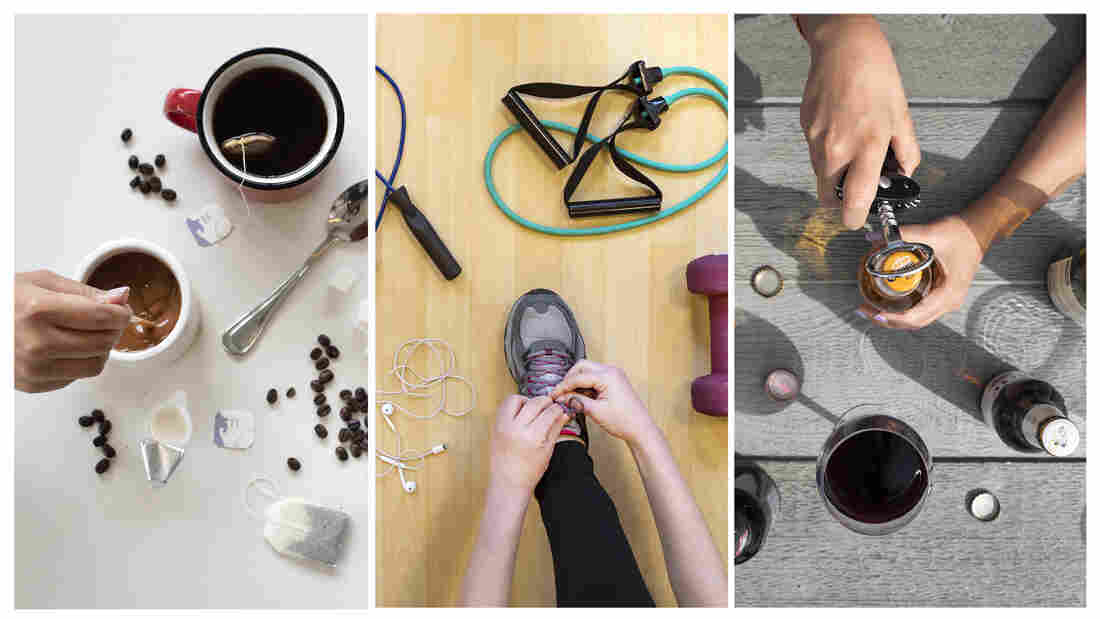 This story is adapted from an episode of Life Kit, NPR's podcast with tools to help you get it together. To listen to this episode, play the audio at the top of the page or subscribe. For more, sign up for the newsletter and follow @NPRLifeKit on Twitter.

If setting your clock forward an hour for the start of daylight saving time leaves you feeling jangly, imagine the toll that chronic sleep loss can take on your health.

The evidence has piled up. We all need good sleep. And our bodies crave regular routine. Without it, we set up ourselves for increased risk of anxiety, depression, weight gain, even dementia.

Our bodies are exquisite timekeepers. Yet as a society — given our 24/7 culture — lots of us foolishly override our internal body clocks.

So if you're trying to adjust to the time change or are just ready to change your habits overall, what can you do?

It turns out, nighttime rituals can take you only so far. Getting good sleep is very much dependent on your daytime routines, beginning the moment you wake up.

So in addition to committing eight hours to your bed each night, here are five things you can do during the day to sleep better tonight.

1. Open the blinds, or better yet, go outside! 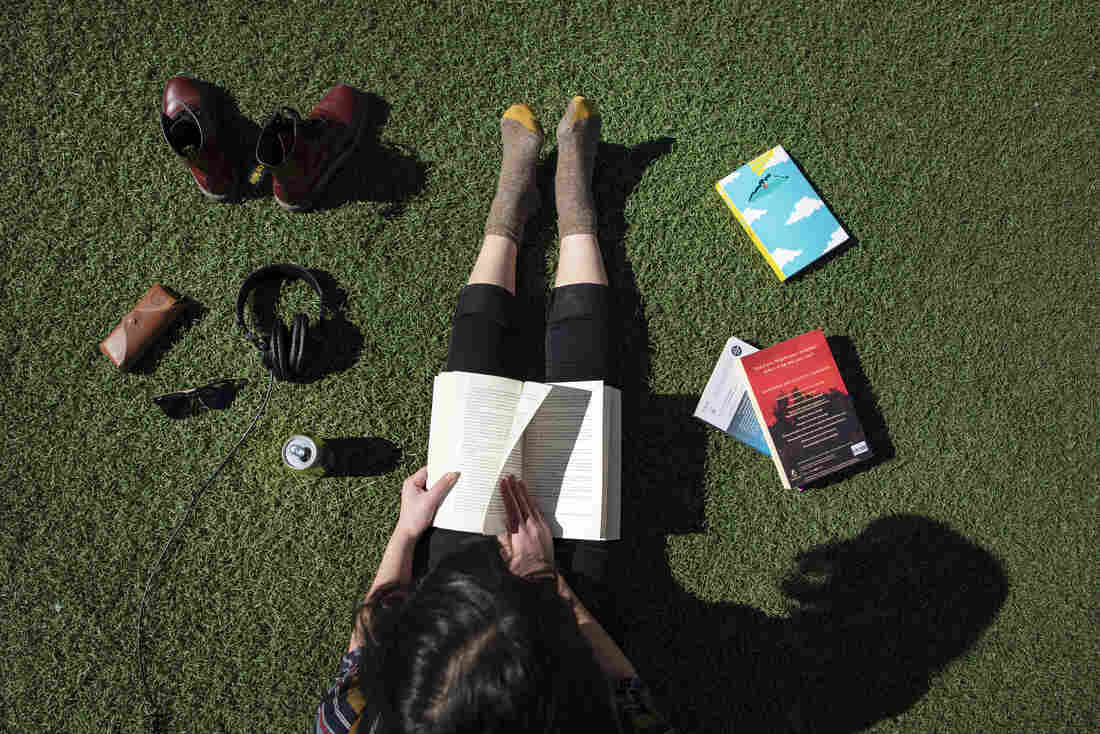 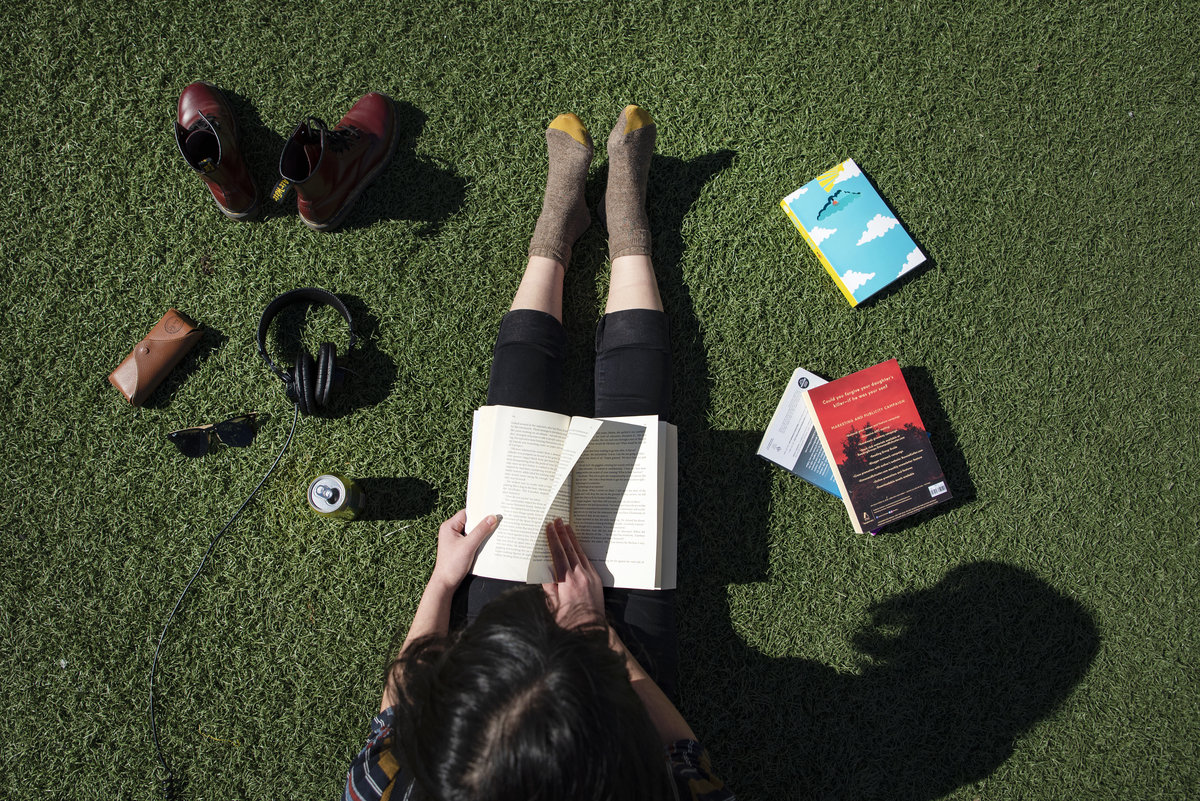 Try to start your day with a bath of sunlight. Open the blinds. And if you can, go outside for at least 20 minutes in the early to midmorning hours. Studies show that daylight exposure in the morning tends to lead to better sleep at night.

"Daylight is one of the most powerful resetters of our 24-hour clock," says Matthew Walker, a professor of neuroscience and psychology at the University of California, Berkeley and founder of the Center for Human Sleep Science.

"When daylight comes through the eyes, it actually turns the faucet off on melatonin," Walker explains. As melatonin diminishes, "your brain now realizes, 'Oh, it must be daytime,' " Walker says. It's your body's natural wake-up call. 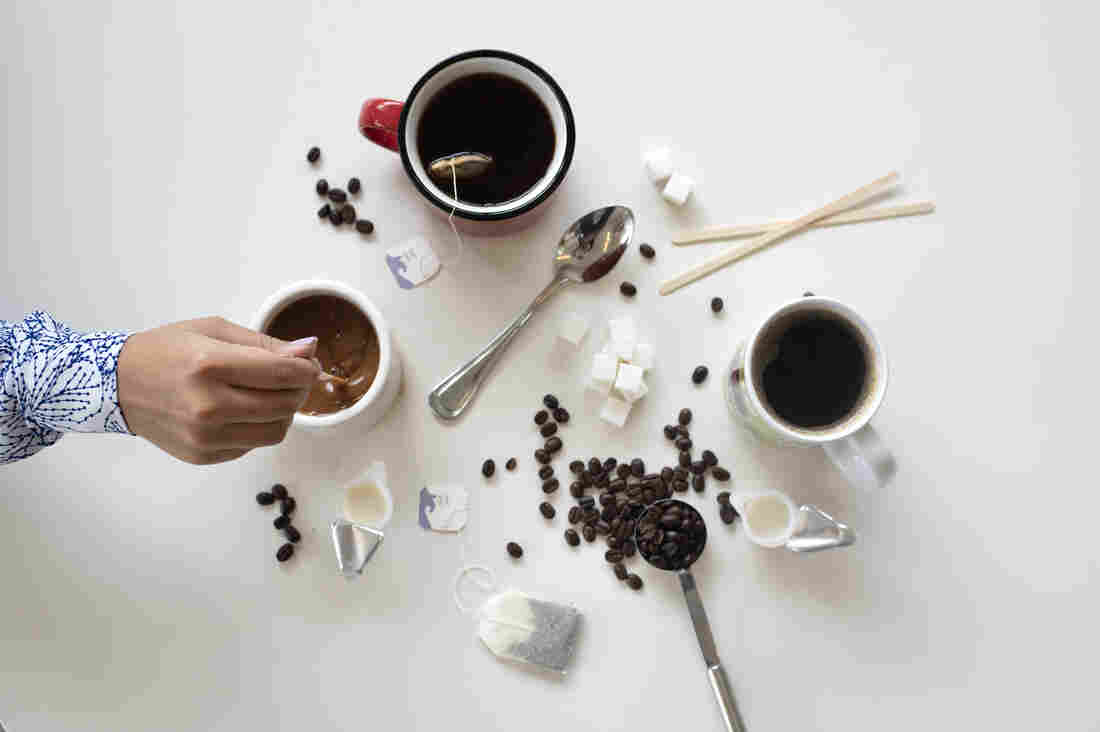 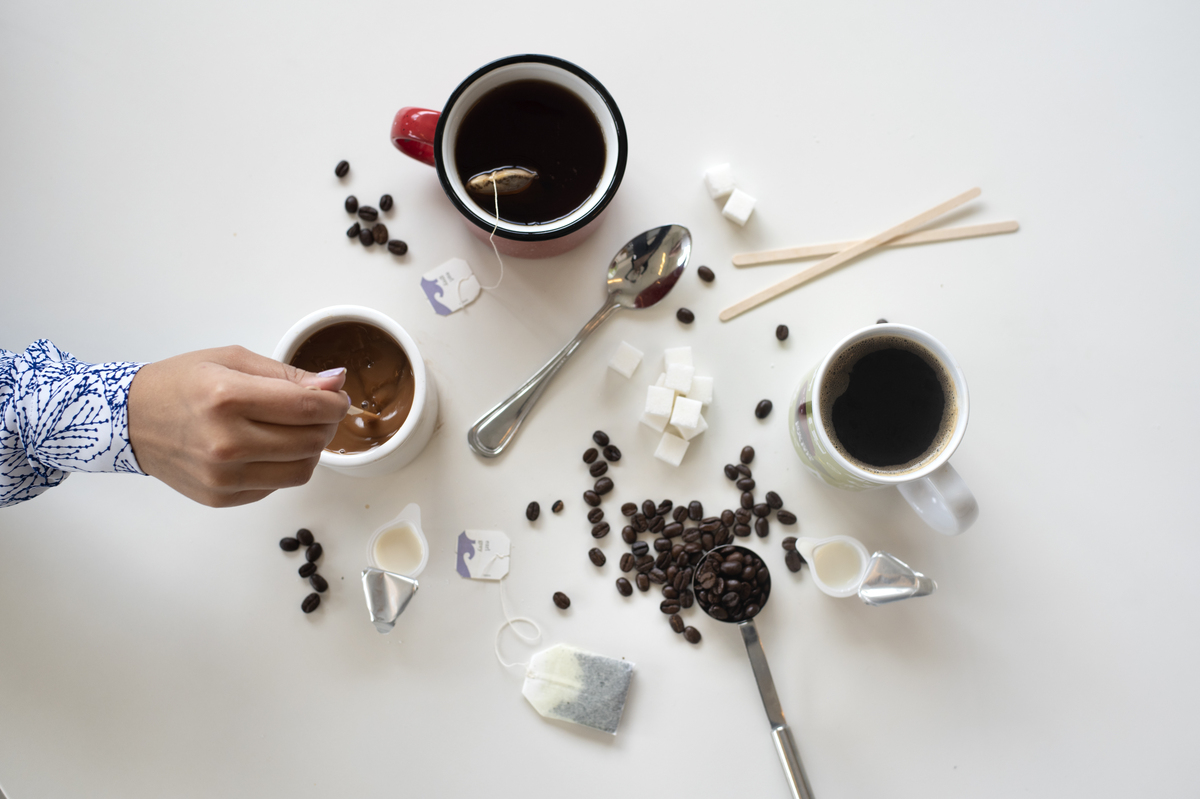 Even if you think you're one of those people who can drink coffee after dinner and sleep just fine, you're probably a little wrong.

"I think people misunderstand caffeine and how it works with sleep," Walker says.

There's a compound found in our bodies and brains called adenosine. Walker calls it "the sleepiness chemical." You want it to build up throughout the day so that you're ready to sleep when your head hits the pillow. But caffeine can latch onto the receptors for adenosine.

"Caffeine comes into your system, and it hits the mute button on the adenosine signal of sleepiness, so it wakes you up," Walker says.

The half-life of caffeine — meaning the time it takes for your body to eliminate half of the caffeine you consume — is about five to seven hours. Walker says that if you have a cup of coffee at 4 p.m., by the time you're ready to go to sleep, half the caffeine may still be circulating in your system.

A study published in the Journal of Clinical Sleep Medicine found that when people consumed caffeine even six hours prior to bedtime, it significantly disturbed their sleep compared with those who consumed a placebo.

Some people fall asleep just fine after consuming caffeine, but Walker says there may be a downside. He says research has shown that when you give people a standard cup of coffee, even if they fall asleep, they get less deep sleep.

"I think people need to be quite mindful of the timing of their caffeine," Walker says — and think about putting the brakes on caffeinated drinks by late morning.

3. Move your body and get tired. 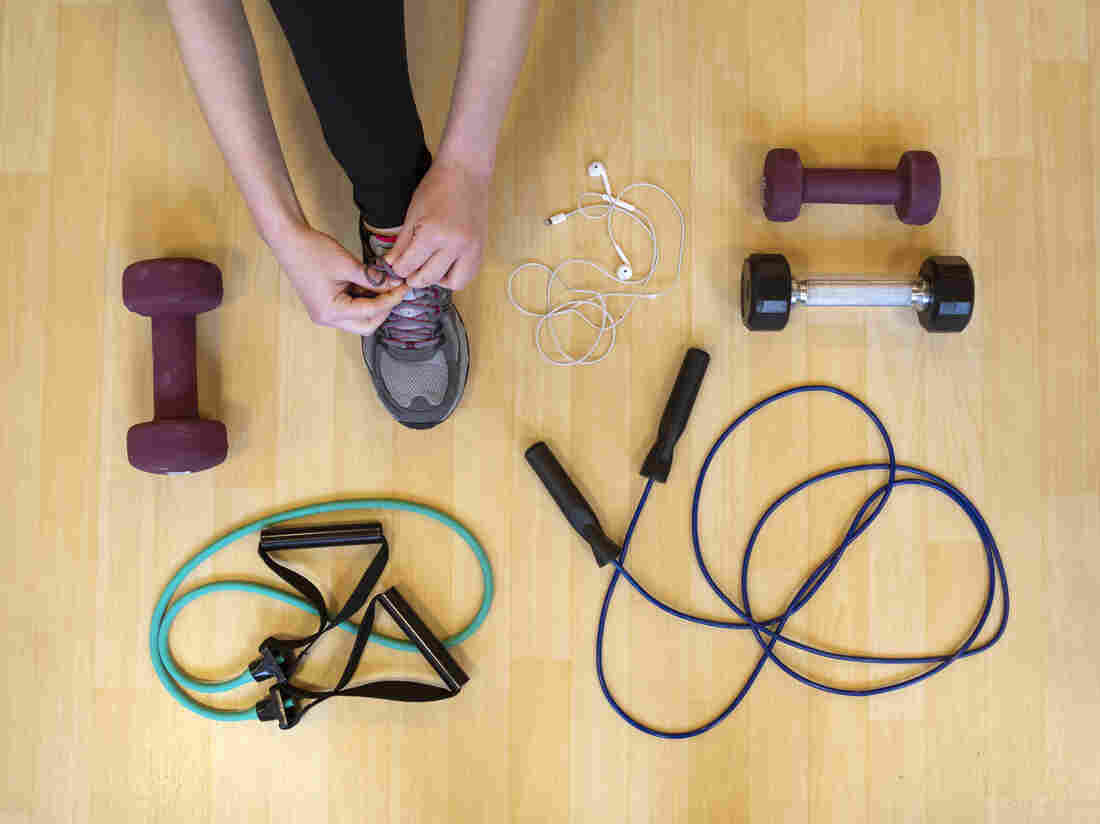 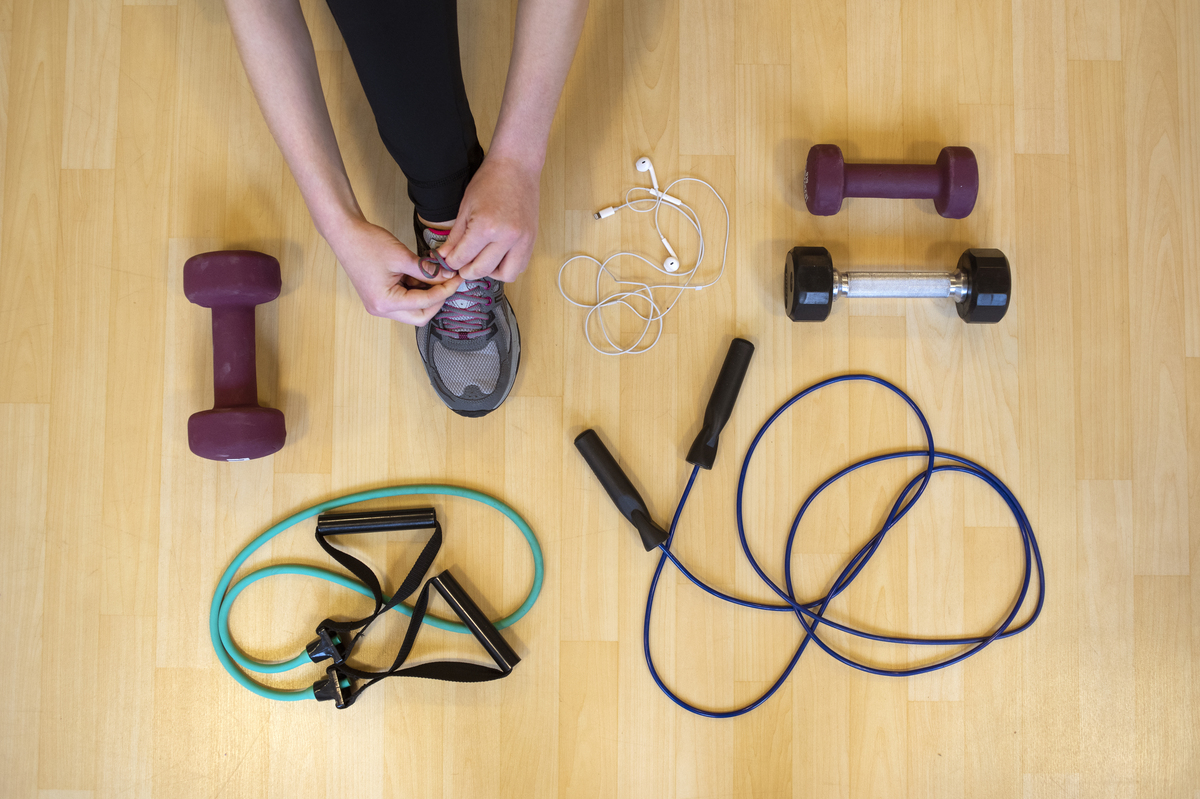 As hard as it may be to fit a workout routine into your day, it's worth it.

Exercise may help promote good sleep in two ways. Physical activity is known to reduce anxiety, so this alone may contribute to good sleep. (If you want extra help to reduce the late-night ruminating, check out this Life Kit episode on CBT-I for sleep.)

In addition, exercise can physically tire you out. A lot of studies demonstrate the link between physical activity and improved sleep. A meta-analysis published in the Journal of Behavioral Medicine concluded that regular exercise improves the quality of sleep, helps people fall asleep faster and even helps people sleep a little longer.

Walker also points to evidence from a study of older adults who were not in the habit of exercising. Four months after starting a program to increase their physical activity, they tended to sleep more — up to about an hour more per night.

"If you add that one hour up week after week, month after month, decade after decade, it's like compounding interest on a loan — that it really starts to increase in terms of a long-term, escalating impact," Walker says.

One caveat, don't exercise too close to bedtime. This can be overstimulating and may interfere with falling asleep.

Bonus: While we're on the topic of healthy habits, eating well can also help tamp down anxiety, and this in turn may help improve sleep. A recent study found that three weeks of adhering to a Mediterranean-style diet rich in fruits and vegetables and lower in processed foods and refined carbohydrates led to a reduction in depression and anxiety in a group of young adults. 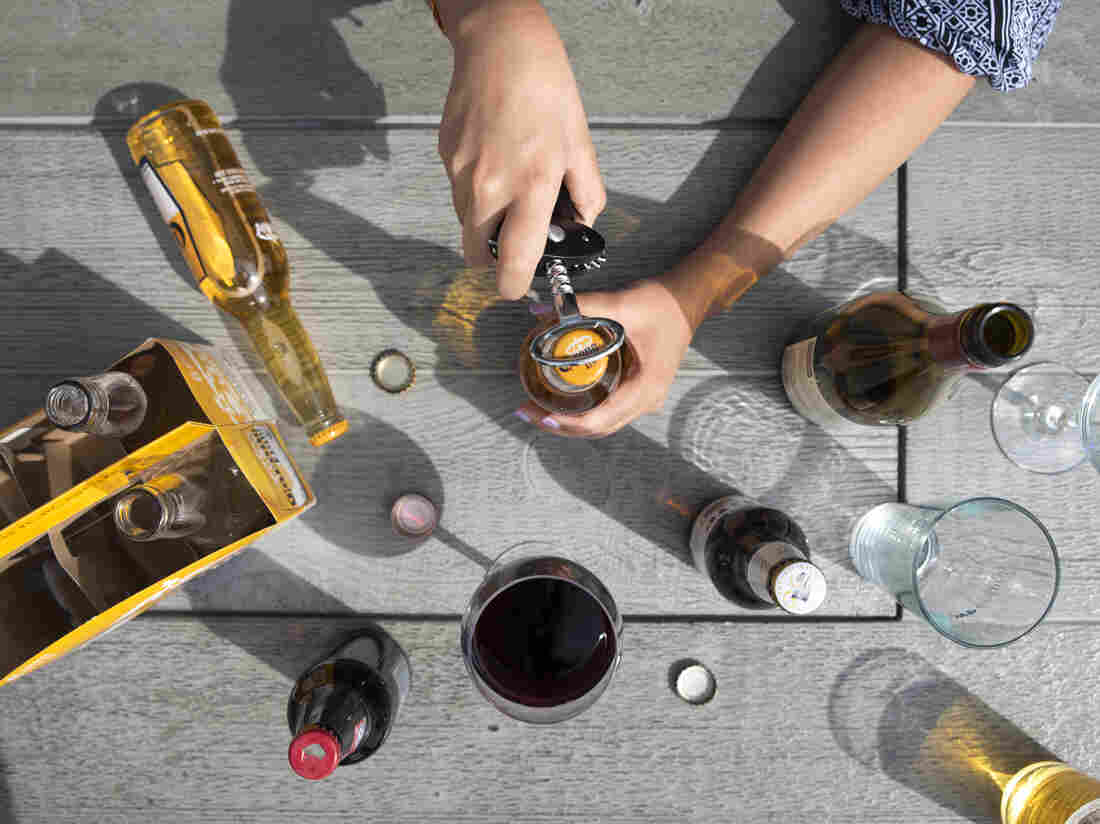 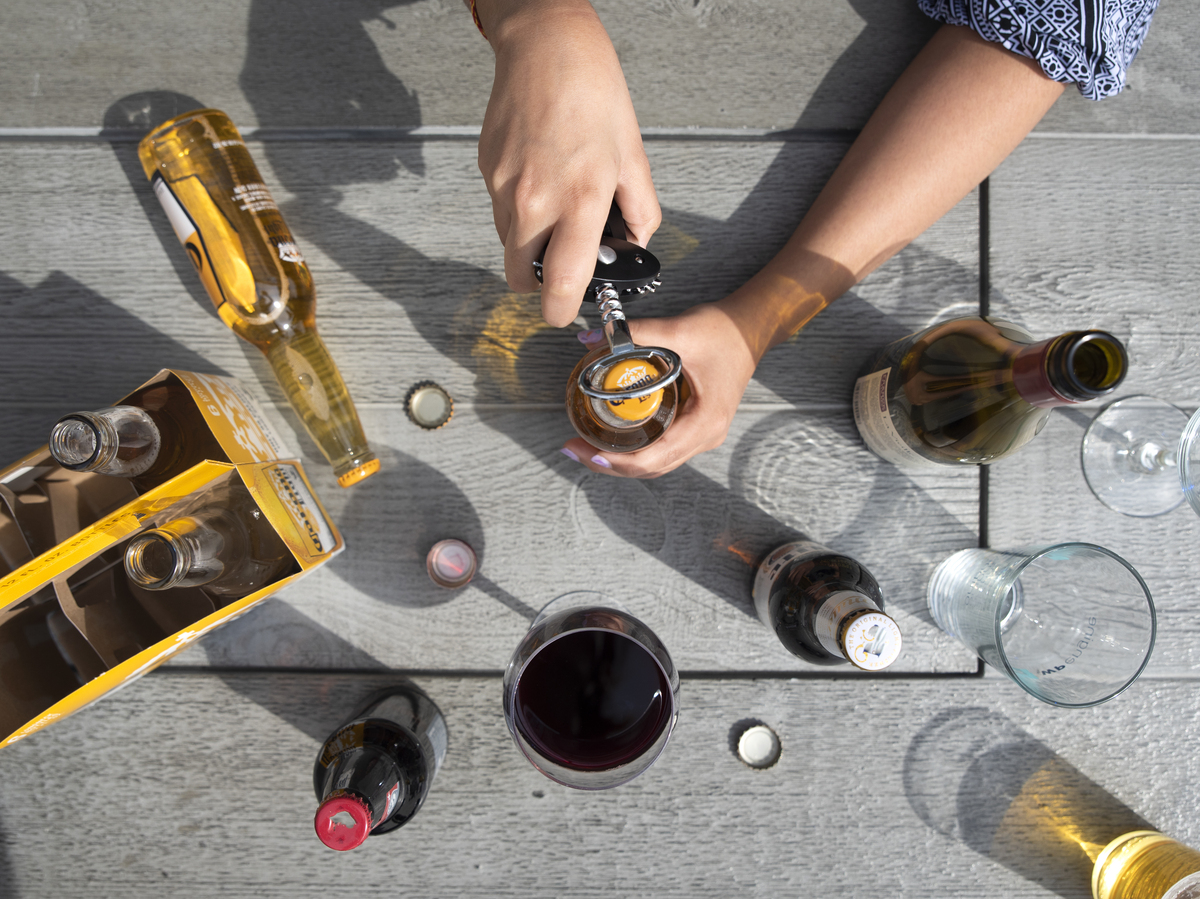 Have you ever crashed after a night of drinking, only to wake up suddenly in the middle of the night? Yep, alcohol has some counterintuitive influences on our sleep.

"Many people see alcohol as a sleep aid," Walker says. "Unfortunately, it's one of the greatest misunderstood substances when it comes to sleep. It is not a sleep aid at all."

After a night of drinking, REM sleep — the stage of sleep in which you dream more — tends to be suppressed. This may be especially true during the first part of the night, when there's still alcohol in the bloodstream.

Walker says even one glass of wine at dinner can have an effect. That doesn't mean you should never indulge, but make an informed choice.

"I don't want to sound puritanical," Walker says. "You know life is to be lived to an extent. It's all about checks and balances."

And one more thing to keep in mind: Walker points to one study that shows alcohol can also dampen our ability to consolidate new memories.

"What they found is that alcohol, if you disrupted sleep the first night after learning, it washed away about 50% of the memory. So you were only able to save 50% of what you learned," he says.

Lots of us are tethered to our devices. But these electronics can expose us to a type of light known as blue light. And when we bring our devices into bed with us, it can interfere with sleep. How? The blue light can prevent or slow down the release of the sleep hormone melatonin — that's the hormone that signals to our brain that it's time to start dozing off.

So really try (and we mean this!) to read from an old-fashioned book or paper magazine at bedtime. Walker says that when researchers have compared "one hour of iPad reading versus one hour of just reading in dim light with just a paper book, the iPad actually [significantly] blocked the release of melatonin."

"Normally when the sun goes down and the lights turn off, our body releases melatonin, which helps us get a nice, restful sleep," Lisa Ostrin, an assistant professor at the University of Houston College of Optometry, told NPR's Jon Hamilton in 2017. "But when we have all this artificial light on, it's tricking those photoreceptors into thinking it's still daytime."

Ostrin and her collaborators have shown in a study that filtering out blue light can be helpful. Study participants wore special glasses to filter blue light — and after two weeks their melatonin levels had increased by 58% and they reported improved sleep. Ostrin told NPR that apps to filter blue light from screens are not as effective as blue-blocking glasses, but they may still be helpful.

Alissa Escarce produced the audio version of this story, which was originally published on March 25, 2019.

Think Your Way Out Of Insomnia

Nappuccinos To More Weekend Z's: Strategize To Catch Up On Lost Sleep