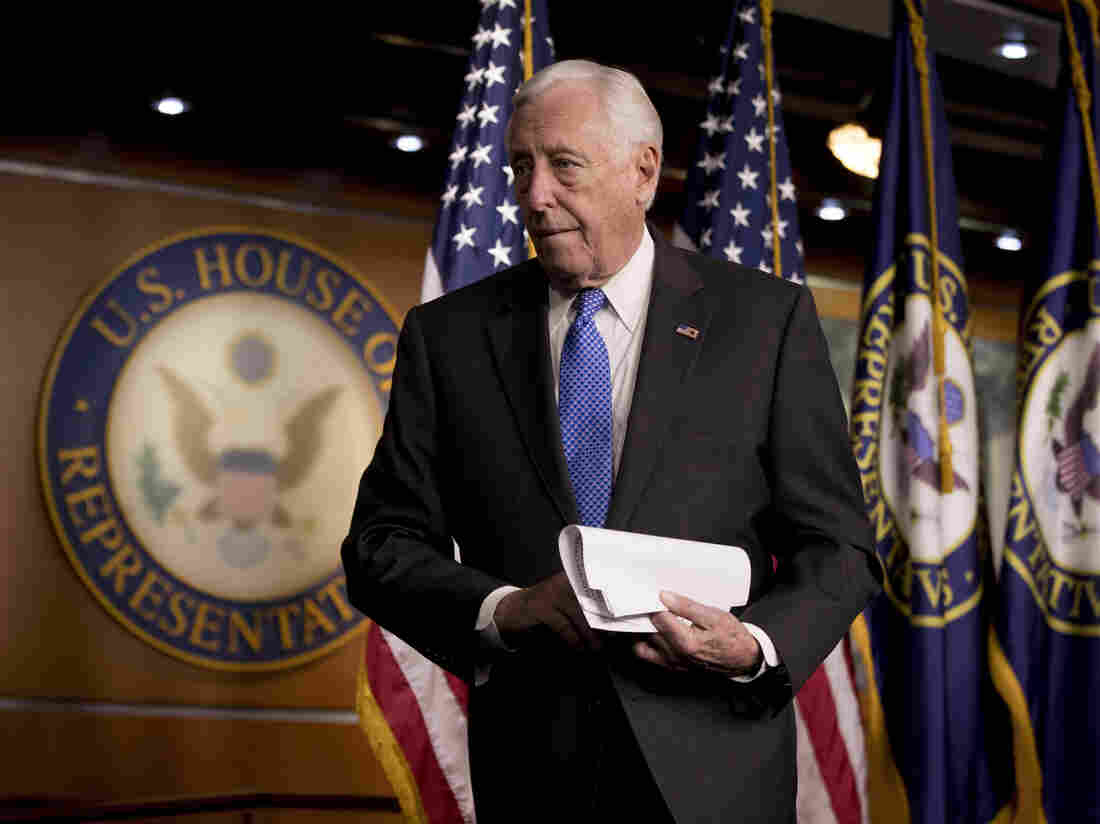 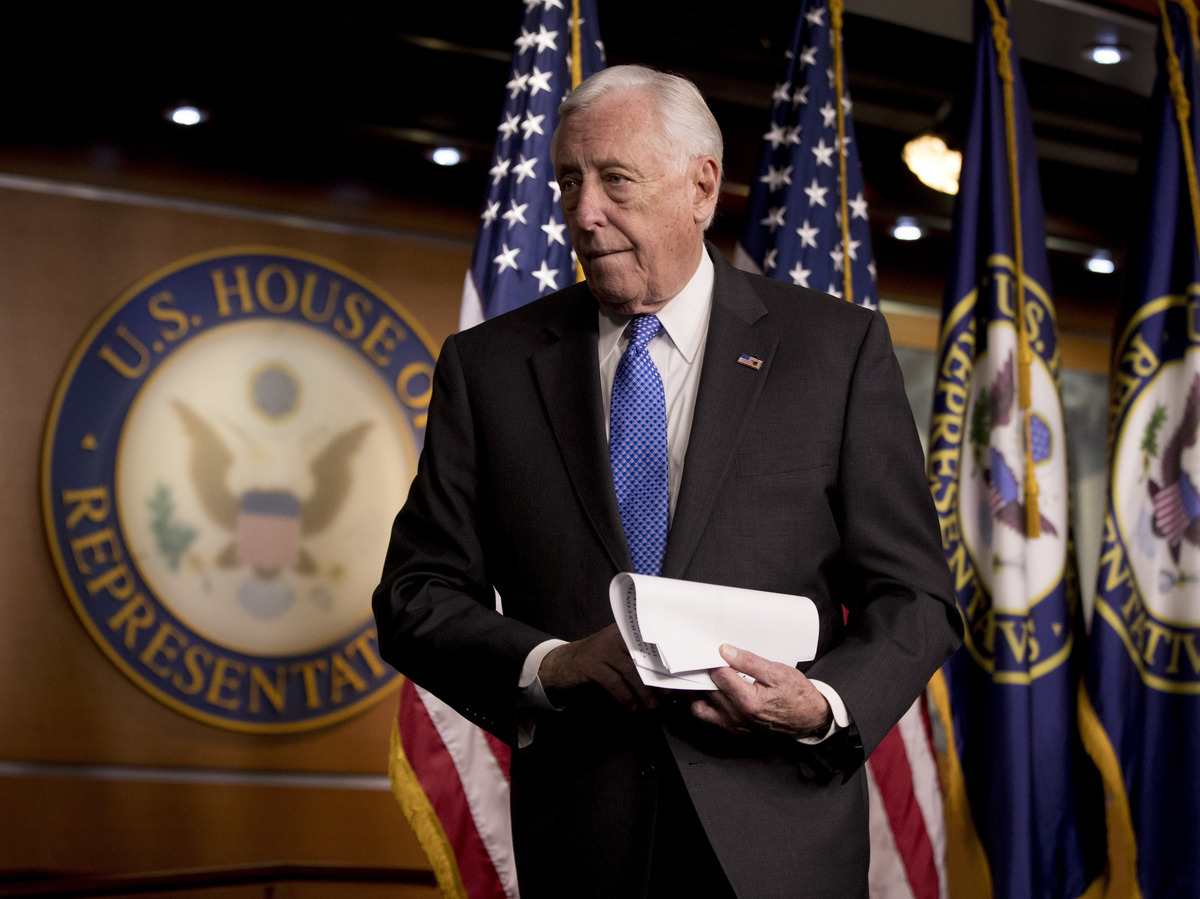 Members of Congress have not received a pay raise in a decade. So like most Americans, House Majority Leader Steny Hoyer, D-Md., would like a raise.

"The cost of rent, childcare and other necessities has risen substantially in Washington and across the country in recent years, but members and staff pay and benefits have not kept pace with the private sector," Hoyer said last week at a hearing held by the new Select Committee on the Modernization of Congress.

Most House members make $174,000 per year, but they often have to maintain two residences and related expenses. Congress has not approved a raise since the economic recession hit in 2009. Hoyer said if Congress wants to attract Americans from all socio-economic backgrounds to run for office, it needs to pay better. Rep. Katherine Clark, D-Mass., said that applies not just to lawmakers, but also to the thousands of staffers who work on Capitol Hill.

"Simply put, we don't have enough staff to do our jobs. The staff we have are underpaid, and they don't stay very long," she told the committee.

Better pay and more employees are just two of hundreds of ideas offered up at a recent lawmaker spitballing session on how to make Congress function better. It's a question a new bipartisan task force has just one year to answer before making formal recommendations for change.

The Select Committee on the Modernization of Congress is equally divided between six Republicans and six Democrats, and it is expected to file a report by the end of the year with formal recommendations for how best to reform the House's internal operations. Last week, the panel held a hearing in which all lawmakers were invited to come and offer up their best ideas for change.

One common theme was that lawmakers need structured ways to become friends — it's a popular idea among freshmen such as Minnesota Democrat Dean Phillips. "We should begin orientation by getting to know one another," he said, "By participating in team-building exercises and by allowing each new member to share his or her life story in a full group setting." Phillips also said the U.S. Capitol complex needs a design overhaul akin to the way companies like Apple, Google and Tesla approach office and sales space. "And yet we operate in dark compartmentalized offices that were the hallmark of the 19th century, designed to segregate, not collaborate," he said.

Rep. Bennie Thompson, D-Miss., offered perhaps one of the more dramatic ways to shake up modern Capitol Hill culture with his proposal to ban lawmakers from living out of their offices. As many as 50 members are estimated to do it — former House Speaker Paul Ryan, R-Wis., was one of them.
"The actions of these members raise several obvious and potential violations that reflect negatively upon the decorum and the credibility of the House as a body and as an institution," Thompson said.

Some proposals came seemingly out of nowhere, such as one politically charged proposal from Florida Republican Brian Mast to give rigorous background checks for lawmakers before they are given access to national security briefings. "Do we have members with lifestyle choices that make them targets for blackmail? Do we have members with contra-American views? ... Do we have representatives who are sympathetic to socialist ideas?" Mast said.

Another unexpected proposal came from Rep. Terri Sewell, D-Ala., to revive the House page program. "I do know that it costs money, but we spend money on what we value," she said. Then-Speaker John Boehner and then-Minority Leader Nancy Pelosi jointly agreed to end it in 2011, citing costs and diminished need. The program also came under national scrutiny when Rep. Mark Foley, R-Fla., resigned for sending sexually explicit messages to young boys who had served in the program. The Senate still uses a page system.

There were also many well-worn ideas. Rep. Jack Bergman, R-Mich., wants the House to consider a constitutional amendment for term limits. Hoyer wants to overturn a 2011 earmark ban to make it easier for lawmakers to steer money to projects in their districts. "Eliminating them altogether, which was a winning talking point but a misguided policy, has had the effect of taking Congress out of key funding decisions," he said.

Both Republicans and Democrats offered various proposals to completely reorganize the committee system, a process so complicated it's only been done twice since World War II. "I know this is a radical change," said Rep. Mike Gallagher, R-Wis., "I know I'm new and I'm sure there's things I'm not talking about, but time and again if you look at the history of congressional reforms, the successful periods have been one in which they restructured the committee process."

How big and how bold to go in their final recommendations is no easy task. Two-thirds of the 12 committee members must vote in favor of a proposal for it to even have a shot at consideration by the full House. While some changes could be done in the House alone by amending House rules or ethics standards, anything that requires a new law would also need bipartisan support in the Senate.

It's one reason why some lawmakers voiced a bit of skepticism that this effort will produce lasting and meaningful change. "We can modernize this thing all we want, but if we don't change the culture of Washington and the politics in this place and some of the structural deficiencies, then we'll just have a more efficient way of running right off the cliff," said Rep. Jodey Arrington, R-Texas.