Accessibility links
Death Toll Rises From Cyclone Idai As Rescuers Struggle To Reach Those Stranded More than 400 people have been killed from the storm and subsequent flooding across Mozambique, Zimbabwe and Malawi. 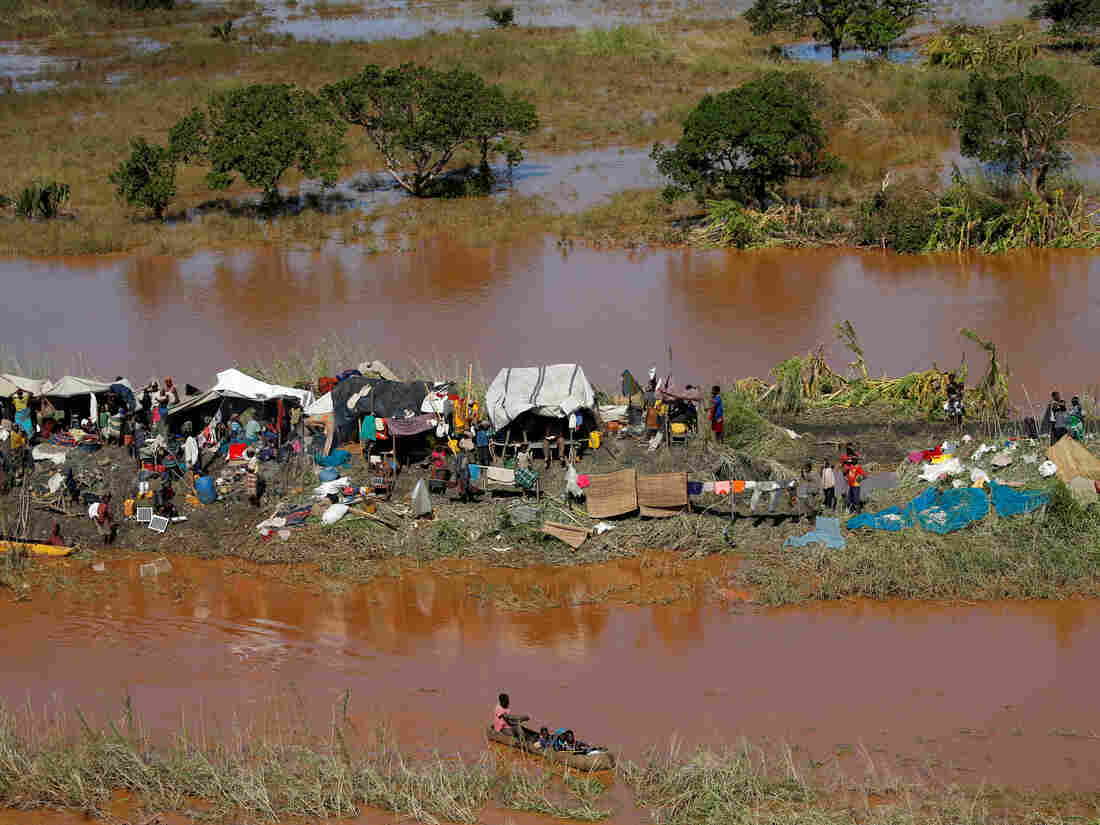 In the wake of Cyclone Idai, stranded locals take refuge on a strip of land in Buzi district, outside Beira, Mozambique. Siphiwe Sibeko/Reuters hide caption 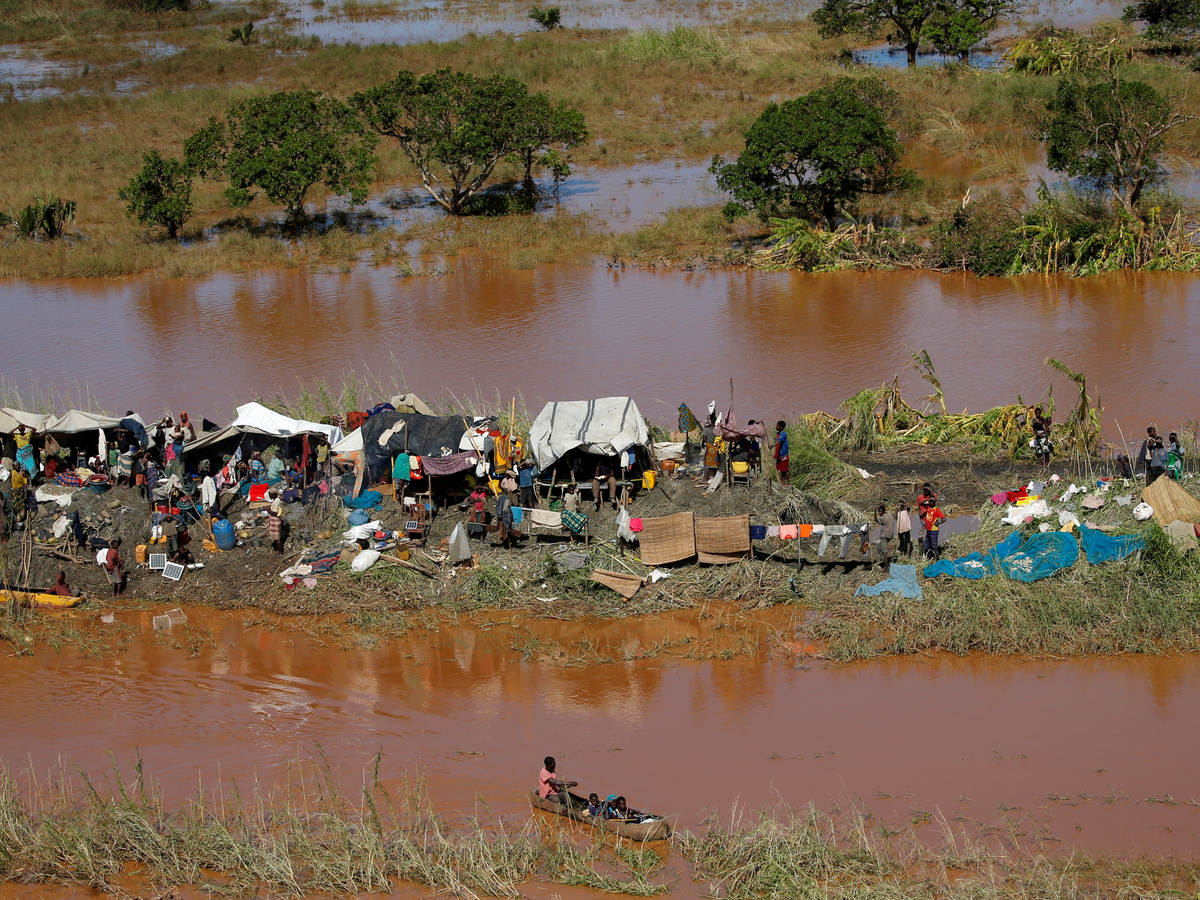 In the wake of Cyclone Idai, stranded locals take refuge on a strip of land in Buzi district, outside Beira, Mozambique.

Thousands of people remain stranded in floodwaters in the wake of Cyclone Idai, which struck the coast of Mozambique and swept through Zimbabwe last week.

Mozambique's Land and Environment Minister Celso Correia told reporters that 15,000 people are still stranded. But as rescue workers struggle to gain access to regions largely choked off by the flooding, the death toll is expected to rise sharply.

"Our biggest fight is against the clock," Correia said.

The cyclone has claimed more than 200 lives in Mozambique, 139 in Zimbabwe and 56 in Malawi, officials said. Mozambique's President Filipe Nyusi said the death toll there could climb to 1,000.

Plight Of Survivors After Cyclone Idai: No Power, No Homes, No Roads

Aerial footage of the devastation shows acres of land submerged in water, sparing only treetops in what has been deemed one of the most destructive natural disasters in the region's recent history.

"People visible from the air may be the lucky ones," said Herve Verhoosel, senior spokesperson for the World Food Program.

More than 1.5 million people in Southern Africa were in the cyclone's path, Verhoosel told NPR.

"Not a building was untouched. The power lines are down, pulled down by toppled trees," WFP's Gerald Bourke told NPR from Beira, Mozambique. He spoke from the city's airport — one of the few locations with power.

"It will take months for the people of the city and the city itself to recover," he said. 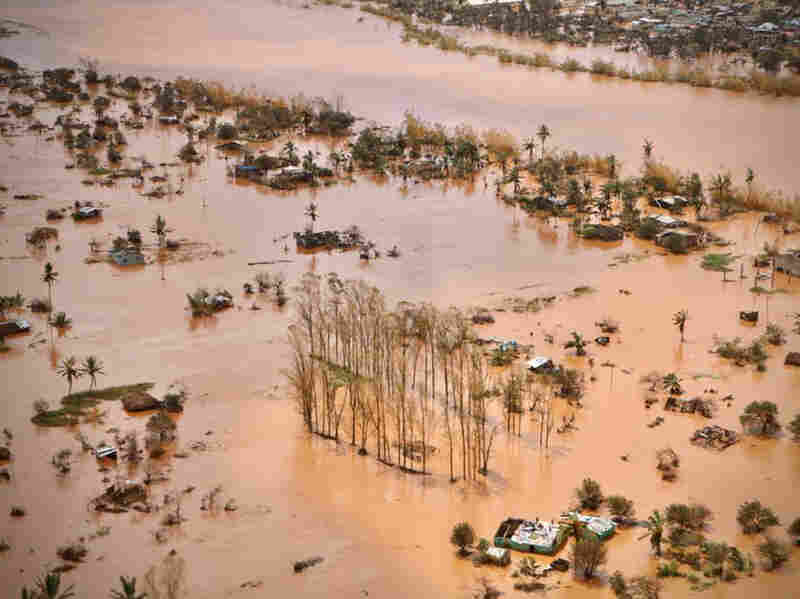 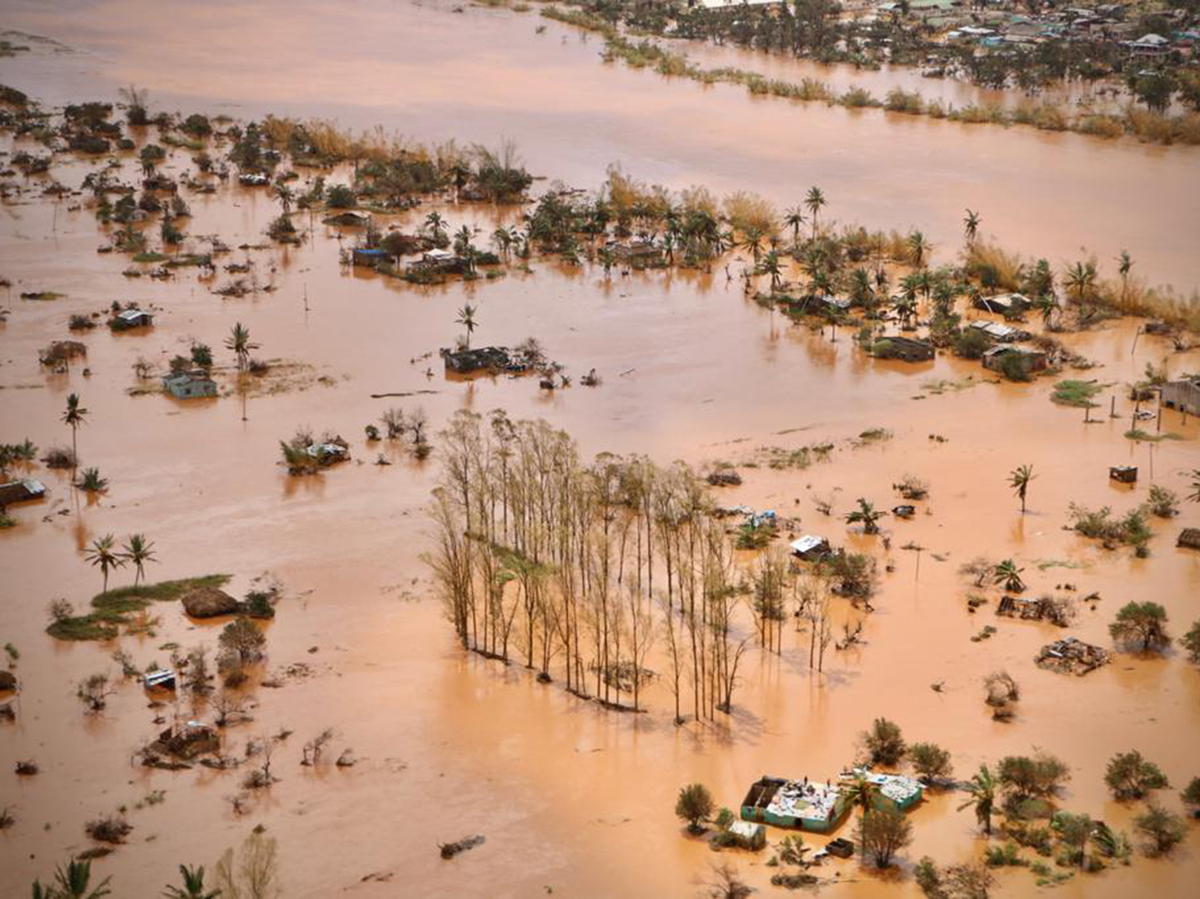 This is the first time the coastal town of Beira has been directly hit by a cyclone, Bourke said, which sees several big storms a year.

"There is so much water around [and] the risk of waterborne diseases is obviously very high," WFP's Bourke added.

The flooding and displacement of people in the region "significantly increases the risk of malaria, typhoid and cholera," Dr. Matshidiso Moeti, the World Health Organization's Regional Director for Africa, said in a statement.

The deluge of water thrust tons of sand from the city's beach and into its streets, further complicating recovery efforts. But Beira's citizens took matters into their own hands to clear the roads.

"We saw massive destruction," Jamie LeSueur, emergency operations manager for the International Federation of Red Cross and Red Crescent Societies, told NPR. "But within two days, people were in the streets with shovels. Seeing the response has been just awe-inspiring."

While Mozambique bore the brunt of Cyclone Idai, the storm also dumped torrents of rain over Zimbabwe and Malawi.

Paolo Cernuschi, Zimbabwe country director for the International Rescue Committee, told NPR that he expects it will take several months before the immediate needs of survivors are met.