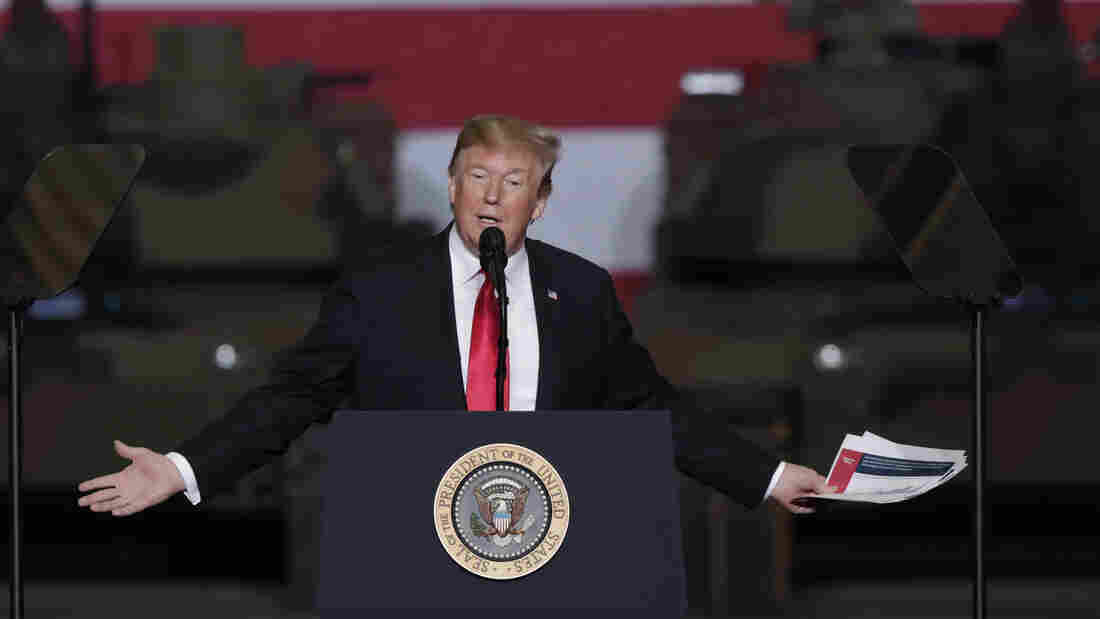 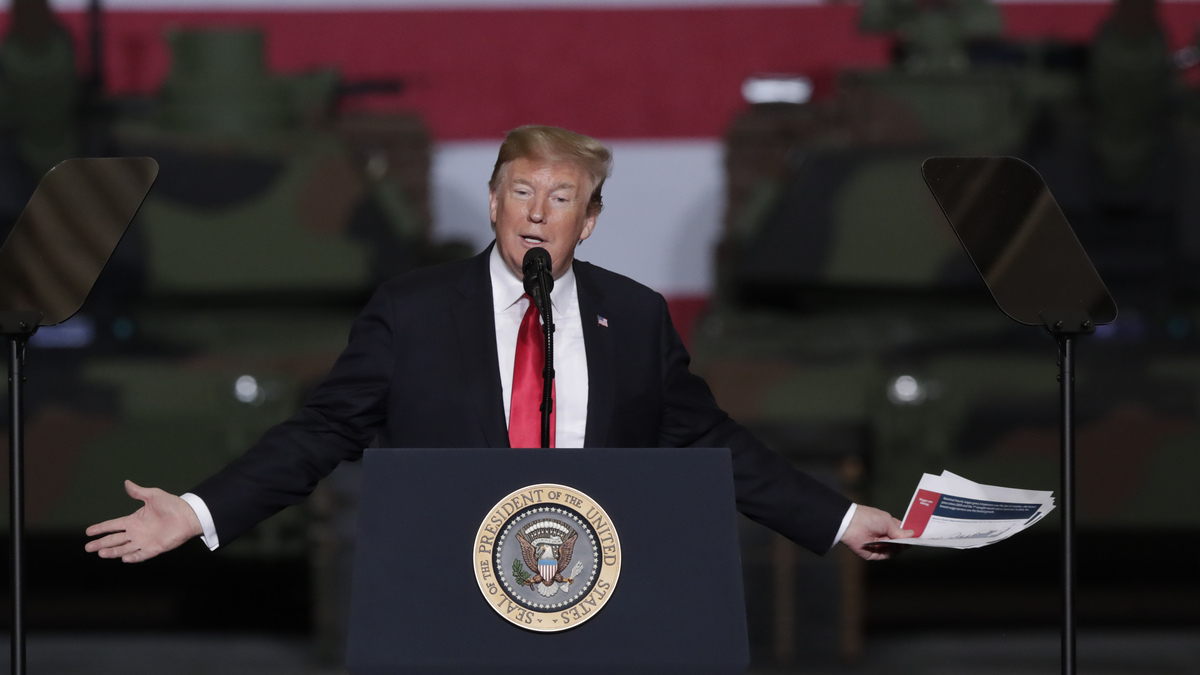 At a speech in Lima, Ohio, on Wednesday, President Trump went off script into a five minute, ad-libbed attack on the late Sen. John McCain, a celebrated Vietnam War veteran and a former prisoner of war. Lost amid the unusual verbal attack on a deceased war hero by a sitting president was an inaccurate claim about veterans' issues.

President Trump slammed McCain for failing to pass a bill to expand VA services — a bill which in fact was originally sponsored by Sen. McCain.

It's not the first time the president has picked a fight with John McCain. It was the first major fight, though, since John McCain died of brain cancer seven months ago. Trump called the dead senator ungrateful and claimed, falsely, to have approved McCain's funeral at the National Cathedral.

"I gave him the kind of funeral that he wanted — which, as President, I had to approve. I don't care about this. I didn't get 'thank you.' That's okay. We sent him on the way. But I wasn't a fan of John McCain," Trump said in Ohio.

It is actually Congress that approved most of the funeral arrangements, though the White House did allow government transport of McCain's body.

At the Ohio speech, Trump also criticized McCain's support for wars in the Middle East, and the Arizona senator's decisive vote in 2017 against repealing Obamacare. And he also repeated a false claim about McCain's role in failing to pass a bill that would have expanded VA services.

"McCain didn't get the job done for our great vets and the VA, and they knew it," Trump said, "That's why, when I had my dispute with him, I had such incredible support from the vets and from the military. The vets were on my side because I got the job done. I got Choice and I got accountability. Accountability meaning, if somebody mistreats our vets — for 45 years they were trying."

The president did get strong support at the ballot box from the military community. And he did sign, last year, a major Veterans Affairs bill. But the law was not 45 years in the making, and is named the "John S. McCain III, Daniel K. Akaka, and Samuel R. Johnson VA Maintaining Internal Systems and Strengthening Integrated Outside Networks Act of 2018," in honor of McCain and two other veterans who served in Congress. This was an expansion of the original Veterans Choice law, to increase access to private care, which was co-sponsored by McCain five years ago, not 45 years ago.

I fear that some [veterans] may be asking themselves, if John McCain's service has come into question, does that mean that the president doesn't appreciate their service and some of the sacrifices that they've made for this country?

Veterans groups have been largely quiet about the president's most recent broadside against the one of the most prominent veterans to serve in congress.

"Our membership is varied," says Lindsay Rodman with Iraq and Afghanistan Veterans of America (IAVA), "We have many members who are strong President Trump supporters and we have some who oppose him."

While she said IAVA wouldn't directly criticize the president, she added, "John McCain's service was so extraordinary and exemplary. Being a POW for as many years as he was in Vietnam is the type of trial and tribulation that very few of our veterans may have experienced and.....I fear that some of them may be asking themselves, if John McCain's service has come into question, does that mean that the president doesn't appreciate their service and some of the sacrifices that they've made for this country?"

The veterans group AMVETS said in a statement, "AMVETS is, and always will be, disheartened when an attempt is made to tarnish the legacy of an honorable veteran, notably a prisoner of war. Veterans who serve their country selflessly, honorably, and with pride deserve our utmost respect, regardless of bias or political affiliation."

Other major veterans organizations declined to comment. That was also true of many Republicans in congress — the most notable exception was Georgia's Johnny Isakson, chairman of the Senate Veterans' Affairs Committee.

"It's deplorable what he said — it will be deplorable seven months from now, if he says it again, and I will continue to speak out," Isakson told Georgia Public Broadcasting, "We're all Americans. there aren't Democratic casualties and Republican casualties on the battle field there are American casualties and we should never reduce the service that people give to this country."

Many Democrats and left-leaning vets took to social media with critical memes and rants, perhaps hoping to bait the president into another round of tweets about the late senator, which even Trump's allies have said probably do not help him.

A previous version of this story said John McCain was a co-sponsor of a 2018 Veterans Affairs bill. In fact, while that bill was named in his honor, he did not co-sponsor it. He co-sponsored an earlier Veterans Choice law.