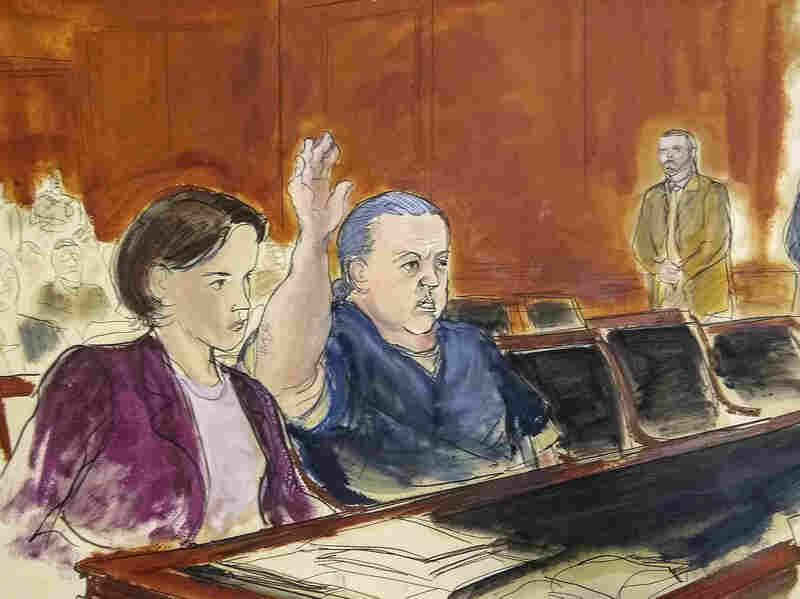 A courtroom sketch from November 2018 shows Cesar Sayoc, who pleaded guilty in New York on Thursday to sending bombs to media figures and to critics of President Trump. Elizabeth Williams/AP hide caption 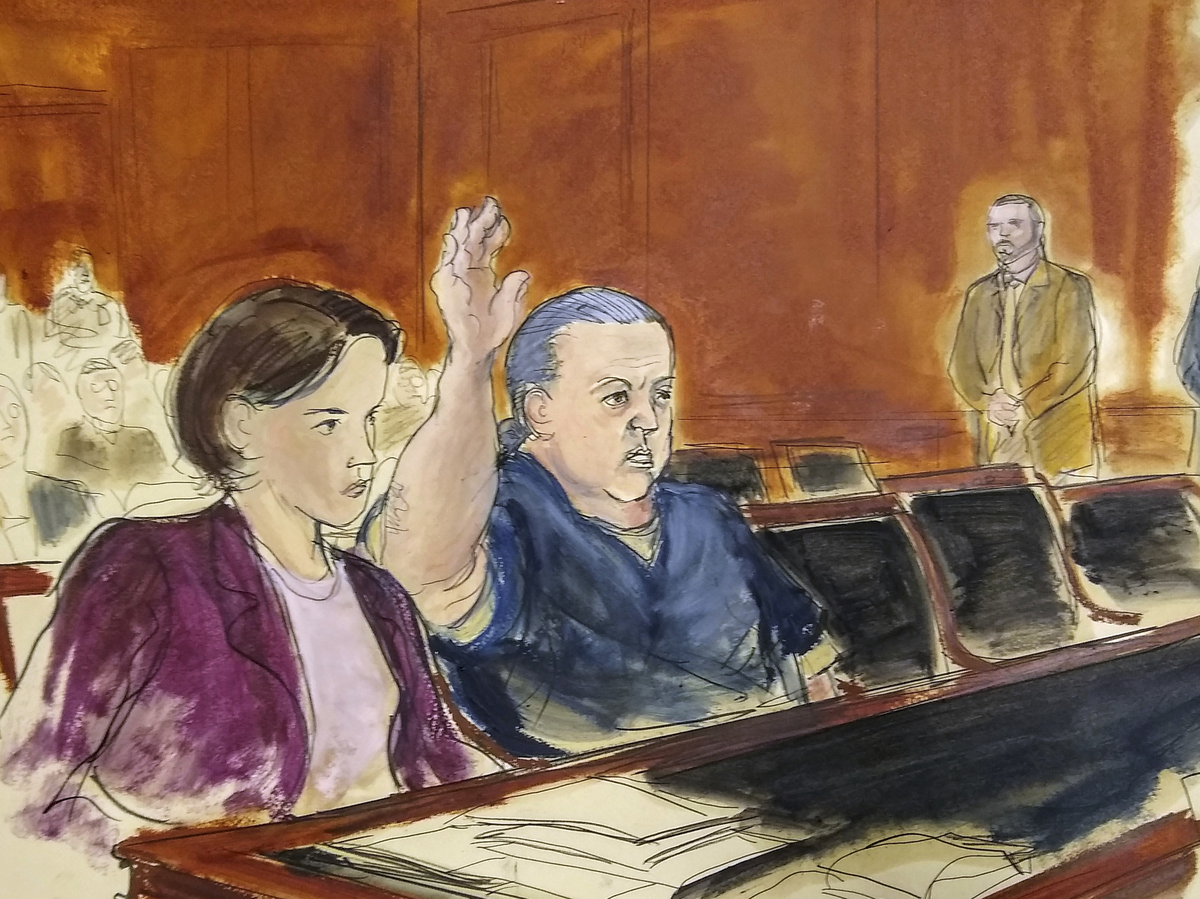 A courtroom sketch from November 2018 shows Cesar Sayoc, who pleaded guilty in New York on Thursday to sending bombs to media figures and to critics of President Trump.

A Florida man accused of mailing pipe bombs to a number of prominent Democrats and Trump critics, as well as CNN, has pleaded guilty before a federal judge in New York.

Cesar Altieri Sayoc, 57, was arrested in late October and was scheduled to go on trial in July on charges related to using weapons of mass destruction and transporting explosives. None of the devices exploded. He has been held without bail since his arrest.

"I knew these actions were wrong. I'm extremely sorry," Sayoc said, as quoted by The Washington Post. He told U.S. District Judge Jed S. Rakoff that he did not intend for the devices to explode but was aware of the risk that they might.

Sayoc faces a possible life sentence in prison and is scheduled for sentencing on Sept. 12 on 65 criminal counts, according to a statement by the U.S. attorney for the Southern District of New York.

"For five days in October 2018, Cesar Sayoc rained terror across the country, sending high-ranking officials and former elected leaders explosive packages through the mail," U.S. Attorney Geoffrey S. Berman said in the statement. "Thankfully no one was hurt by these dangerous devices, but his actions left an air of fear and divisiveness in their wake. Sayoc has taken responsibility for his crimes, and will soon be sentenced to significant time in prison."

A former DJ and bouncer at strip clubs, Sayoc had a criminal history.

"Prior to the arrest, the registered Republican was living in a van plastered with pro-Trump and anti-Democrat stickers. One image showed the president standing on a tank with a rifle, complete with United States flag and fireworks," reported NPR's Sasha Ingber.

An earlier version of this story incorrectly said Cesar Sayoc is 56. In fact, he's 57.