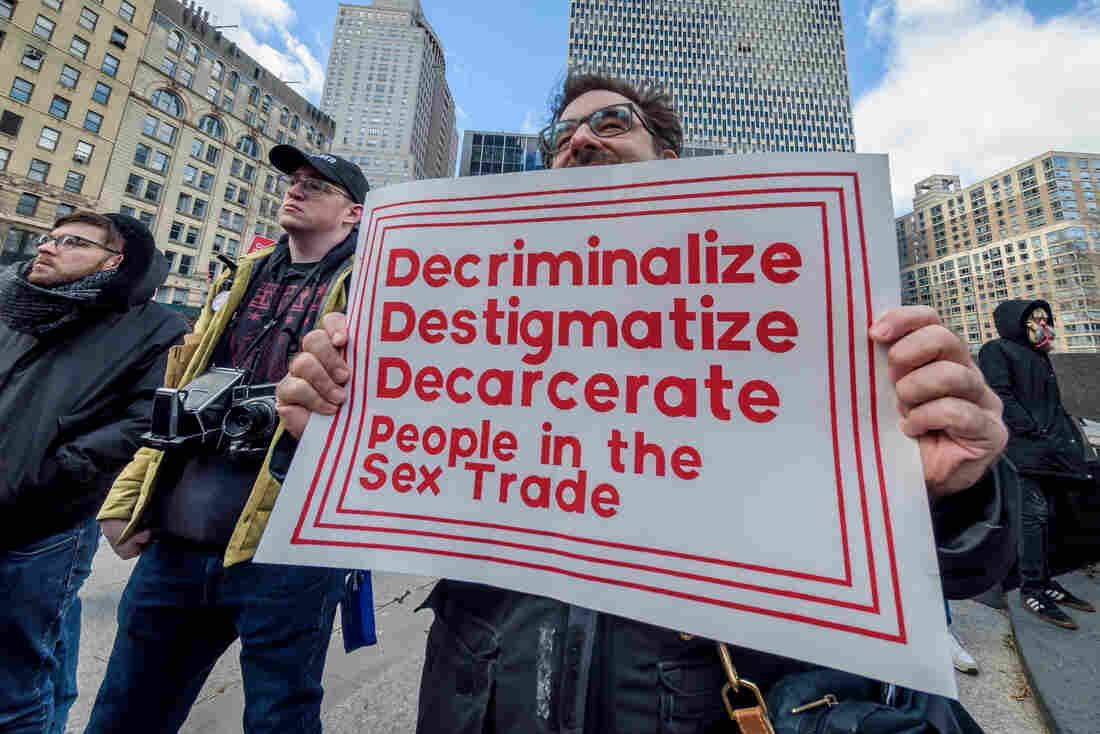 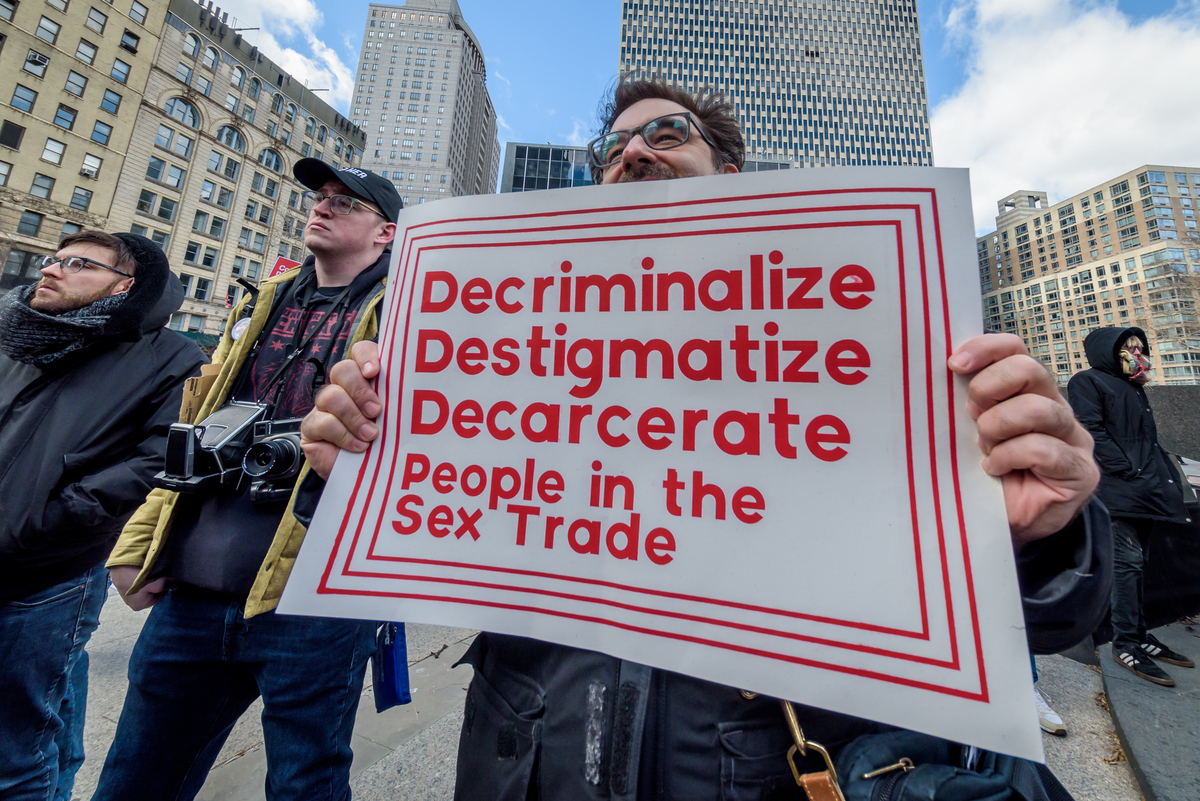 Sex work is illegal in much of the United States, but the debate over whether it should be decriminalized is heating up.

Former California Attorney General and Democratic presidential candidate Kamala Harris recently came out in favor of decriminalizing it, as long as it's between two consenting adults.

The debate is hardly new — and it's fraught with emotions. Opponents of decriminalization say it's an exploitative industry that preys on the weak. But many activists and academics say decriminalization would help protect sex workers, and would even be a public health benefit.

RJ Thompson wants to push back against the idea that sex work is inherently victimizing. He says for him it was liberating: Thompson had recently graduated from law school and started working at a nonprofit when the recession hit. In 2008, he got laid off with no warning and no severance, and he had massive student loan debt.

Thompson became an escort. "I made exponentially more money than I ever could have in my legal profession," he says.

He says the possibility of arrest was often on his mind. And he says for many sex workers, it's a constant fear. "Many street-based workers are migrants or transgender people who have limited options in the formal economies," he says. "And so they do sex work for survival. And it puts them in a very vulnerable position — the fact that it's criminalized."

Thompson is now a human rights lawyer and the managing director of the Sex Workers Project at the Urban Justice Center. It's among several organizations that are advocating bills to decriminalize sex work in New York City and New York state. They already have the support of various state lawmakers.

Juno Mac: How Does Stigma Compromise The Safety Of Sex Workers?

Due to its clandestine nature in America, it's extremely hard to find reliable numbers about the sex trade. But one thing is for sure: It's a multi-billion-dollar industry. In 2007, a government-sponsored report looked at several major U.S. cities and found that sex work brings in around $290 million a year in Atlanta alone.

Economist Allison Schrager says the Internet has increased demand and supply. "Women who pre-Internet (or men) who wouldn't walk the streets or sign with a madam or an agency now can sell sex work, sometimes even on the side to supplement other sources of income," she says.

So what happens when you take this massive underground economy and decriminalize it? Nevada might offer a clue. Brothels are legal there, in certain counties.

In Shrager's book, An Economist Walks Into A Brothel, she investigated the financial workings of the Nevada brothel industry. She found that on average it's 300 percent more expensive to hire a sex worker in a Nevada brothel than in an illegal setting. Shrager thinks it's because workers and customers prefer to pay for the safety and health checks of a brothel.

"Sex work is risky for everyone," she says. "You take on a lot of risk as a customer too. And when you're working in a brothel you are assured complete anonymity. They've been fully screened for diseases."

But many activists and academics say decriminalization would help protect sex workers and could also have public health benefits.

Take the case of Rhode Island. A loophole made sex work, practiced behind closed doors, legal there between 2003 and 2009.

Baylor University economist Scott Cunningham and his colleagues found that during those years the sex trade grew. But Cunningham points to some other important findings: During that time period the number of rapes reported to police in the state declined by over a third. And gonorrhea among all women declined by 39 percent. Of course, changes in prostitution laws might not be the only cause, but Cunningham says, "the trade-off is if you make it safer to some degree, you grow the industry."

Rhode Island made sex work illegal again in 2009, in part under pressure from some anti-trafficking advocates. That's the thing: The debate about sex work always gets linked to trafficking — people who get forced into it against their will.

Economist Axel Dreher from the University of Heidelberg in Germany teamed up with the London School of Economics to analyze the link between trafficking and prostitution laws in 150 countries. "If prostitution is legal, there is more human trafficking simply because the market is larger," he says.

It's a controversial study: Even Dreher admits that reliable data on sex trafficking is really hard to find.

Human rights organizations including Amnesty International support decriminalization. Victims of trafficking might be able to ask for help more easily if they aren't afraid of having committed a crime, the groups say. 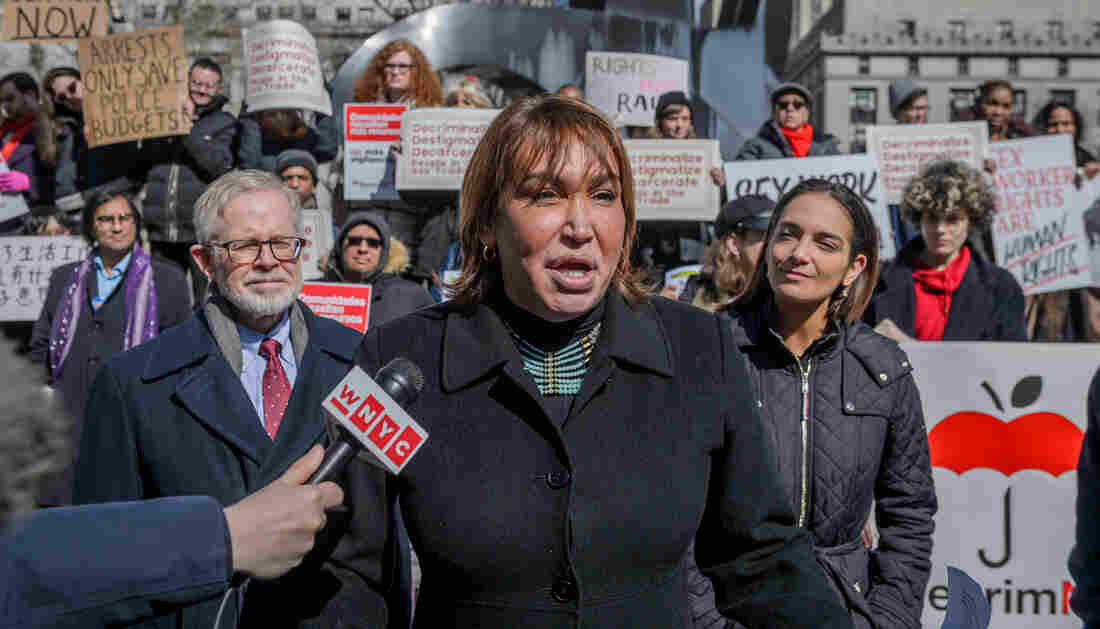 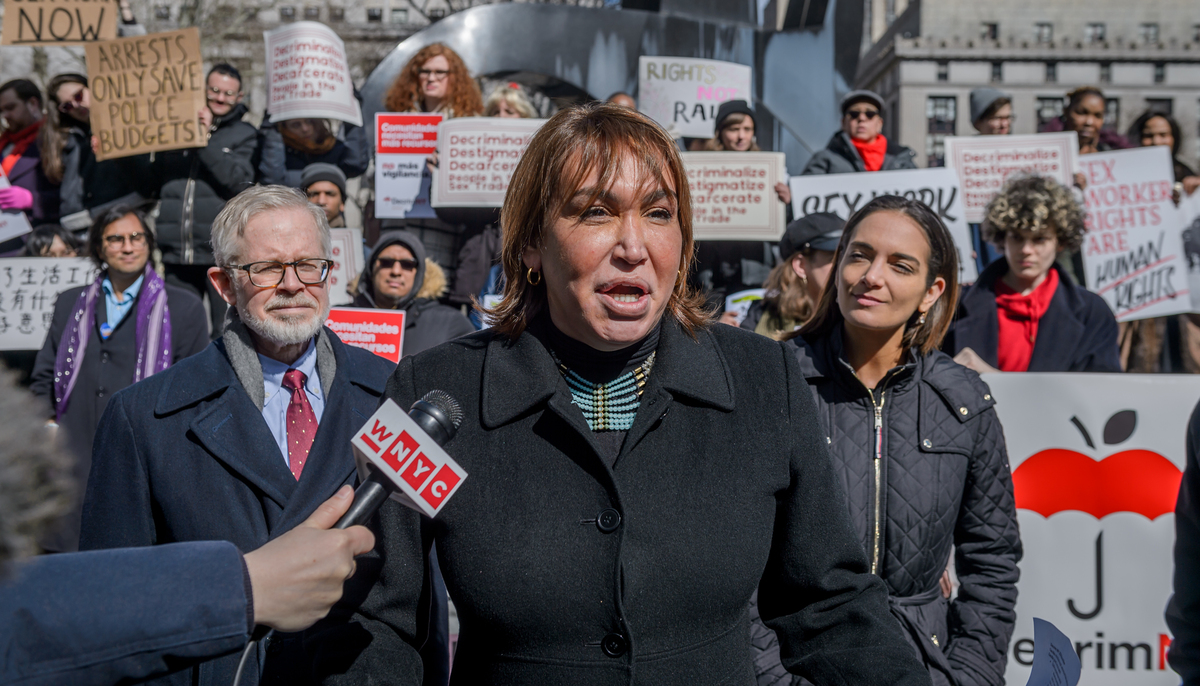 Cecilia Gentili is the director of policy at GMHC, an HIV/AIDS prevention, care and advocacy nonprofit in New York.

Former sex worker Cecilia Gentili says she might have been able to break free much sooner had it not been for fear of legal consequences. She left her native Argentina because she was being brutally harassed by police in her small town. She thought she'd be better off when she moved to New York, but as a transgender, undocumented immigrant, she says she had few options.

"Let's be realistic," Gentili says, "for people like me, sex work is not 'one' job option. It's the only option."

Gentili says that when police busted the drug house in Brooklyn where she was being held, she debated whether to ask for help. She figured she was in a very vulnerable position, as a trans, undocumented person. She stayed quiet.

These days Gentili is the director of policy at GMHC, an HIV/AIDS prevention, care and advocacy nonprofit in New York. She's advocating for New York City and state to decriminalize sex work. 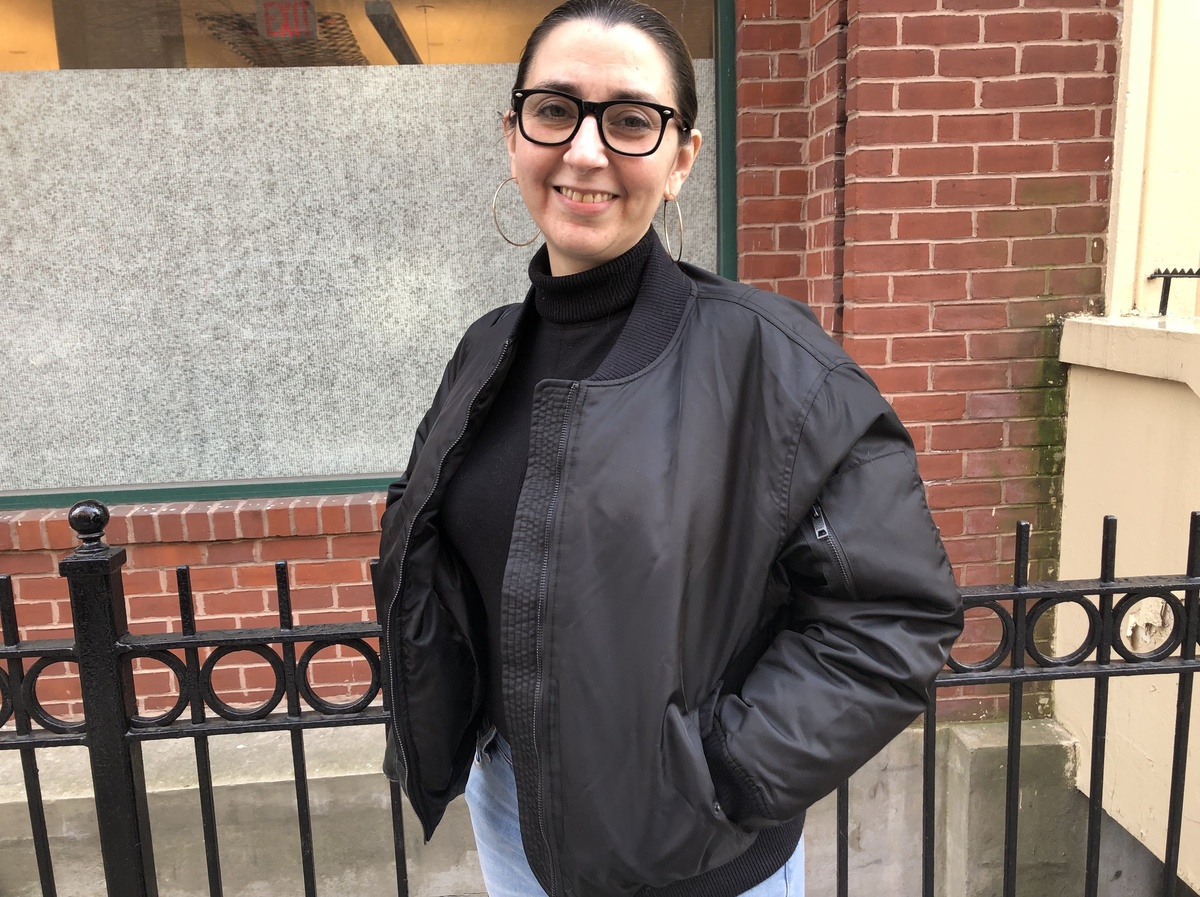 Rachel Lloyd is the founder of Girls Educational and Mentoring Services, a nonprofit for sexually exploited women in New York.

But many believe the sex industry is just fundamentally vicious and decriminalizing it will make it worse. Rachel Lloyd is the founder of Girls Educational and Mentoring Services, a nonprofit for sexually exploited women in New York. She says there's nothing that will equalize the power unbalances in the sex industry.

When she was a teenager, Lloyd sold sex in Germany, where it's legal. But she says that didn't make it any less brutal for her.

"Those power dynamics of exploitation were still there," she says. "When ... legal johns came in, they were the ones with the money."

Lloyd says she doesn't want sex workers to be persecuted or punished. But she doesn't think men should be allowed to buy sex legally. She says that would be condoning the same industry that brutalized her and the women she works with today.

But decriminalization activists say that sex work has and always will exist. And they say bringing it out of the shadows can only help.