Accessibility links
Severe Weather: Are Forecasters' Warnings Enough? One social scientist says it's how people interpret these warnings that matters and that "we need to get out there and do a better job of understanding their perspective." 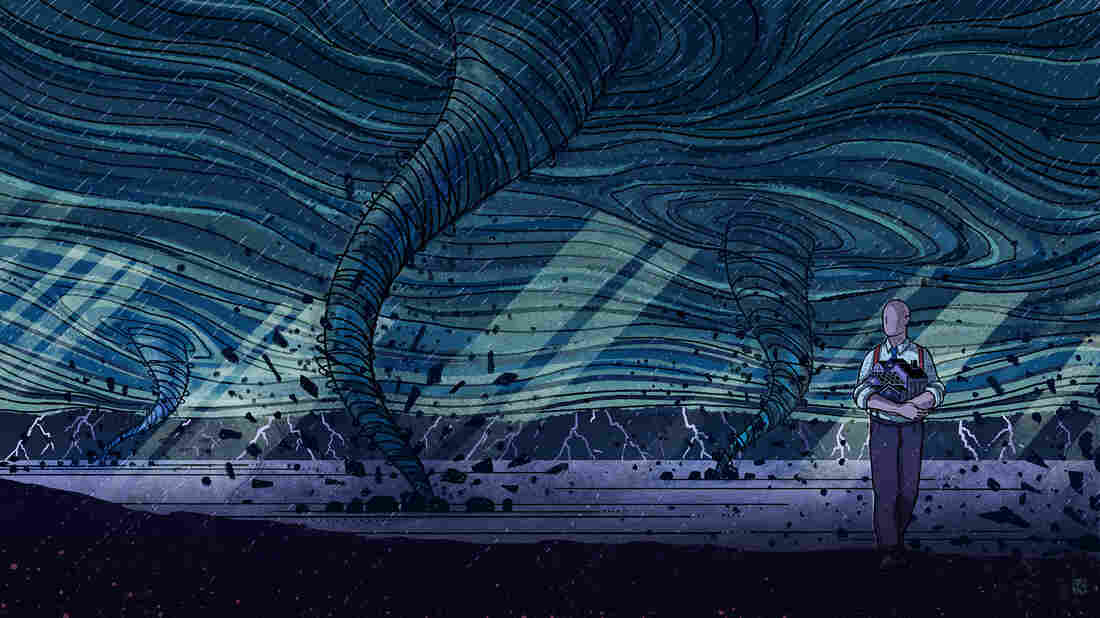 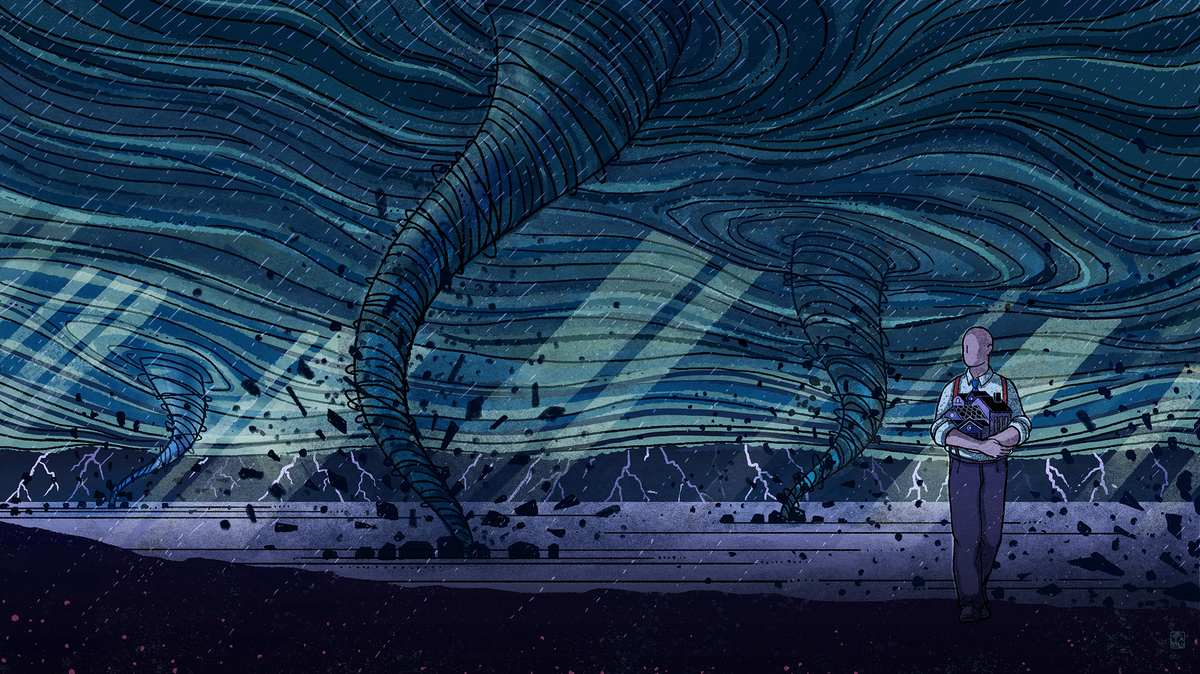 "We have not had anything of this nature before."

It's something commonly heard in the aftermath of deadly disasters. It's what Alabama Sheriff Jay Jones said after a tornado killed 23 people in Lee County earlier this month. And it helps explain how residents got caught so off guard — the twister was the most violent to hit the area in recent memory, so for many, it was unprecedented.

Invisibilia, the show about the invisible forces that shape human behavior, is back with Season 5. The new episode follows Alabama meteorologist James Spann as he grapples with the aftermath of one of the worst tornado outbreaks in the state's history and tries to understand how people process weather warnings. And it looks at what we can all learn from him about how to handle uncertainty.

Yet even an unprecedented twister can be predicted. Meteorologists had warned of severe weather a day before it struck Lee County.

The issue is how people interpret these warnings, says Kim Klockow McClain, a research scientist at the Cooperative Institute for Mesoscale Meteorological Studies.

"We often hear the individuals who get on TV that say, 'Things hit without warning' or that they didn't believe this would happen to them," she says. "As a social scientist, I say there's a lot in these stories. We need to get out there and do a better job of understanding their perspective."

For the past eight years, Klockow McClain has traveled to hard-hit cities and towns to understand why people got killed in storms that she says "really should be survivable as long as people can get to the right shelter." She's heading out to Lee County next week to talk with survivors, emergency managers and meteorologists about why the tornado — an EF-4 with winds that reached 170 mph — was so deadly.

Klockow McClain spoke with NPR about what past disasters have revealed about the way people process warnings of severe weather and then how they respond.

Meteorologists can often predict when a storm is going to hit, and yet people still get caught up and killed in these storms, like the one in Lee County. From your research, how do you explain that?

We give people days of alert that their general region may be threatened. But people are really savvy about this. They know that even if a region in general is at risk, that doesn't necessarily mean there will be a tornado that hits their house.

So people wait until things get quite close until they make those calls. For tornadoes, they typically wait until they're under a warning and then there's just a couple of minutes.

Then all they can really do is shelter in place.

So people are basically saying, "I get that my region is vulnerable, but that doesn't mean it'll come near my house." And they're waiting to see how close it will get before they start to act?

Yes, that's right. People are doing what we call "confirming the threat." And they do this, from what I've found, on a continuous basis. They'll be watching, and maybe they'll go get their children. But they won't necessarily take shelter until things get a little bit closer.

What are people waiting for, a visual confirmation?

I've found that visual cues were very important. People are driven to go look outside. That's one of the most common things people do when they hear sirens, they look outside.

This confirmation process is baked into our brains, but it's just not easy to do in the Southeast. The landscape doesn't lend itself to people seeing what's going on very well — it's hilly, it's treed, tornadoes happen at night.

Alabama is full of people who have weathered their fair share of storms and been fine — until a big one hits. How significant a role does past storm experience play in people's decision to shelter in place?

People do tend to base their future decisions on what happens in the past. We call this "the shadow effect." After Hurricane Katrina, Hurricane Rita was headed for the Houston area and there was a mass evacuation. People were just not going to mess with it. So people learn from their direct experiences and watching the experiences of people nearby.

But there's also an interesting localized effect — especially for tornadoes. When people go through multiple tornadoes, they learn from those events and some of the lessons they carry away are a little bit interesting.

This is what you've termed "folk science"?

Yes, this is folk science. The most interesting example was a community in Mississippi where everyone believed there was a waterway to their west that prevented tornadoes.

So the sheriff of the community, at the direction of the mayor, went a mile south along the waterway to watch as a storm was coming in. The mayor said, "If it crosses the waterway, let us know and then we'll shelter."

And it started to cross the waterway. The sheriff had just enough time to drive quickly back up the road to the town. I was astonished. The idea had been socialized so strongly that people acted in concert to monitor the waterway instead of just the weather forecast and radar.

Is there something meteorologists can do to persuade people to take action based on the forecast?

The best thing we can do now is really understand where these beliefs come from. I liken it to medical practice, where you have a diagnosis phase and then you have a treatment phase.

I would say social science as applied to weather forecasting is still in the diagnosis phase. We're just learning these effects even exist. Before we can know what to say about it, we need to do clinical trials. We need to experiment with different communication strategies.

Is there any advice you can offer right now to the emergency managers who will be dealing with the next big storm and want people out of its path?

My advice to emergency managers in these local areas is to be aware of what these populations are saying. If you live in the community, you know about these localized features; you know they aren't going to protect them much.

Emergency managers should know that while these sayings might be funny, they can mean that people are less prepared. So it's on the emergency manager to step up their preparedness.