Accessibility links
Jenny Lewis Puts Emotions On The Line: 'It Can Get Ugly Sometimes' Lewis speaks with NPR's Scott Simon about the catharsis of making her latest album, On the Line, and grappling with accusations made against her album collaborator, Ryan Adams. 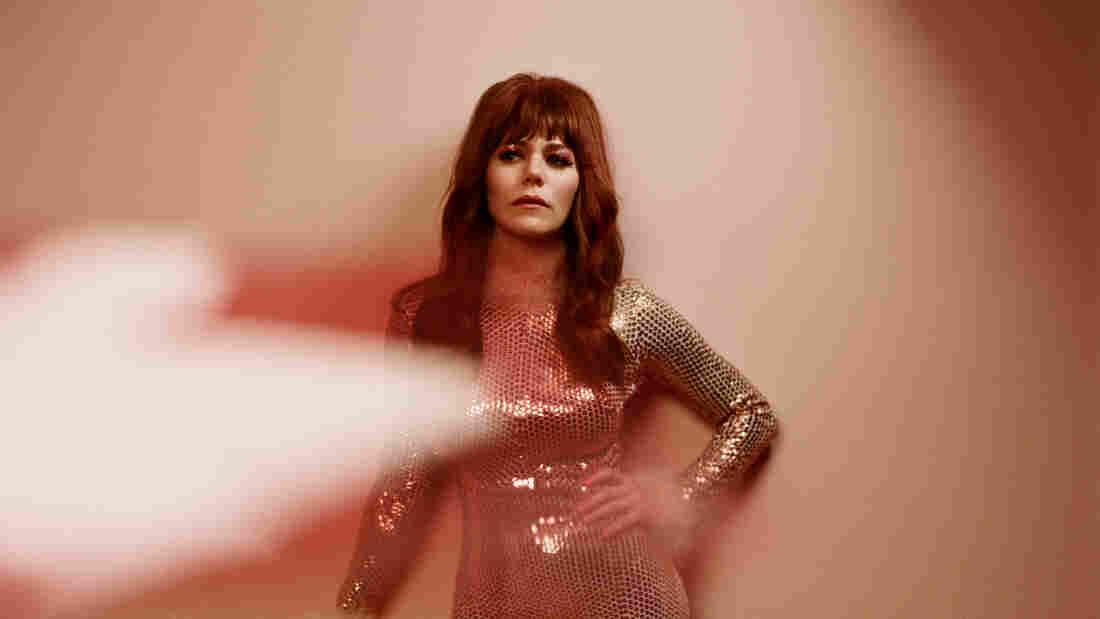 Jenny Lewis returns with On The Line, out now. Autumn De Wilde/Courtesy of the artist hide caption 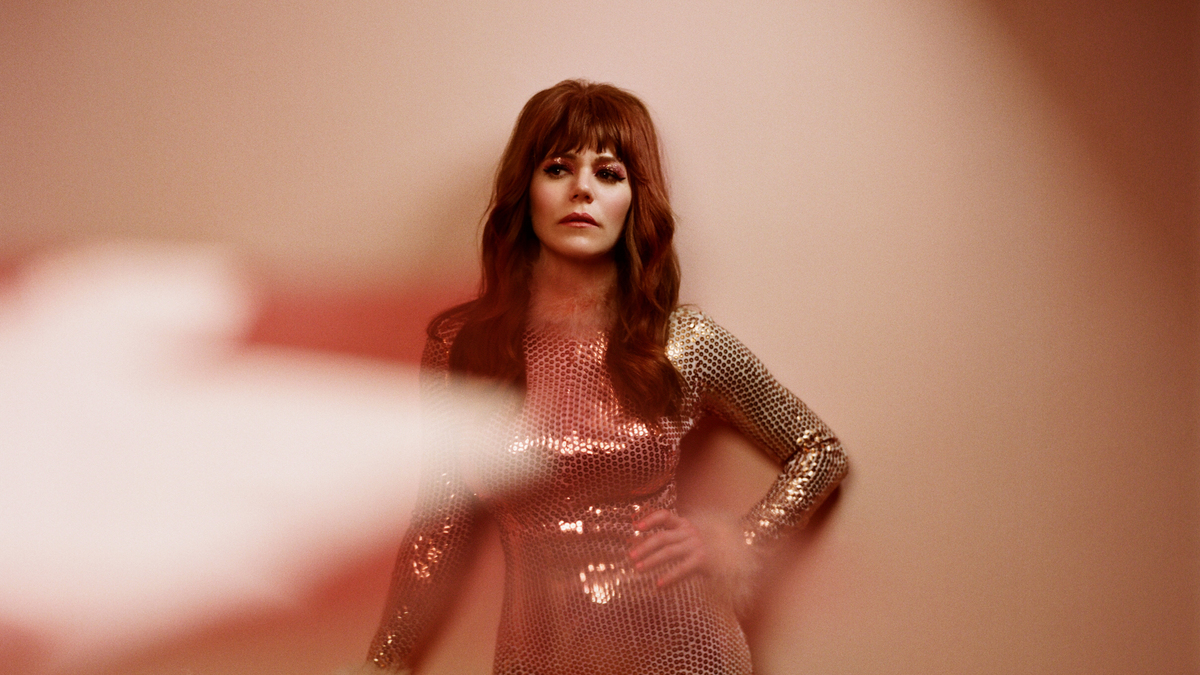 Jenny Lewis returns with On The Line, out now.

Autumn De Wilde/Courtesy of the artist

Throughout the course of her career, Jenny Lewis has worn many hats. She was a child actor who did cereal commercials and Barbie ads then moved on to films like Troop Beverly Hills and The Wizard. In 1998, Lewis became front woman for Rilo Kiley and when that band officially broke up in 2014, she went solo.

Lewis' latest album, On the Line, is her fourth project as a soloist and one that is intensely personal for the singer-songwriter. On the 11-track album, Lewis works through losing love and reconnecting with her estranged mother just before her death. On the Line features collaborations with Ryan Adams, who was accused by seven women in February of using his industry status to lure them into sexual relationships.

"This is part of the bigger conversation," Lewis says of the allegations against Adams in connection to her album. "I have to be clear in that I do not condone that behavior. It's just so upsetting."

Lewis spoke with NPR's Scott Simon about the catharsis of making On the Line, dedicating the album to her mother and grappling with the accusations against Adams. Hear the radio version of their conversation at the audio link, and read on for more that didn't make the broadcast.

Scott Simon: Who's playing those drums we hear [on "Red Bull and Hennessy"]?

Jenny Lewis: There are two drummers on that track, one being the great Jim Keltner, who played on [John Lennon's] Imagine. And the other being Ringo Starr.

Were you in the studio at the same time?

Yes, we tracked live at Capitol Records Studio B ... We cut those drums live with the two drums in the same room, and that was really the coolest rock and roll moment of my life. I've had some really amazing experiences over the years just watching from side stage or singing with someone, but to sit in the control room and watch those two play together, it was like a bullet train. I mean, the power, the sound, the feel is like a big boy pirate ship.

You dedicate this this album On the Line to the memory of your mother, who was a singer, I gather?

She was a lounge singer in Las Vegas, where I was born, with my father who was a virtuoso harmonica player. They met in Las Vegas and joined a band called Love's Way.

And she had challenges ahead in life.

She did, as we all do. But yeah, my mom she was an addict and struggled with the disease of addiction for her entire life.

Which has passed now, I guess.

What do you think of when you sing "A Little White Dove"?

These relationships with our parents are so potent and complex. And reaching the end of life and being able to see someone go through that process is so intimate. And really, the song is about the little white dove showing up with love and forgiveness and understanding and peace.

I hope you don't mind if I ask but when you say forgiveness, is it you forgiving your mother?

Well, also I think she forgave me.

Forgave you for what?

I guess for not being around. ... It didn't matter, and it wasn't as I imagined it would be with both of my parents when they passed. The conversations that we had weren't necessarily linear, but the feeling was there and it's mutual. When you're with someone, they're so vulnerable. Two weeks out from the end of their journey here on Earth, people are so raw and so open and it is so beautiful. So I think she forgave me, because I had to leave when I was a kid because of her disease.

Let me ask you about another song: "Heads Gonna Roll." This doesn't sound like a happy sitcom relationship, somehow.

But I view it as a success: "Even though we were just friends, I think of us as bookends and I'm going to love you 'til the day I die." That, I hope, is the takeaway. I mean, I think if you can spend four years with someone or five or 10 or 15 or 20, and you move on and go your separate ways, I view that as a success. I mean, what's forever anyway?

Absolutely. I mean, I talk about this with my girlfriends everyday. We're trying to decode it. We don't fully understand it but we're walking through it and we have each other to consult. I think the patterns emerge until you recognize them and make a conscious decision to try something else that's good for you.

Which brings up Ryan Adams.

Well, it just kind of presented itself. You made a statement recently. He's been accused of sexual misconduct. Your statement says in part, "Although he and I had a working professional relationship, I stand in solidarity with the women who have come forward." Do you regret working with him?

No. I can't change the past. We were co-workers. He is a part of the story of my music.

Do I condone that behavior? Absolutely not. Was that my exact experience? No. It's complex in that I happen to be putting out this record right now. So now, I'm a part of the dialogue which isn't something I set out to do in making this record, which is a reflection of my my life and my work and my creative autonomy as a writer. However, I understand that we need to have this dialogue moving forward.

This album has so much personal material. Was it fun? Was it fulfilling?

Jenny: Well music, for me, is when I feel most connected to the cosmos or the best version of myself. It's not always light stuff, but I think when you're making your soul music, it can get ugly sometimes. But the joy for me, is in the creation and the collaboration and the process. Then, the catharsis on tour, being able to feel these songs and finally understand the meaning. Standing in front of a couple hundred people, sometimes it occurs to me what it was that I meant. ... And I think we, as artists, open that channel and it's a little bit magical.