Accessibility links
Interview: Jordan Peele On 'Us,' A Horror Movie Follow-Up To 'Get Out' For his much-anticipated follow-up to his Oscar-winning movie Get Out, the writer-director sets a family up against its own doppelgangers. That is, he made a full-on horror film. 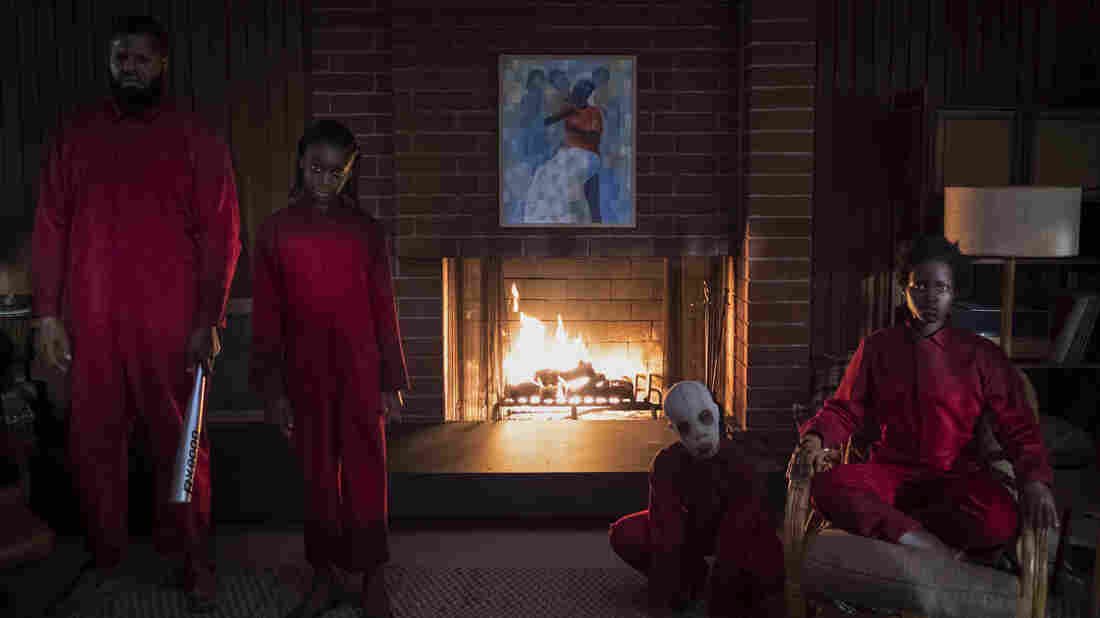 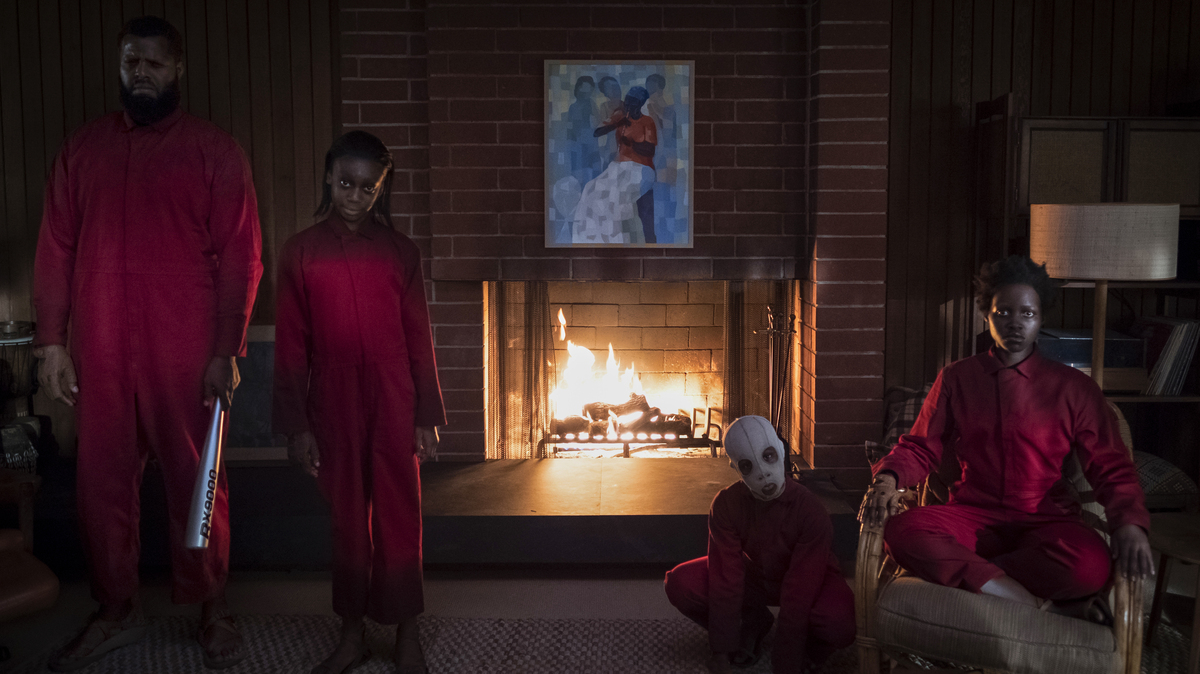 In Us, Winston Duke, Shahadi Wright Joseph, Evan Alex and Lupita Nyong'o (L-R) play the members of a family — and their doppelgangers.

The new movie Us, Jordan Peele's follow-up to Get Out, is a horror movie.

It starts with a black family on vacation. They go to the beach; dad buys a boat. Then things start getting creepy.

When You Meet The Enemy, And It Is 'Us'

One night, another family dressed in red jumpsuits shows up in front of the house. And each member of this new family — mom, dad, sister, brother — is an identical copy of the family inside. They're doppelgangers.

"It starts with the fear that I can't explain," Peele says in an interview. "This idea that if I saw myself on the street, you immediately know that one of you might go. There's only room for one. And on top of that, if you see yourself, and yourself smiles back at you, you know the other one has the upper hand."

On why looking into a mirror can be terrifying

Have We Met Before? Doppelgangers Caught On Camera

It makes you question your identity. You know, the one thing we can count on in our own consciousness is that it's ours, and this place in the universe is ours — the one thing that we can know for certain. And when that is put into question, it's just this existential crisis. Now, throughout history the doppelganger mythology exists. And what I think it represents is this — is everything that we don't face in ourselves. It is a representation of the guilt, the trauma, the fear, the hatred that might be buried underneath layers of pleasantry. All that stuff that we don't deal with: When it comes out, it'll come out in crazy ways. ...

I tried to apply this idea of duality to everything in the film. And you know, I think the piece of the puzzle that pushed me to embark on this is this idea of the doppelganger family. That's when the movie sort of went from being about self-introspection to this idea of a societal or collective introspection. 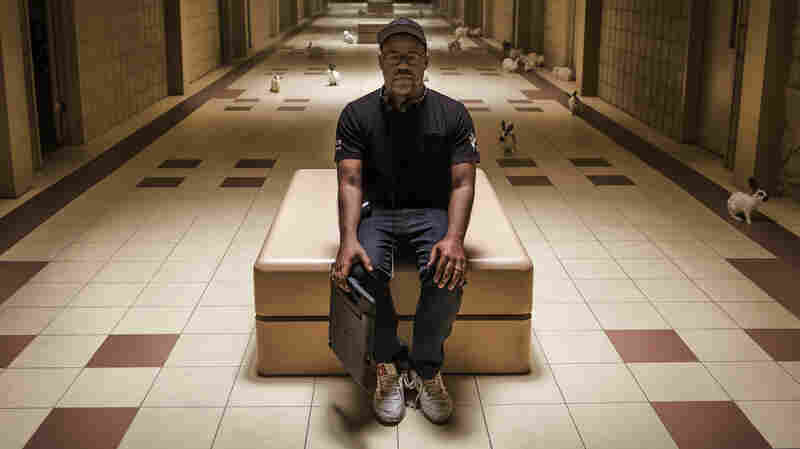 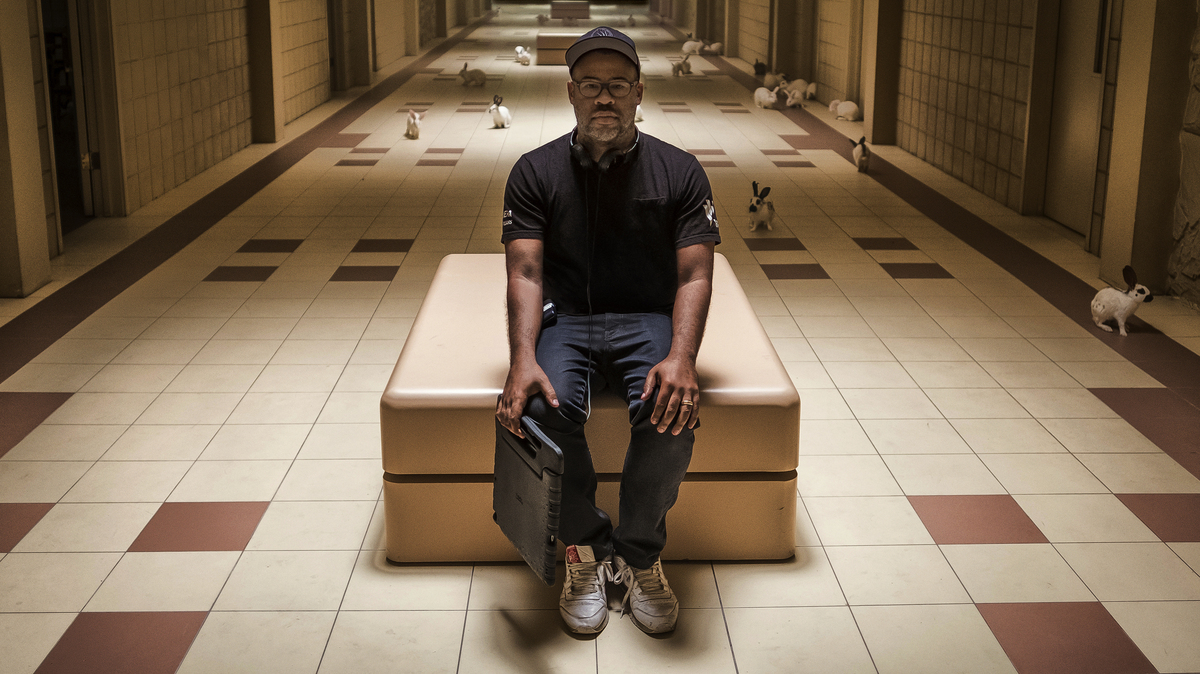 Writer, producer and director Jordan Peele poses on the set of Us.

I think a lot of people are catching onto the fact that there's a lot of United States/American imagery in this. And the duality of this country and our beliefs and our demons, I think, is on display. But I think "us" is bigger than that. And I think one of the reasons this movie has an expansiveness is because "us" is subjective. Everybody thinks of the term "us" in different ways — it can be "us" the family, "us" the town, "us the country, "us" humanity. I think in the simplest form, the very nature of "us" means there is a "them," right? So that is what this movie is about to me, is that: Whatever your "us" is, we turn "them" into the enemy, and maybe "we" are our own worst enemy.

On deploying comedy in a horror movie, e.g. the family's argument as they attempt to flee

You have to try to portray as real a world as possible. The reality of how we act in emergency is not necessarily what we assume. Sometimes somebody says something to break the ice or break the tension. Other times, we'll get caught up in something petty, even in emergency. So what I'm trying to do is actually make something that feels more realistic than your average genre film in that there's a lot of ways we respond.

On similarities between comedy and horror

Both of these things are about getting a visceral, uncontrollable reaction from the audience. These are not genres that can end with just silence, you know? If it works, then something we don't entirely understand happens to us, you know, in the scream or the shudder or the laugh. So it's that visceral pop.

On putting a black family in the film

Just by putting a black family in the center of this movie, which is not about race, we see shades of what it means to be African-American that aren't out there. Part of the systemic failure in representation is that we are relegated to boxes. And I think, even if it's something that feels simple or not particularly imaginative, like a black family on the beach, I think it's important, and has a great effect, both within the community and outside the African-American community, to continue to present the spectrum of what we are and how we deserve to be represented.

On using "picture-perfect" images in horror

I think that's my style. My favorite horror images are the beautiful ones that are subverted. This is why I was drawn to The Stepford Wives, and movies like Jaws and The Shining appeal to me, is that when you have something idyllic and beautiful and sort of perfect, that's where true horror lies. In this movie, it's even — to present the shiny, happy, "Hands Across America" version of our culture with the promise of the darkness underneath.

On why he makes horror movies

I think it is connected to getting over my own fears: my fears growing up, my fears as a kid watching movies. I'd always — I'd watch these commercials for the Time-Life Mysteries of the Unknown books. ... And I would freak out. But I would want it. And I had this weird love-hate where I would ... if I got to sneak a horror movie at a friend's house, there was nothing more I would want to do. And then of course it would keep me up at night. ... And watching [horror movies] does that for me to an extent. But creating them, I think, helps me deal with fear and makes me feel stronger and braver.

Marc Rivers and Mallory Yu produced and edited this interview for broadcast. Patrick Jarenwattananon adapted it for the Web.