Accessibility links
Opinion: Baseball Has Become Slow, Thanks To Analytics In his essay this week, NPR's Scott Simon writes about how an increased focus on analytics has slowed down the pace of baseball. 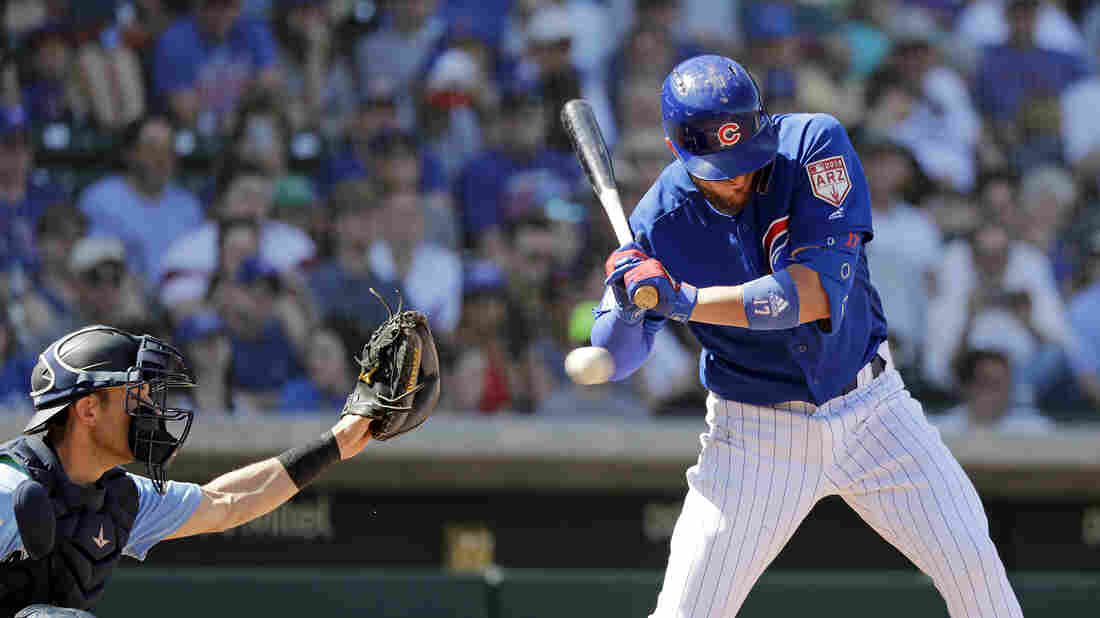 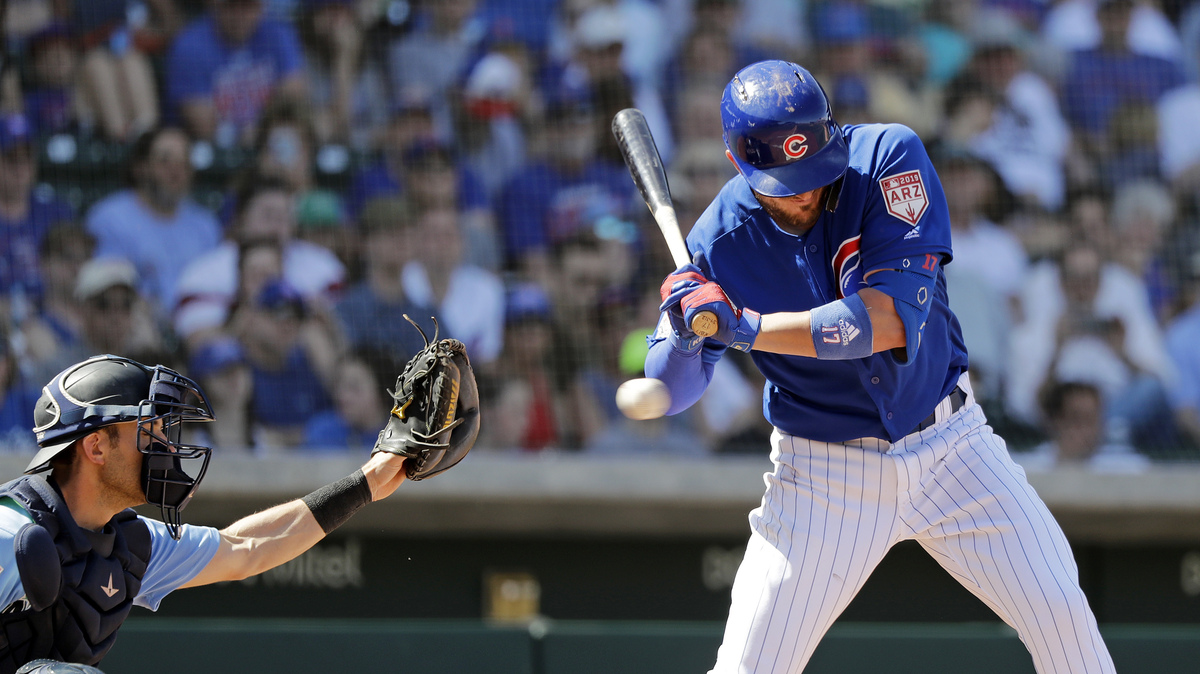 Chicago Cubs' Kris Bryant, right, is hit by a pitch as Seattle Mariners catcher Austin Nola looks on at a spring training baseball game on Tuesday.

And amidst all this urgent news, the 2019 Major League Baseball season also began this week. Organized baseball worries that the game once considered America's pastime has become slooowww, old, and tedious.

In 1948 — when Joe DiMaggio, Ted Williams and Jackie Robinson were on the field — an average 9-inning game lasted 2 hours and 15 minutes. Today, it takes more than 3 hours.

It's not just more commercials and on-field promotions. It's increased analytics. The data that tell managers a certain player might stand a .001 percentage better chance of getting a hit off a certain pitcher, or the reverse, causes managers to stop the game, go to the mound, pull pitchers, pinch-hit for batters, and move players around like Legos.

A 12-year-old who starts to watch a game at 7:10 on a school night might grow a beard before the game is over. Games seem to last longer than the Mueller investigation. The average age of a Major League Baseball television fan has become as old as George Clooney.

And analytics may have made the game more tame. Fewer players try to steal bases these days. It's a high-risk play, with a low success rate, in an era when players are paid more just to stand and clobber the ball.

This season, Major League Baseball will reduce the time between innings from two minutes and five seconds to ... two minutes. This will trim 40 seconds off a 3-hour game, which is like boasting that a new production of Wagner's Ring Cycle is just 14 hours and 58 minutes, instead of 15 hours long.

I'd like to offer a few more proposals to speed and enliven the game many of us love, often because of its unhurried pace and multifarious strategies:

Don't bother with actual pitches and hits. They take time and are hard to predict. Have the pitcher point to his stats on a screen, the batter point to his, then each touch a button on a home screen and have algorithms flash the results. Single! Walk! It's outta here!

Bury gold bricks under each base. Incentivize the play! A potential payoff might encourage more base stealing.

Make managers remove one item of clothing each time the opposing team scores a run. That'll keep managers in the dugout.

And to really speed up the game, put in antelopes as pinch runners. Antelopes can run 60 miles an hour. If baseball is to become America's national pastime again, why not let the deer and the antelope really play!