Accessibility links
Theresa May Faces New Pressure To Resign Over Brexit British newspapers reported on Sunday that senior members of May's cabinet could resign to force her to leave. May has until the end of next week to get a Brexit deal through Parliament. 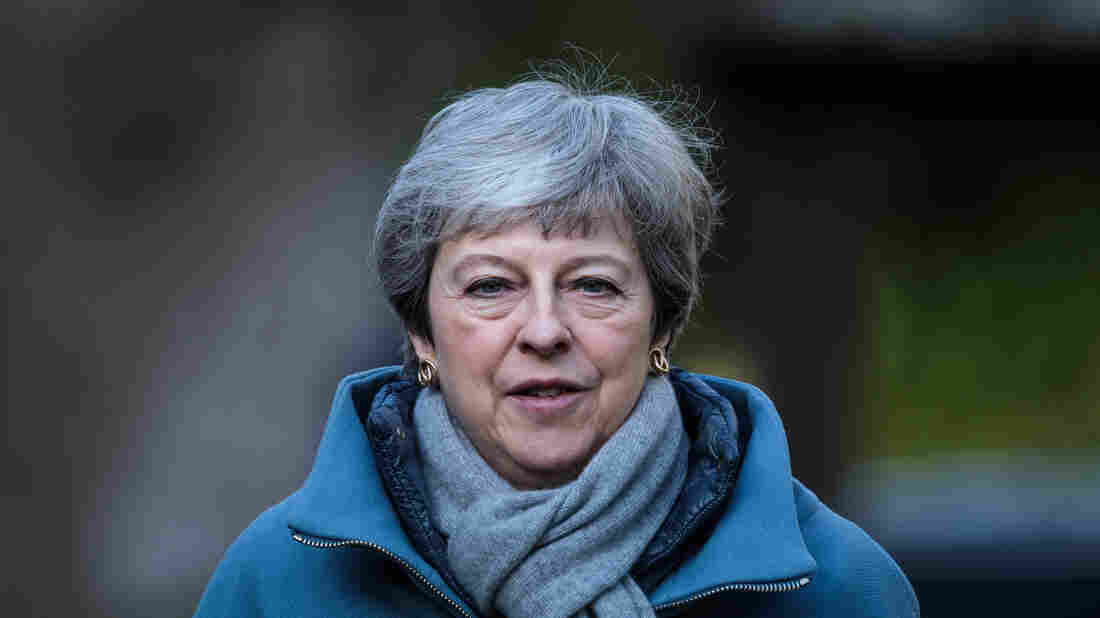 British Prime Minister Theresa May is reportedly facing pressure from within her Conservative Party to quit over her handling of the Brexit process. Here she attends a church service on Sunday in Aylesbury, England. Jack Taylor/Getty Images hide caption 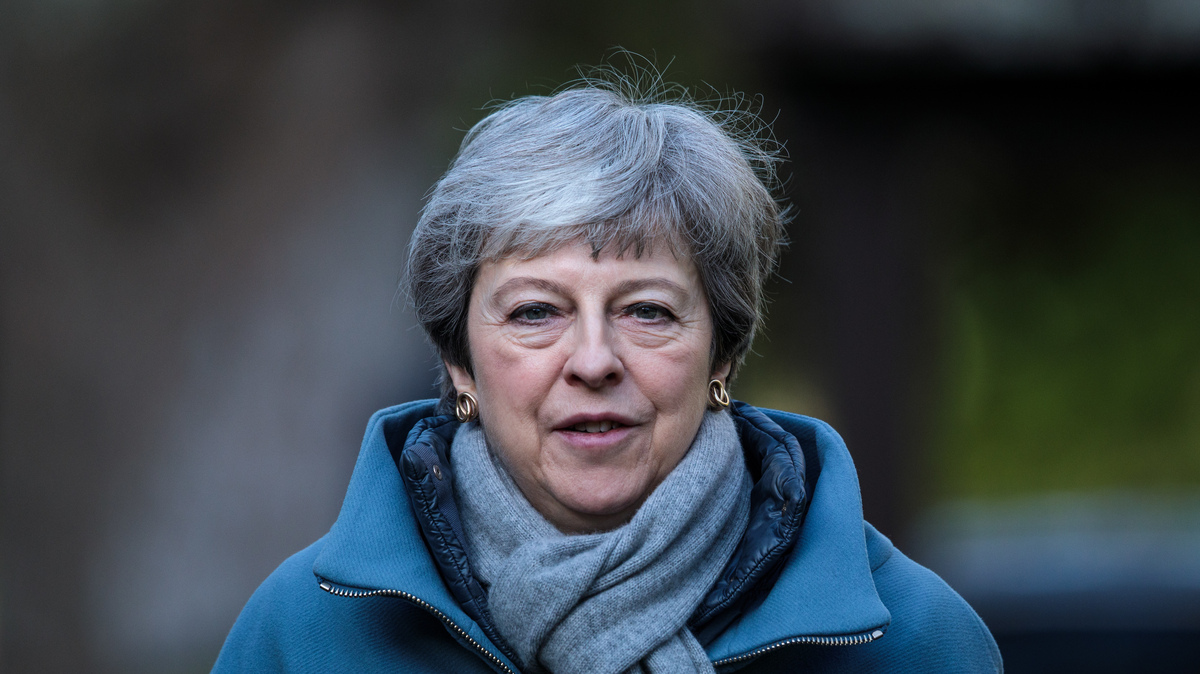 British Prime Minister Theresa May is reportedly facing pressure from within her Conservative Party to quit over her handling of the Brexit process. Here she attends a church service on Sunday in Aylesbury, England.

British Prime Minister Theresa May is facing new challenges to her leadership the day after protesters packed the streets of London to demand a second referendum on Britain's exit from the European Union.

If that were to happen, May would be replaced by an interim prime minister. But two cabinet ministers who were named by British media as possible replacements touted their support for May on Sunday.

David Lidington, the prime minister's de facto deputy, who voted to remain in the EU, denied rumors of a plot to oust May, telling reporters that he was "100 percent behind" her. Michael Gove, the secretary of state for environment, food and rural affairs, who was also named in the papers as a possible caretaker prime minister, said that it was "not the time to change the captain of the ship."

Another option for Parliament would be to ask May to commit to a date to step down in exchange for an approval of her Brexit deal, though that seems unlikely given the unpopularity of her plan, which has been soundly defeated in two votes.

May has not responded to the reports, but No. 10 Downing St. insists that she is going nowhere. Fellow Conservatives and pro-Brexit lawmakers, including Boris Johnson, met with May at her country residence, Chequers, on Sunday.

The prime minister's office released a statement after the meeting, but provided no indication as to whether May had made any progress on gaining support for her plan. A Downing Street spokesperson did not address rumors about May's future.

"The PM and a number of government ministers met today at Chequers for lengthy talks with senior colleagues about delivering Brexit," the spokesperson said, according to Reuters. "The meeting discussed a wide range of issues, including whether there is sufficient support in the Commons to bring back a meaningful vote this week."

Despite the pressure she is facing to step down, May has survived two no-confidence votes in Parliament, the most recent being this January. She cannot face another leadership challenge from within her own party until December, according to party rules, but if several members of her cabinet resigned, she could be convinced to quit.

"Changing the players doesn't solve the problem," Chancellor of the Exchequer Philip Hammond told Sky News on Sunday morning. "The problem is that we as a nation have to decide how to deliver Brexit."

Still, May angered lawmakers last week when she delivered a speech blaming Parliament for the Brexit stalemate. And if Saturday's demonstrations are any indication, May is also losing support among voters. An Ipsos MORI poll released this past week shows that 86 percent of Britons are dissatisfied with her leadership.

Protesters told Langfitt that they want a second chance to vote on Brexit because they believe the vote in 2016 was flawed.

"This country's in grave danger of shooting itself in the foot," Tim Parsons, who works in finance in London, told Langfitt. "There was a vote. Nobody knew what they were voting for at the time, so I think it should be put back for another vote. At least it will have been an informed decision."

The chances of a second referendum are considered low because it would enrage the 52 percent of voters who supported Brexit. Even some who voted to remain in the European Union feel a second vote would be anti-democratic, Langfitt says.

The leadership drama comes as May is running out of time to get a new Brexit deal approved by Parliament. She has until the end of next week to secure an agreement, after winning an extension from EU leaders. Britain was originally scheduled to leave the EU on March 29.

May could present her Brexit plan for a third vote next week, but she has said she would do that only if she were certain it had enough support to win. If Parliament can agree on a plan next week, the United Kingdom will have until May 22 to leave the EU. But if Parliament can't get a deal done, it will have to devise a new plan or leave the EU with a no-deal Brexit on April 12, which most experts say would be a nightmare scenario.