Accessibility links
Mueller Investigation Report: Next Steps, Big Unanswered Questions The curtain has nearly fallen on the special counsel investigation into Russia's interference in the 2016 presidential election, but this drama may have at least one more act left to run. 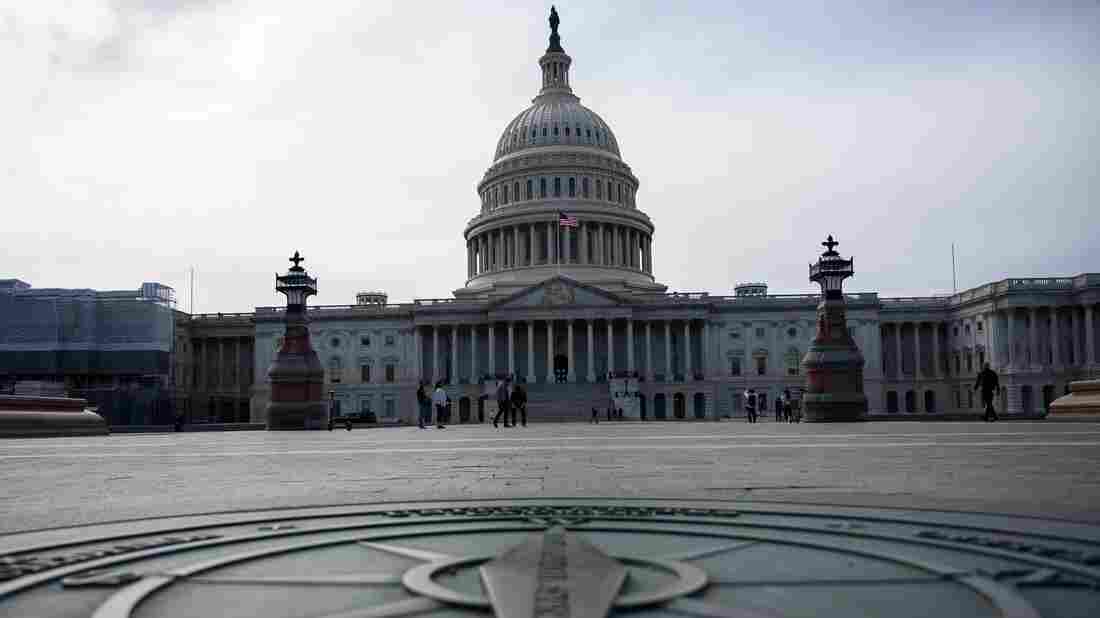 Attorney General William Barr sent a summary of the special counsel's main findings to key members of Congress on Sunday.

Special counsel Robert Mueller's work is done, but the Russia imbroglio likely has a few more encores before the curtain closes.

Attorney General William Barr notified Congress on Sunday of a huge milestone in the saga: Mueller has submitted a report that did not find that President Trump's campaign conspired with the Russians who interfered in the 2016 election.

Mueller did not reach a conclusion about whether the president obstructed justice by trying to frustrate the investigation, Barr wrote.

"Instead, for each of the relevant actions investigated, the report sets out evidence on both sides of the question and leaves unresolved what the Special Counsel views as 'difficult issues' of law and fact concerning whether the President's actions and intent could be viewed as obstruction."

Therefore, Barr said it was left to him to decide whether the conduct constituted a crime. So he and Deputy Attorney General Rod Rosenstein "concluded that the evidence developed during the Special Counsel's investigation is not sufficient to establish that the President committed an obstruction-of-justice offense."

Trump, the White House and Republicans rejoiced Sunday in what they called a vindication for the president after 22 months of political warfare.

Now the Russia cloud is dispelled, as Sen. Lindsey Graham, R-S.C. wrote, and Trump is free to "govern the country" and begin working now to safeguard the 2020 election from foreign interference.

Democrats, however, don't appear prepared to let this go.

So there may be still more big revelations to come that go beyond the attorney general's four-page letter to key members of Congress.

About the only issue on which Washington has lately been able to reach a bipartisan consensus is that Mueller's full report and its underlying material must at least go to Congress, if not become public.

Republicans want it. Democrats want it. The president has said he doesn't object. And Barr, in his synopsis on Sunday, said he intends to make good on his earlier commitments to release as much as he can of what Mueller found, within the bounds of the law and regulations.

Given these restrictions, the schedule for processing the report depends in part on how quickly the Department can identify the ... material that by law cannot be made public ...

Separately, I also must identify any information that could impact other ongoing matters, including those that the Special Counsel has referred to other offices. As soon as that process is complete, I will be in a position to move forward expeditiously in determining what can be released in light of applicable law, regulations, and Departmental policies.

As Barr's letter made clear, Justice Department officials other than Mueller are still conducting investigations with ties to the president. Criminal cases are still underway and prosecutors also are looking into Trump's inaugural committee and, potentially, other matters.

Democrats in the House also have launched investigations into the president and his businesses, potentially involving alleged financial fraud. For example, Trump's former personal attorney, Michael Cohen, has described how Trump and his businesses deflated the value of their holdings to lower their tax burden.

If investigators could substantiate that kind of activity, it still could mean trouble for Trump world separate from Mueller's Russia investigation.

There may be more to learn about the interference

Mueller's office has been the single biggest source of information for the public about how the Russian government interfered in the 2016 presidential election.

The synopsis Barr gave to Congress recounted two well-known aspects of that campaign: The social media agitation wrought by the troll factory known as the "Internet Research Agency" and the hacking, theft and release of information that embarrassed political targets in the United States.

Barr's letter calls those the "two main efforts" by Russia to influence the election, but it doesn't detail other, non-"main" aspects of the attack on the election that also have been established.

Those included Russia's cyberattacks against state election systems and, potentially, its use of fraudulent documents and attempts at infiltration of politically influential U.S organizations.

There also have been big questions posed about other potential types of interference, ones so far only hinted at in information available to the public.

They include whether Russia sought to seed money into the U.S. political system, potentially indirectly via "straw donors," and what other avenues it might have tried to use to influence the election, if any, that have yet to be revealed.

If, per the near-universal demands of members of Congress, Mueller's full findings are released one day, they could detail what he and investigators uncovered about the full suite of "active measures" unleashed by Moscow against the United States — and help Americans prepare better for future campaign cycles and elections.

One basis for the Russia investigation was the number of contacts between people in Trump's campaign and Russians or their agents in 2016.

The contacts themselves aren't in dispute — for example, the meeting at Trump Tower in June 2016 at which Donald Trump Jr. and other top campaign leaders hosted a delegation of Russians who Trump Jr. had been told would offer dirt on Hillary Clinton.

Trump's opponents have cited that meeting as clear evidence that Trump world was at least talking with some of the same foreign operatives who were also attacking the election. Trump Jr. himself called that and other actions, including his messages to WikiLeaks, a "nothing-burger."

One theory held that if nothing else, the Americans involved may have violated campaign finance law that prohibits American campaigns from taking anything of value from foreigners.

Yet Barr's letter on Sunday said that Mueller did not conclude there was a conspiracy and no more charges are pending from Mueller.

There had been clues before that prosecutors didn't consider those involved with the Trump Tower meeting to have broken the law; campaign chairman Paul Manafort, for example, who also took part, faced two federal prosecutions — but neither of them alluded to the June 2016 meeting.

Mueller's decisions about whom to charge and whom not to charge, in Manafort's and other cases, will be scrutinized whenever the material that Barr has promised becomes available to Congress or the public.

Why didn't Mueller try to interview Trump in person?

One of the biggest long-running subplots of the Mueller era was whether the special counsel might ask for an interview with the president.

Ultimately, Mueller and the Justice Department apparently contented themselves with the written answers to the written questions they submitted to Trump's legal team.

A big question for Mueller and his team will be how much they debated trying to force the issue with Trump's lawyers, and how close they might have come to asking a grand jury to subpoena Trump.

The stakes of a potential dispute over a subpoena were huge, including the prospect that the Supreme Court itself might weigh in on whether Trump could reject Mueller's effort to question him in person. That didn't happen.

The question now is: How close did Mueller and the Justice Department come to traveling down that road and did they opt not to for investigative reasons or because they were afraid they might lose the fight — or win the fight?

Get ready for at least one more big hearing 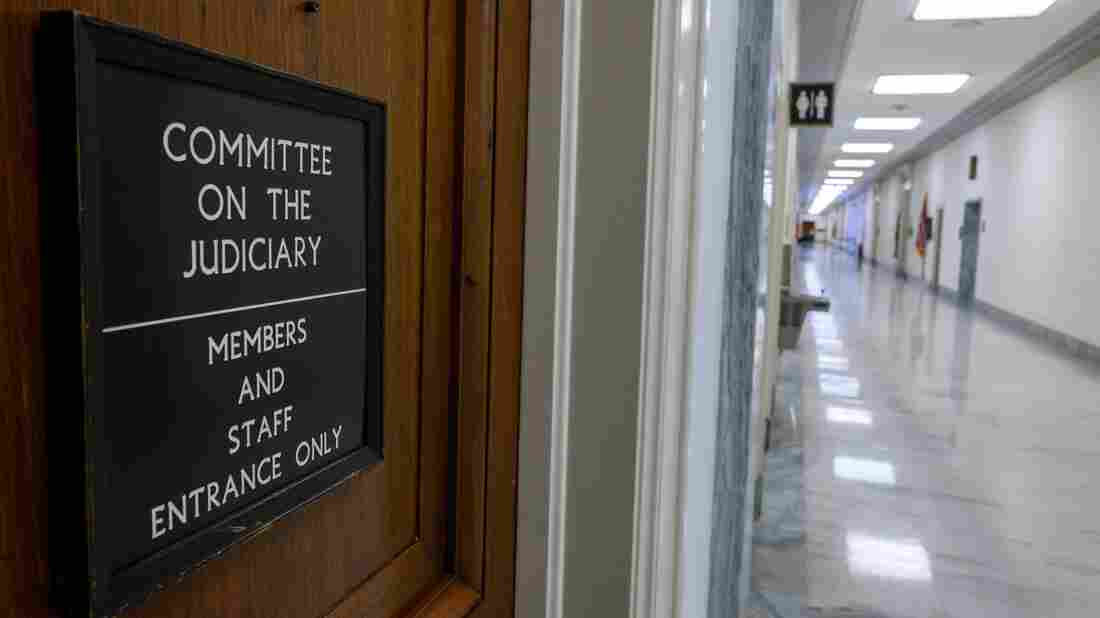 The House Judiciary Committee chairman wants the full report. He wants to hear in person from the attorney general, too. Andrew Caballero-Reynolds/AFP/Getty Images hide caption 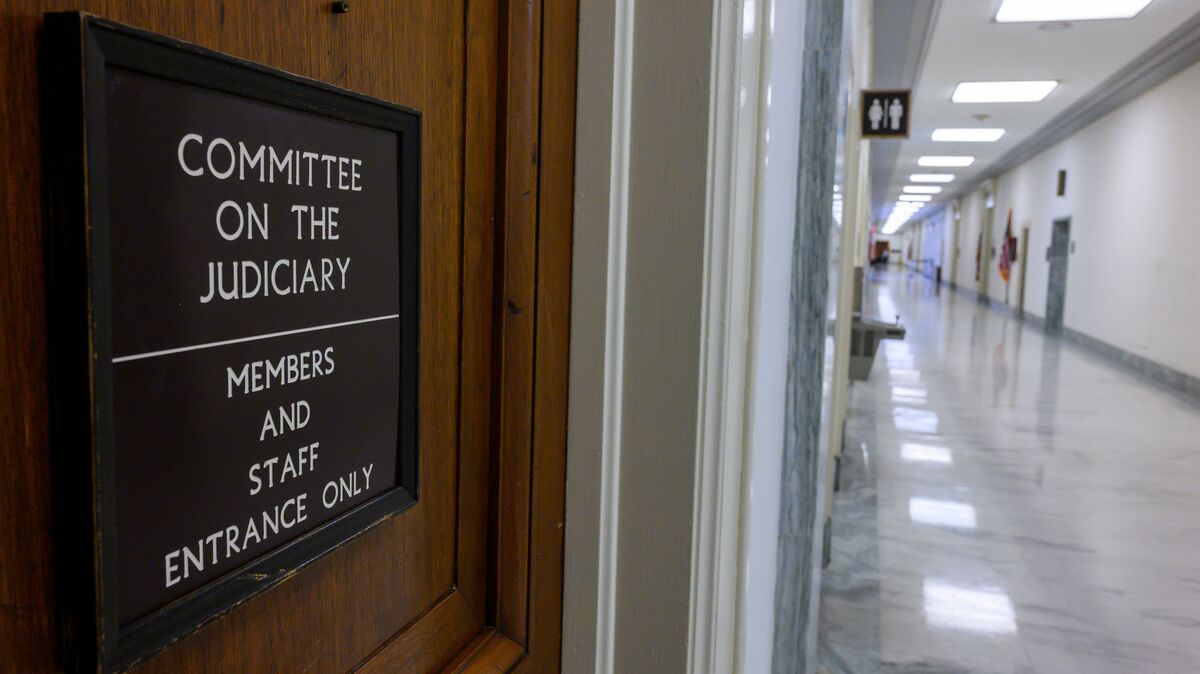 The House Judiciary Committee chairman wants the full report. He wants to hear in person from the attorney general, too.

House Judiciary Committee Chairman Jerry Nadler, D-N.Y., made clear on Sunday that he not only won't be satisfied until he gets Mueller's full report, but wants to hear in person from Barr, too.

Nadler threatened to issue a subpoena if he must, but Barr has committed in the past to being responsive to requests from Congress, making it likely that he may go to Capitol Hill for at least one hearing about Mueller's report.

Barr — or Deputy Attorney General Rod Rosenstein, who is expected to step down before long following the confirmation of his replacement, Jeffrey Rosen — could fill in many of the blanks about the hows and whys of Mueller's investigation.

Mueller, however, has remained a sphinx-like cipher at the center of the political whirlwind since his appointment, making it unlikely that he might agree to a big show for Congress. That could be the subject of its own separate fight.