Accessibility links
Scott Walker, Pop Idol Turned Avant Auteur, Dies At 76 The former member of The Walker Brothers and singer of "The Sun Ain't Gonna Shine (Anymore)" was also one of experimental music's most beloved composers. 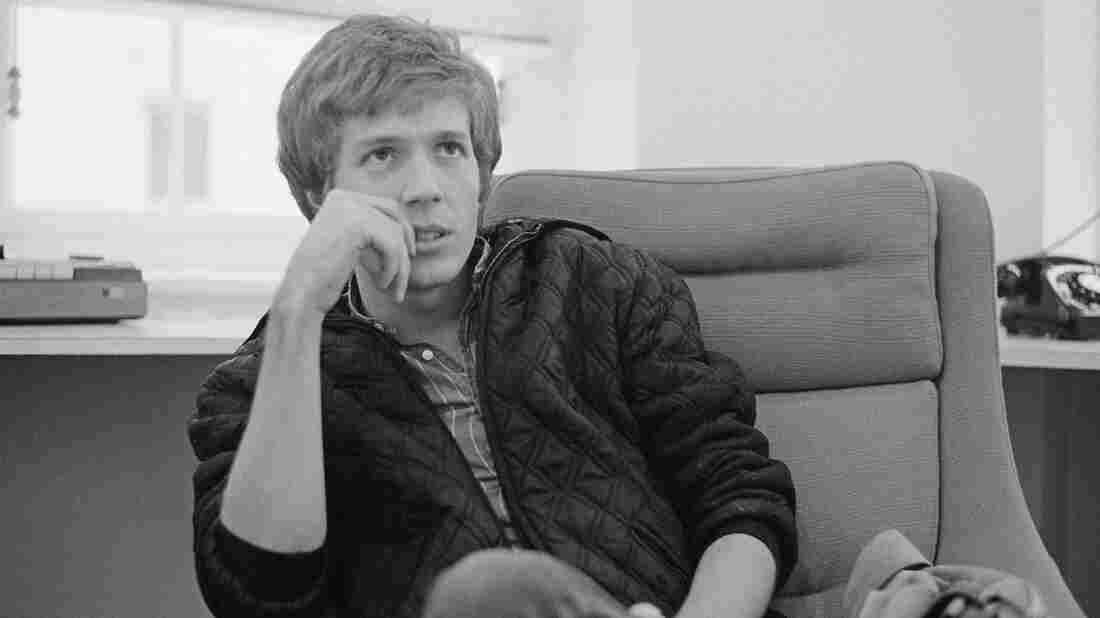 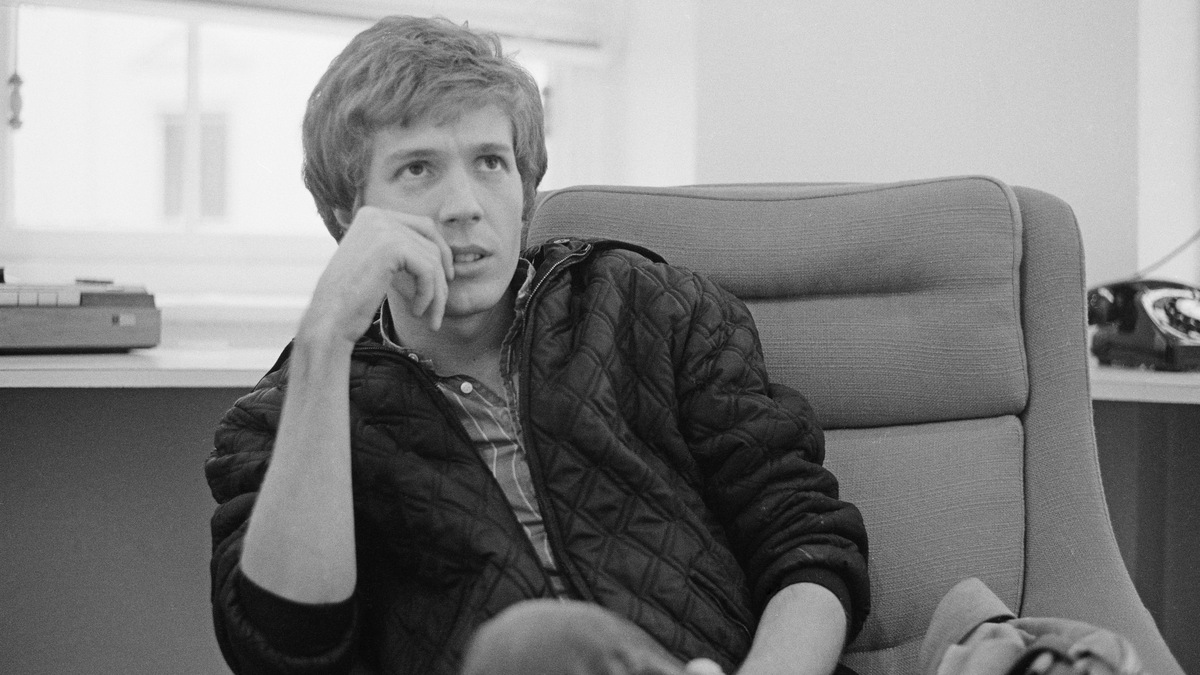 Scott Walker, a pop singer who gave up stardom to carve out one of the most original and uncompromising careers in modern music, died Friday. He was 76. His record label, 4AD, announced Walker's death on Monday morning and later told NPR that the cause of death was cancer.

Walker was best-known for his work with blue-eyed soul trio The Walker Brothers in the 1960s, but it was his late-career trilogy of challenging art-rock albums that defined his reputation as one of avant-garde music's most electrifying auteurs.

Several musicians took to social media to remember Walker on Monday. Radiohead's Thom Yorke wrote, "So very sad to hear that Scott Walker has passed away, he was a huge influence on Radiohead and myself, showing me how i could use my voice and words. ... He will be very missed."

"Audacious and questioning, he has produced works that dare to explore human vulnerability and the godless darkness encircling it," 4AD said in a statement.

Walker was born Noel Scott Engel in Ohio on Jan. 9, 1943. He found work in Los Angeles as a bass player, as he told World Cafe in 2013, but rose to fame in the United Kingdom as part of The Walker Brothers, a well-groomed trio famous for their British Invasion renditions of Brill Building pop. (The group's members were unrelated, and none were born with the name Walker.) With the help of Scott Walker's booming baritone, the act topped the British charts with covers of "Make It Easy On Yourself" (1965) and "The Sun Ain't Gonna Shine (Anymore)" (1966), but the trio never achieved the superstardom in the United States that they enjoyed overseas.

Walker's ambitions quickly grew unwieldy for a band measured by chart position, and in 1967 he released the first of four eponymously titled solo albums: Scott, Scott 2, Scott 3 and Scott 4 — the latter released under his birth name. He continued to record covers, often interpreting the songs of Belgian chansonnier Jacques Brel to glorious effect, but an artistic transformation was underway. By 1969, Walker was crooning his own iconic songs, like Scott 3's "It's Raining Today," but their often somber and peculiar nature appealed to diminishing crowds.

Then, that transformation hit a snag. Walker returned to other writers' songs for an eight-year stretch, resulting in four forgettable cover albums. But in 1978, Walker penned four of the songs on the regrouped Walker Brothers' final album, Night Flights, a noisy, avant take on the disco sound of the day. One of his credits on the album, an eerie track called "The Electrician," distinctly foreshadowed where Walker would wander on future recordings.

It was another eight years before Walker emerged again, during which time his approach to songwriting had changed dramatically. His 1984 album, Climate Of Hunter, featured an assortment of studio musicians who — according to Walker in the documentary Scott Walker: 30 Century Man — recorded their parts without knowing the melodies, to ensure that there was "no chance of everyone swinging together." Unlike most of Walker's recordings from the previous 15 years, Hunter was critically acclaimed, appearing among the year's top 10 albums in New Musical Express.

It would 11 more years before Walker completed his metamorphosis from pop crooner to avant-garde godfather. That would come on 1995's Tilt, a shocking post-apocalyptic work of art that matched dark, enigmatic songwriting and dissonant orchestral production. Tying it all together was Walker's inimitable voice, which he pushed to awkward, operatic heights. Tilt was a harrowing listen, but its uncompromising singularity attracted experimental music fans of all types.

Again, it would be 11 years before Walker would release new music, but this time the lag was to no one's surprise. Much like Talk Talk's Mark Hollis, he had developed a reputation as a perfectionist who operated on his own schedule. When 2006's The Drift was released on 4AD, Walker again sent shockwaves through the avant-garde community. While Tilt was, in part, adored for its misdirection, The Drift was celebrated for its execution. As the second part of Walker's late-career trilogy, it took his ornate orchestration to new depths; every second of its nearly 70-minute runtime felt intentional and intricate. 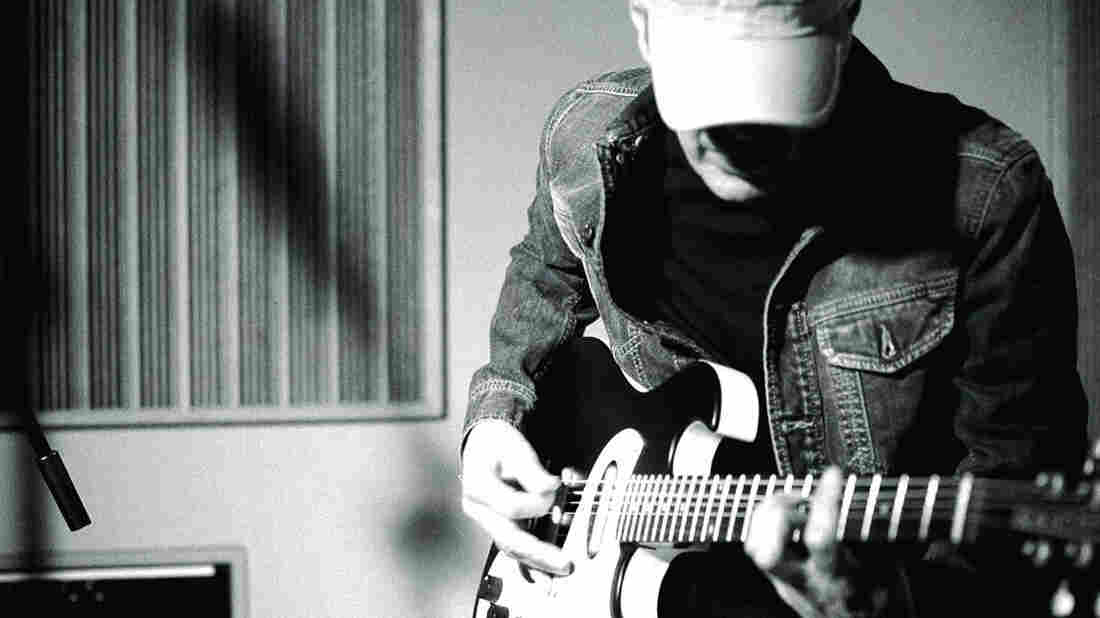 Walker in 2012. Courtesy of the artist hide caption

Walker completed the trilogy just six years later with 2012's Bish Bosch, then surprised many fans with Soused, a collaboration with doom-metal droners Sunn O))), in 2014. The last recording released during his lifetime was the 2018 score to the Brady Corbet-directed film Vox Lux.

Speaking to The Guardian in 2018, Walker predicted that even his most far-afield work would eventually find an appreciative audience. "I'll be six feet under — but they will."