Accessibility links
John Mulaney On Hosting 'Saturday Night Live': 'I Had No Idea How Hard This Was' Mulaney worked as a writer and producer on SNL for five years and thought he knew everything there was to know about the show. But when he returned to host, he says, "I was absolutely terrified." 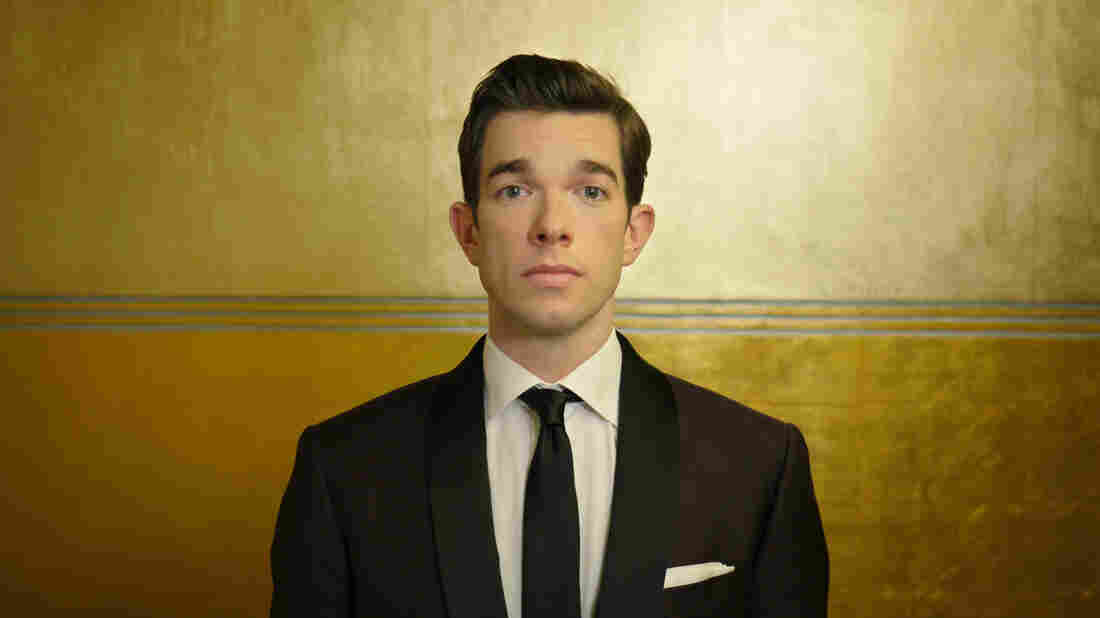 John Mulaney relayed stories from his childhood and his time at SNL in his 2018 Netflix comedy special Kid Gorgeous. Netflix hide caption 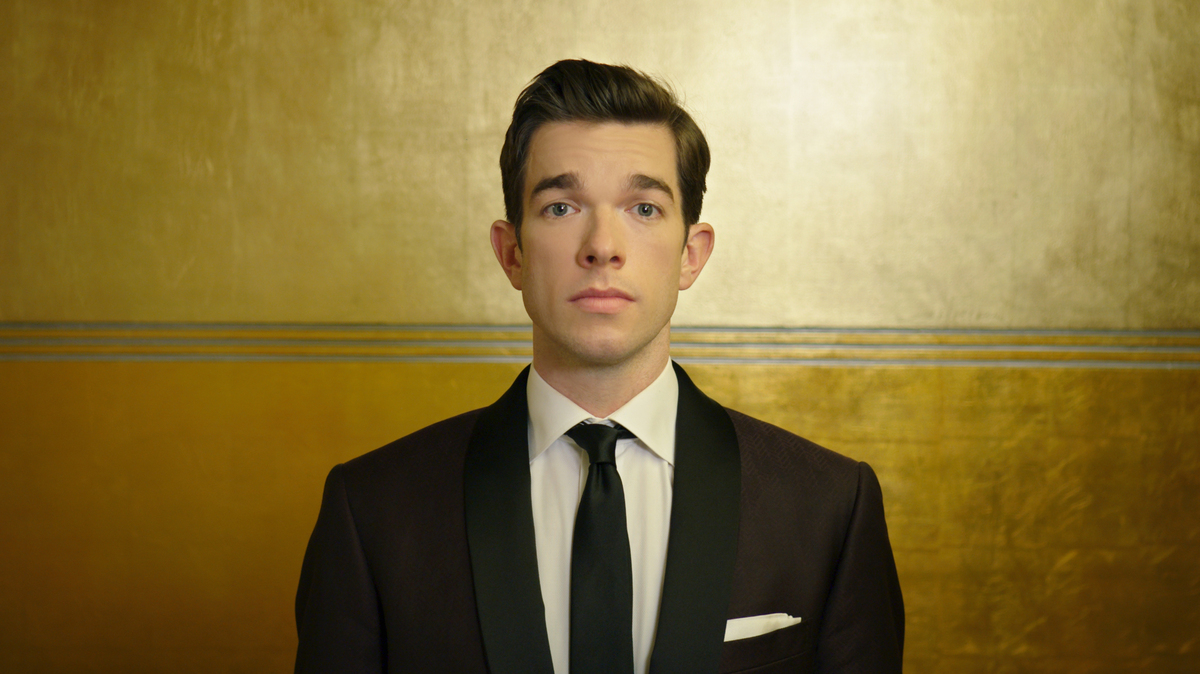 John Mulaney relayed stories from his childhood and his time at SNL in his 2018 Netflix comedy special Kid Gorgeous.

After working for five years as a writer and producer on Saturday Night Live, comic John Mulaney thought he knew everything there was to know about the show.

Though Mulaney left SNL in 2012 to pursue other comedic projects, he returned in 2018 and again in 2019 — this time as show host. That's when he learned that stepping in front of the camera at SNL is a whole different experience from working behind the scenes.

"I was absolutely terrified," Mulaney says. "To be performing something you've written and trying to listen to the jokes while making sure you're on your mark and looking into the right camera and then being pulled around to do costume fittings — it was scary."

Mulaney had previously written for SNL cast members Andy Samberg, Fred Armisen and Bill Hader — and he called them with a confession: "I said, 'I just want you to know, I never said this before, but I always thought we [writers] had the harder job, and I'm so sorry. I had no idea how hard this was.' "

Mulaney is an actor, with Nick Kroll, on Big Mouth, an animated Netflix series about adolescence and puberty. He recently completed a comedy tour with SNL cast member Pete Davidson. In 2018, he won an Emmy for writing for his comedy special Kid Gorgeous, which was recorded live at Radio City Music Hall.

On finding out he was hired at SNL

I was at dinner with my mom and I saw [the call] was a 212 number, and so I said, "Mom, I'm sorry. I'm going to take this outside." And it was Seth Meyers, and he said, "We want to hire you as a writer." And I was speechless, and he said, "I just want to make sure I'm clear that this would just be writing. You would not be in the cast." And I said, "Oh no, of course I would not be in the cast!"

But I believe I accepted on the spot, and I went back inside the restaurant and told my mom, and she's like, "You were 11 and you read an article about Conan O'Brien, and you said, 'I want to be a writer at The Harvard Lampoon, and then I want to be a writer on Saturday Night Live.' And you know, at the time, I was so excited, because I thought you were going to work harder to get into Harvard, but even though you didn't, now you're at Saturday Night Live!"

And the waitress came over right at that moment, and my mom said to her, "My son just got hired as a writer on Saturday Night Live." And she said, "That's how Conan O'Brien started!" So it was a little full circle.

On writing monologues for hosts

Bill Hader On Sketch Comedy, His Love Of Old Films

By doing the monologues, I didn't realize that you will get to spend time with the host in the most unique way, which is, in some cases, for people who haven't performed in front of a live audience, you're working with them on the thing they are the most terrified about. ...

It's not pure stand-up — often cast members join them or it's a song — but to them it's like, "I'm supposed to stand onstage alone on a comedy show and deliver a very funny speech?" And it's a very scary moment for people. And it was a very valuable and interesting and strange experience to be with many people who have excelled in many different fields and kind of working with them on the thing that was the most terrifying.

On growing up in a traditional Catholic family

I had parents that were strict sometimes, had high standards, but were incredibly loving, and I got very lucky. I joke about them a lot, but [from] 0 to 18, they instilled a lot of good stuff in all of us and also gave us kind of ... a strange, unique experience that I guess I personally have benefited from in that I write a lot about that time, and looking back on some of those memories, they are just to me extremely funny and to others very odd. We were kind of like a family in the '50s and it was the 1990s, and so just being out of step a little, even if I found it suffocating sometimes back then, it really has paid off in retrospect.

On the sex education he got in Catholic grammar school

We had sex education much more so than you might think at a Catholic school ... It was not a formal abstinence-only program and yet it was. We would go to a place — a health center — that was outside of school, and we would have these lectures starting at about age 11 about how if you have sex, you will definitely get pregnant. I was told that condoms, I believe the term they used was "sweat," that they are "porous," and they don't work, which is not true. ...

Then we were scared about what would happen if we had a baby. I remember a woman at this health center said to my friend, she said, "Stand up!" She said, "How much money do you have in your pockets?" And he had like two dollars, because he was 12, which is pretty impressive actually. And she said, "How are you going to raise a baby on two dollars? How are you going to buy diapers on two dollars?" I remember thinking at the time like, "Well, he wouldn't just use what's in his pockets. And also I assume some adult might kick in a little."

Here was [what] we were taught: You will get pregnant definitely if you have sex. Getting pregnant means that you will then have a baby. You cannot take care of a baby; ergo never have sex. That was basically it. Now we were anatomically informed about the changes in our body and puberty, but when it got to actually what to do with all those anatomical parts, I would say the message was: Do nothing.

On singing in the Bodega Bathroom sketch on SNL

You can hear [in the sketch] both the pathetic midrange of my voice in that moment, but I believe you can also hear the absolute joy I have in being able to sing in a musical, even if it's for 15 seconds. I really wish I could sing. I cannot. My wife told me I was tone-deaf, and I thought I might be tone-deaf for a while, and then a friend of mine who is a trained opera singer ... said, "OK, sing any melody." And [I sang] the McDonald's theme, which is the first melody that came to me. And she said, "OK, you're not tone-deaf, because you can follow a melody." She said, "What you are is a terrible singer."

Lauren Krenzel and Seth Kelley produced and edited the audio of this interview. Bridget Bentz, Molly Seavy-Nesper and Beth Novey adapted it for the Web.