Accessibility links
Bump Stock Ban Takes Effect As Gun Rights Groups Ask Supreme Court For Delay Anyone selling or owning bump stocks could face up to 10 years in federal prison and a fine of $250,000. The devices are now classified as machine guns. 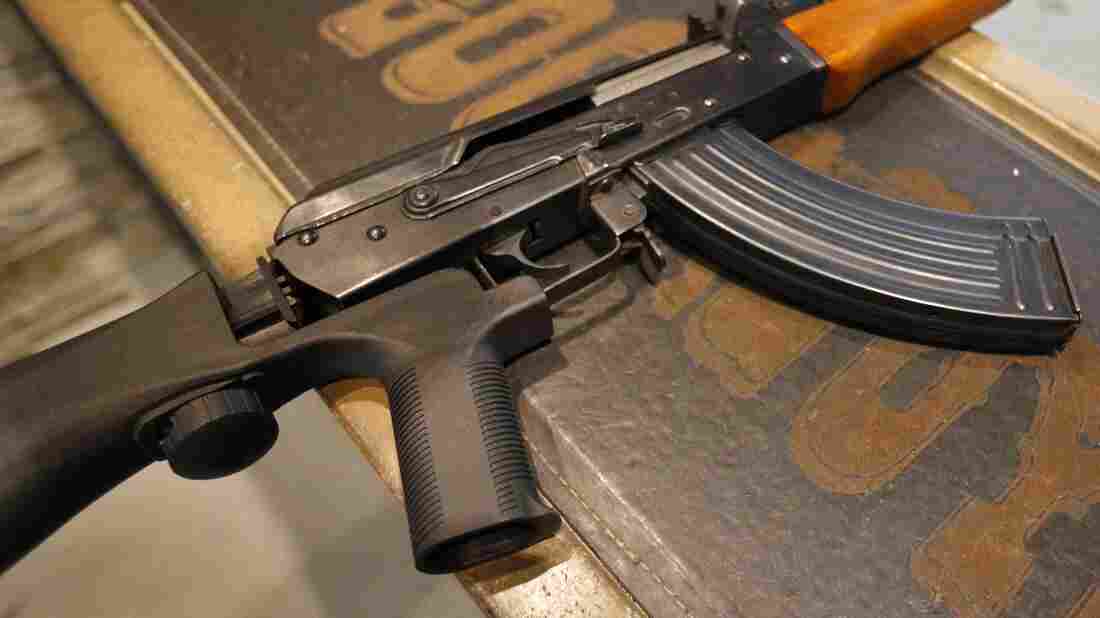 Bump stocks like this one installed on an AK-47 are now illegal in the U.S., after the Trump administration changed how they are legally defined. The devices can allow a semi-automatic rifle to fire nearly as fast as a machine gun. George Frey/Getty Images hide caption 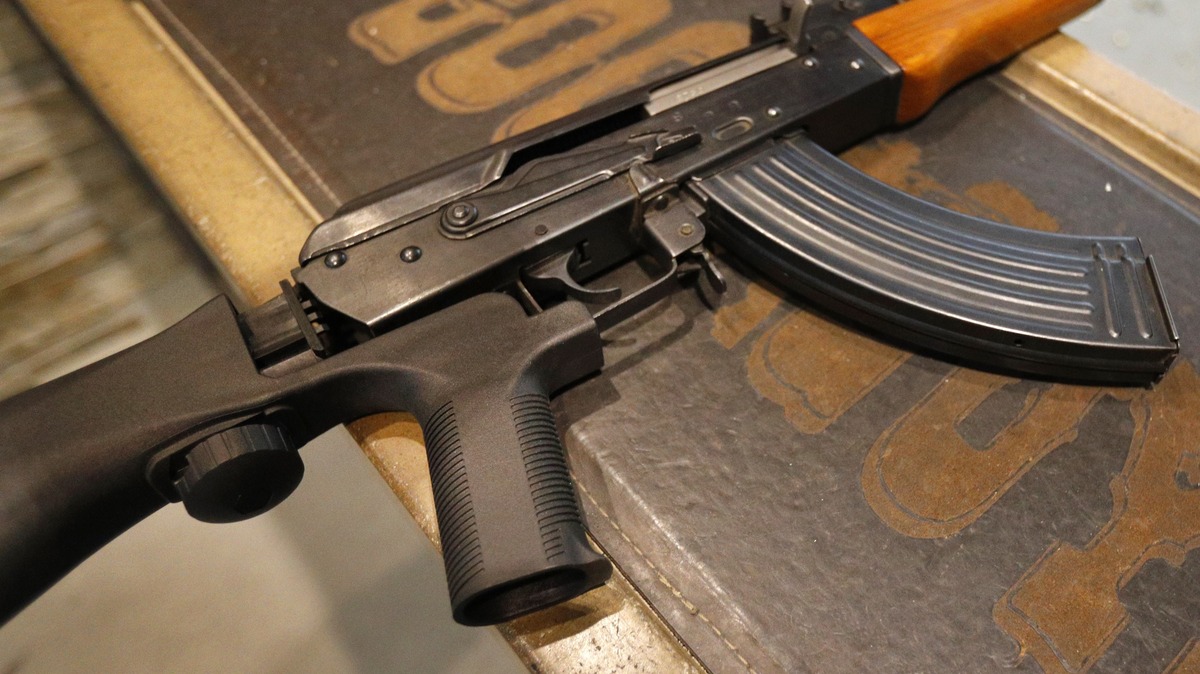 Bump stocks like this one installed on an AK-47 are now illegal in the U.S., after the Trump administration changed how they are legally defined. The devices can allow a semi-automatic rifle to fire nearly as fast as a machine gun.

Bump stocks — the gun add-ons that can dramatically increase their rate of fire — are now officially illegal in the U.S., after a Trump administration ban took effect Tuesday. Anyone selling or owning bump stocks could face up to 10 years in federal prison and a fine of $250,000 for each violation.

Chief Justice John Roberts declined to hear an appeal from gun makers on the new ban Tuesday, allowing it to remain in place. A separate appeal that seeks a stay on enforcing the ban is before Justice Sonia Sotomayor.

The ban requires any bump stocks to be destroyed or turned in to law enforcement authorities. The Bureau of Alcohol, Tobacco, Firearms and Explosives has even posted instructions and diagrams showing how to destroy one of the devices and satisfy the new ban.

"In fact, no bump stocks will be 'grandfathered in,'" as NPR's Martin Kaste reported last month. "The new federal rule reclassifies them all as 'machine guns,' no matter when they were purchased, and owning one will become a felony."

Bump stocks were found to have been used in the Las Vegas mass shooting attack of October 2017, when a lone gunman used weapons fitted with the attachment to kill 58 people at an outdoor concert.

RW Arms, a prominent bump stock retailer based in Fort Worth, Texas, says its entire remaining inventory of 60,000 bump stocks has now been turned over to the ATF's custody. The items will be "shredded and recycled under the supervision of ATF agents," the company said.

In the run-up to the total ban, RW Arms had rushed to sell as many bump stocks as it could, posting a countdown clock on its website to warn customers of the impending change. Its bump stocks were priced as low as $179; for many of them, the website now says they're out of stock.

The ATF isn't saying exactly how many bump stocks have been turned in so far — in large part because there are many ways for gun owners to comply with the law. But the agency's chief of public affairs, April Langwell, says bump stock owners have turned the accessories in at ATF field offices "all across the country."

The Justice Department banned bump stocks — also known as slide fires -- last December, redefining them as machine guns. President Trump had ordered the agency to review the devices' status. Some gun owners have fought the ban.

"We still feel that the regulation is a factual misreading of the statute, and that ultimately we will be vindicated on it," Gun Owners of America legislative counsel Michael Hammond told CNBC in an interview Tuesday.

The federal ban takes effect more than a year after the earliest such bans were approved in the U.S.

In late 2017, Columbia, S.C., became one of the first U.S. cities to enact a ban on using the devices. That restriction came two months after the Las Vegas attack.