Accessibility links
Every Note Rings Clear On Molly Tuttle's 'When You're Ready' The singer, songwriter and virtuoso guitarist shapes tuneful introspection around her remarkable flatpicking abilities on the guitar.

Every Note Rings Clear On Molly Tuttle's 'When You're Ready'

Every Note Rings Clear On Molly Tuttle's 'When You're Ready' 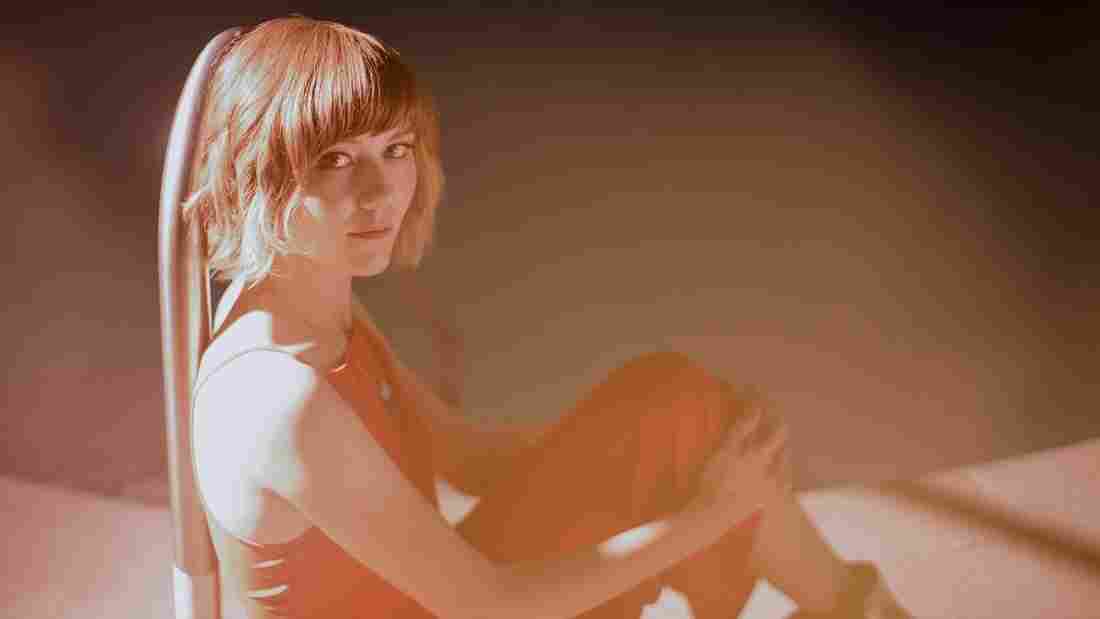 Molly Tuttle's When You're Ready comes out April 5 via Compass Records. Alysse Gafkjen/Courtesy of the artist hide caption 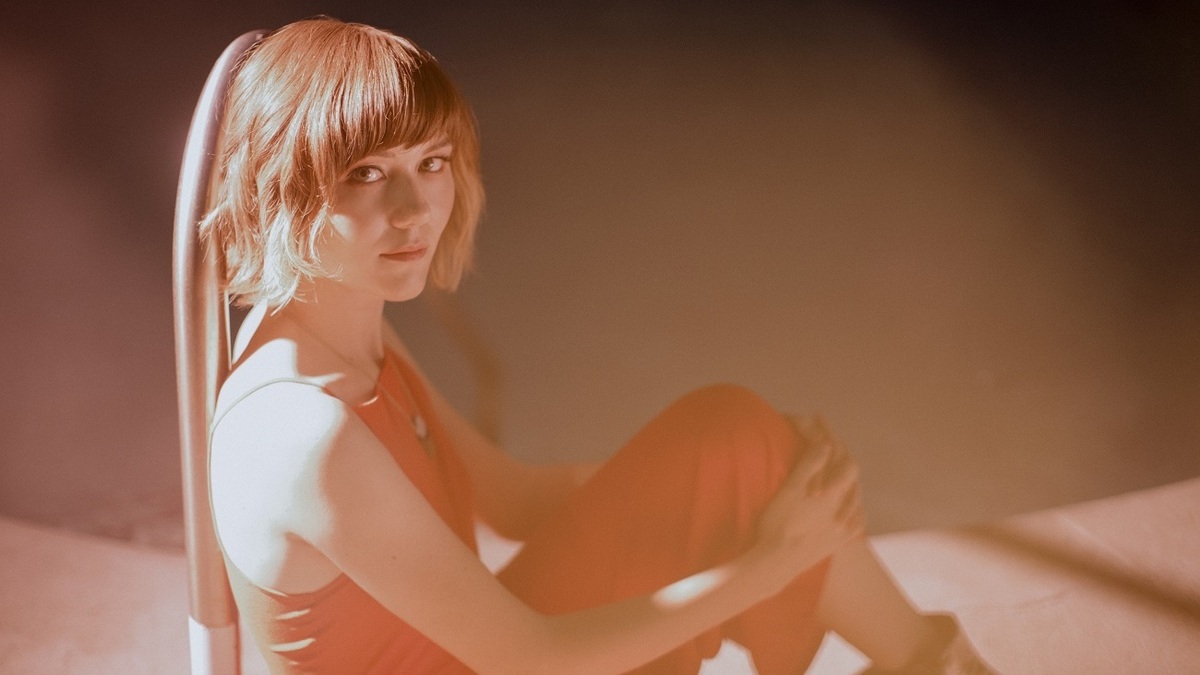 Molly Tuttle's When You're Ready comes out April 5 via Compass Records.

By now, we've come to accept that the primary guiding principle for many young music-makers of the YouTube, Soundcloud and Spotifycore generations is a format-less fluidity that casually blurs the distinctness of origins and sources. Often, that comfort with vagaries is reflected in styles of expression — in murmured or mumbled vocals and murky soundscapes. So it's a bracing thing to hear 25-year-old artist Molly Tuttle execute such articulate blending on her proper debut album, When You're Ready.

For someone with her serenely disciplined, inquisitive intellect, it probably worked to Tuttle's advantage that she was schooled from a young age, as many bluegrass prodigies are, in family-band, fiddle-camp and communal-jam environments, receiving one-on-one instruction from her Bay Area music-teacher father. Tuttle was encouraged to pore over the sophisticated techniques of flatpicking legends Clarence White, Doc Watson and Tony Rice, and also grew fascinated with the riveting, spindly lead lines that David Rawlings has played in his old-timey singer-songwriter duo with Gillian Welch. A few years at Berklee College of Music further expanded Tuttle's horizons with extensive studies of theory and contemporary songwriting, as well as encounters with other virtuosic, broad-minded young musicians. In Nashville, she wound her way through bluegrass, progressive acoustic, singer-songwriter, Americana and folk-pop circles, picking up collaborators and recognition in each. 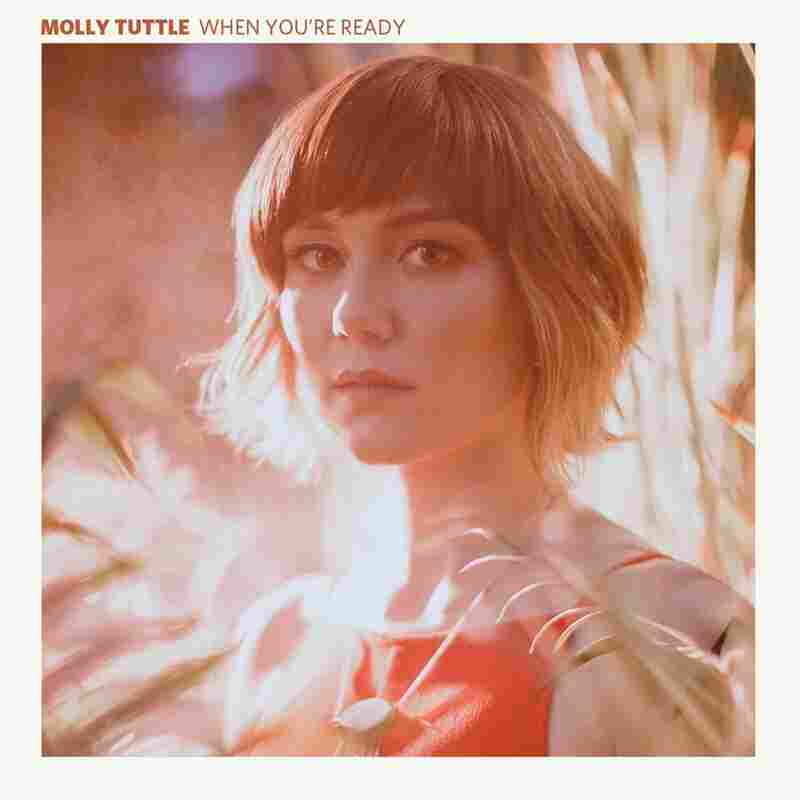 A number of other accomplished female writer-instrumentalists with expansive sensibilities emerged just a few years ahead of her — among them Abigail Washburn, Sierra Hull, Aoife O'Donovan, Sarah Jarosz and Sara Watkins, the last three collectively known as I'm With Her. But Tuttle has had to flesh out for herself what it looks like to do the thing that she alone does: shaping tuneful introspection around her flatpicking abilities on the guitar, a lead instrument that's still strongly male-identified. (She was the first woman to even be nominated as the International Bluegrass Music Association's Guitarist of the Year, and has won the category two years in a row.)

On When You're Ready, Tuttle applies remarkable precision to her pursuit of clarity. That's even a central theme of her lyrics: consciously reckoning with indecision or intuition, honestly acknowledging incompatibility, cultivating intimacy based on people seeing each other for who they are. With handsomely crafted melodies that gently insinuate themselves into the memory, she wrote some of the 11 songs alone and others in collaboration with kindred spirits like Sarah Siskind, Maya de Vitry and Kai Welch. (Tuttle's choice of producer, Ryan Hewitt, has worked on rootsy pop projects by The Lumineers and The Avett Brothers, and her cast of guest pickers and vocalists includes Hull, Jason Isbell, Billy Strings, Nat Smith and Butterfly Boucher, all of whom speak to the flexibility she's cultivating.)

There are moments when Tuttle bends ancient-sounding modal, Appalachian scales to her ideas, like during the slow-burning folk-rocker "Sit Back and Watch It Roll" and "Take the Journey," a tune percussively propelled by her innovative use of frailing banjo techniques on guitar. She's made her playing just as much a point of interest as her breathy singing. During the wistful "Make My Mind Up," she takes liberties with both her vocal and guitar phrasing, singing dreamy curlicues that give way to cascading, bluesy six-string runs. In "Sleepwalking," which features a cursive, atmospheric string arrangement, she exhales long, lilting lines over her crisp, rolling, arpeggiated guitar pattern.

Tuttle's quivering, staccato delivery of the winsome hook in "Don't Let Go" showcases her affinities for folk-pop. It wouldn't be a stretch to call "Light Came In (Power Went Out)" the album's power-pop track, thanks to her sly, sticky vocal syncopation over the simple, driving groove. Though she cedes the foreground to an electric guitarist for most of it, her precise acoustic notes burst through during an instrumental vamp, hurtling forward in a startlingly different rhythmic cadence. As with all of Tuttle's licks, every imaginative note rings clear.