Accessibility links
'Mrs. Wilson' Review: PBS Series Asks, How Well Do We Know The People We Love? Ruth Wilson stars in the PBS drama based on the story of her own grandmother, who discovered, after 22 years of marriage, that her spy-turned-author husband may have been married to someone else. 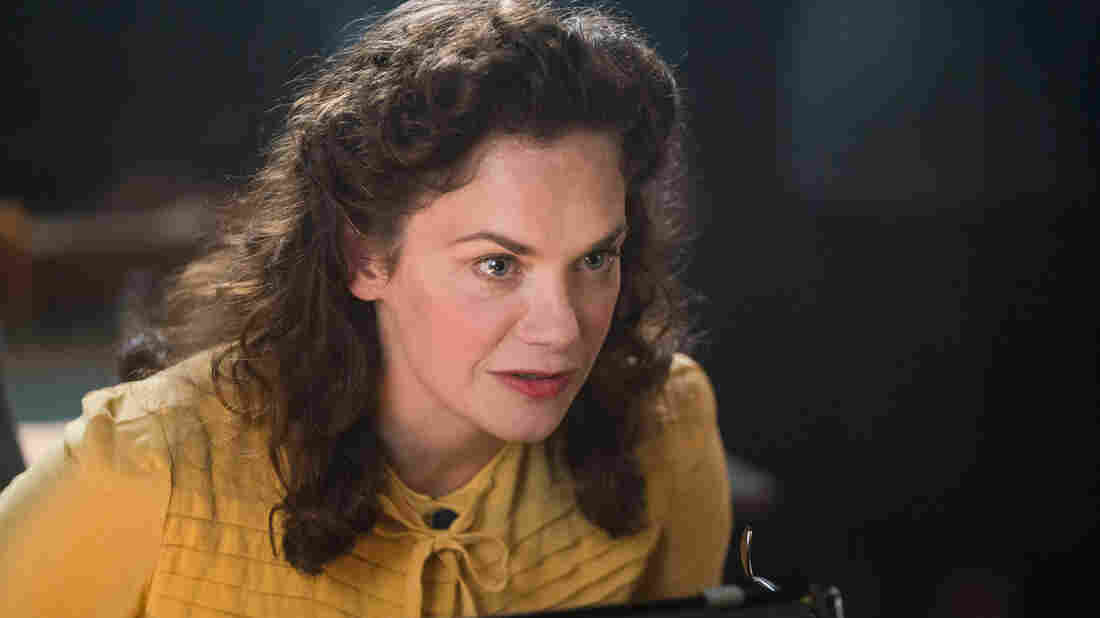 Ruth Wilson plays her own grandmother in Mrs. Wilson, a three-part series about a woman unraveling the secrets of her late husband. Steffan Hill/PBS hide caption 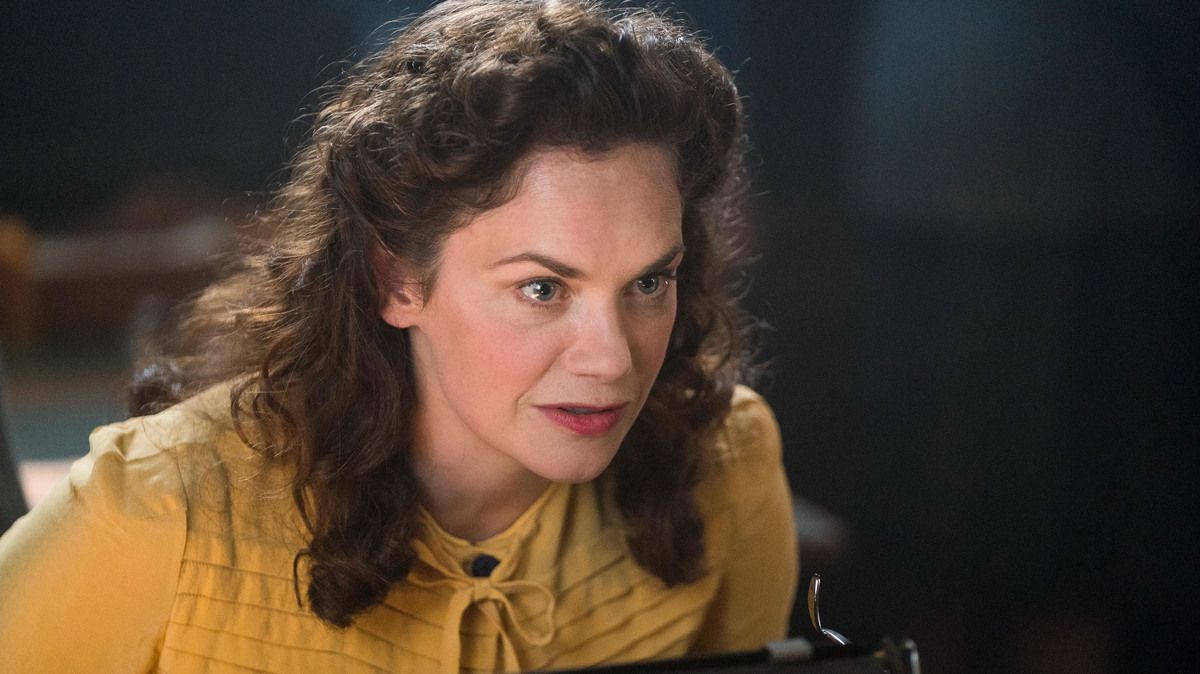 Ruth Wilson plays her own grandmother in Mrs. Wilson, a three-part series about a woman unraveling the secrets of her late husband.

It's a commonplace that we never really know other people, not even those we love. This idea gets pushed to the limit in Mrs. Wilson, a new three-part drama from PBS' Masterpiece starring the electric English actress Ruth Wilson, whom you may know from Luther and The Affair. Based on the bizarre true story of Wilson's grandparents, Mrs. Wilson is about a woman who discovers just how much she didn't know about her husband.

The story begins in 1963, when Alison Wilson (played by her granddaughter Ruth) has been married for 22 years to the older Alec, a novelist and ex-MI6 agent. He's played by Iain Glen, best known as the Khaleesi-adoring Jorah Mormont on Game of Thrones.

When Alec suddenly drops dead of a heart attack, the shocked Alison throws herself into consoling their two sons. But as she makes the funeral preparations, she gets an even bigger shock: A gray-haired woman turns up at the front door claiming to be a Mrs. Gladys Wilson — Alec's widow.

Alison tells her to beat it, but thunderstruck, she sets about disproving the woman's claims. That turns out to be harder than expected.

And so, as Alison digs deeper into Alec's life, the show itself cuts back and forth between her investigations and flashbacks to the couple's past — from their romance while working for British intelligence during World War II, through the ups and downs of their marital life. In the process, Alison discovers that, even by the slippery standards of a professional spy, Alec's identity was profoundly elusive.

Because the great pleasure of Mrs. Wilson is that we're as surprised as Alison by each new revelation, I'll simply say that the story keeps us guessing. Who's the mysterious woman (played by Bodyguard's sexy prime minister, Keeley Hawes) lurking at Alec's funeral? Can we trust the Indian intelligence officer (Anupam Kher) when he claims to have been Alec's handler back in the Raj? And given Alison's lack of religious belief, why does the silver-haired priest Father Timothy (Ian McElhinney) keep turning up?

Seeking the truth, Alison grows crazier and more desperate, a turn that plays right into Wilson's wheelhouse as an actress. With her large mouth and ferocious gaze, she was born for characters who revel in emotional extremes — like her freewheeling serial killer in Luther.

In fact, Wilson is so good that director Richard Laxton makes the mistake filmmakers once made with Meryl Streep: He lets his camera linger on her after she's already delivered the necessary emotion, trying to wring out extra drops of her gift.

This is one reason the whole show feels a few minutes too long, that enduring problem of today's TV. And that's not the only flaw. Like so many period series, Mrs. Wilson falls in love with its production design, which is too spot-on to be true. If Alison stops on a street, she's going to be standing by a poster emblematic of the year we're in.

Yet, despite such quibbles, Mrs. Wilson has such a strong and surprising story that I whooshed right through it toward its unexpected end. Even as Alison learns, or thinks she learns, about her husband's multifarious past — the Official Secrets Act prevents absolute confirmation — the show itself carries us in a direction I never would've dreamed of at the beginning.

Throughout the series, Alison is keen to believe that Alec truly was the good man she thought she knew. But her story has implications beyond her particular circumstances. In the end, Mrs. Wilson is about how we cope with the unknowability of other people and, by extension, the ultimate unknowability of life. Do we simply ignore such uncertainty, let ourselves be devoured by it, or do we — like Alison — search for some way to have faith?