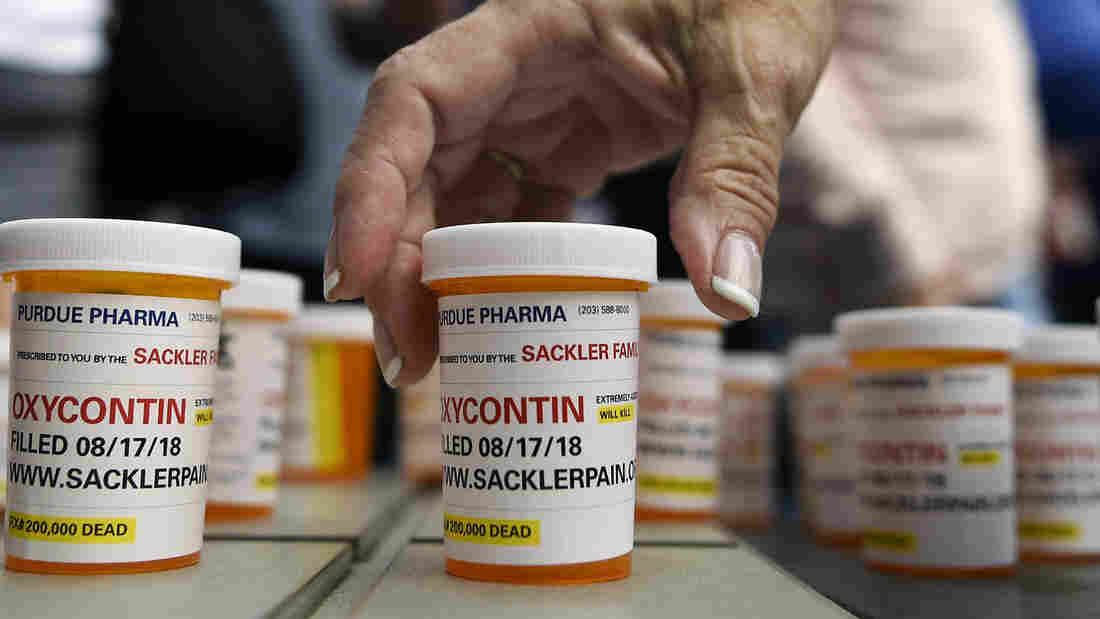 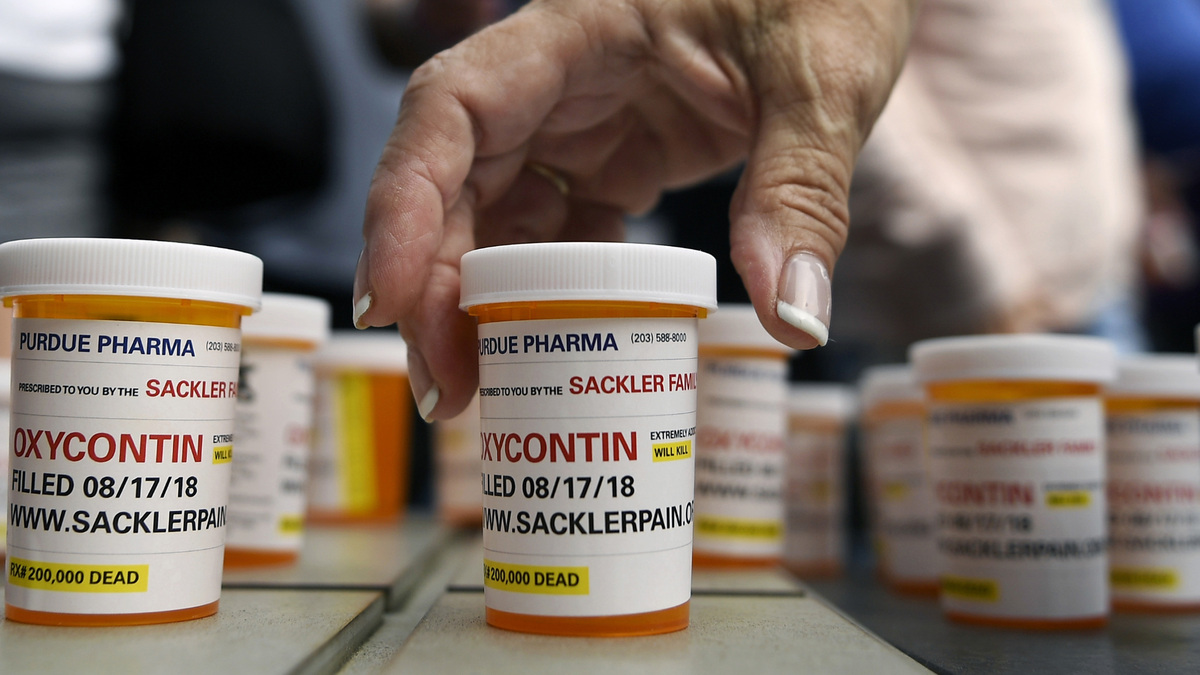 A civil suit filed Thursday accuses eight members of the family of personally contributing to the deadly opioid epidemic, which has killed more than 200,000 Americans over the last two decades, according to the Centers for Disease Control and Prevention.

At a press conference, James described the Sacklers as "masterminds" of an illegal scheme that "literally profited off of the suffering and death" of New Yorkers and others around the U.S.

"This lawsuit contains detailed allegations about the Sackler family and their attempt to hide the vast fortunes they collected at the expense of actual lives," she added.

State officials hope to force the Sacklers to forfeit some of that wealth — estimated as high as $13 billion, according to Forbes — to help pay the cost of curbing the addiction epidemic that still claims more than 130 lives every day.

In a statement sent to NPR, the Sackler family "strongly" denied the allegations and declared that they would fight them in court.

"Expanding this baseless lawsuit to include former directors of Purdue Pharma is a misguided attempt to place blame where it does not belong for a complex public health crisis," the statement read.

But New York's 251-page suit claims to offer new details of how the Sacklers serving on Purdue's board pushed year after year to boost the sale and consumption of their powerful opioid medications, reaping huge profits even as evidence mounted that the drugs posed a deadly risk.

State officials claim they then squeezed the company, funneling billions of dollars out of its coffers into a complex network of trusts, subsidiaries and private off-shore accounts.

"We allege that the family has illicitly transferred funds from Purdue to personal trusts, so that they are potentially outside the reach of law enforcement and our efforts to seek restitution," James said.

This suit is the latest indication of a profound reversal of fortune for the Sacklers, who once ranked among the wealthiest and most respected families in America. Known primarily as first-rank philanthropists, they supported institutions ranging from the Metropolitan Museum of Art in New York City to the Louvre in Paris.

In recent months, however, legal documents made public in Oklahoma, Massachusetts and now New York have focused unprecedented scrutiny on the Sacklers and their controversial business practices.

With Purdue executives now telling NPR that a bankruptcy filing is one of the options being considered, those attempting to sue Big Pharma over the opioid crisis have increasingly targeted the Sacklers' vast private holdings. A January court filing by the Massachusetts attorney general also singled out eight of the family's members who served on Purdue's board.

Just this week, the Sacklers agreed to donate $75 million of their personal wealth to help fund an opioid treatment and research facility in Oklahoma, as part of an agreement with that state's attorney general. In a statement, the family described the funds as a "voluntary" donation, while Oklahoma Attorney General Mike Hunter characterized it as the product of lengthy, combative negotiations.