Accessibility links
3 Women's Rights Activists Released From Saudi Arabian Prison Those who were freed were among activists who appeared in court on Wednesday. Several allege they've been subjected to sexual abuse and torture throughout their imprisonment. The trials are ongoing. 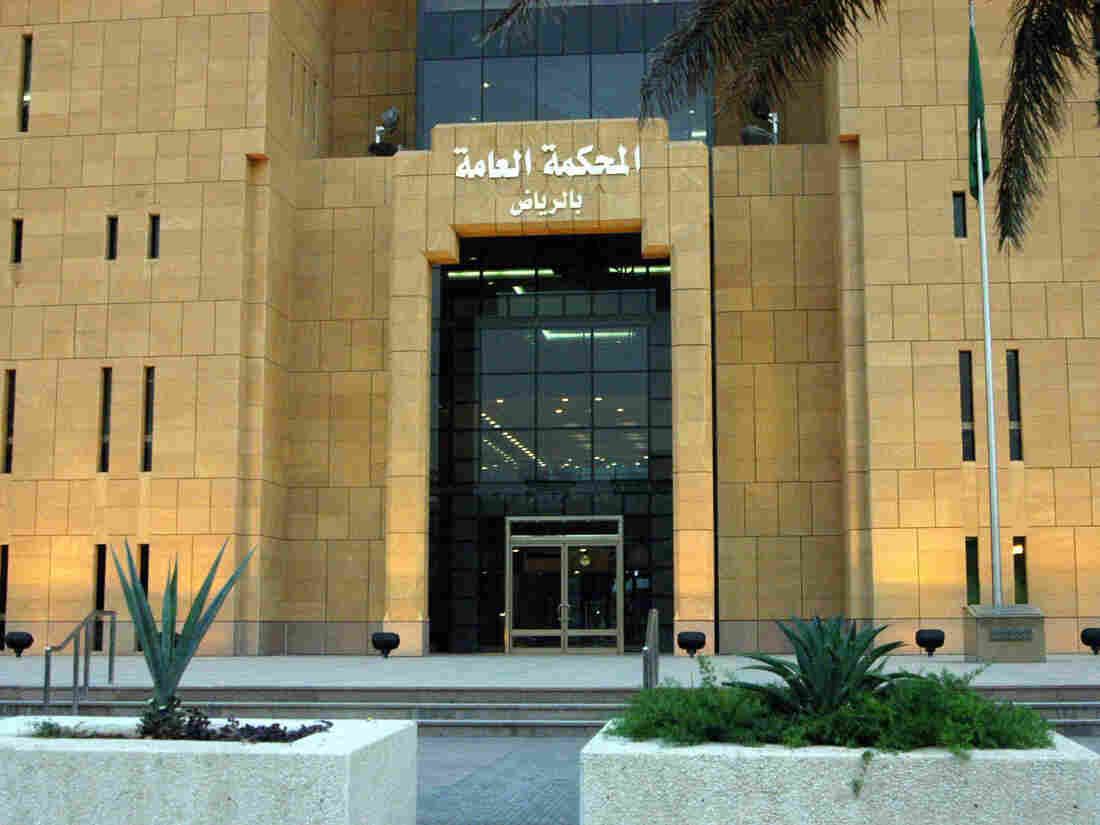 Three of the Saudi Arabian women released on Thursday appeared in court in Riyadh a day earlier. They have been detained since May and say they have been subjected to physical and sexual abuse. AFP/Getty Images hide caption 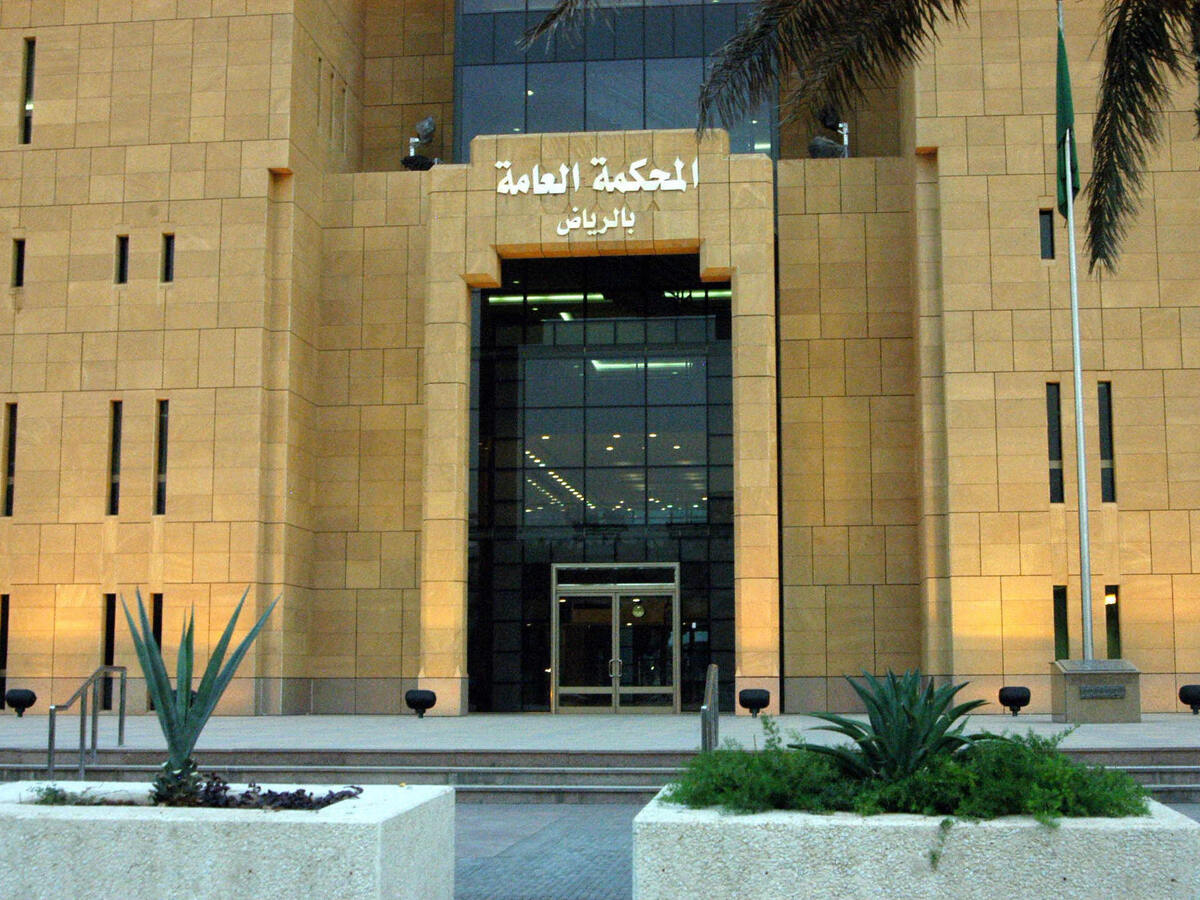 Three of the Saudi Arabian women released on Thursday appeared in court in Riyadh a day earlier. They have been detained since May and say they have been subjected to physical and sexual abuse.

Conditions of the women's release remain unknown and initial reports indicate it is temporary as their trials continue to move through the criminal court. According to Hala al Dosari, a Saudi author and activist, the families were told not to share information about the release.

Rokaya Mohareb, Aziza al-Yousef and Eman al-Nafjan were arrested and detained in May, a few weeks before Saudi Crown Prince Mohammed bin Salman lifted the driving ban on women. They were initially accused of having ties to foreign intelligence agencies and labeled traitors by state media.

Human rights group ALQST announced the women's release over Twitter, adding that authorities had issued "promises that the others will be released on Sunday 31 March."

Today, in the second session in the trial of the #Saudi female activists:
-their defence was received
-date of next hearing was scheduled (to be published later)
-journalists & diplomats were prevented from attending

Amnesty International's Middle East Director of Research Lynn Maalouf said the end of the "10-month ordeal" welcome news but urged the court to drop the "bogus charges" against the activists.

"This is a long overdue step as these women should never have been jailed in the first place and their release should certainly not be on a 'temporary' basis. They have been locked up, separated from their loved ones, subjected to torture and threats for simply peacefully calling for women's rights and expressing their views," Maloouf said in a statement.

"Amnesty International calls on the Saudi authorities to drop all the charges against them and the other women's human rights defenders, who all must be released immediately and unconditionally," she added.

The freed women are among 11 who appeared before a three-judge panel in Riyadh on Wednesday. It was the group's second session in court and they continued to lay out their defense. They also allege they have been subjected to sexual abuse and torture throughout their imprisonment, leading one woman to attempt suicide, according to details provided to The Associated Press.

Foreign media journalists and other independent observers are barred from the judicial proceedings.

Women testified that they had been subjected to caning, electrocution and waterboarding by masked male interrogators who did not identify themselves. "Some women say they were forcibly touched and groped, made to break their fast during the Muslim holy month of Ramadan, and threatened with rape and death," the AP said.

Saudi activist Loujain al-Hathloul, whose trial along with other women activists has drawn global outcry, was not among those released on Thursday.

Many of the women, including Yousef, Nafjan and Mohareb, are among the country's most prominent figures of women's advocacy. Leveraging their influence over social media, the women have fought to earn women the right to drive and pushed the crown prince to end male guardianship laws that severely limit women's freedoms. The laws require a man's consent or presence for women to obtain a passport, travel abroad, marry or undergo certain medical procedures.

International outrage over the arrests was immediate, especially given the timing of Salman's reversal of the driving ban weeks later.

The crown prince has repeatedly said he plans to open up the conservative country to more freedoms. But critics argue the crackdown on female activists that led to the current trial shows Salman is posturing without enacting real reforms.

Ali al-Ahmed, an exiled Saudi opposition leader and director of the Institute for Gulf Affairs, told NPR the release of the three activists "is a product of international pressure" after the arrests and the killing of journalist Jamal Khashoggi.

"It is the current spotlight on Saudi Arabia and [Salman] by the U.N. and international media, that is making the kingdom treat these women fairly," Ahmed said.

The intense scrutiny, Ahmed argued, makes it difficult for the court system to dismiss the women's claims of abuse, and is likely what led to their cases being moved from a terrorism court to a criminal court — a surprising decision made earlier this week.