Accessibility links
Stream The Best Albums Of March 2019 Billie Eilish lives up to the hype, Solange celebrates her hometown's musical lineage, plus eight more albums that you need to hear. 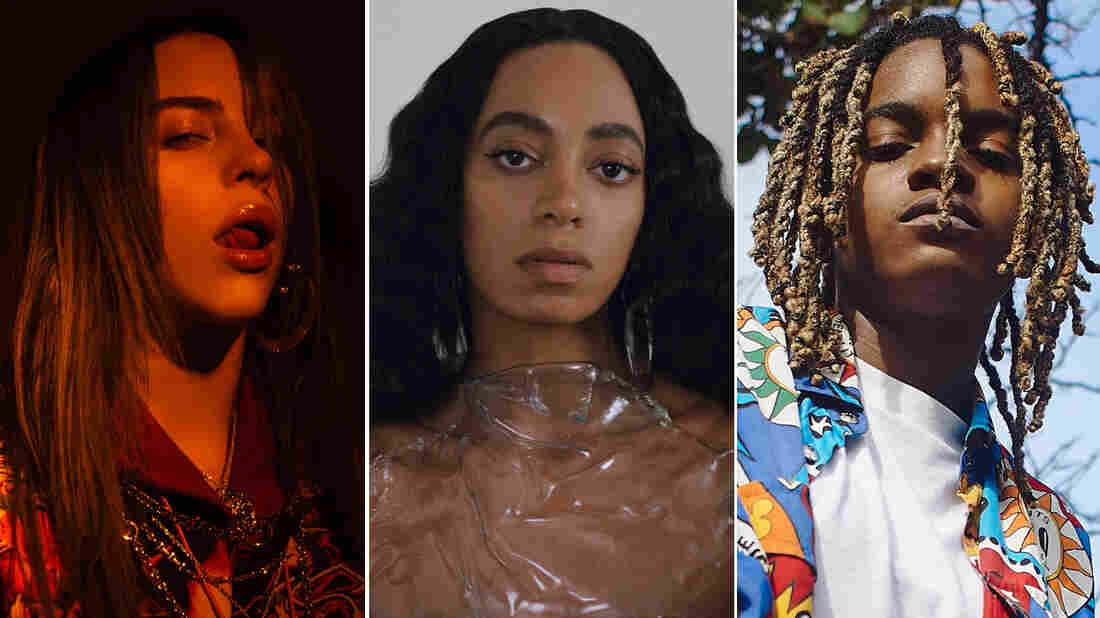 Billie Eilish, Solange and Koffee released some of the best full-lengths in March. Courtesy of the artists hide caption 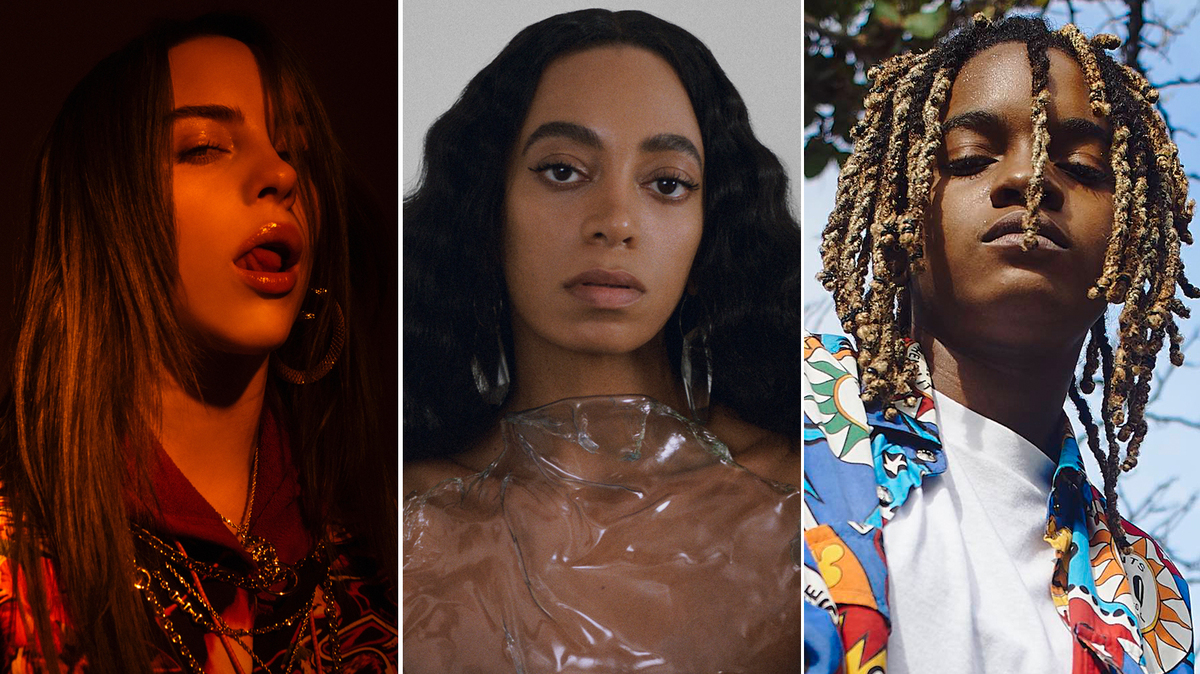 Billie Eilish, Solange and Koffee released some of the best full-lengths in March.

Youthful talent dominates our list of the month's essential albums. Billie Eilish's debut album is an eerily assured outing that splits the difference between industrial-infused pop and Spotify-core, Little Simz sharpens her promise as an MC on the transcendent GREY Area and Jamaican talent Koffee lays out the future of reggae in five songs.

But it wasn't all young guns. Jenny Lewis delivers what might be her best solo outing yet, a nuanced trek into love and loss through the music of Laurel Canyon and Nashville. Meanwhile, Yo-Yo Ma partnered with composer Esa-Pekka Salonen for a foray into the stratosphere, and rap veteran Quelle Chris wields his vocal weaponry to deconstruct our national fascination with guns.

Below you'll find an alphabetized list of NPR Music's top 10 albums for March 2019. Be sure to check out our top 20 songs from the month as well, which are also available in our Spotify playlist. 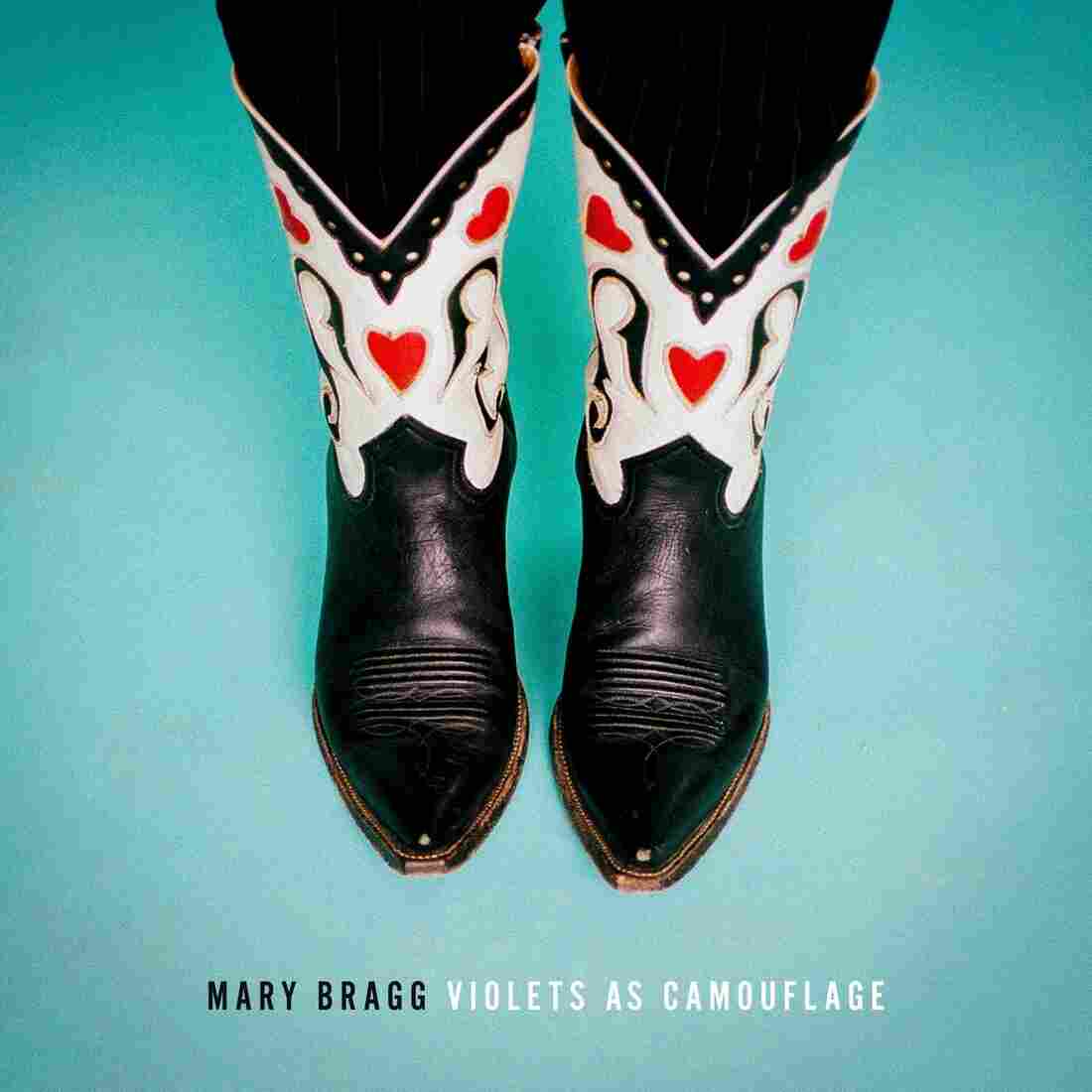 Country music taught us long ago that at some point, anyone with a heart will fall to pieces. On her fifth album, Nashville-based singer-songwriter Mary Bragg explores the little cracks that lead to that undone state, and compassionately argues that it's possible to reassemble yourself. Her clear, warm alto, reminiscent of Patsy Cline, was made for confidences, and these gorgeously crafted and executed songs touch the listener on a deep level, where insight occurs. —Ann Powers 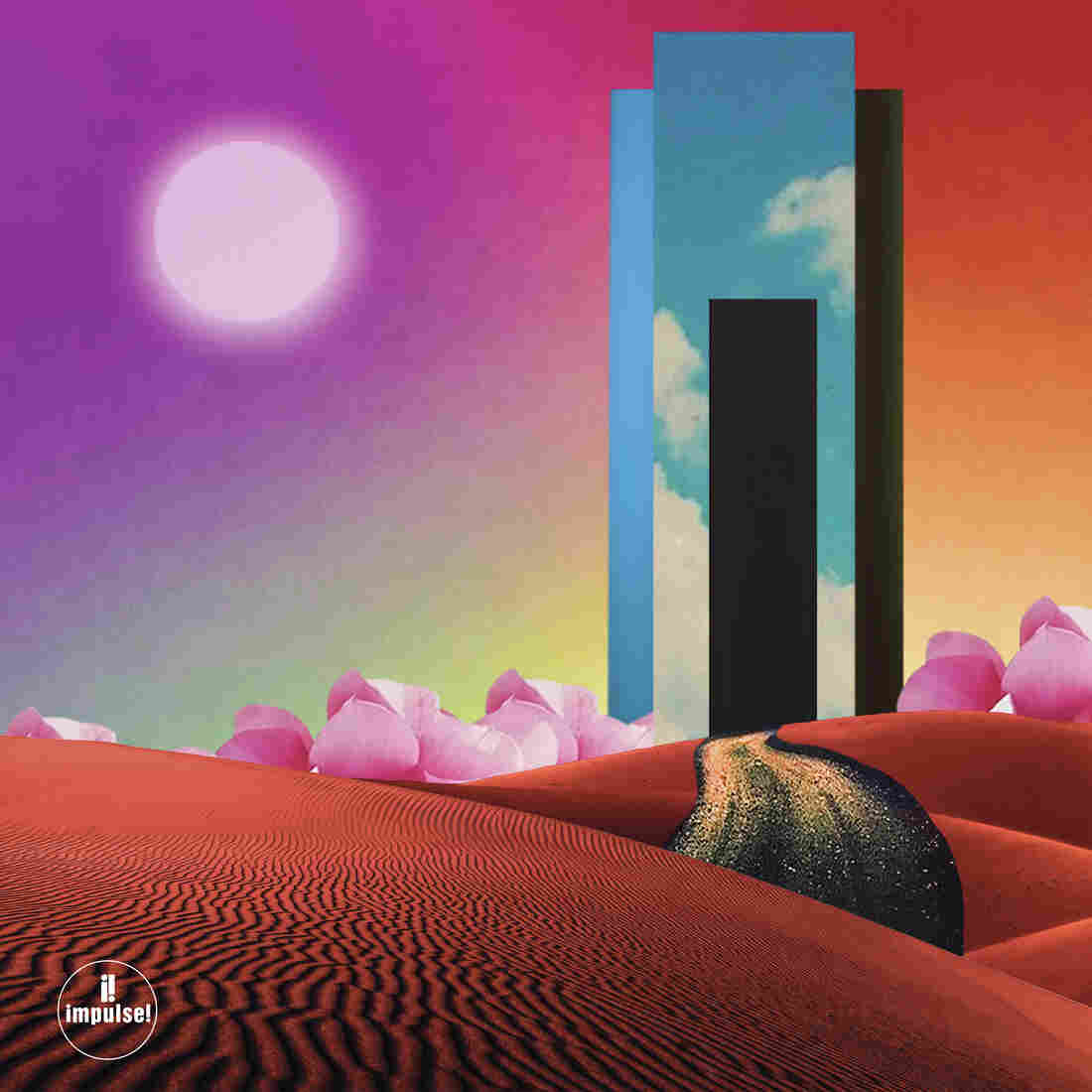 There's a good chance that an algorithm is going to suggest this album to some teenage music fans and it's going to change their world — the way they look at and listen to music — in the same way some late-night FM radio DJ turned us on to John Coltrane. That's not to say that this London trio of sax, electronics and drums is quite as visionary as Coltrane, but it is to say that King Shabaka (a.k.a. U.K. jazz chieftain Shabaka Hutchings), Danalogue and Betamax are such a perfect antidote to the branded and ego-filled themes that pervades popular music. It's a beautiful escape that feels so damn good. —Bob Boilen 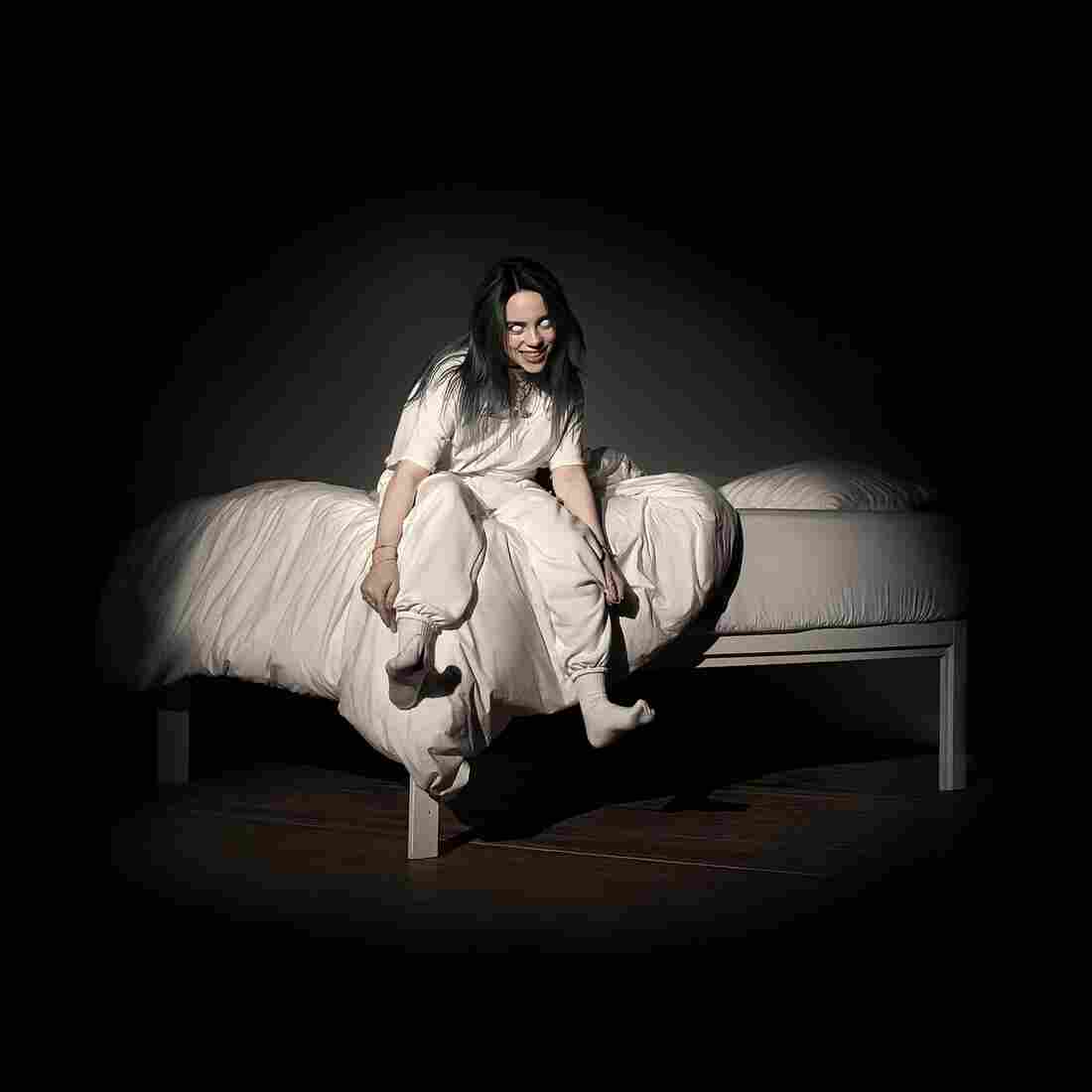 Billie Eilish
When We All Fall Asleep, Where Do We Go?

Billie Eilish begins her long-awaited debut album When We All Fall Asleep, Where Do We Go? with a snicker and a gag. She takes her Invisalign off in the booth, spittle and all, before announcing that her album's ready. This whole music thing, she seems to sneer? It's just something she does for kicks. Good thing she's just so adept at her singular brand of somber pop, flitting through a barrage of sonic adventures without so much as breaking a sweat.

Eilish brings her innocuous, haunted coo to seedy darkwave ("Bad Guy"), ukelele-fronted dream pop ("8"), soundbites taken from The Office ("My Strange Addiction"), spectral singer-songwriter fare ("Listen Before I Go") and cabaret rabble-rousing ("All The Good Girls Go To Hell"). All the while, the young prodigy calls to mind Fiona Apple, Nine Inch Nails and Chromatics, a form-shifting pop star tailor-made for these times. She's bending the new rules of Spotify-core — the same ones that vaulted her own rise from algorithm-curated playlist fixture to full-on supernova — to her will. Everyone else, as usual, just has to adjust. —Joshua Bote 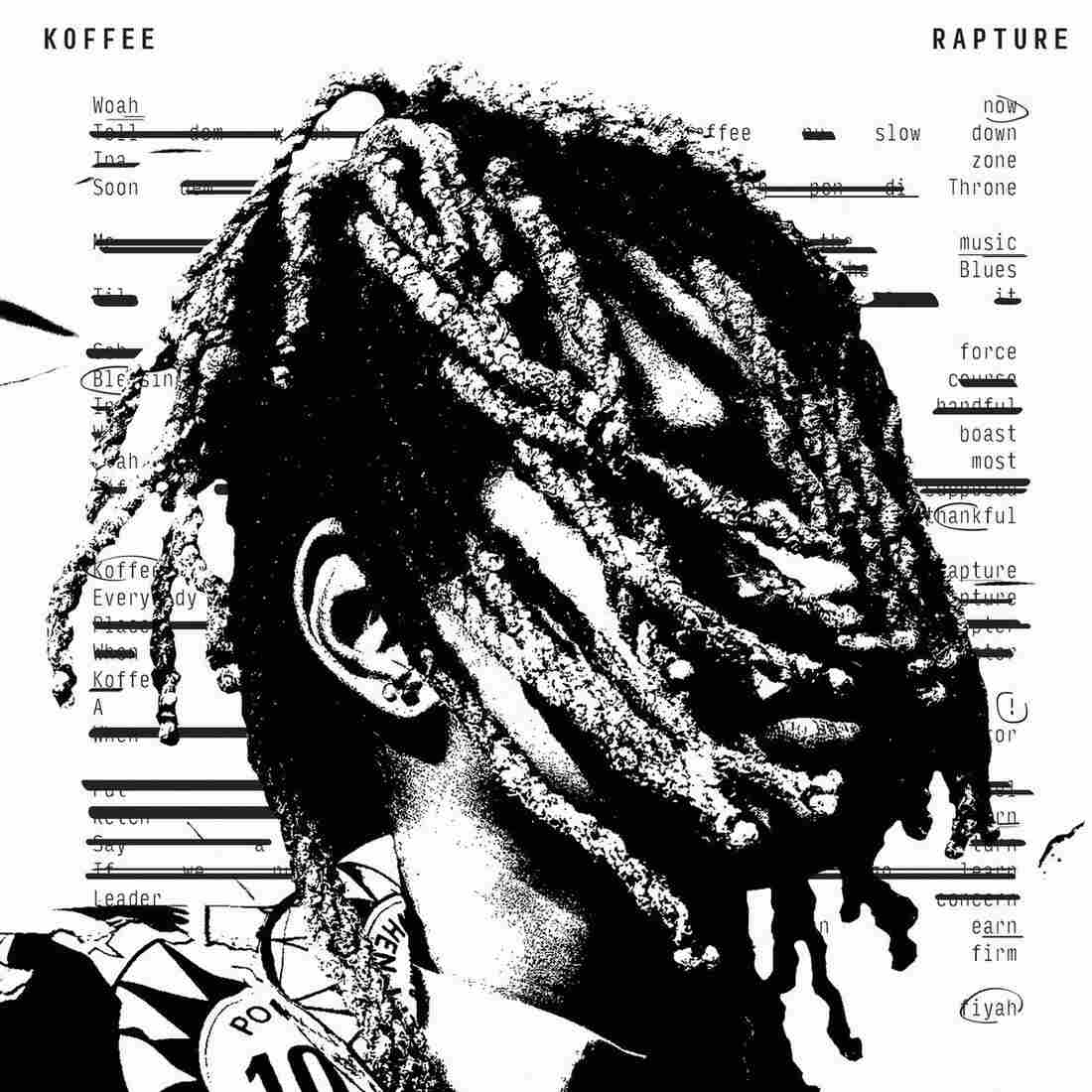 Like a shot of pure adrenaline, 19-year-old Koffee — a recent high school grad and native of Spanish Town, Jamaica — is making the most electrifying reggae in music right now. She is upholding traditional truths and riddims while infusing the music with newfound urgency. After months of slyly timed promotional singles, the young musician shared her cohesive debut project, the five-song EP Rapture. Clocking in at only 16 minutes, Rapture feels like a speedy motorbike trip through her hometown city streets. It's comfortable, inviting and aided by a warm breeze, but picks up the pace and doesn't shy away from dangerous swerves. Koffee offsets her conscious, wise-beyond-her-years delivery by peppering in millennial quips: "Me no waste time with the music / In yuh ears like any q-tip / Used to Facetime with the Blues / til Reggae bassline mek me lose it," she rhymes on "Throne." —Sidney Madden 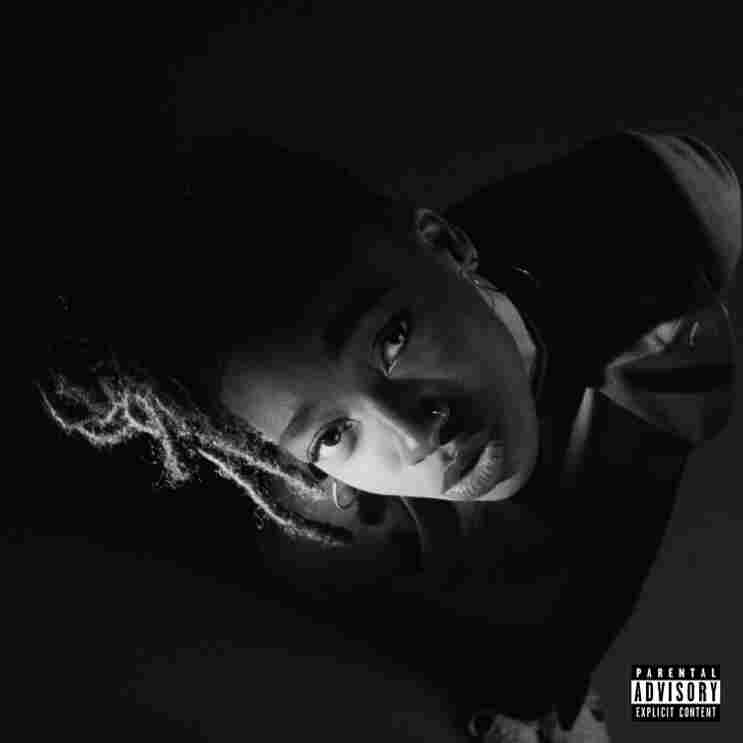 The women of hip-hop are commanding our complete attention in 2019. The spirit of golden-era greats like Lil Kim, Foxy Brown, Miss Lauryn Hill and Missy Elliott is alive and well through Nicki Minaj, Cardi B, Rapsody and Tierra Whack. But we didn't have a Little Simz back then. The U.K. rapper is piecing together something that could transcend her genre in ways we've never seen. The title of her new album, GREY Area, could be met with a little bit of irony. In terms of the music, there's little to no grey area at all. She gives us the brash and distorted ("Venom," "Boss" and "Offence") or the wonderfully subdued ("Selfish," "Flowers"). The lyrics and delivery are the constants throughout the album; she relentlessly snaps on 10 out of 10 tracks. —Bobby Carter 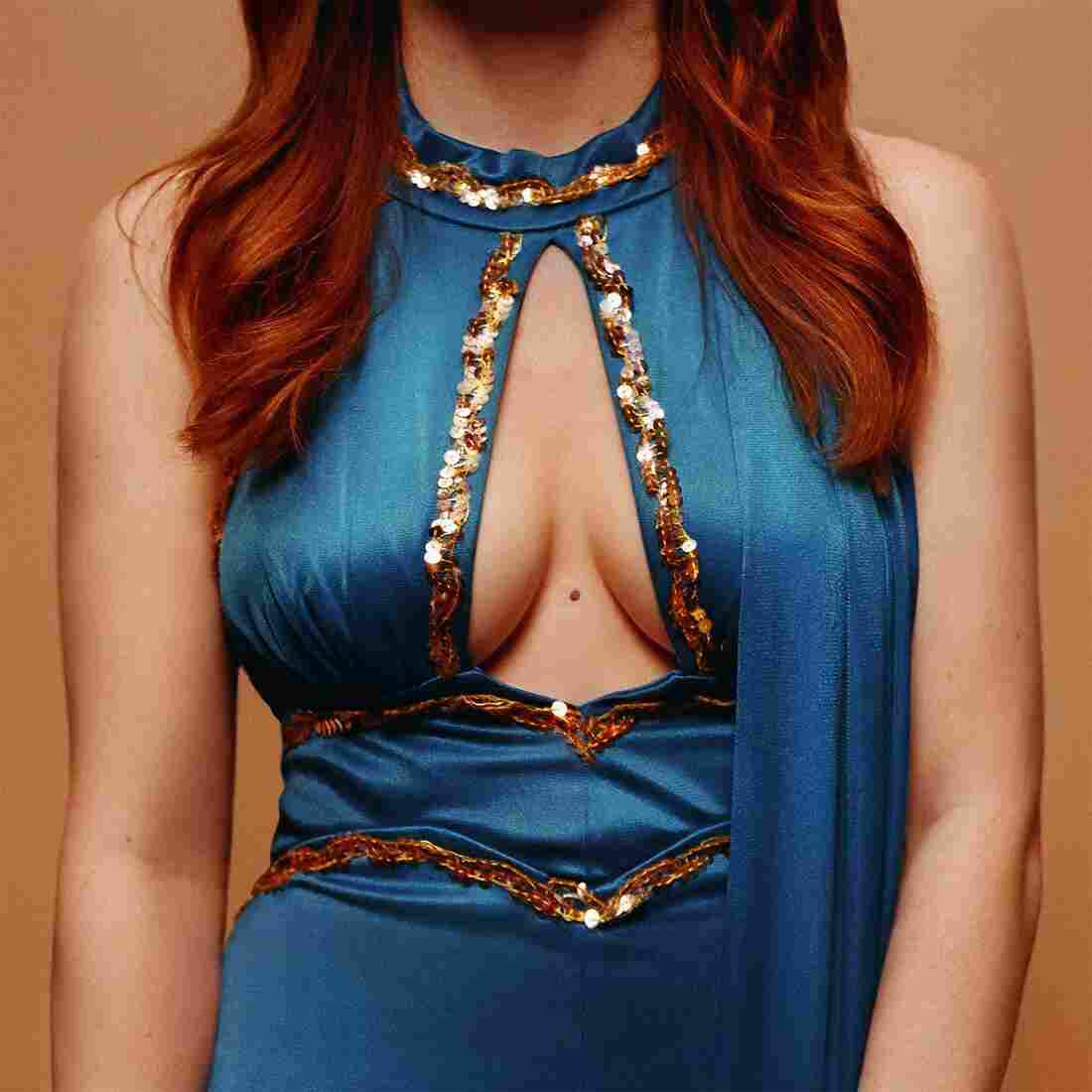 Jenny Lewis
On The Line

How many of us once got bangs because of Jenny Lewis? In an uncertain world, Lewis has served as an anchor for the devoted cohort that has followed her career, from her early indie royalty work in Rilo Kiley to Americana-inspired solo albums and her more recent technicolor pop-rock record, The Voyager. There's a feeling of familiarity throughout On The Line, a stunning collection that signals her stature – a singular artist with a rich, robust musical palette who's still inspiring contemporaries after all these years. —Lyndsey McKenna 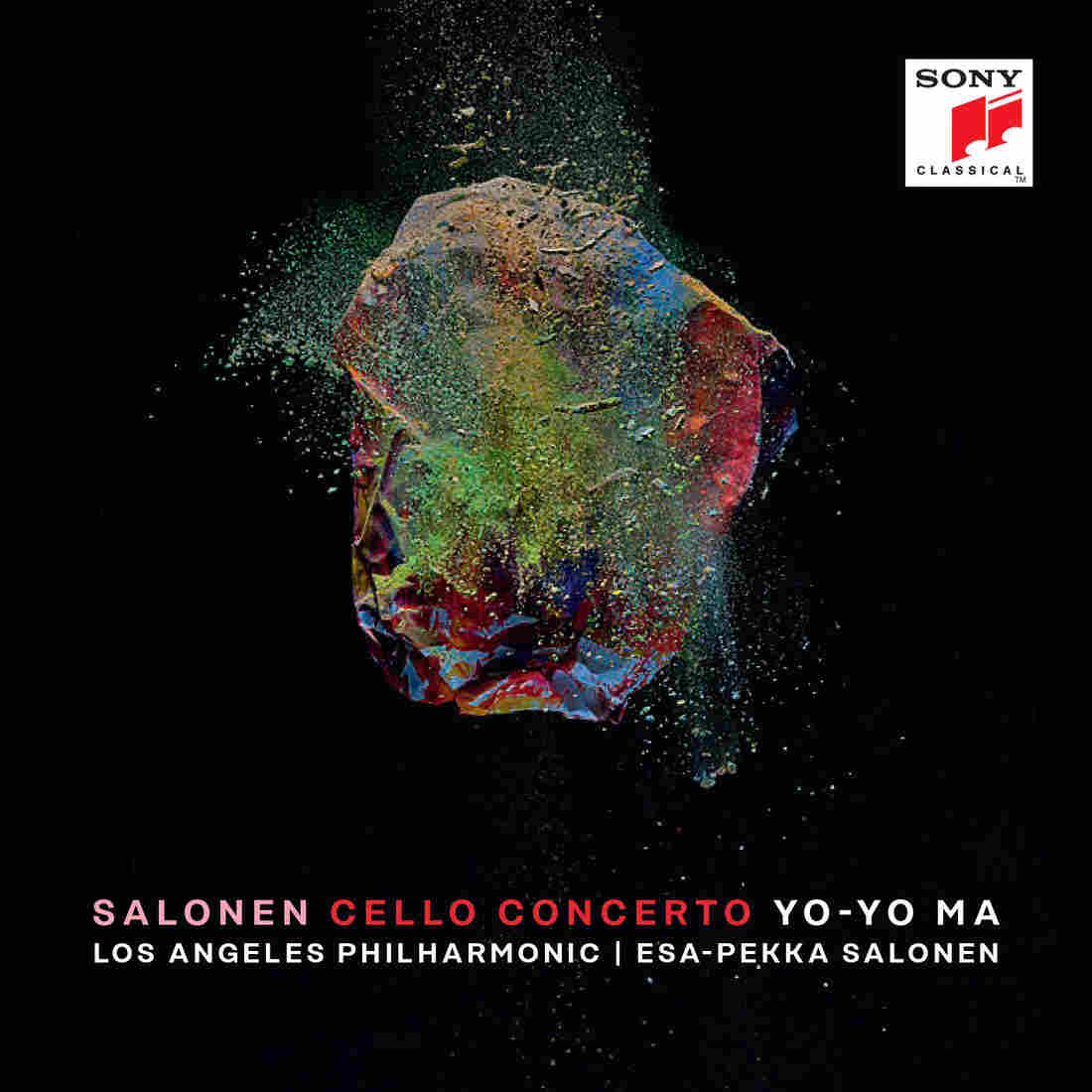 Martinis are delicious. They're also inspiring. It was after a few such post-concert cocktails that cellist Yo-Yo Ma and composer Esa-Pekka Salonen launched a plan resulting in Salonen's luminous Cello Concerto. Because the composer imagined Ma's cello as a comet's tail flashing through space, the orchestral textures range from diaphanous, fluttering winds to explosive clouds of brass and percussion. Slithery cello riffs get electronically looped and spit out like tails of asteroids crisscrossing a sky of dark strings. At the end, Salonen pushes Ma to a stratospheric high B-flat as the concerto spirals into the vast beyond. —Tom Huizenga 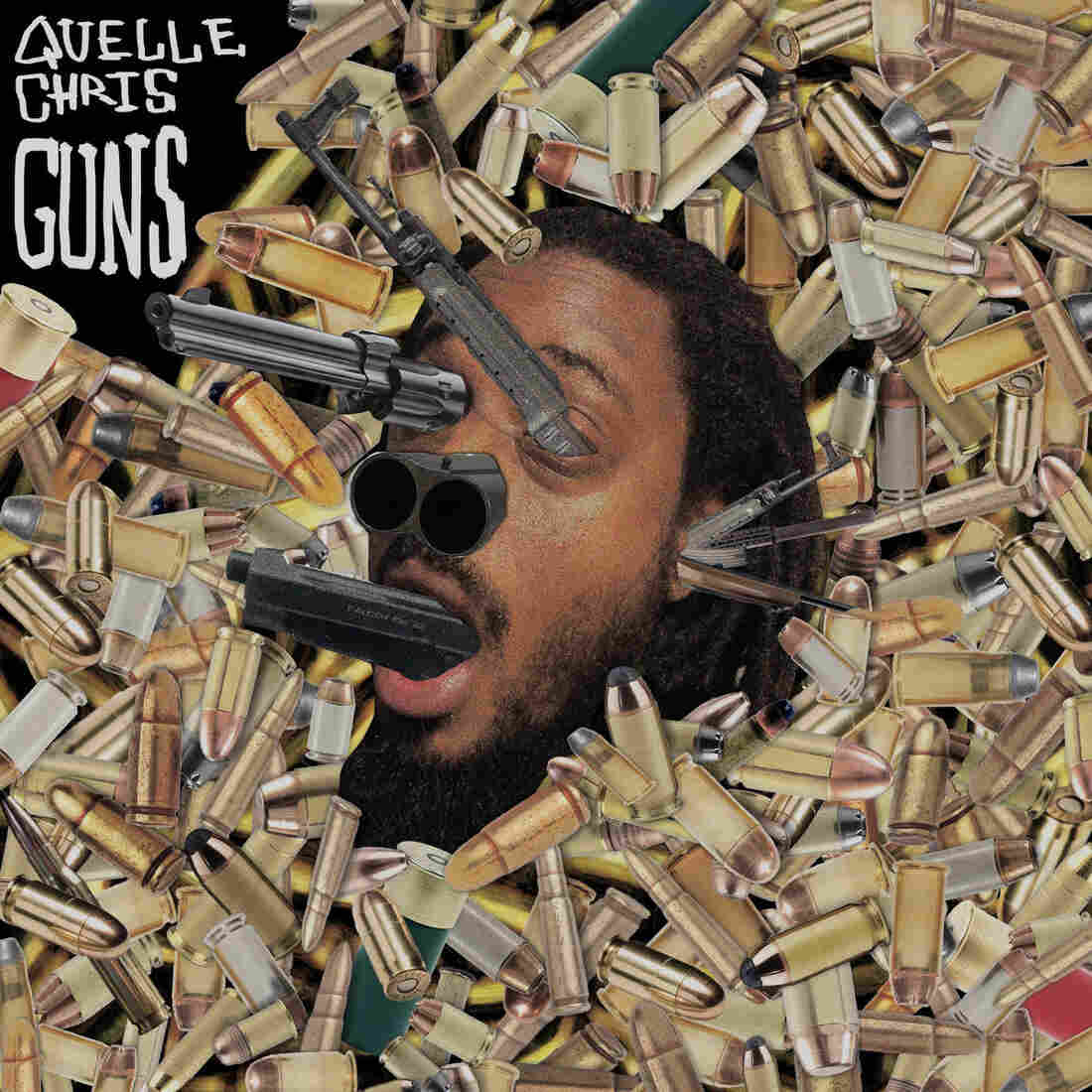 Quelle Chris doesn't play with Guns. On his seventh studio album, he squeezes all the triggers. "Love, religion, race," even "fear is more powerful than a gun," the Detroit-bred MC and producer says. His versatility is housed in his voice — his own weapon of sorts, wielded politically, satirically, sincerely — as he confronts and dissects the things we target while being targeted. Guns or no guns, Quelle shoots holes in all the arguments while showcasing his unmatched lyrical prowess. —Rodney Carmichael 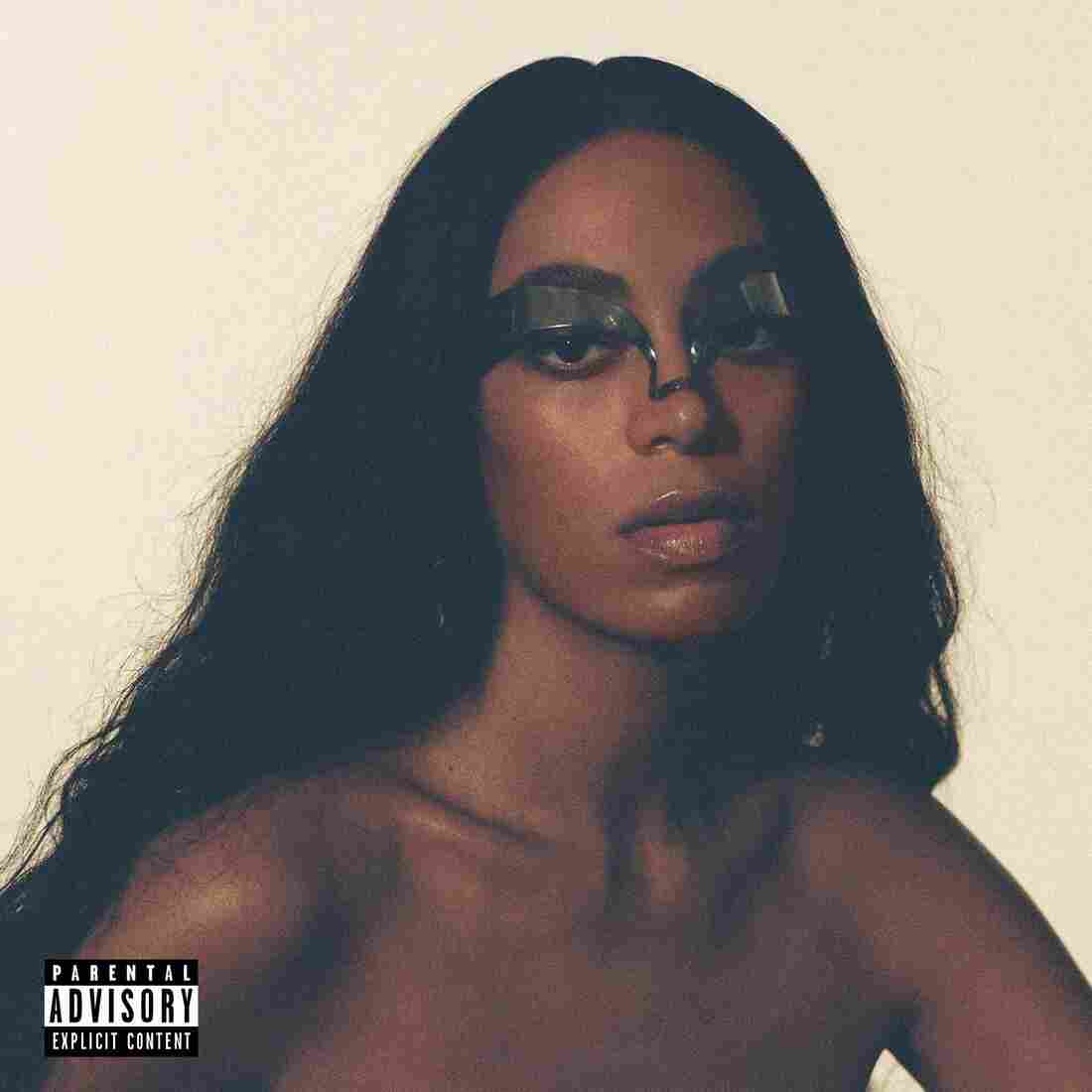 Solange, When I Get Home Columbia Records hide caption

Solange
When I Get Home

Somewhere between a DJ named Screw and Stevie Wonder's most mysterious album (The Secret Life Of Plants), Solange hones a new voice for herself on When I Get Home. The album reimagines heaven as a place called Houston, where black cowboys and candy-painted slabs stalk the same streets. Solange chops and screws her way inward, relying on vocal repetition and dragged-out, drugged-up BPMs to replicate the woozy feel of an authentic Screw tape while employing mumble raps and meditations in her native tongue. If A Seat At The Table was the album on which she addressed the world at large, When I Get Home is a self-addressed stamped envelope returned to the seat of her own soul. She's recreating her cosmology with this album; it's a new way to worship the God within. —Rodney Carmichael 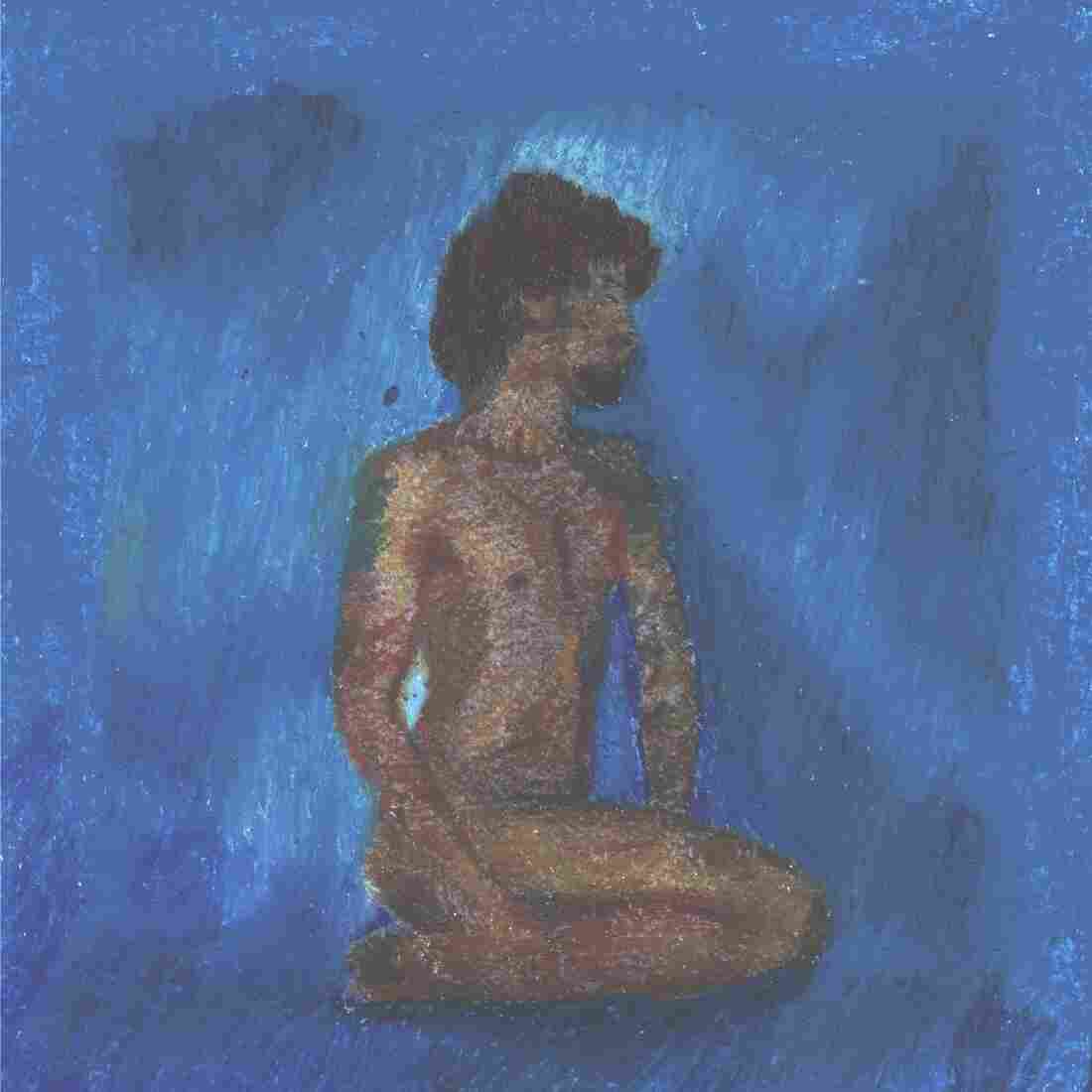 Yves Jarvis
The Same But By Different Means

Late-night albums don't get much better than this. Montreal folk noir artist Jean-Sebastian Audet — formerly Un Blonde, currently Yves Jarvis, tomorrow who knows — borrowed from gospel, R&B and outsider music to create an uncanny and wholly uncategorizable vibe on The Same But By Different Means. At times, the 22-year-old autodidact can sound like Stevie Wonder (if Stevie were performing in a library, that is), and at others he channels a subdued Captain Beefheart. Turns out, Audet has been doing this for a while: As a 14-year-old busker in 2010, he described his music as "just whatever I can come up with that sounds like something no one has ever heard before but that still won't be too weird." What a credo. What an album. —Otis Hart