Accessibility links
Listen To Marvin Gaye's Lost Album, 'You're The Man' In 1972, Gaye began work on a follow-up to his classic album, What's Going On. He laid down over a dozen new tracks, but the project stalled and most of the songs were not released until now. 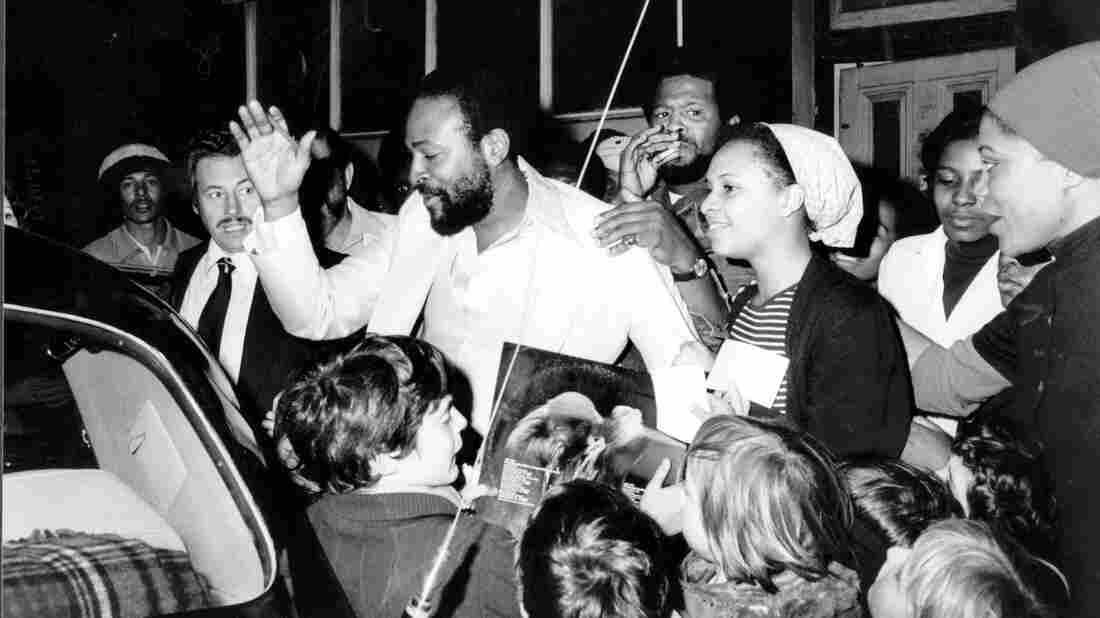 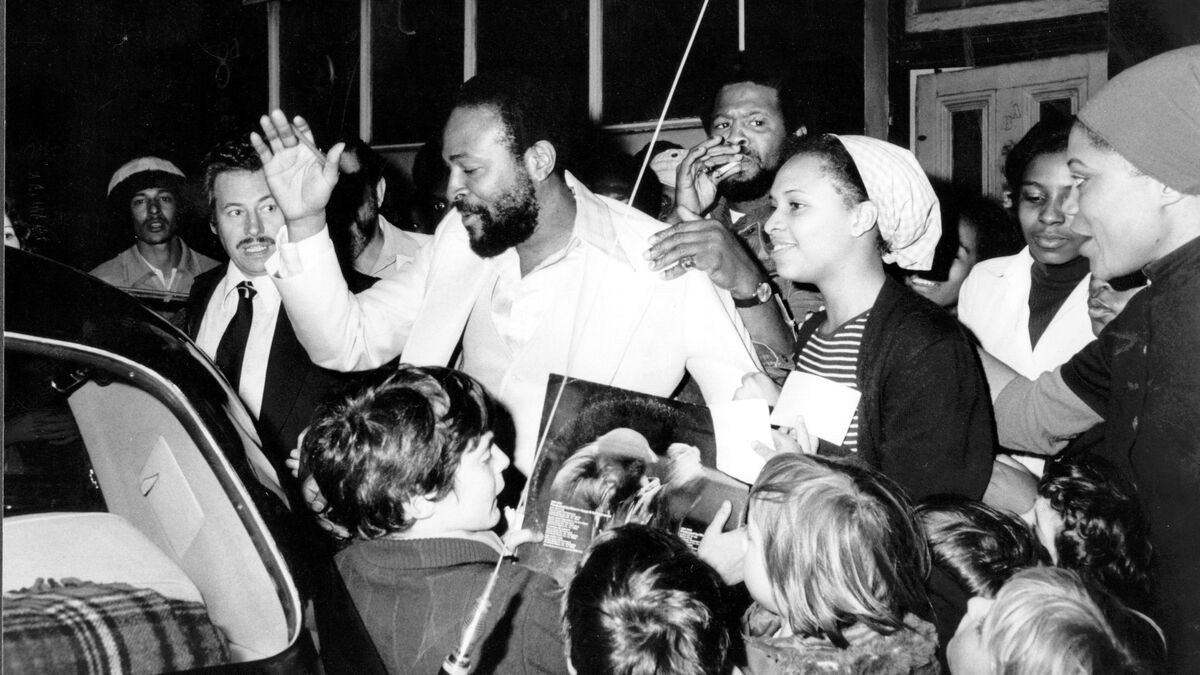 Marvin Gaye (and admirers) in London in the mid-1970s.

In 1972, Marvin Gaye began recording a follow-up to his megahit album, What's Going On. He eventually laid down over a dozen new tracks, but personal and professional conflicts derailed the project. Most of the songs were never released except as bonus material on later anthologies. Now they've been assembled into one album called You're the Man, out Friday.

How do you follow up a personal and cultural masterpiece, not to mention a chart-topper? Gaye's label, Motown, was eager to see the hits keep on coming — but success had given the artist newfound creative control, and he didn't want to generate a carbon copy of the album he had just put out. Instead, beginning in the spring of '72, he went into the studio with some new ideas in mind.

Gaye had produced and co-written What's Going On in its entirety, but for these new songs he sought out a flock of producers and arrangers, from such emergent talents as Willie Hutch, Gloria Jones and Fonce Mizzell to seasoned veterans like Hal Davis and Gene Page. What emerged was an eclectic mix of styles that included sweeping, socially conscious anthems.

The songs on You're the Man may never have been meant to form into a cohesive album: They were a set of ideas, gesturing toward different "what coulda beens." Despite compiling more than enough songs to fill an LP, Gaye, for reasons we may never really know, ultimately decided to send most of them down to the vault. By year's end he had shifted his attention to a duet album with Diana Ross and to scoring the Trouble Man soundtrack.

Yet even if these are mostly a bunch of tunes trying to stick to the wall, the bulk of those songs stick really well. After all, you have Gaye, at peak form, pairing his indelible voice with some of the best soul production of the era. It may have taken 47 years to finally surface in a proper way, but You're the Man is still a powerful, resonant reminder of the greatness that was Marvin Gaye.