Accessibility links
Poll: Three-Quarters Want Full Mueller Report Made Public Fewer than one in five believe that the attorney general's four-page summary of special counsel Robert Mueller's report is enough. Half the country says it's satisfied with Mueller's investigation. 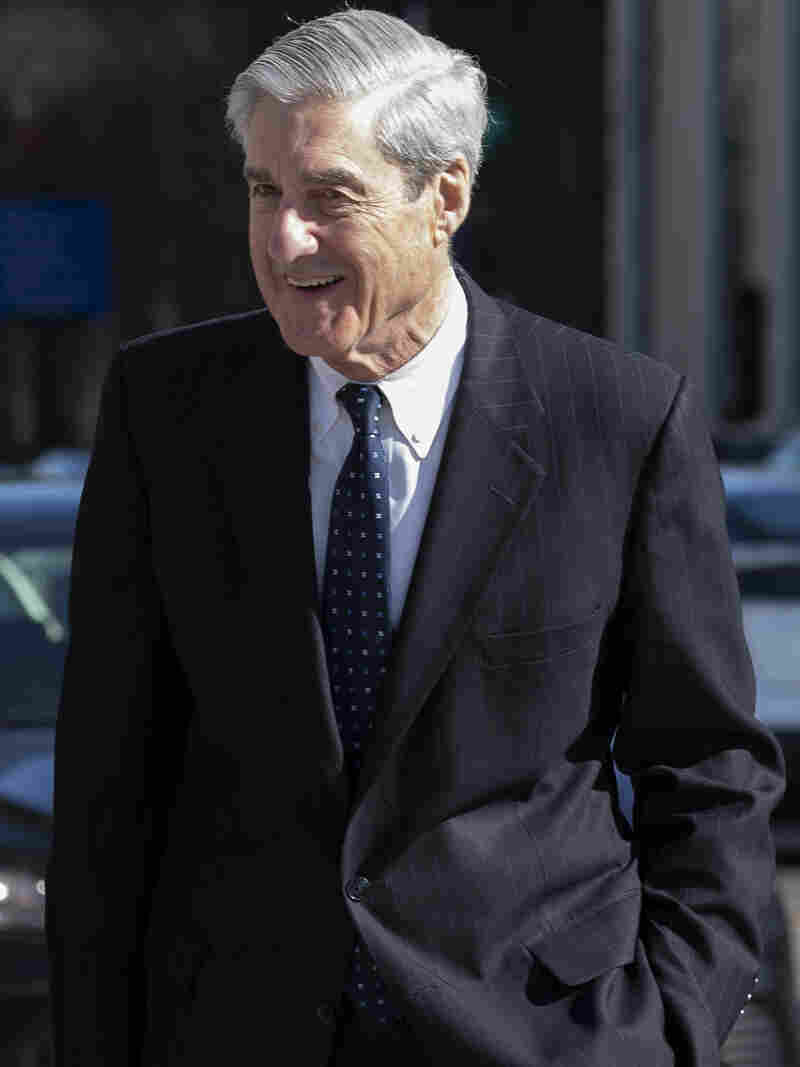 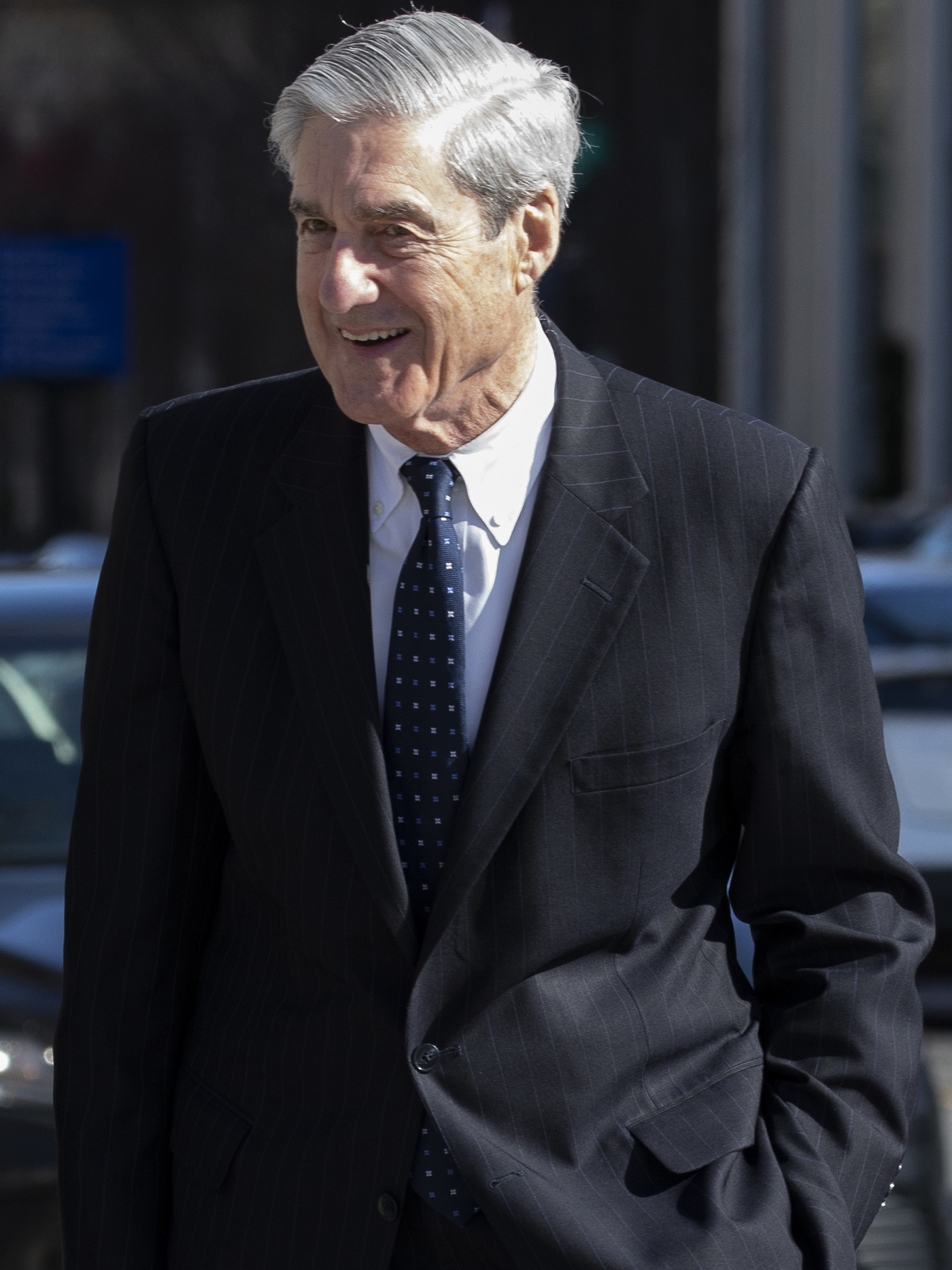 Only about a third of Americans believe, from what they've seen or heard about the Mueller investigation so far, that President Trump is clear of any wrongdoing. But they are split on how far Democrats should go in investigating him going forward.

"People clearly want to see more about the report," said Lee Miringoff, director of the Marist Institute for Public Opinion, which conducted the poll. "They want it released publicly, are eager to see the principals — Mueller and Barr — testify, because they want to see how the sausage was made. They want to see how we got to this point."

At the same time, 56 percent said Mueller conducted a fair investigation, and 51 percent said they were satisfied with it. That included 52 percent of independents who said they were satisfied with the investigation. It's one of the rare questions in the first two years of the Trump presidency in which a majority of independents sided with Republicans instead of Democrats on a subject.

The other prominent area where independents have sided with Republicans is on impeachment. An NPR/PBS NewsHour/Marist poll last year found that pushing impeachment would not be a winning issue for Democrats.

The summary "could be somewhat of a blessing in disguise for Democrats," Miringoff said, "because there's no massive pressure saying, 'Look at this report, look at this summary — we have to move forward with impeachment.' "

Americans: The Barr letter is not enough

Overall, three-quarters said the full Mueller report should be made public. That included a majority of Republicans (54 percent). Just 18 percent overall said Barr's summary is enough.

Two-thirds (66 percent) also said they want Mueller to testify before Congress, and 64 percent said the same for Barr.

Trump not in the clear with the public 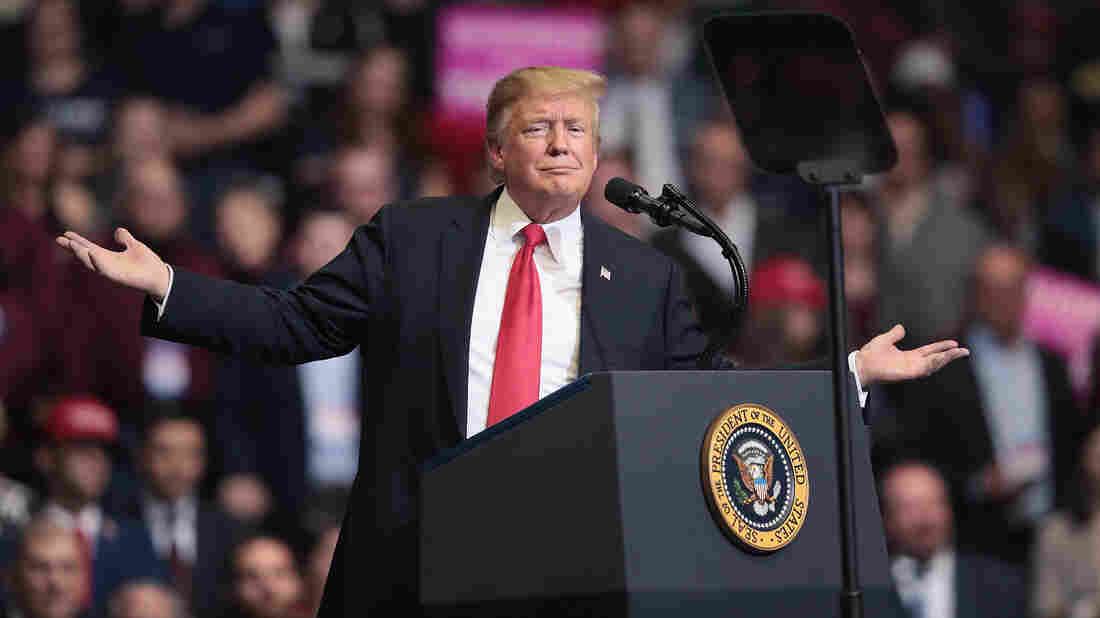 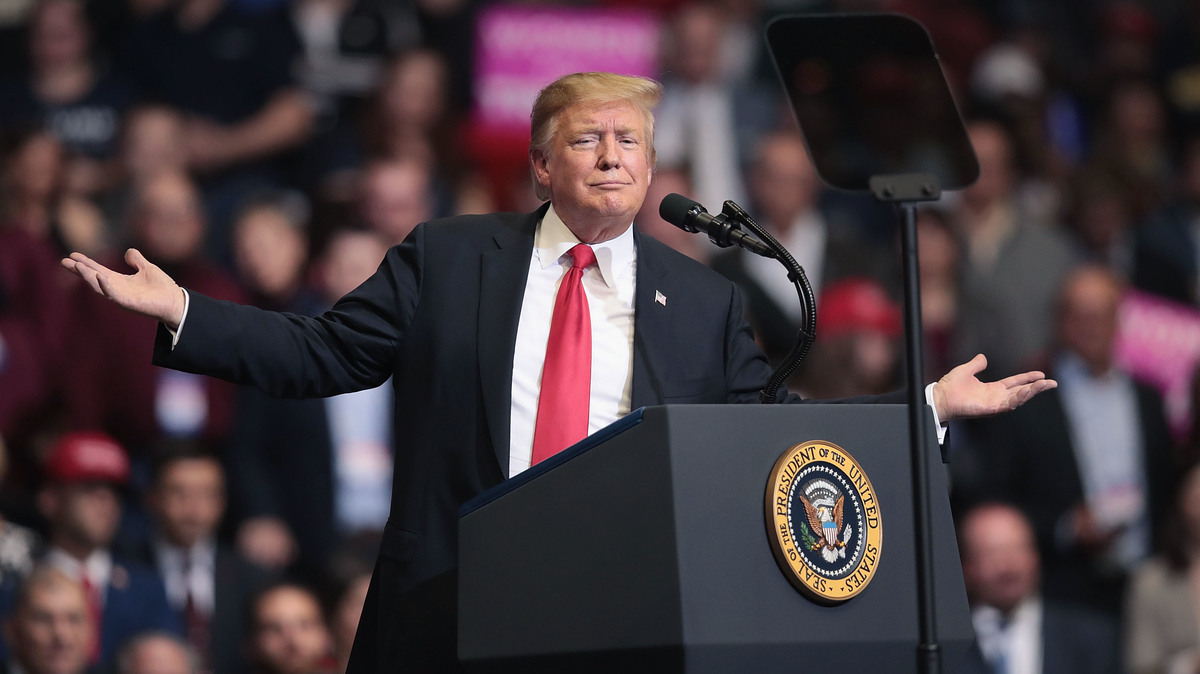 President Trump speaks to supporters during a rally Thursday in Grand Rapids, Mich.

Almost six in 10 (56 percent) said that questions still exist, with just 36 percent saying Trump is clear of any wrongdoing. That latter figure is close to where Trump's approval rating has been throughout his presidency.

In this poll, Trump's approval rating is 42 percent. That's up slightly (but within the margin of error) from January, when it was 39 percent and unchanged from December.

But that doesn't mean the public wants Democrats to go far down the collusion or obstruction-of-justice rabbit hole of investigations.

On the issue of obstruction, the Mueller report, as summarized by the Barr letter, noted that Mueller did not come to a conclusion on whether charges should be brought against the president. But Mueller said his report did not "exonerate" the president either. Barr and Deputy Attorney General Rod Rosenstein decided against charging the president.

The country was split 48 to 46 percent on whether Barr's decision not to charge the president should stand or if Congress should continue to investigate obstruction of justice by the president.

What's more, the country was similarly split, 48 to 45 percent, on whether Democrats should hold hearings to further investigate the Mueller report or end their investigations.

"I think they're on safe footing to want the full report released" and to bring in Barr and Mueller, Miringoff said, adding, "But don't start saying there's still collusion, don't go for obstruction of justice, because then they're barking up the wrong tree."

Views of Mueller spike with Republicans

Mueller enjoys an overall positive rating among Americans, with 38 percent favorable, 25 percent unfavorable and roughly a third (37 percent) unsure or never heard of him.

That's a big change from December, when Mueller was viewed more negatively (33 percent) than positively (29 percent).

Overall, views of Trump are generally where they have been. In addition to the consistency of his approval rating, about the same percentage of people compared to last July think he did something either illegal or unethical in his dealings with Russian President Vladimir Putin — 57 percent now compared to 53 percent then.

Of Trump's standing and the political climate, Miringoff put it this way: "Despite the two years of attention, focused on Russia and the convictions and all that, it pretty much is exactly where it was."