Accessibility links
Staging A Debate Over 'What The Constitution Means To Me' The play is a personal memoir and a civics town hall. It recreates the debate contests Heidi Schreck attended in high school and explores how the Constitution hasn't protected all Americans equally. 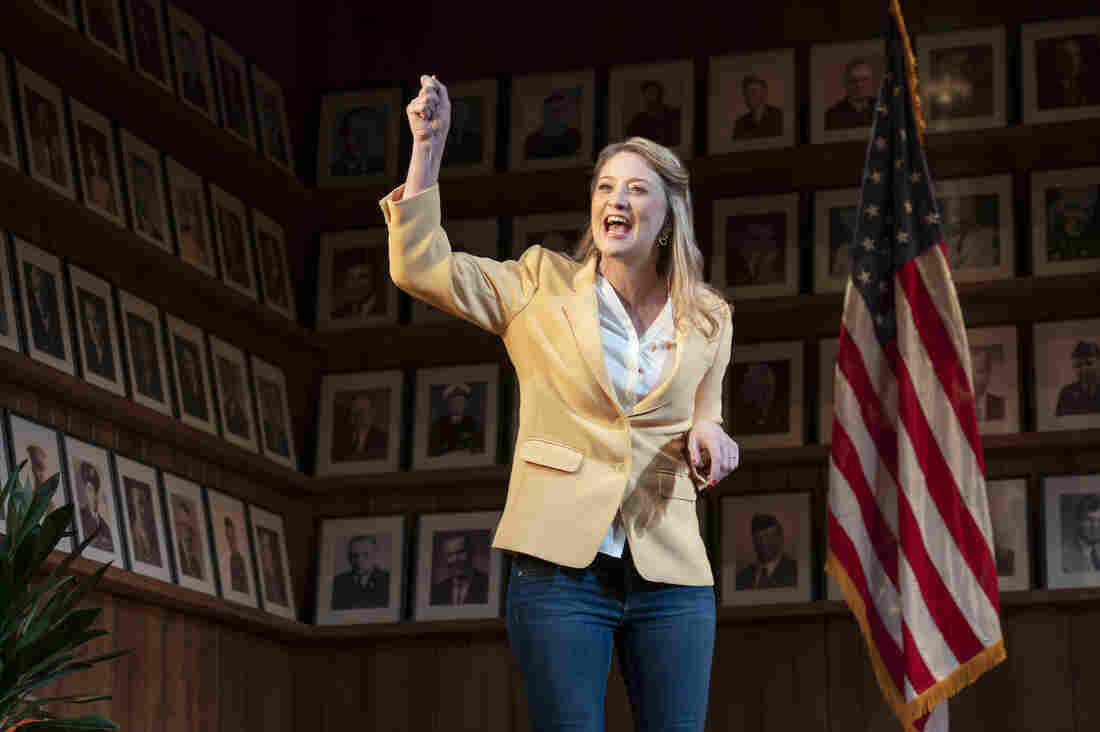 Heidi Schreck's What the Constitution Means to Me opens on Broadway on Sunday. Joan Marcus/Matt Ross Public Relations hide caption 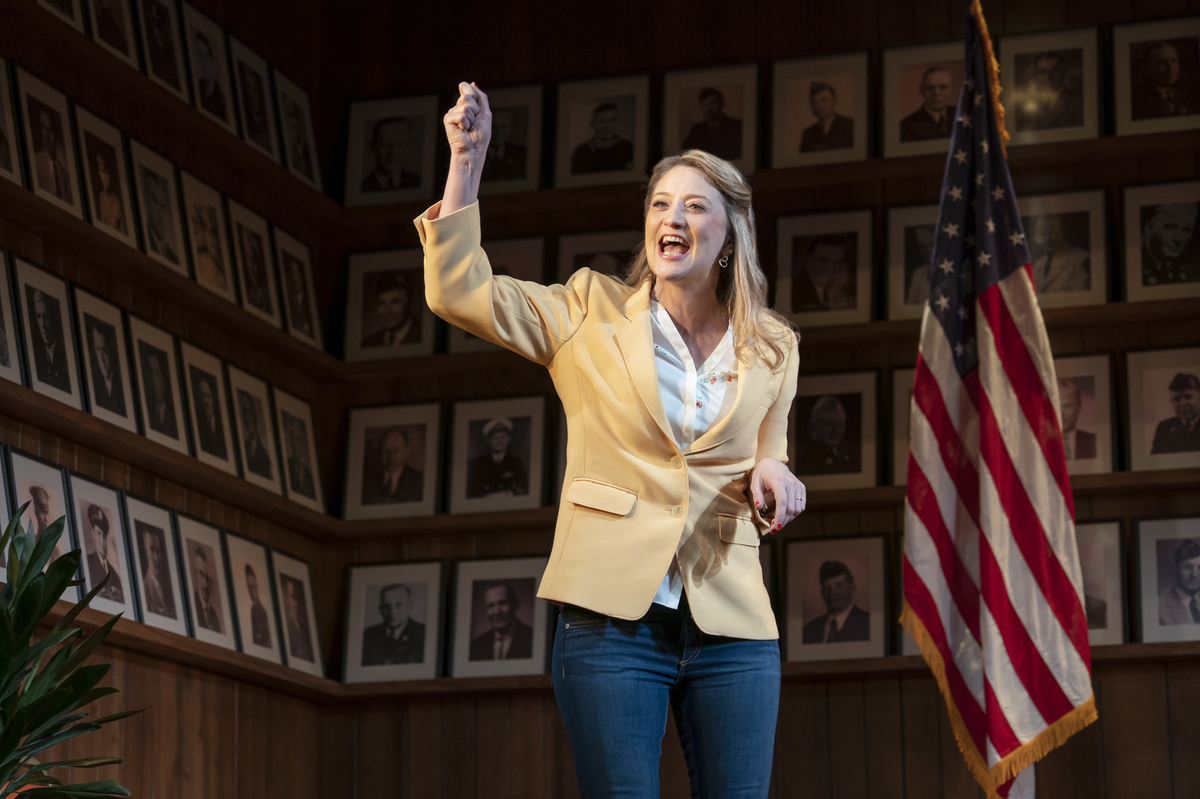 Heidi Schreck's What the Constitution Means to Me opens on Broadway on Sunday.

Actor and playwright Heidi Schreck says her new play — What the Constitution Means to Me — is a love letter to her mother.

The Broadway play — part personal memoir, part civics town hall — recreates the constitutional debate contests Schreck attended in high school. It's an attempt, she explains, to trace her evolving understanding of the U.S. Constitution and how it relates to her life, her family, and the women in her family in particular.

Schreck's mother and grandmother both suffered abuse — as a teen, her mother testified against her own stepfather.

"I now fully apprehend the incredible bravery it took for her to testify against a sexual abuser at age 14," Schreck says.

"It's rather terrifying, because she goes back and kind of traces the ways in which dehumanization is written into the document," Holdren says.

The amendments are key, says Schreck. Her favorite is the Ninth Amendment, which states: The enumeration in the Constitution, of certain rights, shall not be construed to deny or disparage others retained by the people.

"This little, tiny, magic amendment, right there at the end of the Bill of Rights ... says there are rights that we did not list in this document," Schreck says. "You have those rights. We don't know what they are — we're not going to tell you — but they're there."

The audience takes away different things from the play with each changing news cycle says director Oliver Butler. "When she talks about the 14th Amendment protecting you from the government taking anything or anyone from you — before we became aware of the children being taken away from their parents at the border, that didn't hit in the same way," Butler says.

As Schreck developed the play, she was surprised by how emotional she became performing it in workshops. "When I spoke it out loud in public ... I was overwhelmed by terror and grief," Schreck says.

That led her to the realization that she didn't want to be on stage alone. Schreck decided to write a role for the contest proctor, played by Mike Iveson, and also incorporated a debate with an actual teenager. 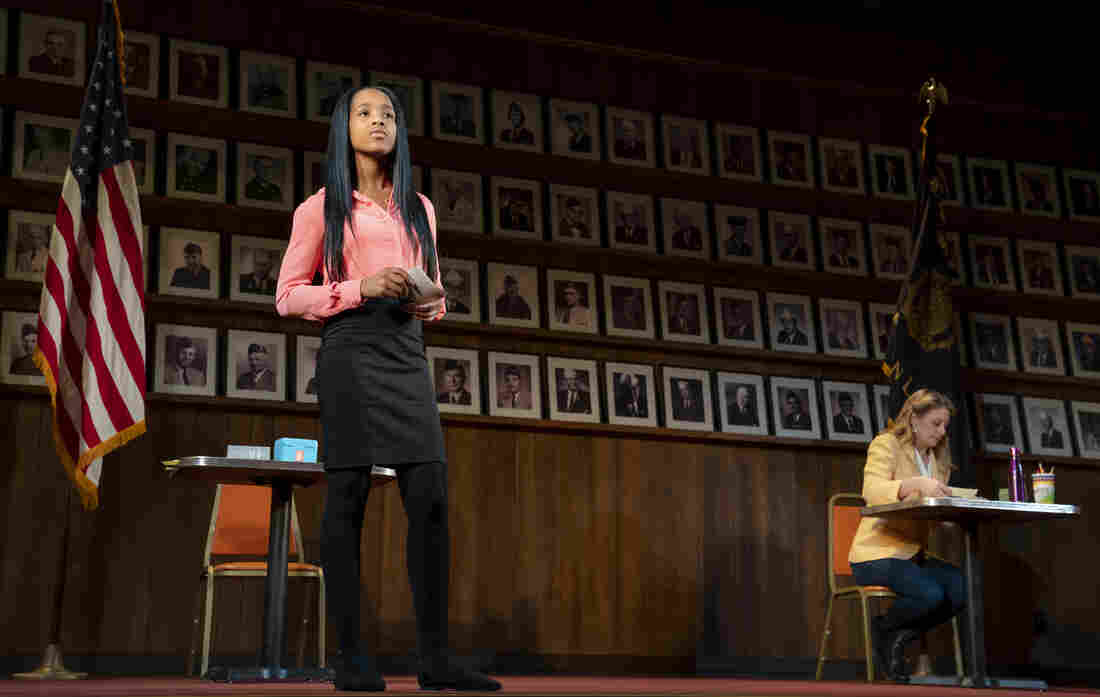 Thursday Williams is a 17-year-old high school student in Queens who hopes to one day to serve in Congress. She alternates performances with another young debater, Rosdely Ciprian. In a partially improvised debate at the end of the show, Williams makes the case for preserving the Constitution.

"The Constitution is the keys to our liberation," she says. "We have the oldest active constitution in the world. My opponent wants you to think this is a bad thing, but the reason it has lasted so long is because it gives 'we the people' the tools we need to free ourselves from tyranny."

Williams says she's put in the position of defending a document that once didn't protect her — but she's looking ahead to the future.

"I'm now in this document, and I'm now protected and we're going to continue moving forward," she says.

Schreck says after the Broadway run, she'd like to take the show on the road, to states both blue and red, in hopes that it will spark civic debate.

She wants the play to "make space for us to all be in a room together and think about the future of our country."