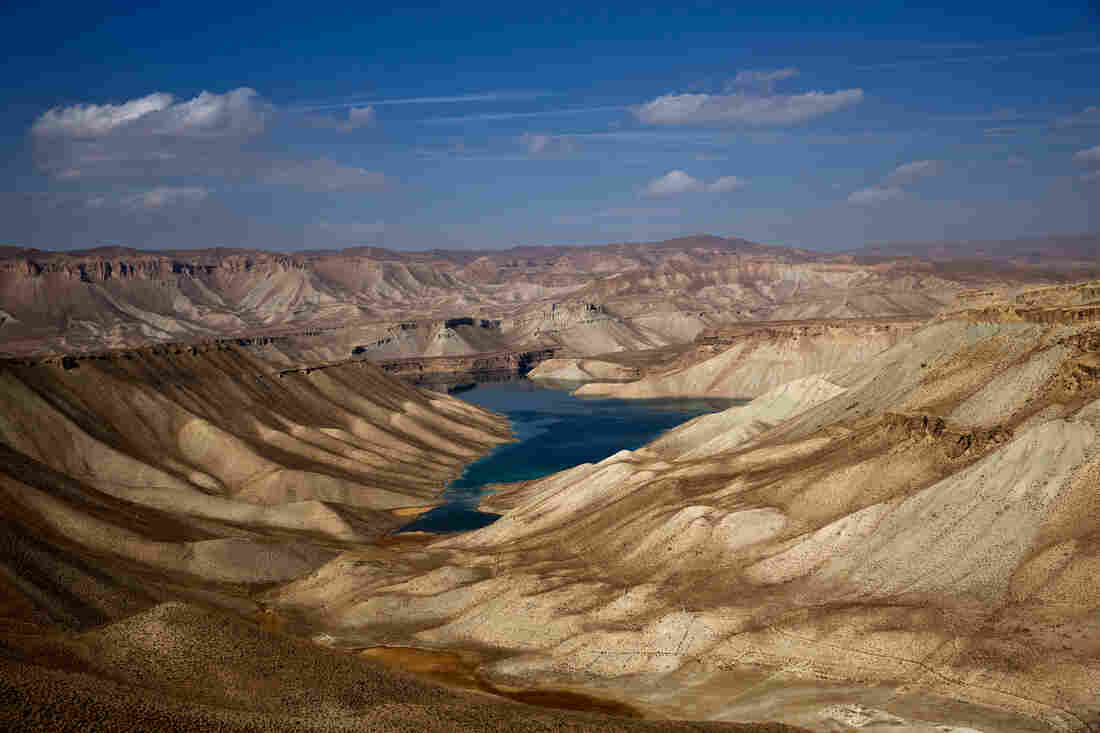 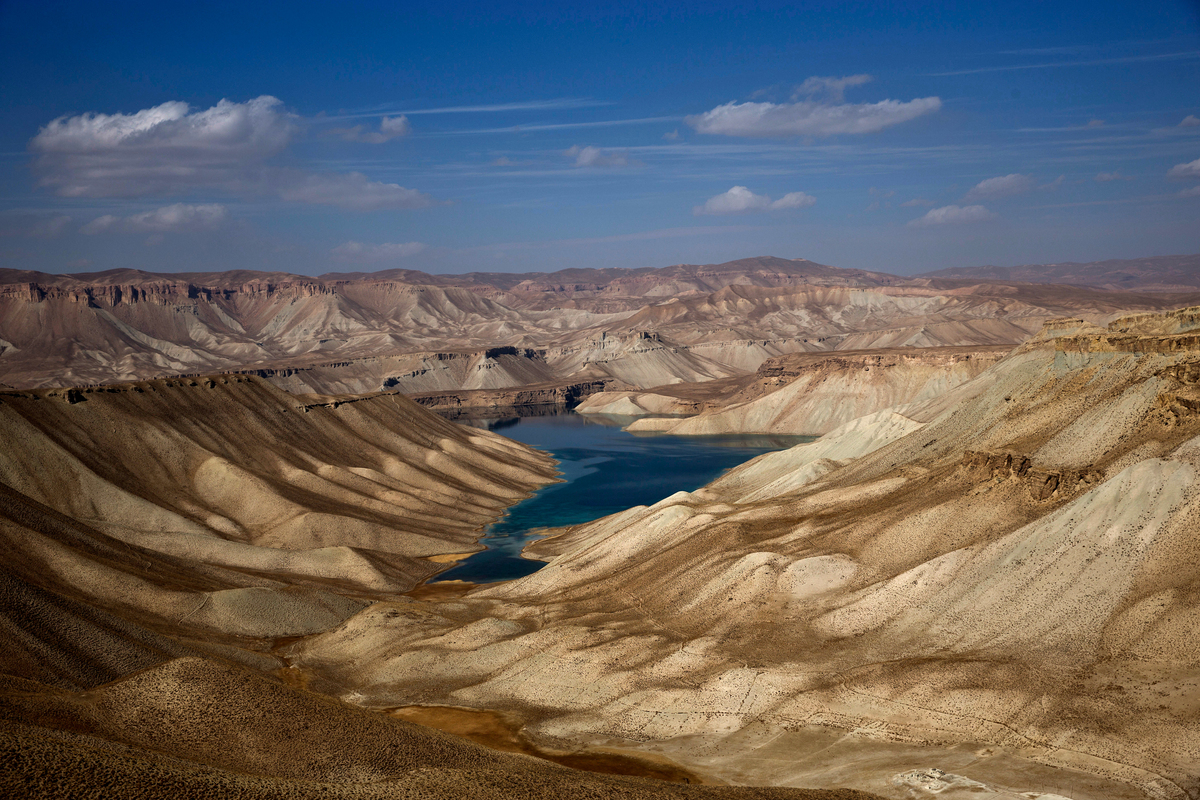 Snow leopards and Marco Polo sheep have not been on the agenda for peace talks involving the Taliban, U.S. officials and Afghan opposition figures.

But going forward, should they be?

"If you're not managing the natural resources well in Afghanistan, you are undermining the very national security and human security of the people," says former State Department official Alex Dehgan, an evolutionary biologist and co-founder and CEO of Conservation X Labs, which works to develop innovative technology to address the human causes of extinction. "So thinking about this as part of our national security calculus is important."

Afghanistan was the easiest place I did conservation because the people there understood the link between natural resources and and their security, human security and national security.

Conservation and protecting wildlife, he says, can provide common ground, even among enemies.

Dehgan knows what he's talking about: From 2006 to the end of 2007, he led the Wildlife Conservation Society's Afghanistan program, which received support from the U.S. Agency for International Development. Based in Kabul, his team's work led to the founding of the country's first national park, Band-e-Amir, in 2009, as well as the first extensive surveys in decades of Afghanistan's wildlife — including the near-threatened Marco Polo sheep and the snow leopard, now classified as a "vulnerable" species by the International Union for Conservation of Nature.

Dehgan documents his time in Afghanistan in The Snow Leopard Project And Other Adventures In Warzone Conservation, published in January. In the book, he argues that the "restoration of wild Afghanistan, of its flora and fauna ... was an essential component of postwar reconstruction," and describes a people whose sense of identity is inextricably linked to the land.

"For people who had spent much of the previous three decades as refugees in other countries, protecting the unique and charismatic wildlife of the country was a way to help restore their identity," he writes.

When it comes to Afghanistan, he says, there should be room in the peace process for science diplomacy. Science provides a common set of values that transcends ethnicity, religion, language, culture and politics, Dehgan says. It can help establish trust keep channels of communication open.

"We fail to leverage it, and increasingly, many of the challenges we face are ones that require scientific cooperation across borders and deep understanding of technical problems," he tells NPR.

"Science diplomacy actually works best, in my opinion, where all the relationships are toughest," Dehgan says, pointing out that critical challenges such as climate change don't respect political boundaries and force people to work together on a common goal despite their differences.

Even at the height of the Cold War, Dehgan notes, the U.S. and the Soviet Union maintained an active scientific exchange program. The Obama administration engaged in science diplomacy with Iran and worked through general topics such as renewable energy, medicine and water management, he says, to establish a foundation for formal engagement and build trust around shared interests. 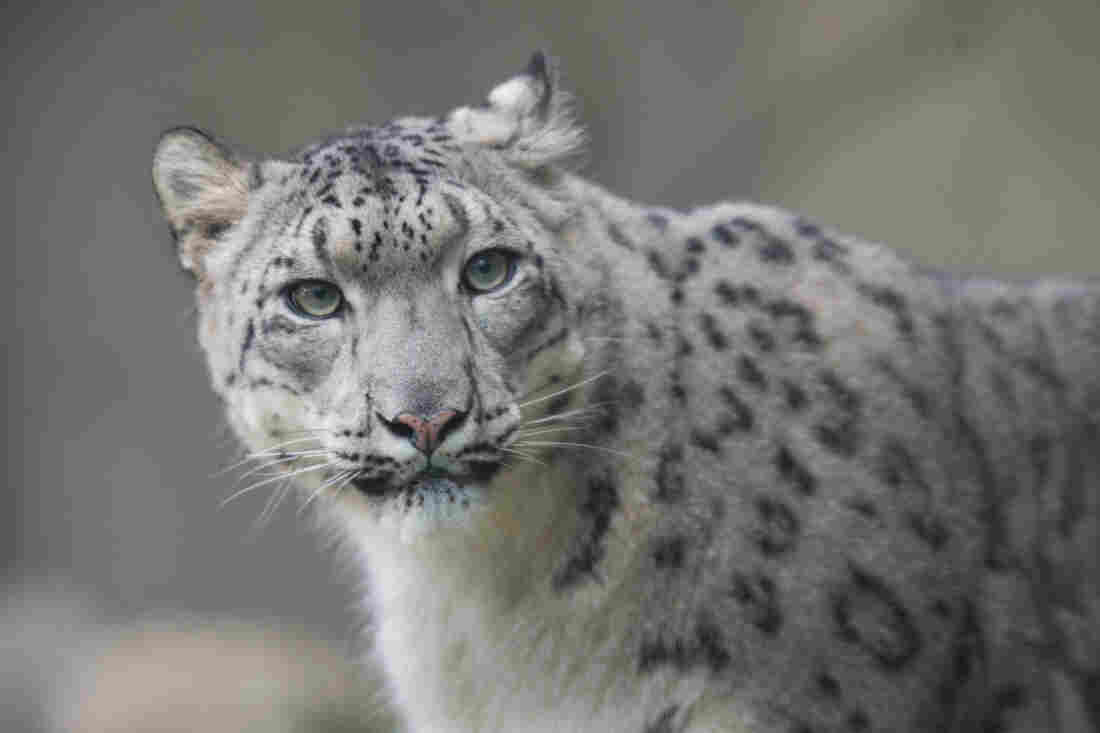 A female snow leopard at the Brookfield Zoo in Chicago. Populations in the wild are declining and the species is classified as vulnerable by the International Union for Conservation of Nature. Scott Olson/Getty Images hide caption 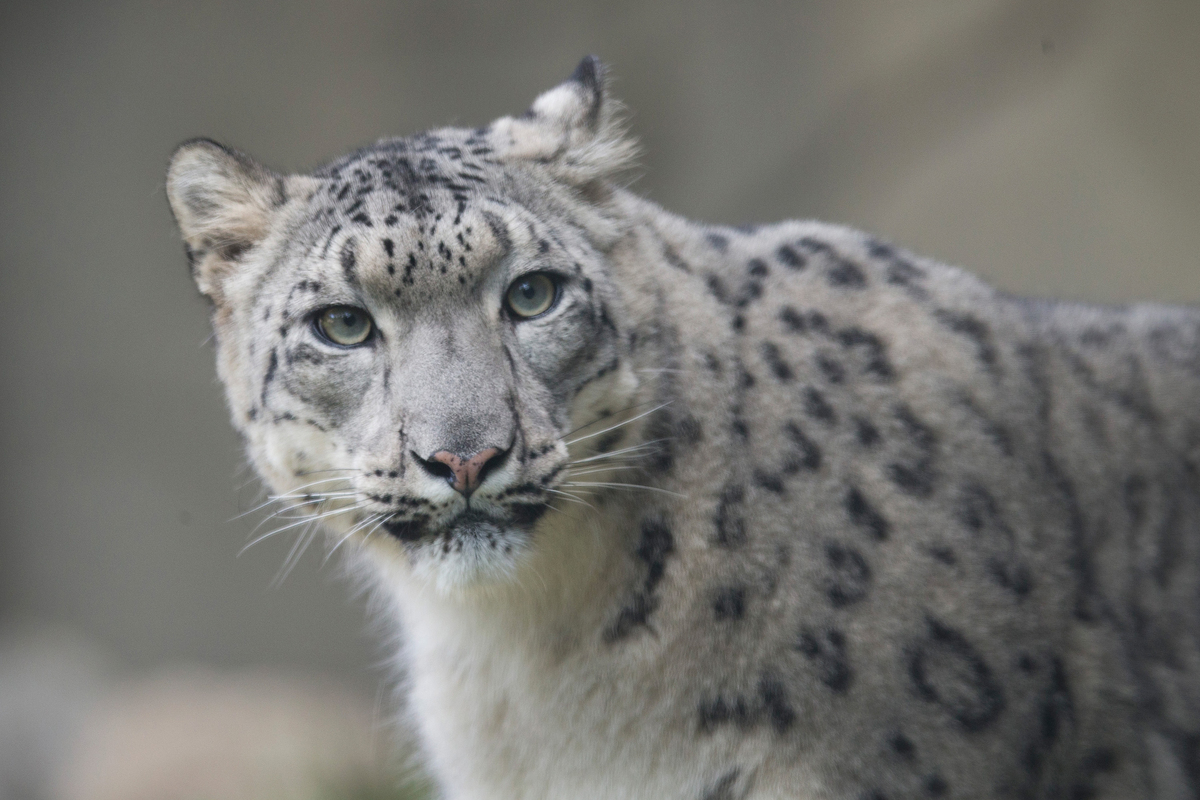 A female snow leopard at the Brookfield Zoo in Chicago. Populations in the wild are declining and the species is classified as vulnerable by the International Union for Conservation of Nature.

Following the 2003 U.S.-led invasion of Iraq, Dehgan, then with the State Department, worked to redirect Iraqi nuclear weapons scientists into civilian scientific fields such as conservation. He served as chief scientist at the U.S. Agency for International Development from 2010 to 2014, helping build and promote science and conservation strategies in nearly every country the agency operated in.

In Afghanistan, Dehgan says the number of parks and protected areas in Afghanistan has increased since Band-e-Amir was founded, and he points to this as evidence that science diplomacy works. The turquoise-blue lake at Band-e-Amir continues to attract tourists, and a 2017 survey showed that some 189,000 people visited the park that year, more than 99 percent of them Afghan citizens.

The work he and his team did "literally achieved the goal that people were trying to achieve in Afghanistan," he says, "which was bring together the governance structures that included the national government, the provincial government and the local government including elected representatives from these villages to decide on the management of the land."

Hiring, training and working alongside Afghans was a key to his work's success, Dehgan emphasizes, and has allowed the projects to continue long after his own tenure in the country ended.

Highlights from NPR's interview with Dehgan, edited and condensed for clarity, follow.

On what it was like to do conservation work in Afghanistan

By protecting [Afghanistan's natural] resources, we were doing as much for security and governance and democracy as anyone else in the country. We had challenges with USAID, an organization that I love and adored, and ended up working for as their chief scientist, but they were under these extreme pressures to really monitor how you were spending money. And the very metrics that they were using were, in fact, perverse incentives that actually weren't truly measuring the impact of what we were doing.

One of the most important things we achieved in Afghanistan was the ability to train the next generation of conservationists who would carry on this work, who are Afghans. That capacity is integral. But Afghanistan was the easiest place I did conservation because the people there understood the link between natural resources and their security, human security and national security.

On the state of science in Afghanistan

We started from an exceptionally low level. ... The state of literacy in the country when we first started working there was below 30 percent, maybe lower, or definitely lower among women. And so you know, when you're starting with literacy that is staggeringly low, creating and training a cadre of conservation scientists and natural resource managers is challenging, and it became a major focus of our work. It was the best investment we could make. But the state of science is a tough question, and education is the key.

On how the Taliban need science, too

Even if the Taliban is in charge, they still have to govern, they still have to deal with water quality, sanitation issues, trans-boundary water issues, and with the health of their people and with keeping the livestock alive. And ultimately, that requires science and technology and effective systems to solve that. So while I think they would be less receptive than the current government, I still think there could be a place for it.

On tourism in Afghanistan's national parks and protected lands

Those tourists actually are coming from Afghanistan, which is great because in protecting wildlife, we also achieved another goal: to help protect the identity of people who had served as refugees ... And so for those individuals, by noting that there is this wildlife that sits at the crossroads of Africa, Asia, and Europe and protecting that wildlife, we had the ability to protect the identity [of the people there]. And we see that because of the popularity of these national parks among the Afghan people.

On the rare animals in the region

Snow leopards are absolutely amazing. It's kind of amazing to watch an animal that kind of runs straight down a cliff side.

But at the end of the day, one of the world's rarest felids is the Asiatic cheetah. And the fact that we have a cheetah in Asia, which is probably going to go extinct in our lifetimes, my heart has to go to that. I'm an extinction biologist, and when I think about animals like the Asiatic cheetah, I'm rooting for its survival.