Accessibility links
Is Civility Possible On Social Media? Tyler and Larry have never met. But almost every day for the last few years, they get into a fight on Twitter. 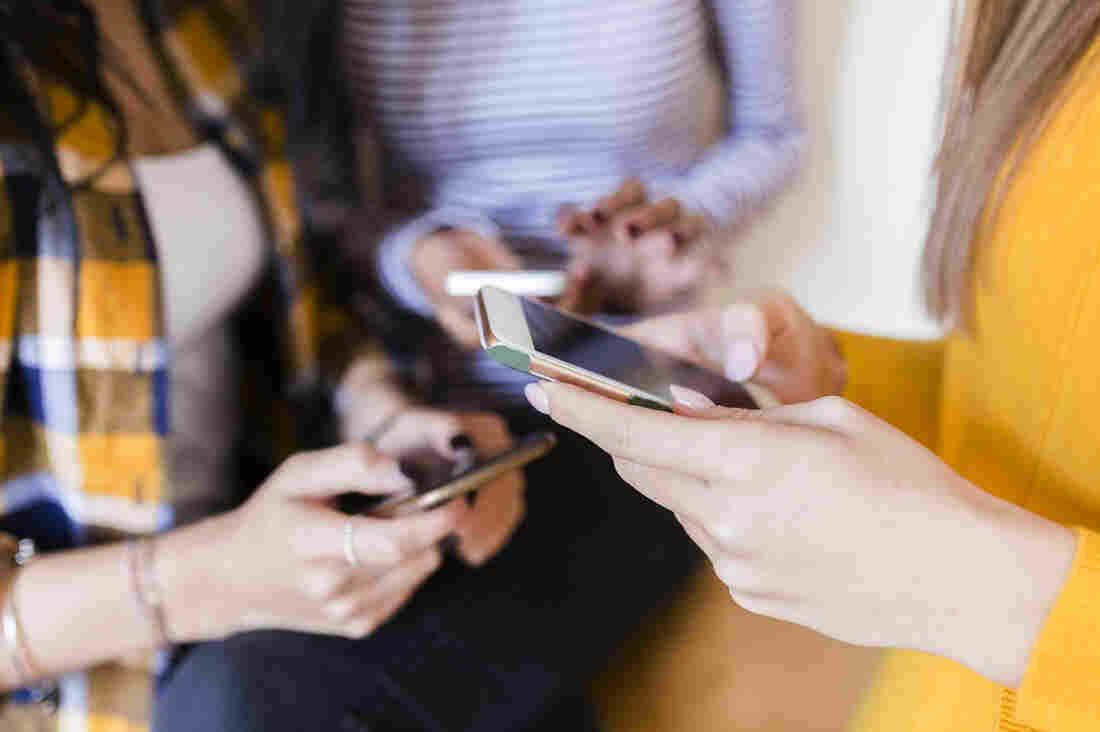 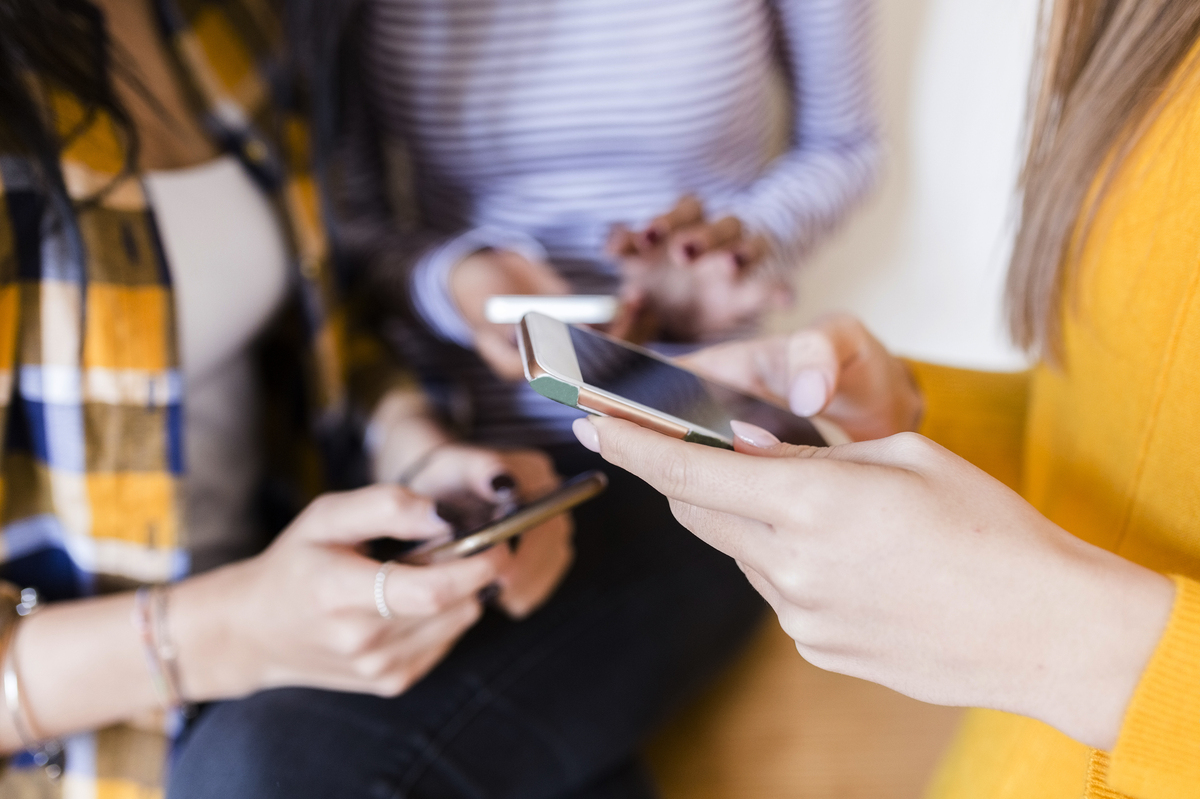 An increasing body of research has documented the addictive nature of social media.

Tyler and Larry have never met. Larry is a conservative living on the East Coast. Tyler is a liberal in Indiana. If for some reason they crossed paths on the street, they wouldn't recognize each other.

But for the last few months, they've been getting into constant fights on Twitter.

Before I could interview them, I had to agree not to use their real names. The online circle where they spend much of their time can get aggressive. One of them says he's even gotten death threats.

All this month NPR is looking into civility in America. And if you've spent any time on social media, you know that it's the opposite of a civil space. Regular conversations often turn into public, insult-laden brawls, filled with low-blows and vile threats.

If you read through Larry or Tyler's posts, some of them are benign, even wonkish. There's Larry talking about how we should privatize Medicare and Medicaid. Tyler, meanwhile, has been tweeting lately about the Mueller investigation.

But of course, this is Twitter, and it rarely ends well. The conversation almost always turns awful.

Larry will snap: "Your idiotic posts are serious? Get the f*** out of here cretin."

Which will drive Tyler nuts. "Oh shut the f*** up you inept toad."

This can go on and on.

Larry says he's not proud of his online behavior. His wife, a liberal, has never seen his Twitter persona. "I'm like, 'Please don't divorce me if you read my tweets,' " he jokes. But when he goes online, he says, something takes over him. "I might call it a troll mode. I'm not really trying to make a point anymore. I'm just trying to battle. And I don't like that. I don't feel good about it."

Tyler, Larry's liberal Twitter nemesis, knows he goes overboard too. He says he just starts to get sucked into the nastiness and feels compelled to fight back in the same tone.

These two are complete strangers, but they've been at each other's necks since last year. The obvious question is, why bother?

It's a question Tyler says his husband asks a lot: why not disconnect?

Tyler is a gay man who lives in a conservative state. Even though he says Larry isn't one of them, there are people in his Twitter world who Tyler says post homophobic and racist things. And he's sick of it. Like a lot of Americans, Tyler says he feels the stakes are high right now. And maybe it's just not the time to be civil on Twitter.

But Tyler says this constant fighting takes a toll. "You find yourself thinking and feeling about the thread even if you are not on your phone. It's to where you're having panic attacks, or you're hyperventilating."

Larry, the conservative, says he doesn't take Twitter so personally, but he 's been thinking about quitting. He doesn't always like the way he behaves online. But he has trouble breaking away. He'll be at a restaurant and on his phone and have an urge. "I just gotta send this one last [tweet]! And it's like taking 10 minutes and the waitress is tapping her pencil."

Even though he doesn't feel intellectually stimulated by the conversation, it feels good. "It's a fun thing to do right? So like every time you send a tweet, and you think you made a point, it feels good, and you want to keep doing it."

The addictive qualities of social media

There's a growing body of scientific research that addresses the pleasure and anxiety both men are describing. It suggests social media can have addictive qualities, just like a drug or a gambling habit.

Consider the very nature of Twitter. It's more public than other media platforms. It's easier to just jump into an argument and pile on. So the whole thing can be performative. More than talking, we're showing ourselves off.

Even though I interviewed them separately, both men came to a similar conclusion. Tyler says, "You'd have a better chance of solving your issues over a meal, than sitting behind a phone, typing in caps."

Larry reminisces about a time in which liberals and conservatives could more easily enjoy a barbecue together. "If you're my neighbor, come over and eat, drink."

He says social media are just not that good for debating difficult issues. When it comes to tough topics, 280 characters, hashtags and memes might just not be enough.

"This whole conversation is annoying"

The Fredres-McDaid family learned this lesson the hard way. A Facebook argument turned so explosive, it almost tore them apart.

Jeff Fredres lives in the suburbs of Chicago. His extended family, Kelly and her husband Pete McDaid live in Arizona. Even though their politics are very different (they're Democrats, he's a Republican), they've always gotten along well.

Until about a year ago, when Pete McDaid posted an article on Facebook suggesting that gun control would help stop mass shootings.

Fredres believes in gun rights, so he commented: "If not guns, it would be bombs. ... When people want to hurt others, there will always be a way."

He got off the computer, sat down to watch the news and have breakfast. He thought that would be the end of it.

Instead, what unfolded was a day's worth of nonstop arguing.

In retrospect, McDaid narrates it with a chuckle. He was researching his arguments at the office. When he got back home, he was working on his comebacks like it was a project he was on deadline for.

Fredres says when it comes to social media arguing, "everybody has already established what they believe."

By nightfall, tempers had flared. Kelly recalls seeing her husband sitting on the edge of the bed, furiously staring into his phone. Online, responses had gotten curt. "I just find that this whole conversation is annoying," Fredres snapped.

Kelly describes feeling enraged, which she says is unusual for her. And that's when she dealt a final blow: "What the F is wrong with you? I can't believe someone that's a part of my family is so stupid," she replied. Both she and her husband unfriended and blocked Fredres.

These are three people who care about each other, and they speak about the incident with a certain awe. Kelly describes Jeff as a "warm, friendly, outgoing person." Jeff says when Kelly walks into a room, people are naturally drawn to her. They fondly recall their hiking trips and triathlons they did together.

Fredres says he felt numb. "It was surreal. It wasn't until a couple of months had passed by, and there was no longer that communication ... it started to sink in. 'Oh man. This kinda sucks.' "

Gun control is one of the most divisive topics in our country today. Some might say there is no middle ground in that debate. But Fredres thinks "if this whole topic would have happened in person, nobody would have walked away."

Ultimately, he was right. About a year later, while visiting Arizona, he got a chance to meet Kelly and her mother for breakfast.

"I was totally prepared for him to be really angry with me," Kelly says. Over pancakes and an omelette, they reignited their debate over gun control. "But we talked about it in just a really respectful manner. And by the end, he and I did not agree at all. But he did admit there is a problem in this country. And we should try something, we shouldn't just do the same thing we've been doing. And I'm pretty sure I agreed to some things he said too."

That might not seem like much for some, but Kelly thinks it's a good place to start. "Just the fact that we could talk to each other without yelling, about this really divisive issue ... it was a really intelligent and thoughtful conversation."