Accessibility links
Natalie Morales On Her NBC Show 'Abby's' And Latina And Queer Representation In a new TV show, Morales runs a very, very local watering hole. In an interview, she discusses her character's sexuality and her path as a Latina in Hollywood. 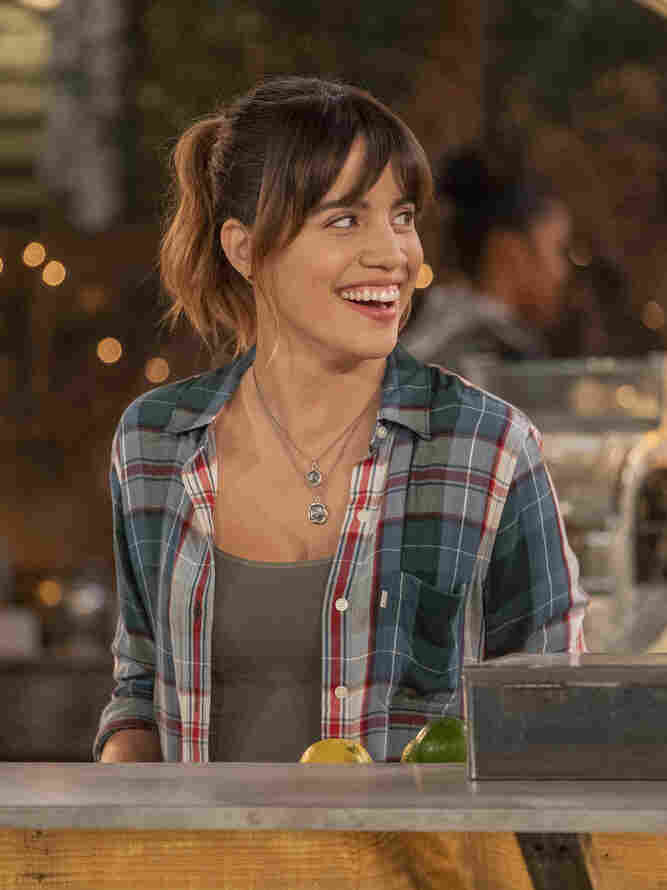 In Abby's, Natalie Morales plays the titular bartender — whose establishment is run out of her own backyard. Ron Batzdorff/NBC hide caption 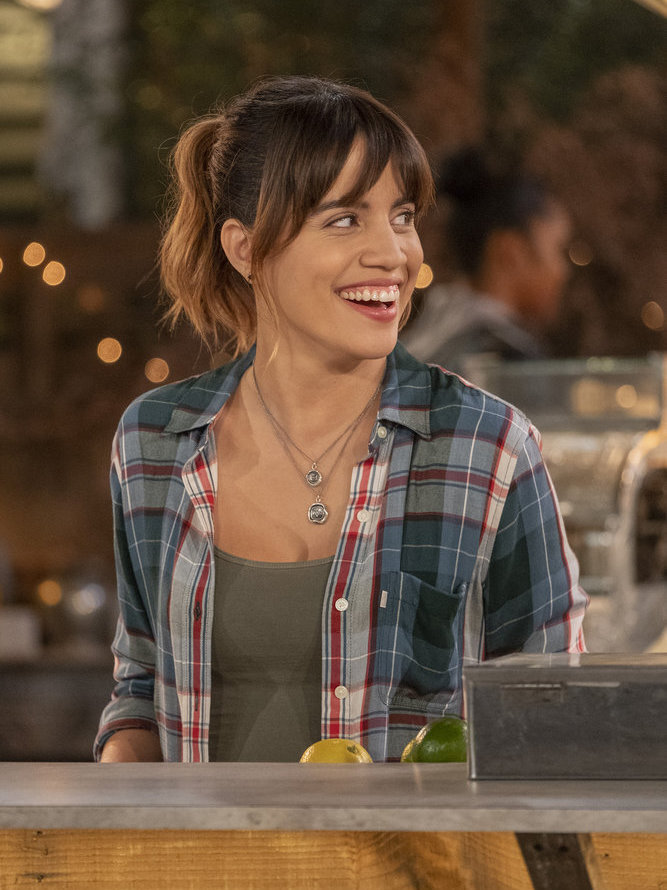 In Abby's, Natalie Morales plays the titular bartender — whose establishment is run out of her own backyard.

The new NBC comedy Abby's is set in a bar. It's a real neighborhood joint — it's run out of one woman's backyard in San Diego.

It stars Natalie Morales as Abby, a former Marine who runs the bar.

"She's this loyal, tough, fun and sly woman who's very, very protective of her friends and the home that she's built for them at this bar that happens to be in the backyard of her house," Morales says in an interview. "Because this way, she can have control over everything that happens. Except for the fact that she doesn't actually own the place, and her landlord has just died, and her nephew has inherited the place. So that becomes a bit of a problem."

Abby is Morales' first lead role in a broadcast series. In an interview, she talked about Cheers, her character's sexuality and her path as a Latina in Hollywood.

On comparisons to the sitcom Cheers

Who wouldn't want to be in the same conversation as Cheers, which is like the best show of all time? However, I have to confess, as much as I look like Ted Danson ... we're a very different show. I mean, the setting is a bar, but not in a basement in Boston. This is outdoors in San Diego, and obviously all the characters are completely different. So yeah, it's a different show.

On if the character was originally designed for a Latina

No. I mean, I don't know any other Cuban women named Abby, do you? ... We do address that in one of the episodes, and I think you'll enjoy hearing what Abby's real name is. And it's not Abigail.

On representing a bisexual character on the show

I think I separate the idea of representation on television with me personally representing. If I'm representing anything, it's the idea that I can be whoever I am in public, right? And I think it is a huge, huge deal to have a lead character of a television show be bisexual on the show, and especially the fact that the show isn't about that. It is — her sexuality is just a part of her like it is a part of all of us. And I think that that's really amazing. I mean, it's important to me to tell stories about marginalized people that aren't necessarily always about how they are marginalized. But it's just as important to show a bisexual woman who's thriving, and happy, and living her life, and has friends who love her.

On her personal coming-out essay, and why it was once "scary" to think about

I don't like labeling myself, or anyone else, but if it's easier for you to understand me, what I'm saying is that I'm queer. What queer means to me is just simply that I'm not straight. That's all. It's not scary, even though that word used to be really, really scary to me.

I think it's scary for most people, unless you're lucky to grow up in a really progressive environment. ... I grew up in Miami to a small Cuban family, and I grew up in a religious household, I went to Catholic school, and that it was wrong, and, you know, you were going to hell. And not that the people around me and not that my family didn't mean well — it's also what they were taught. So it was really, really difficult and really scary.

And I also say in that piece that I wrote that I'm a really private person and I don't want anybody knowing anything about me. But something shifted. And I think it was: At the time when I wrote that, I was about to start promoting a film I was in called Battle of the Sexes, which is about [queer tennis player] Billie Jean King, and it felt disingenuous to me to not also be like ... "This is my experience. I'm part of you." And if this story helps at least one kid out there, or one parent, or one person feel a little bit understood, or help[s] them understand someone else, then it's worth it. Because I didn't have that at all. And if there was a bisexual character on television when I was a kid, that would have helped me too.

On breaking into the industry as a Latina

It's a little bit better now. Like, the door has been kicked open for that conversation to happen. When I first moved here, I had blonde hair, and everybody was like, "You have to dye your hair brown. There are no Latinas with blonde hair." And I was like, "Dude, Argentina exists! They're like blonde and blue-eyed! What's wrong with you?" And also, like, "Latina women don't go to the salon and get highlights." What?

I was not really getting anywhere because I don't really fit into the mold of what I had seen as a stereotypical Latina character on television. It was always one of three characters, or a combination of the three. It was always a maid, or a sexy seductress, or the Nuyorican/chola girl, right? So I wasn't really getting very far. And I remember this moment where I just chopped off all my hair, like, "Screw it. I'm just going to be me, and it'll be fine." And then I booked this great show called The Middleman that was created by a Puerto Rican writer named Javi Grillo-Marxuach, who cast me in it and was like, "OK, she's half-Cuban, and that's not the thing about her. It just happens to be that." Because his experience as a Latino was the same, you know? So I've been lucky enough to be able to take roles that are just all sorts of people, and not one of those three things.

Sophia Alvarez Boyd and Viet Le produced and edited this interview for broadcast. Patrick Jarenwattananon adapted it for the Web.