Accessibility links
A Game of Thrones Fan Traveled To The Arctic As Part Of A Worldwide Scavenger Hunt HBO created a world-wide scavenger hunt to promote the last season of Game of Thrones. Josefine Wallenå of Sweden drove eight hours in her quest to find the Iron Throne.

4:11
A Game of Thrones Fan Traveled To The Arctic As Part Of A Worldwide Scavenger Hunt 4:11 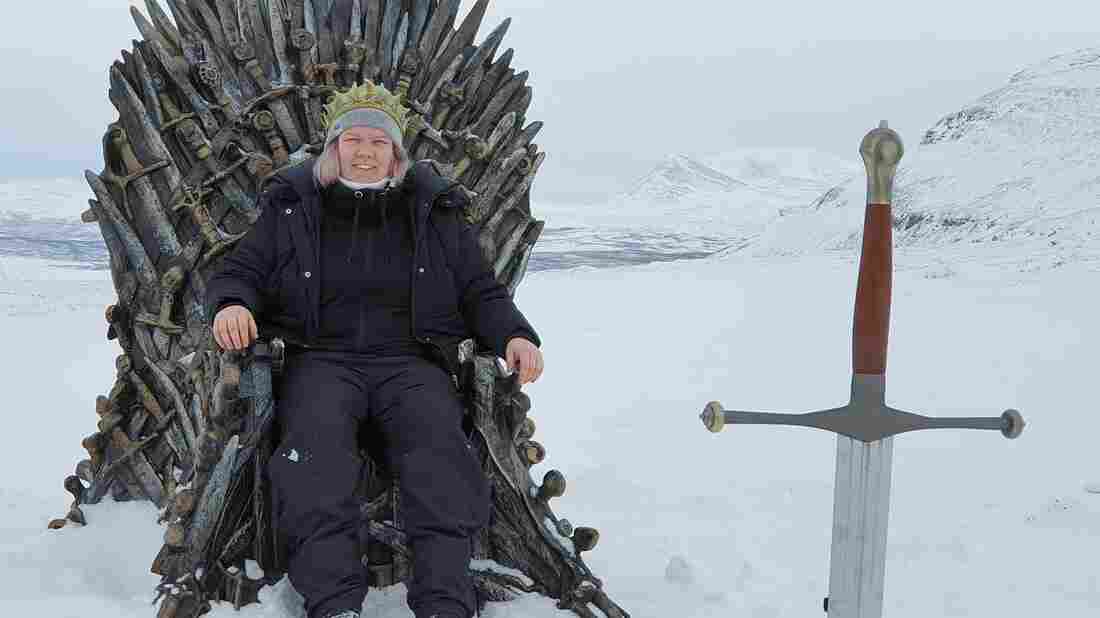 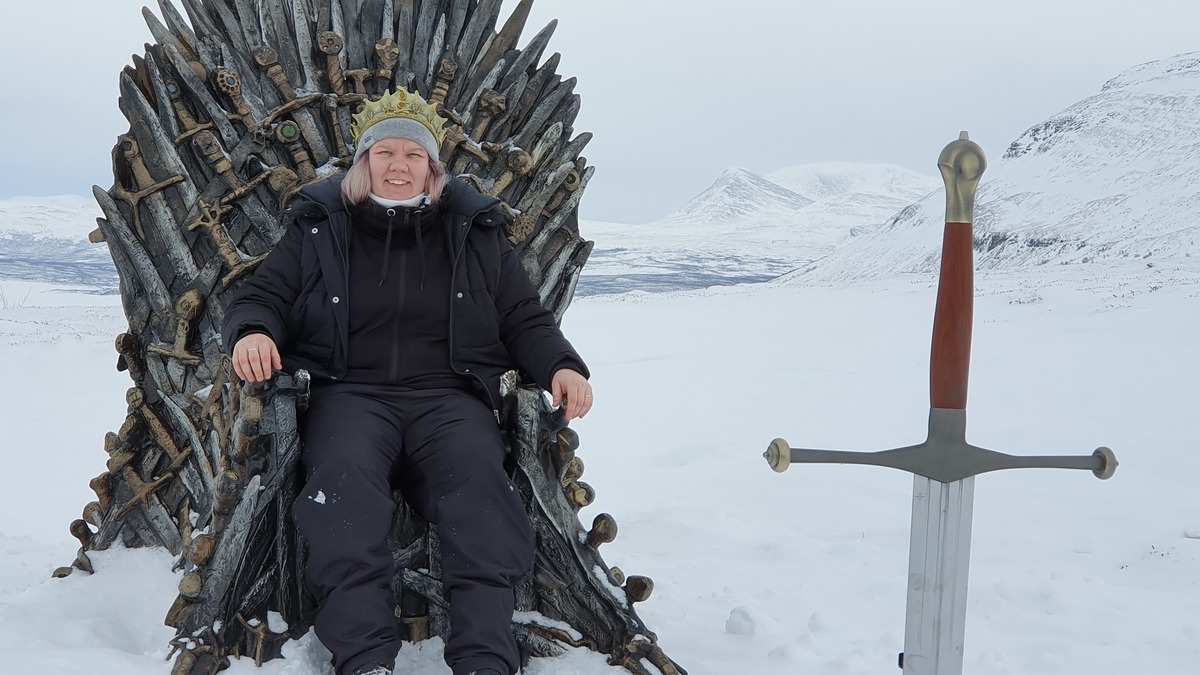 Josefine Wallenå of Sweden sits on the Iron Throne after driving eight hours to find it.

Some fans watch Game of Thrones. Others live it.

The final season of the HBO hit television series premieres in two weeks. But some fans got an early treat this month when the TV network challenged people to a worldwide scavenger hunt.

For those who don't watch the show, the ultimate symbol of power in the fictional Game of Thrones kingdom of Westeros is the Iron Throne. So, HBO placed six of them in different locations around the world and tweeted the hashtag #ForTheThrone, along with a cryptic 12 second video. Fans could also view hour-long 360-degree videos of the thrones in various terrains.

6 Thrones.
6 Locations.
Who will be the first to find them?
Begin your Quest #ForTheThrone: https://t.co/MTUv2SRuSh pic.twitter.com/SW4GYx5E3x

Soon after, fans around the world began their quests.

One of those individuals was Josefine Wallenå, a 25-year-old gamer and project manager from Sweden.

After looking at one of HBO's tweeted clues closely and its caption, she realized one of the thrones might be nearby.

"When I saw the snow , I was like, 'Wait a minute. This may actually be Sweden.' And when I read the first clue, I was sure right away that it was in Sweden," Wallenå says in an interview with NPR's Weekend Edition Sunday. "The clue for it said a crown for each of the three stags."

Then she combed through an hour-long video posted on the official Game of Thrones YouTube channel and saw the Northern Lights, so she knew to head north.

Within an hour from when the clue was tweeted, she grabbed her boyfriend and they drove eight hours in search of the throne — without time to even pack a snack.

Their next step was hiking up a mountain in search of the well-known U-shaped valley seen in the YouTube video, called the Lapponian Gate. It was then that they caught a glimpse of the spikes of the throne, hidden more than 150 miles into the Arctic Circle.

At The 2018 Emmys, 'Game Of Thrones' And 'Mrs. Maisel' Soar While The Hosts Struggle

Waiting for them at the throne was a surprise: a man dressed as a character from the television show.

The man, dressed as a member of the famous Night Watch from Game of Thrones, said to the pair, "In the game of thrones you either win or you die, and today you have won." He then put a crown on Wallenå's head, crowning her queen of the North.

Besides the throne in Sweden, other thrones have been found in England, Spain, Brazil, Canada, and Queens, New York.

In the end, Wallenå got to keep the crown. We pledge fealty.

NPR's Audrey Nguyen and Cathy Shaw produced and edited this story for broadcast.