Accessibility links
'Other Americans' Take Center Stage In A Timely New Novel The short chapters in Laila Lalami's novel are narrated by a rotating cast of characters. They conjure a murder mystery, a cross-cultural romance, an immigrant saga, war stories and family dramas. 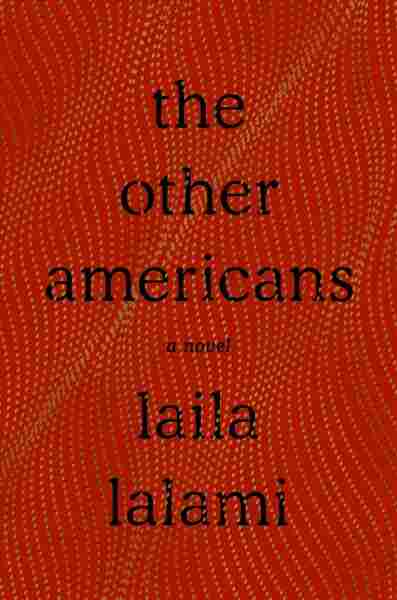 Laila Lalami's new novel is called The Other Americans and it's likely to jump start some timely book group discussions about the American experiment; specifically, about how different types of people feel less visible in this country because of their ethnicity, class, race or citizenship status.

The Other Americans is an ambitious political novel that relies on old-fashioned storytelling to get its messages across. Lalami conjures up a murder mystery, a cross-cultural romance, an immigrant saga, war stories and family dramas. Every short chapter here is narrated by a rotating cast of characters, each of them sealed off from one another by misunderstanding and sometimes justifiable fear.

All of this makes for a somewhat ungainly novel, and, yet, whenever these separate stories intersect and the characters find common ground, the effect is heartening: You feel like the promise of America can still come through after all.

Like so many other American novels, from The Great Gatsby to The Bonfire of the Vanities and beyond, The Other Americans uses the device of a car accident to throw together characters who wouldn't otherwise run into each other.

Late one night, a Moroccan immigrant named Driss Guerraoui closes up his diner in a small town in the Mojave Desert. He starts to cross a darkened intersection to get to his car when he's fatally hit by another car that doesn't stop.

We hear the account of Driss' death secondhand, from his youngest daughter, Nora. Nora is a jazz composer who's moved to Oakland to separate herself from her family, particularly her Old World mother who thinks she has "her head in the clouds" and should become a dentist like her older sister.

There's one witness to the hit-and-run, an undocumented man who's terrified of coming forward and being deported to Mexico. But it's another man — a sheriff's deputy named Jeremy, who's also an Iraq War vet and a former classmate of Nora's — who finally cracks the case in a completely unexpected turn of events. Along the way, Jeremy becomes attracted to Nora and she, sort of, reciprocates. As Nora observes, death has a way of "disturb[ing] long-established patterns."

That's a very quick aerial view of the sprawling plot here. One of the only things that unites these various characters is that they all feel squeezed economically. Sometimes that frustration sours into resentment of the other. That greasy spoon diner, for instance, that the hardworking Driss owned and turned into a tourist attraction, sits next to another relic of Americana, a dilapidated bowling alley, owned by an old white guy who's predictably bitter that the 1950s have come and gone and left him in the dust.

The owner of the bowling alley is undeniably a stereotype, but Lalami works hard to complicate most of the other characters here, in particular, ensuring that no one, not even the murder victim, is eligible for sainthood.

Lalami's last novel, The Moor's Account, was celebrated for its mastery of voice, specifically that of its main character, a 16th century Moroccan slave. By allotting what amount to soliloquies to so many disparate characters in The Other Americans, Lalami ups the ante here, with uneven results.

For instance, Jeremy's descriptions of his romantic feelings for Nora, his wonderment about the way "love could crack you open, [and] make you bare your deepest self ..." is the kind of pre-fab declaration you hear in a Hallmark movie.

But, Nora, our main and most textured character, speaks with a spare, angry authenticity. Late in the novel, she's accepted to a prominent music festival; when she arrives she's promptly mistaken for another darker-skinned woman and, then, one of the wait staff. Nora tells us:

For years, I had wanted to be included in one of these prestigious venues, and now that I had finally been admitted into one, I felt out of place.

I was caught between the contradictory urges of running away ... and proving myself ...

Should I stay or should I go? That's one of the core questions Lalami's characters ask themselves, in relation to their jobs, their families and America itself. What The Other Americans lacks in artistic consistency, it makes up for in narrative energy and political engagement. Speaking as a reader, that's more than enough to make me stay.

Read an excerpt of The Other Americans