Accessibility links
Census Citizenship Question: Director Says Bureau Must Be 'Totally Objective' Responding to President Trump's tweet defending the controversial question, Steven Dillingham says his job will be "to conduct a census whether the question's in there or if it isn't." 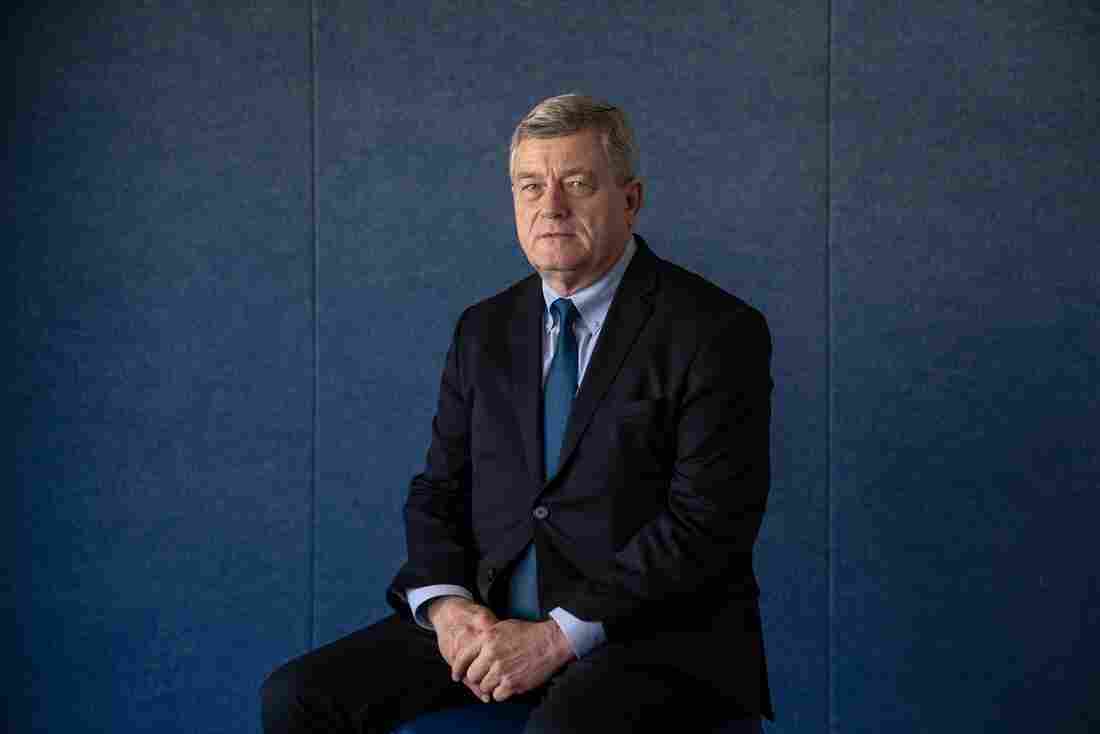 U.S. Census Bureau Director Steven Dillingham leads the agency in charge of carrying out the upcoming national head count of every person living in the country. Amr Alfiky/NPR hide caption 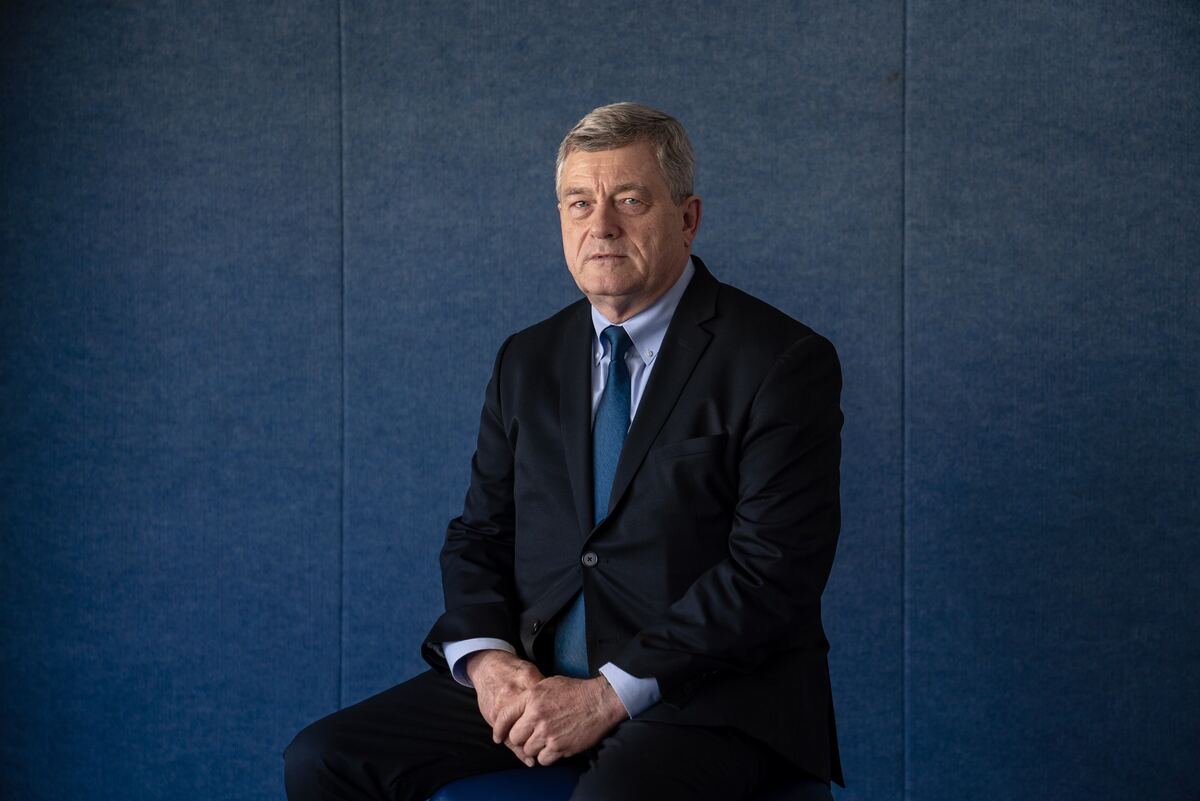 U.S. Census Bureau Director Steven Dillingham leads the agency in charge of carrying out the upcoming national head count of every person living in the country.

Steven Dillingham, the new director of the U.S. Census Bureau, is refusing to step into the controversy surrounding a potential question for the upcoming national head count.

The hotly contested question asks, "Is this person a citizen of the United States?"

On Monday, the morning of Dillingham's most public debut as the head of the federal government's largest statistical agency, President Trump issued his first tweet about the census and the citizenship question as commander in chief:

"Can you believe that the Radical Left Democrats want to do our new and very important Census Report without the all important Citizenship Question. Report would be meaningless and a waste of the $Billions (ridiculous) that it costs to put together!"

"I don't follow tweets, but a few minutes ago, someone mentioned that to me," Dillingham told NPR in his first interview with a news organization since he was confirmed by the Senate in January.

Dillingham said the bureau must remain "totally objective" about the question.

Multiple lawsuits filed by dozens of states, cities and other groups over the question have dragged the bureau into a yearlong legal battle. Two federal judges have ruled to block the administration's plans for the question — an issue that has now escalated to the Supreme Court.

"We think the courts will decide the issue," he said. "Our job at Census will be to conduct a census whether the question's in there or if it isn't, whatever the court decides."

The Census Bureau director spoke with NPR before a news conference at the National Press Club in Washington, D.C., marking one year until Census Day. He emphasized that he has not taken a position on whether the 2020 census should include a citizenship question.

The Trump administration says it wants responses from the question to better enforce part of the Voting Rights Act. Census Bureau researchers, however, say the question will not produce the most accurate citizenship data and it is likely to discourage households with noncitizens from participating in the count.

The uncertainty over the question is putting pressure on the bureau's tight timeline for printing 1.5 billion forms, letters and other paper materials for the census. There are also concerns that it will undermine the bureau's efforts for a complete and accurate head count.

Dillingham, whose nomination to be the bureau's director was announced last July, said he did not speak with President Trump during his confirmation process and has not spoken with the president since becoming the bureau's director. He has been in contact with White House officials, whom he did not name, about the census. The citizenship question, he said, "could have come up in conversations" as it's been "very much a public issue."

"I certainly was cognizant that I would have to deal with the issue, but no one probed me on what my position might be," he said.

In his first three months at the Census Bureau, Dillingham has faced a steep learning curve at a decisive moment for the agency.

While he has led smaller statistical agencies, including the Bureau of Justice Statistics and the Bureau of Transportation Statistics, Dillingham had not worked at the Census Bureau before. His last position was as the Peace Corps, where he led its office of strategic information, research and planning.

Meeting the constitutional mandate to count every person living in the U.S. every 10 years has never been easy. But next year, the bureau is poised to carry out a particularly difficult high-wire act and is facing a bevy of challenges, including legal battles, escalating costs, cybersecurity concerns, and understaffing.

Estimated to cost a total of $15.6 billion, the head count is expected to be the most expensive ever in U.S. history and has secured a spot on the Government Accountability Office's latest list of "high risk" federal programs.

As the first U.S. census to allow every household to respond online, the 2020 count comes with a host of cybersecurity risks. Funding uncertainty has forced the Census Bureau to scale back field tests. The bureau is also facing low unemployment rates and difficulty filling around a half-million temporary census jobs.

In the few public appearances he has made so far as head of the bureau, Dillingham has appeared unflappable amid the maelstrom. The bureau had been left without a permanent leader for a year and a half after the previous director announced an earlier-than-expected retirement.

Supreme Court To Decide Whether 2020 Census Will Include Citizenship Question

"We are where we should be consistent with our plans," Dillingham announced last month in an update on 2020 census preparations during a meeting of the Census Scientific Advisory Committee.

During his confirmation hearing in October, Dillingham avoided taking sides on the debate over the citizenship question.

"I have no plans to voice an opinion on that question," he told senators, handing off the decision ultimately to the courts.

The Supreme Court is set to hear arguments on the question later this month. A decision on whether the question stays or goes is likely to be announced in June, when the bureau says census forms must be finalized so that printing can start on time this summer.

Hafsa Quraishi, an intern on the National Desk, contributed to this report.